1. Industry Kitchen in New York is serving up The 24K Pizza topped with imported white stilton cheese, Ossetra caviar, truffles and foie gras and sprinkled with gold flakes and garnished with edible flower petals. The price is a jaw-dropping $2000, or $250 per slice. The pizza requires a two-day advance notice. 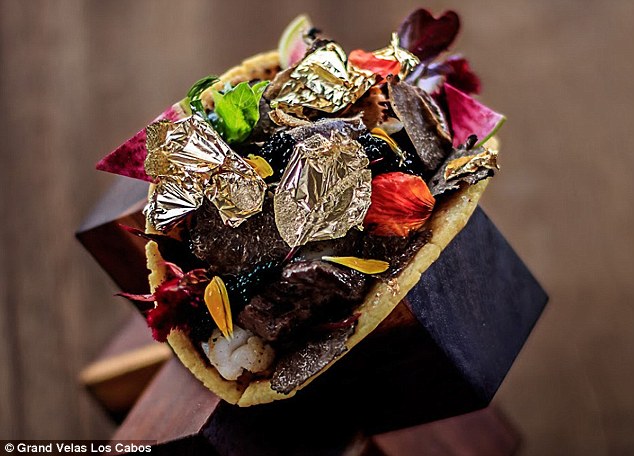 2. Want to spend $24,600 on a single taco? You can at the Frida restaurant at Grand Velas Los Cabos Resort, Mexico. The taco features Kobe beef, langoustine, Almas beluga caviar (the most expensive in the world), black truffle brie cheese, and a salsa of dried Morita chile peppers, civet coffee, and Ley .925 añejo tequila. The corn tortilla is infused with gold flakes and garnished the finished taco. 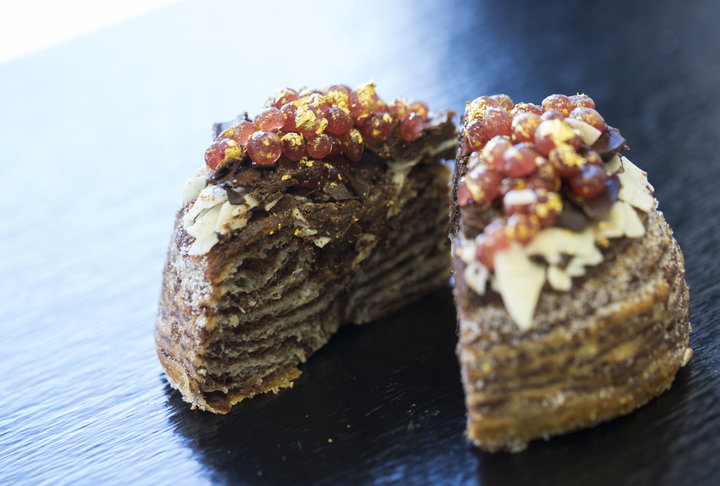 3. Cronuts briefly enjoyed a flurry of fame in New York, but it took a London outfit, Dum Dum Donutterie, to really make them over the top. The delightful mix of a croissant and doughnut is made with saffron-infused black and white croissant dough created with Tahitian gold vanilla beans and AmedeiPorcelana chocolate. It’s topped with more chocolate, gold flakes and Cristal rosé champagne caviar. This delicacy will set you back $1,500. 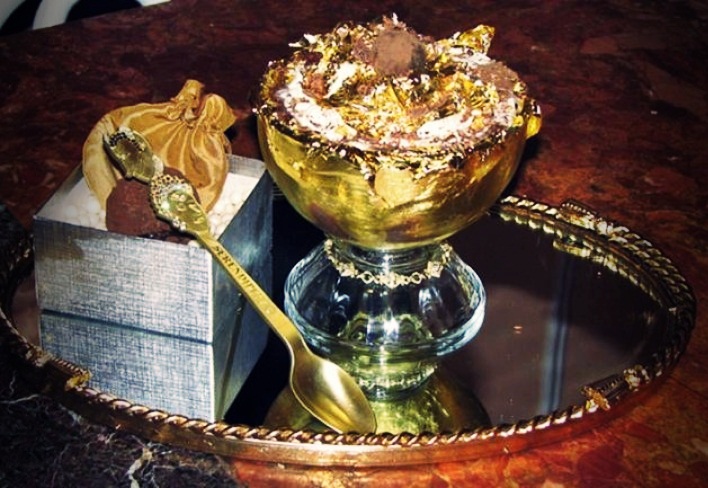 4. Another sweet treat, the Frrrozen Haute Chocolate ice cream sundae is served in a goblet lined with edible gold and a golden spoon decorated with white and chocolate diamonds. The sundae contains 28 cocoas, 14 of which are the most expensive in the world, and is topped with gold flakes. It’s also served with an 18-karat gold bracelet with 1 karat of diamonds in the bottom of the dessert. Serendipity 3 sells these over-the-top confections for $25,000. 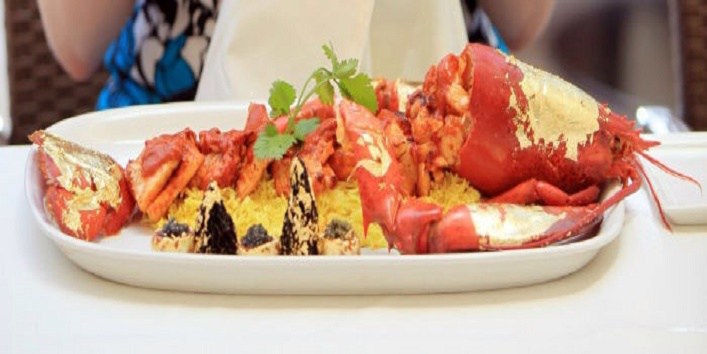 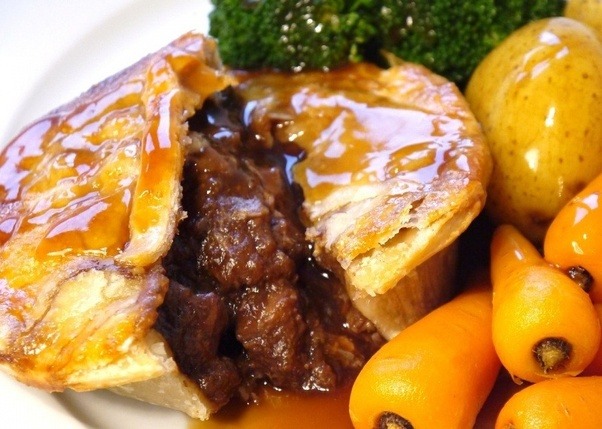 6. The Fence Gate Inn in Lancashire, UK sells the world’s most expensive pie at $14,260, or $1,781 per slice. The meat pie is stuffed with Wagyu beef, Chinese matsutake mushrooms (which cost about $400 per pound), winter black truffles and French bluefoot mushrooms. The gravy is made from vintage 1982 Chateau Mouton Rothschild and the crust is – of course – covered in edible gold leaf. 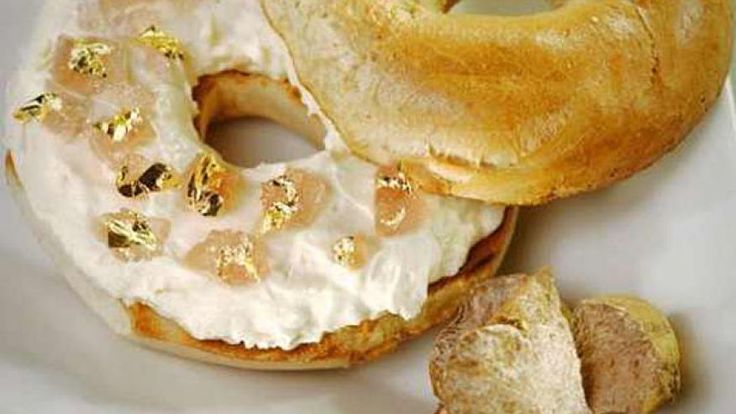 7. It probably won’t be a daily thing but if you want to start the day by dropping $1,000 on a bagel, the Westin Hotel in New York can hook you up. The fancy bagel is smeared with white truffle cream cheese and goji berry infused Reisling jelly and gold leaf. Part of the proceeds are donated to Les Amis d’Escoffier Scholarship, which benefits current and future culinary students. 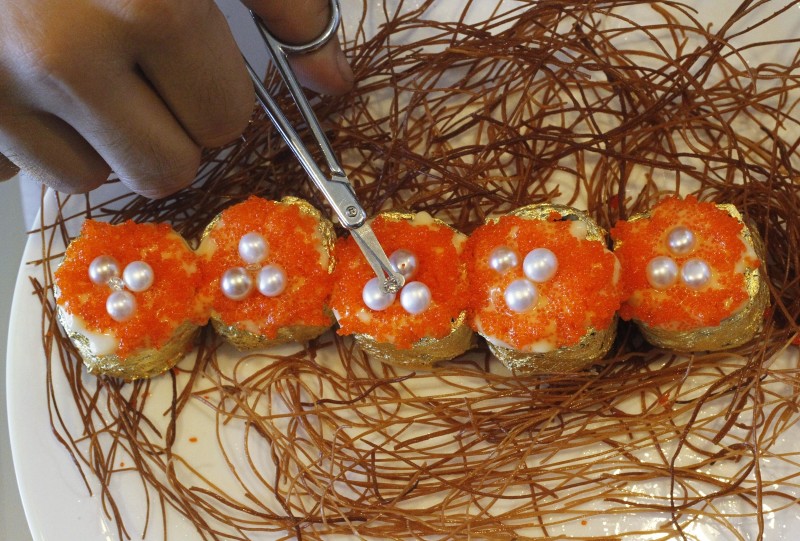 8. Sushi isn’t known for being cheap, but chef AngelitoAraneta Jr. takes it to another level with his sushi wrapped in gold leaf, topped with caviar, Mikimoto pearls, and a diamond. It costs $1,978.15 for five pieces. 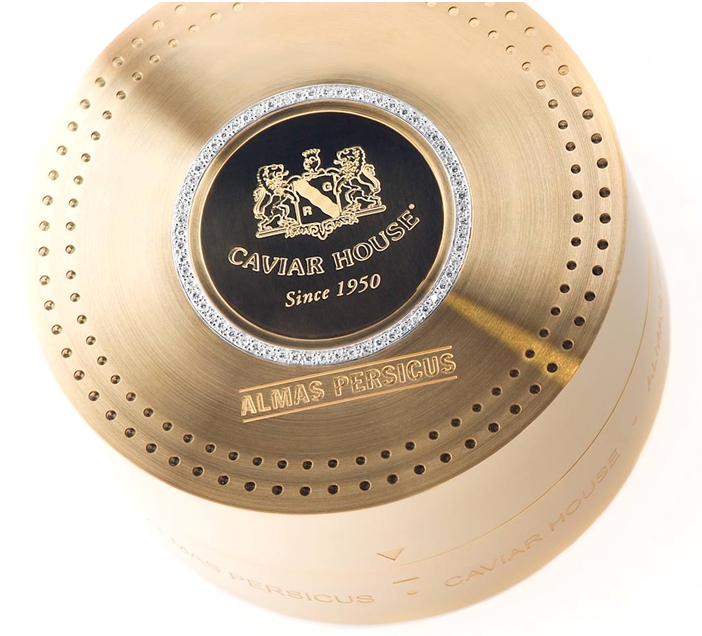 9. Caviar is expensive – but the most expensive is the highly prized Almas caviar from Iran. The only place in the world that sells it is The Caviar House &Prunier in Piccadilly, London. It comes in a tin made of 24-carat gold and costs around $24,000.

10. By comparison, the $5,000 Fleurburger 5000 at Mandalay Bay in Las Vegas looks downright affordable. The patty is made from Wagyu beef and foie gras, it’s smothered in black truffles and truffle sauce and bracketed by a truffle bun. It’s served with a bottle of Bordeaux.