When you think of examples of what it looks like to live a holy, righteous, godly life, the first folks you likely think of are “heroes of the faith” found in the pages of the Bible. God often used these individuals to do pretty awesome things, like freeing people from slavery, killing giants with a sling, and of course, saving souls via self-sacrifice.

Unfortunately, most people only read the parts of these stories where the hero succeeds, leaving them feeling discouraged and dejected, as if there’s no way they could ever live up to these people and their accomplishments.

Well, here’s the good news. Turns out biblical heroes are just as flawed as you and I, having done some pretty horrible things, yet God still used them to accomplish much good. 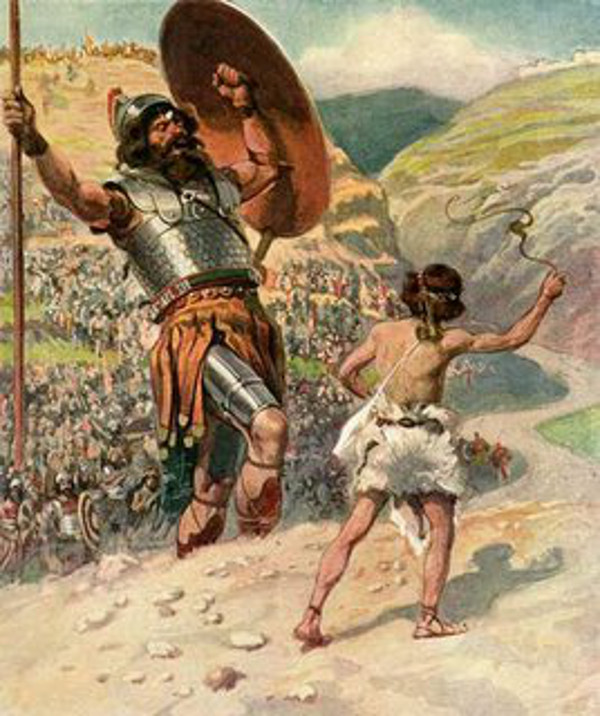 Everyone knows the story of David and Goliath, about the handsome, young Israelite who in the name of God took on a giant and killed him with one swing of his sling. That same young boy went on to become a war hero and the eventual king of Israel and was known by the Almighty as a “man after his own heart.”

What you might not know is that in the book of 2 Samuel, we find out this same extraordinary young man once committed adultery with a woman named Bathsheba, then had her soldier husband, a well-known warrior, murdered in combat in order to cover it up.

David’s sin led to his and Bathsheba’s child dying as punishment for his crimes. Yet Jesus Christ was a descendent of his line and God still used him for great things after he repented of his folly. 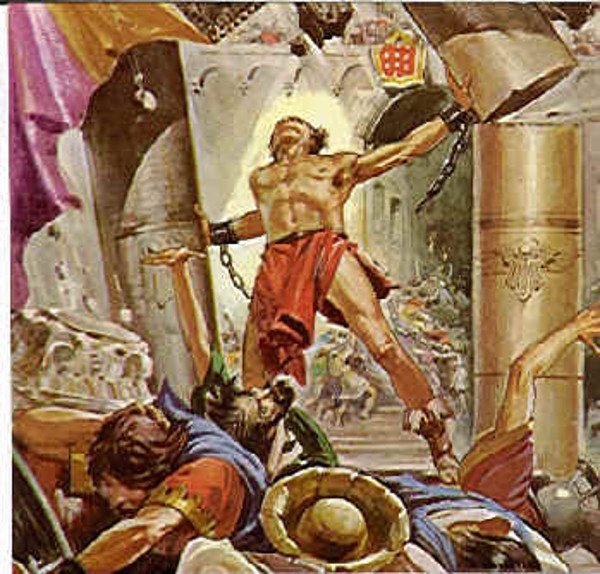 The biblical hero Samson is basically the world’s first, and possibly only, superhero, a man who was set apart by God from birth to be used as a judge against wickedness, endowed with super strength that came from his hair. Samson was a mighty warrior who struck terror into the enemies of God’s people, but as it turns out, he was not all that great of a guy.

Samson regularly broke God’s laws and commandments, slept around with forbidden women, and eventually got tangled up with Delilah. Delilah was a woman from a specific people group that Samson was forbidden from taking a wife from, but he basically violated every oath he took and married her anyway.

She betrayed him, cut his hair, and handed him over to the Philistines, who plucked his eyes out and made him a slave. Eventually his hair grew back, he repented of his sins, and then took out the bad guys by bringing an entire building down on everyone, including himself. You can read his full story in Judges. 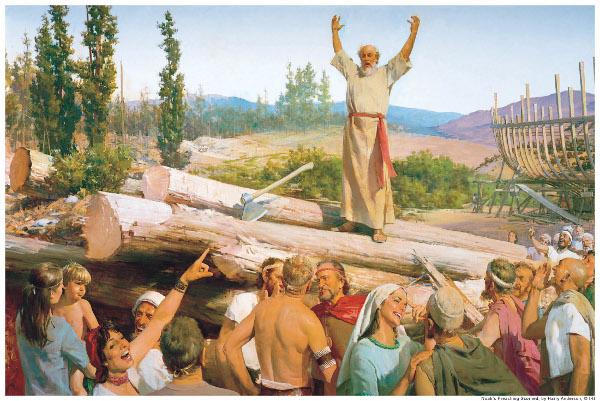 Everyone knows the story of Noah and the flood, right? Animals, arks, olive branches, rainbows, just about every kid learns that story at some point, even those who aren’t religious.

Noah and his family were chosen to be the only survivors out of all the people on the earth after God decided to judge the world and wipe humanity out for their great evil and wickedness. Noah was the only one who was considered righteous, a good man, and thus was spared.

Yet, well after the flood when dry land appeared again, Noah decided to let loose for a bit and got blind stinking drunk. As most drunk fellas do, he passed out naked to sleep it off and ended up getting his naked rear spotted by his children, which was a big no-no.

Even the most righteous man on earth sometimes falls to carelessness and errors in judgment. 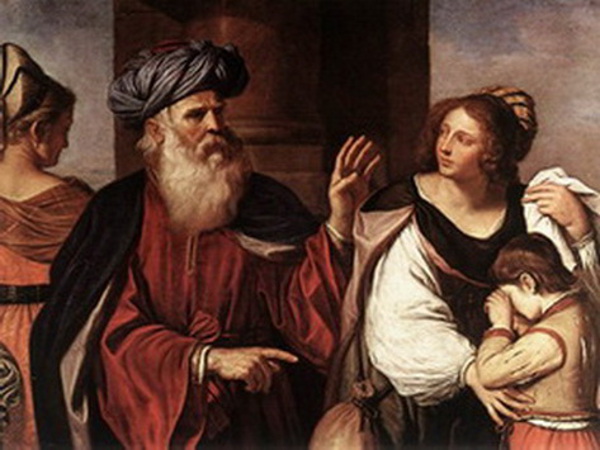 Abraham is considered the father of three different religions: Christianity, Islam, and Judaism, and is widely regarded as an example of what true faith and dedication to God looks like practically in the lives of believers.

Yet this man who loved God and trusted him enough that he almost sacrificed his son at his command — God provided a different sacrifice of course, it was only a test of faith — faltered in trusting God to deliver him and his wife from others. Therefore he lied, and said Sarah — his lovely lady — was actually his sister.

This actually got his wife carted off by strangers on two different occasions, requiring divine intervention in order to set the record straight and get his wife back. 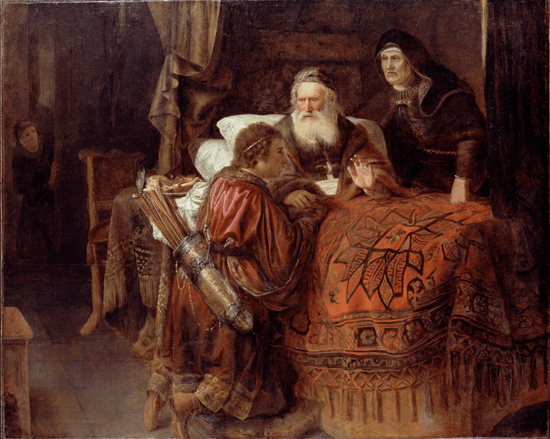 It was through Jacob’s line that the people of Israel would truly come into their own, yet before this man was a giant of the faith, he was a pathological liar and sort of a big jerk.

Jacob duped his brother into selling his birthright by offering him a bowl of stew. Yes, stew. As if that wasn’t bad enough, he also, at the behest of his mother, tricked his sick and dying father into blessing him instead of his brother, Esau.

Later on, Jacob becomes a true man of faith, but it’s safe to say his life got off to a rocky start. 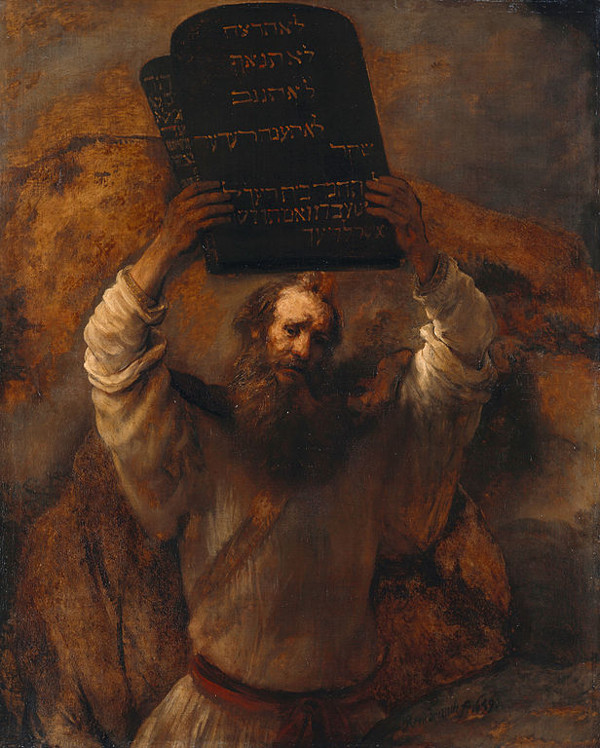 The prophet Moses was chosen by God to help free the Israelites from Egyptian slavery, and helped lead them through the wilderness for forty long years, all while also being his people’s’ representative to God, delivering them the Ten Commandments from the Lord.

While Moses was a pretty decent dude, he seemed to always struggle with his temper. Before being chosen to lead the Israelites, he was a prince who killed an Egyptian, then later on, in the wilderness, God commanded him to speak to a rock so that water would flow out of it for the Israelites. Moses, with his slightly violent temperament, disobeyed this direct command and struck the rock, an offense which God punished by forbidding him to enter the promised land. 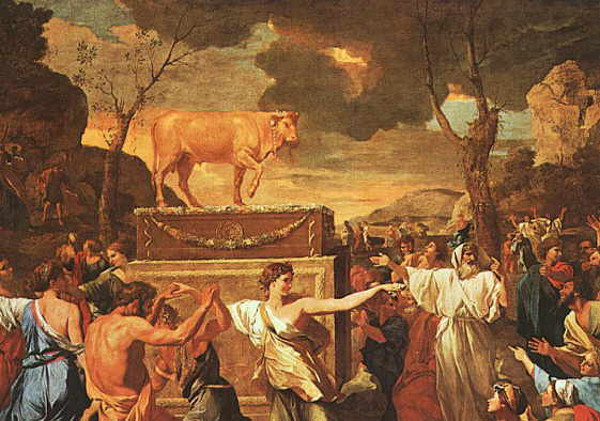 Moses’ brother Aaron, the high priest of Israel, also dropped the ball in like fashion by losing his backbone and giving into peer pressure after folks demanded he make an idol for them to worship.

God isn’t the sort of being who likes to share his glory, attention, or worship, so when Aaron wussed out and made a golden calf and helped the people commit idolatry, He was none too happy.

Idolatry broke one of the Ten Commandments, and it’s no light thing to bring down the righteous wrath of God on yourself, yet Aaron feared man more in this instance and this action led to the deaths of a lot of Israelites. 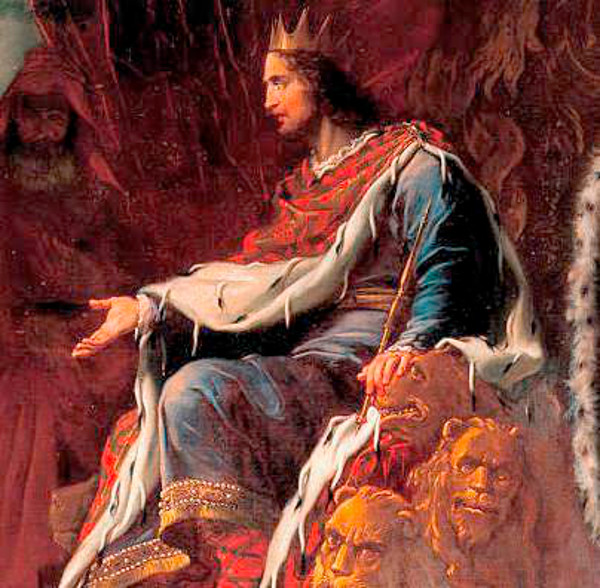 King Solomon, son of David, is known as being the wisest dude in history — besides Jesus — who was also stinking, filthy rich. As a young man, God asked him what he wanted, and he asked for wisdom, and he was given plenty of it.

Yet, despite being the wisest around, he still disobeyed God and ended up as a sex addict with over 1,000 partners, some he married, others he kept around as side chicks.

Seems he checked all that wisdom at the door, right? 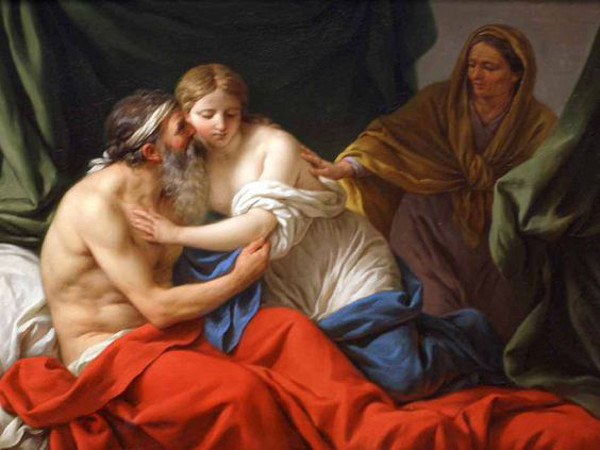 Sarah, Abraham’s wife, would’ve won the coveted “Sexiest Woman Alive” cover for a major magazine had they existed at the time, as she was super good looking. Well, according to the folks who were there at the time.

Despite this, she could not conceive a child with Abraham, and refused to believe by faith the promise made by God to give them an heir when he saw fit, but since it wasn’t right then and there, she lost faith.

Instead of waiting on God, she told Abraham to sleep with another woman and get her knocked up, which he did. This, of course, led to a whole lot of drama, similar to what you’d see on Jerry Springer. 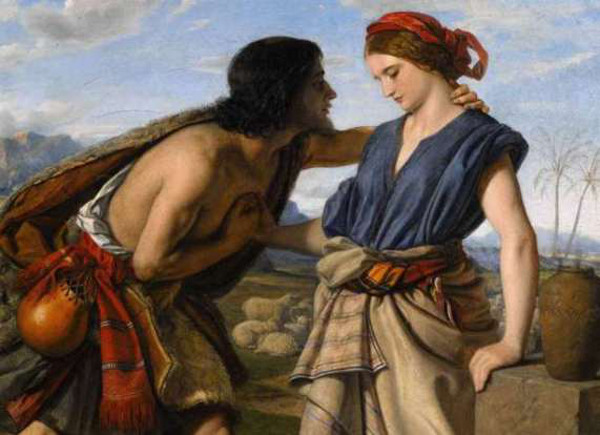 After a long, 14-year wait, Rachel married Jacob, a true account of love at first sight. However, while the pair certainly earned their marriage, Rachel, like her husband, had a serious sin issue.

The girl loved to steal stuff. Rachel actually stole her father’s idols, which further escalated the tension that already existed between daddy Laban and hubby Jacob, surely displeasing God in the process.

As you can see, these “heroes of the faith” are flawed, imperfect human beings, just like you and me. Whenever you get discouraged by your struggles, remember that even the best among us have made some pretty large mistakes, and still managed to do good things.