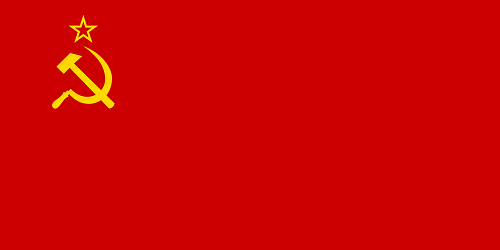 1. Nuclear disaster was only avoided because of one soviet soldier. You can thank Stanislav Petrov for preventing World War 3 from starting, and probably the end of the world along with it. Petrov was working in a command center on September 26th, 1983, when a siren began to blare, alerting him of five American missiles heading towards the Soviet Union. He was supposed to launch a counter attack, but he made a difficult gut call and decided that the warning was a false positive, and did not call his commanders to alert them of what was supposedly coming. It turns out he was right, there were no missiles coming at all. There was a satellite malfunction leading the system to think missiles were coming, when it was just the sun reflecting off some clouds.

2. The Soviets made a movie adaption of “The Hobbit” by J. R. R. Tolkien back in 1985 called “The Fairytale Journey of Mr. Bilbo Baggins, The Hobbit.” Even more strangely, the entire thing is available to watch on YouTube. It’s obviously in Russian, but there are subtitles available.

3. The USSR was around for so long that they have an internet domain name known as .su. The USSR was dissolved 15 months after being assigned the domain .su, despite this, .su is still in use today. There are over 100,000 websites that end in .su.

6. The Soviets drilled a giant borehole in the ground called the Kola Superdeep Borehole that went 7.6 miles deep. The reason? They wanted to see how far they could drill a hole.

7. The Soviet Union didn’t tell anybody that a reactor blew up in Chernobyl until an alarm in a nuclear plant in Sweden went off, picking up radioactive radiation from over 600 miles away.

8. The creator of TETRIS Alexey Pajitnov did not see any profit from his game until 12 years after its release. The reason is because he was employed by the Soviet government, and they took all his profits. Once the USSR fell, he finally began to collect royalties for his creation.

9. It was illegal to deface an image of national leaders in anyway in the USSR. This includes shooting at the images with a gun. Because of this, prisoners would get tattoos of Lenin and Stalin, so that way the guards were not allowed to shoot them. No guards wanted to risk getting in trouble with the law by shooting a tattoo of their leaders, so they didn’t.

10. Less of a bizarre fact and more of a horrifying fact, 80% of men born in the Soviet Union in 1923 did not survive World War 2. World War 2 was a bloody war, but not as bloody for any force as it was for the Soviet Union. Over 8 million soldiers from the USSR were killed during World War 2, and that’s a low estimate. Some estimates say as high as 14 million Russian soldiers were killed. For comparison, 405,000 American soldiers were lost during World War 2. World War 2 was one with British intelligence, American steel, and Russian blood.