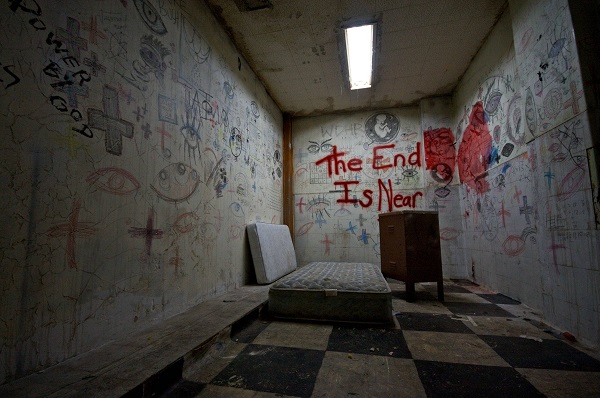 1. The moon landing was faked
One of the most popular conspiracy theories out there, despite that it’s still insane. There is so much evidence in favor of the moon landing being real, such as pictures taken from the moon, and rocks taken from the moon, and the abundance of people that saw it live on television, but alas some people believe it’s a government conspiracy. A lot of the people that believe in this are also flat-earthers, who believe that the earth is flat. When people point out we have pictures of the earth and it’s clearly curved, they rebuttal that argument with the “fact” that the moon landing was faked.

2. Moon Nazis
On the opposite end of the moon landing spectrum, we have moon Nazis. Some people believe that the technology of the Nazis was so advanced that not only did they land on the moon in secret, but they built a base on the moon and are still there to this day. There are not enough words in the English dictionary that can accurately portray this level of crazy.

3. Chinese immigration
Obviously Chinese immigration is not a conspiracy theory, it’s completely normal. However, there is a conspiracy theory that true nut-jobs believe. The somewhat racist idea is that the Chinese government is sending over thousands of their citizens every year to drive incredibly poorly, leading to people in the US getting to work later, thus slowing down the American economy.

4. Sticky plates
The companies that create paper plates have invented a type of sticky paper substance to make their plates with, forcing them to stick together, which in turns makes it so it’s very difficult to get only one paper plate out of the pile. This makes it so that in the long run, you end up wasting a ton of paper plates, and have to buy more than you would have if the plates separated properly to begin with.

5. Dinosaurs were invented by the government
It’s hard to think about this one without busting over laughing, but the idea is that dinosaurs have never existed. They’re just a piece of fiction created by the government to scare people away from travelling back in time.

7. The CIA killed JFK to prevent nuclear apocalypse
In another timeline, JFK decides to push the button and launch nukes at the USSR. This sends the world into nuclear chaos. After enough time, the CIA developed time travel technology to go back and prevent the war from happening in the first place; and to do that they must kill JFK.

9. George W. Bush created Hurricane Katrina
People believe that the US government has technology that can create, or at least control the weather to a certain extent. This explains why Katrina very precisely went over the International Hurricane Research Center in Florida, then went on to destroy many oil rigs right by the Gulf of Mexico. They did it to spike oil prices which put a lot of money directly into their pockets. Seems reasonable to me.

10. Lizard People
The lizard people theory states that all the people who truly control the world and have all the power are part of a secret race known as the Reptilians. All world leaders are Reptilians, and most politicians are too, or are at least being controlled by them. The lizards are manipulating human society and will one day reveal their hand and enslave us all. Right now, they’re in hiding and trying to gain enough power to do.