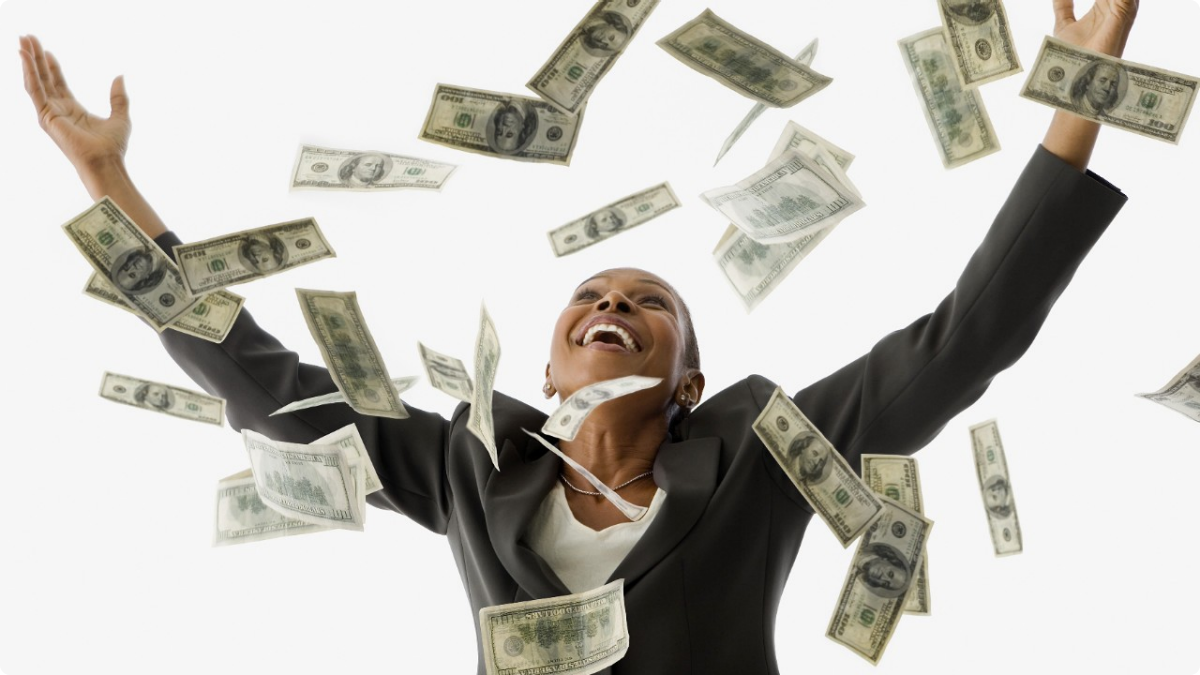 1. David Lee Edwards won a $27 million Powerball ($41 million before taxes) and died penniless at the age of 58, just twelve years after receiving the cash. He spent $12 million the first year of being a millionaire. He spent $1.6 million on a 6,000- square foot house, and another $600,000 house nearby. He bought dozens of cars including a $200,000 Lamborghini Diablo and $90,000 Dodge Viper, and a$1.9 million LearJet. He acquired a fiber optic installation company and a limo business for nearly $5 million. He blew wads of cash on three losing racehorses and paid his ex-wife $500,000 to hand over custody of his daughter. She was too young to drive but he bought her a $35,000 Hummer golf course to drive (which she crashed almost immediately). He was not discreet; he invited a news station to admire his $78,000 diamond-encrusted gold watch and $159,000 ring. When he began to go broke, he sold off his stocks and bonds that a financial advisor invested for him. By the time he died after years of drug abuse, he owed his friends thousands, and he left his daughter without a penny, not even a life insurance policy.

2. Jack Whittacker was already a millionaire businessman when he won the lottery on Christmas Day in 2002, and took home a cash prize of $113 million. But almost as soon as he won the money, bad luck had its way with him. He lost the entire amount in less than five years, claiming he’d been robbed multiple times, including $545,000 in cash from his car, which was parked at a strip club. By 2007, his bank accounts were empty. In 2009, his granddaughter died. In 2013, his house caught on fire, and burned to the ground. His wife was in the house but escaped; it was later determined that she had drugs in her system when the fire broke out. He blamed the lottery win for his bad luck, telling Time magazine, “My granddaughter is dead because of the money. You know, my wife had said she wished that she had torn the ticket up. Well, I wish that we had torn the ticket up, too.”

3. Abraham Shakespeare was an illiterate day labourer in Florida won $17 million in 2006 ($30 million before taxes.) Unlike some others on this list, he didn’t go bonkers once he had the cash. He did move out of his low-income neighbourhood into a $1 million home in a gated community but his only two other purchases were a Rolex watch he bought from a pawn shop and a Nissan Altima. However, the people around him were like vultures. His friend, who was with him when he bought the lotto ticket, demanded $1 million. His friend sued but Shakespeare won the dispute. But other friends, acquaintances, hangers-on, and even strangers were just as hungry for the cash, constantly hounding him for money. One of them was named Dorice Donegan Moore, aka “Dee-Dee”. She launched a business with Shakespeare, and subsequently withdrew $1 million and bought herself a Hummer, a Corvette, a truck, and a vacation. In 2009, Shakespeare’s family reported him missing. Police eventually found him under a newly constructed concrete slab at the new house Dee-Dee had bought for herself. She was convicted of first degree murder and is serving a life sentence in Florida. And the money is completely gone.

4. Michael Carroll was a 19 year old garbage collector when he won £10 million ($13.1 million) in the British national lottery in 2002. When he won, he had never even had a bank account. He immediately went about spending all that cash on hookers, blow, and the usual lottery haul: a £49,000 BMW (for which he didn’t have insurance), a mansion, jewellery, a cool £1 million each to his mother and friends, crazy parties, and ridiculous hijinks (catapulting steel balls from his Mercedes Benz and breaking 32 car and shop windows). By 2010 he was completely broke. He applied for his old job as a garbage collector and was turned down.

5. In 1988, William Bud Post won $16.2 million in the Pennsylvania lotto. Post opted for 26 annual payments of $497,953.47, and three weeks after he received the first payment, he had spent over $300,000 of it on gifts, a liquor license, a lease for a restaurant, a used car lot, an airplane (he didn’t have a pilot’s license). By three months after the win, he owed $500,000. The next year, he spent $395,000 a mansion in Oil City, Pennsylvania. In 1989, his brother hired a hit man to kill him, but he lived through that. That same year, his ex-wife claimed he owed her part of the winnings and a judge ruled that he had to give her 1/3 of the cash. He married seven times; he was in and out of prison, and at the end of his life he was $1 million in debt and surviving on food stamps.

6. While winning the lottery is rare, winning it twice is almost unheard of. But Evelyn Adams won the New Jersey lottery twice, five months apart, for a combined sum of $5.4 million. She was a compulsive gambler, however, and feeling super lucky (seriously, who wouldn’t?) she went to Atlantic City where she promptly lost it all. Today she is penniless and living in a trailer park.

7. Janite Lee was a South Korean immigrant who won $18 million in the Illinois lottery in 1993. She moved her family into a $1 million home in a gated community in St. Louis and then went about giving away her money to Democrat politicians. She donated huge sums to Bill Clinton and Al Gore, and even spent enough to have her name put on a reading room at the Washington University School of Law. However, within eight years she was in bankruptcy court. In 2001, at the age of 60, she filed Chapter 7 and listed her assets as $700 and her debts $2.5 million.

8. Sixteen year old Callie Rogers won £1.9 million ($3 million) in the British lottery in July 2003 and did what every teenage girl would do: she bought cars, houses, lavish vacations, designer clothes, crazy parties, and breast implants. Within six years she had moved back in with her mom and had taken three jobs to make ends meet. She told the Daily Mail, “My life is a shambles and hopefully now [the money] has all gone I can find some happiness,” she said. “It’s brought me nothing but unhappiness. It’s ruined my life.”

9. In October 2005, Lara and Roger Griffiths won the British lottery, taking home £1.8 million ($2.35 million). The couple quit their jobs and promptly embarked on a shopping spree. In the first ten days, they spent £15,000 on a convertible Audi, and a five-star vacation to Dubai. Upon their return, they got serious about spending and bought a £800,000 barn conversion in the picturesque village of Wetherby, West Yorkshire. They then spent £25,000 on refurbishments and £18,000 on furniture. But the spending didn’t stop there. They put their daughters in private school for about £20,000 per year – each, bought a Porsche, and a Lexus, and went on long super-luxe vacations to Rome, New York, and Monaco. Lara spent days at Louis Vuitton while Roger went on a self-improvement program, having his teeth whitened, buying designer clothes, and getting Botox. He also spent £25,000 recording an album with his mates from university, which sold 600 copies. They also bought some investment properties and a beauty salon. All the properties lost value, and then – of course – all the money dried up. It had lasted just under six years. The couple are now divorced and none of the money remains.

10. Billy Bob Harrell Jr. won the Texas Lottery jackpot of $31 million and in 20 months was completely broke. Here’s how he did that: he quit his job at Home Depot and bought a ranch and several other homes for himself and family. He bought cars for his wife and three teenage kids. But what really led to the downfall was the fact that he gave money to literally anyone who asked. And not just what they asked for – often he’d give them double what they asked for. He relished being known as a soft touch with money. But soon – too soon – it completely broke him. Just 20 months later, he was out of money. He then took his own life, putting a shotgun to his chest and pulling the trigger.