Have you ever seen a picture that you just stared at it and thought “what the heck is that?” Well you’re about to see 10 more and even with the explanation you may think these are faked or photoshopped but they are not. These are 10 pictures that definitely need an explanation to make sense. 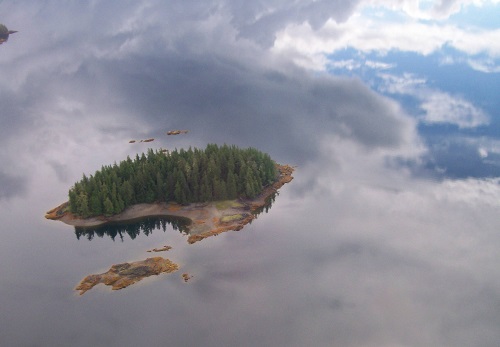 1. This is not a mystical floating island, nor is it a painting. This is water that so still and crystal clear that it’s perfectly reflecting the sky above it, making it seem as if this small island located in the middle of this pond is soaring in the clouds. 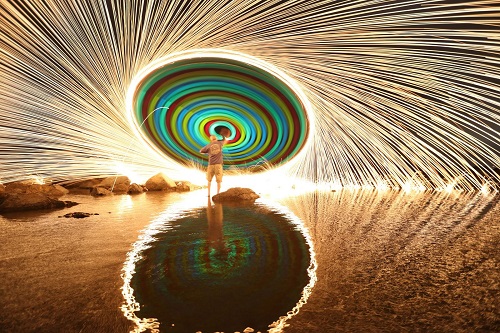 2. This is a long exposure shot of a photographer swinging a string with a ton of glow sticks on it, that has burning steel wool attached to the ends of it. Credit to Chris Matthew Brady. 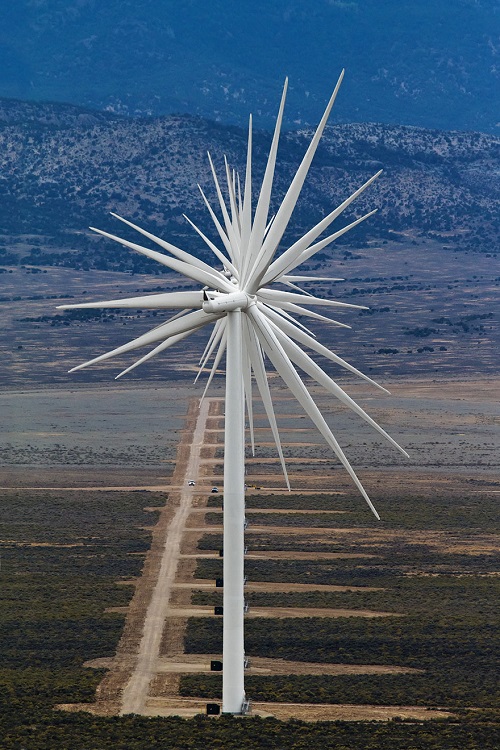 3. This picture was taken at a precise moment where all 14 of these wind turbines were spinning in a way where none of the blades were overlapping with each other. 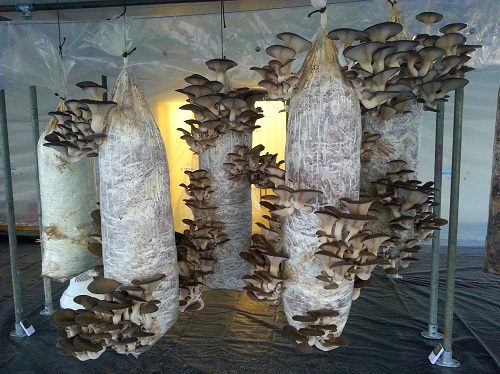 4. This is a common farming technique to farm oyster mushrooms. The hanging bags are filled with a manure and mulch mixture that ends of mimicking the dead hardwood trees that these mushrooms typically grow on. 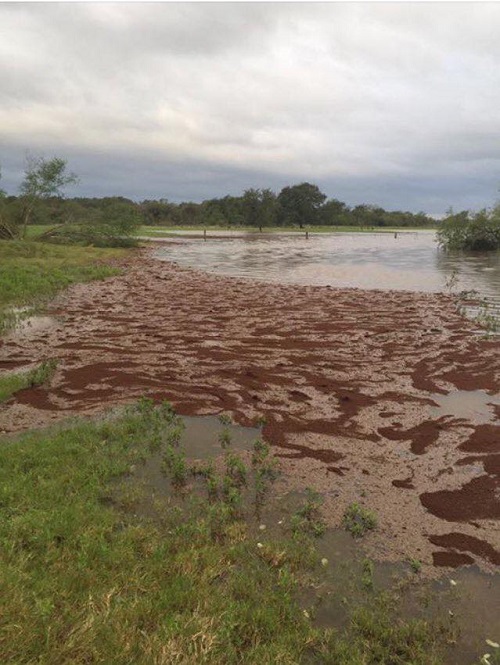 5. Is this a swamp, or an Eastern European bog? Nope it’s millions of Texas fire ants pulling together to survive the flooding from hurricane Harvey. 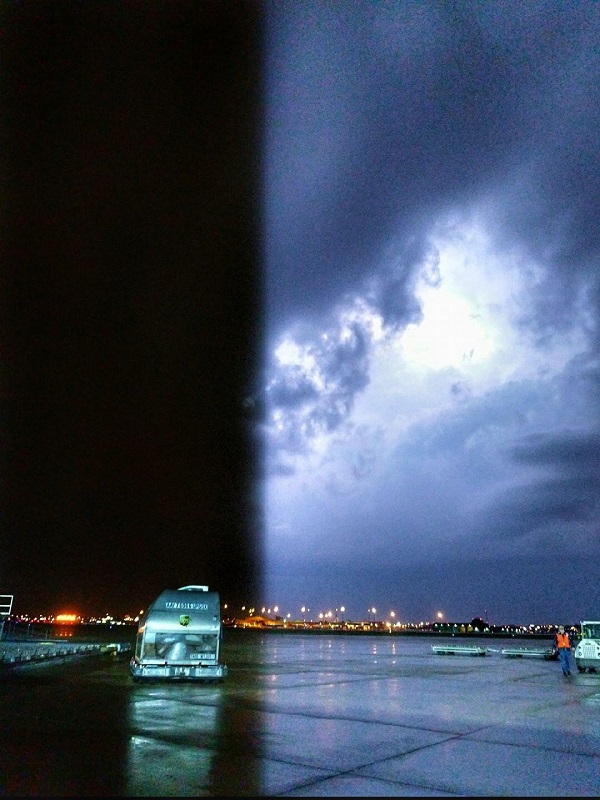 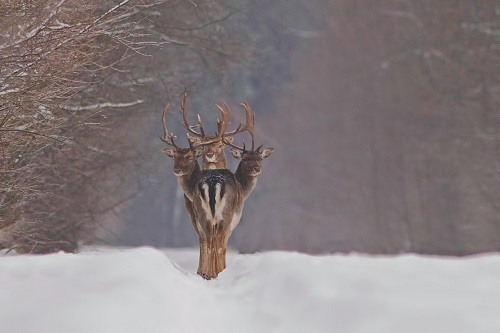 7. This is not a monster caught on camera, nor is it a photoshop. This is three different deer that are all walking in a perfectly straight line, who are all happening to look backwards at the exact same time. 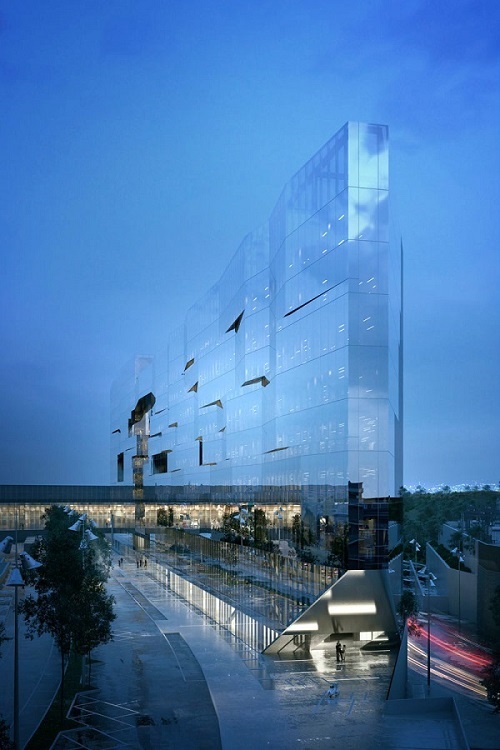 8. This is a building located in Italy. The outside of the building is made with mirrored glass, meaning that at certain lightings and angles, the building will almost look invisible. 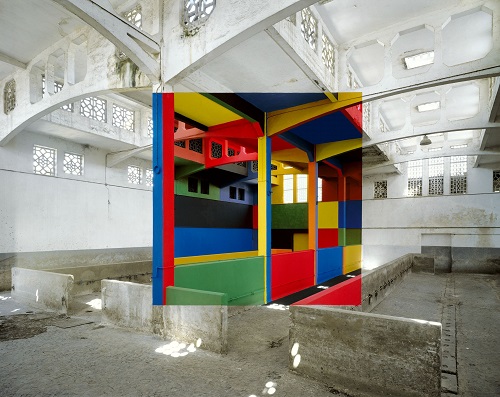 9. This is not a photoshopped picture, this section of the building was painted with anamorphosis in mind. Anamorphosis is when an artist creates something where you can only see the true picture by looking at it in a very particular way, whether that’s from a certain angle or with a special lens. In this case, you need to look at the room from this angle to see it. 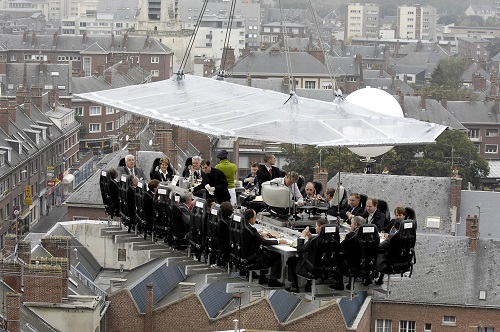 10. This is a restaurant in Belgium. A crane lifts the customers, table, and waiting staff 150 feet into the air!