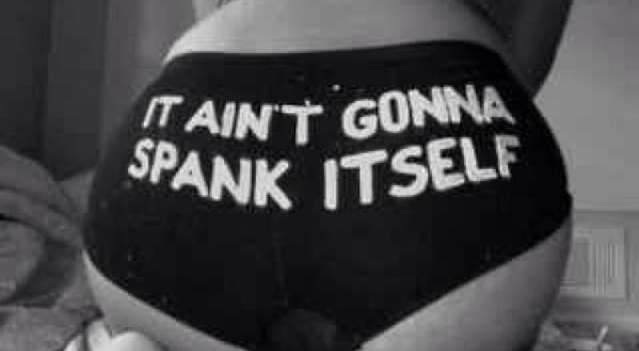 We all have things that go through our heads when we’re having sex and they aren’t always super sexy thoughts either. We ladies can have entire conversations with ourselveswhile our partner is inside of us. Heck, we talk all the time so having a silent conversation in our head during sex isn’t as strange as it sounds. So, here are 10 thoughts all women have during sex and why.

1. Maybe I should moan louder so he will step this up a bit?
Sometimes an orgasm isn’t going to happen. It’s not anyone’s fault, it just is. Once a woman realizes she’s not having one, she’d like to wrap up the sex and go do something productive instead. We don’t want our partner to feel bad, especially if he did his best to make it happen so we fake it occasionally. He feels good and we can go to sleep, watch t.v. or whatever.

2. Did I pay that bill?
Yeah, sometimes random crap pops in there. We don’t do it deliberately. It also throws off our mojo a bit because we’re going to want to check. We may fake it here too or just start yelling out crazy stuff like “oooh baby, yeah harder, harder or faster, faster” because that is most likely going to bring us to orgasm unless he comes too quickly. Either way, we can double check that bill.

3. Did he just come? Really?
Things are moving oh so nice and the build-up is happening. She is well on her way to a mind-blowing orgasm and then he makes that sound, stiffens up and then plops. Then we hear Bob Uecker’s voice “just a bit outside”. Damn, damn, damn…

4. I wonder if I can sneak this fart out without him noticing.
Okay, I know this sounds terrible but we’re human and we fart too. Sometimes the urge strikes us and hopefully it strikes when it’s when there is a penis in the vicinity rather than a tongue, if you catch my meaning here. The urge happens during sex sometimes and is made worse when the position is missionary rather than doggie or cowgirl. Having all that extra weigh on top makes it harder to hold in, which almost every woman on the planet would rather do but it’s not always possible.

5. Does he really think that squeezing my boob a few times is foreplay?
Seriously guys a peck on the lips and a couple squeezes on the tit does not foreplay make, okay? We need the foreplay to get our working parts ready for action and without it…ouch. Little or no foreplay is likely going to create a situation like #1 except this time we’ll blame you – in our heads if not outright. Yeah, we’ll fake it but you’ll pay for it later, we are petty like that.

7. I’m hungry.
We’re human and we get hungry. Deal with it. I mean you don’t want our thighs to cramp up while in a reverse cowgirl, do you?

8. I think the dog/cat is watching.
Dogs and cats are so weird, they will totally watch you bang. Some people don’t care but most of us find performing for an audience awkward. I always worry that they will try and stick their nose someplace it does not belong. Literally.

9. Why do my boobs always go into my armpits?
Women are generally always worried about how their bodies look and that’s when we have our clothes on. Once we’re naked we notice everything like the boob thing. Smaller breasted women will complain that they look flat or become a large set of nipples and not much else when on their back. Larger ladies have boobs that go sideways right into the pits, bend us back far enough and then we get strangled. Boobs…they look nice but they cause a lot of trouble during sexy time.

10. Seriously, how do you not know where the clit is?
We really need you to get fully acquainted with the clitoris. It’s not GPS accessible so you’re going to have to locate it on your own or you could ask. If you’re rubbing till your hand cramps or licking till your jaw aches and moaning isn’t happening widen your search area. If you hit a hole, go up slowly about an inch or so. If it is more than an inch away from the vagina, orgasm through vaginal penetration alone won’t happen so that clit is going to be your salvation. The clitoris accounts for nearly 70% of all orgasms in women so you really need to locate it and give it a good workout.