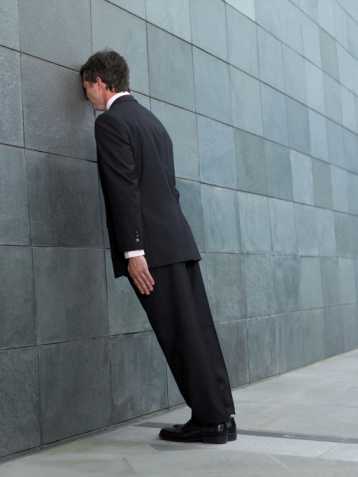 There is nothing on this rock more frustrating than to listen to an uniformed person give their opinion on a subject they think they know simply because they read it or heard it somewhere, once. For those of us who actually know about particular subject the uninformed opinions of others make us want to bang our head on a brick wall. Perhaps one day in the future we’ll be able to spot the informed people among us because they’ll be the folks with flat foreheads.

1. “Religion is for stupid people”.
While I’m not particularly religious myself I do know that religion crosses all lines including race, nationality, sex, sexual orientation, political leanings, economic levels and yes, even IQ levels. There is a long list of famous scientists who believe(d) in “God”. Names like Galileo, Isaac Newton, Einstein and Pascal should ring a bell to even the most uniformed people among us. If you’d like to be more informed on this particular subject you can see an informative list of religious geniuses here.

2. “There’s a difference between Freedom of Speech and Hate Speech”.
Sorry to inform you but there is no such thing as “Hate Speech”. ‘Hate Speech’ is a catch all phrase for those who wish to control speech as well as thoughts, PERIOD. There is, of course, speech you personally hate but that cannot be taken away from the speaker thanks to Freedom of Speech. In fact, the whole reason for the right to Freedom of Speech is to protect speech, which is unpopular, from being shut down. The only speech that is not protected is speech that incites violence. So while you cannot promote the violent attack of a person, place or thing you can state your hatred for that same person, place or thing without legal retribution by the state/government. The answer to speech you ‘hate’ is more speech not less. So rather than trying to shut down speech you hate consider countering it with different speech that promotes your ideals. That’s the adult thing to do.

3. “The opposite of Love is Hate”.
Love is an emotion. Yes, it’s a positive emotion as opposed to hate, but it’s an emotion nonetheless and therefore its opposite is not another emotion like hate. The actual opposite of love is apathy. Apathy is the lack of care or concern. To be apathetic about something is to feel nothing at all about it. So, if you love someone and then lose the ability to care about them or have any feelings for them whatsoever you have discovered the opposite of love. As emotional beings it’s rather hard for us to go from love to apathy, which is a good thing.

4. “Rich people are evil”.
I’m not going to waste your time with lists of millionaires and billionaires who donate a large portion of their hard earned money to charities that do good work all around the world. You can google those lists for yourself. I’m also not going to give in to the urge so say that the only people who say that are just jealous. What I will do is point out that many of those ‘evil rich’ people have created and invented things that have made the world a better place to live for all of us. The computer, invented by a rich person, has made life better for billions of people as has the invention of the ‘smart phone’. When someone invents something so life altering that the human path of evolution is forever changed they deserve to get rich. Same can be said for a scientist or doctor who discovers a way to improve your health or quality of life. So rather than make blanket statements about rich people to fit an agenda why not just try to find your own way to impact the world and see if the money doesn’t follow for you also?

5. “Capitalism is evil”.
Capitalism is an economic system based on the individual’s ability to provide for him/her/self. Of course capitalism needs a free society of free people to succeed properly. Capitalism breeds competition and weeds out the bad products and/or services when the purchasers use their money to determine the best. Capitalism helps to bring even the poorest people out of their economic circumstances and change their lives forever. When a woman in Africa who spent her entire life barely surviving on food aid can start selling her handmade headscarves on the internet and become ‘rich’ you see the results of true capitalism. Of course, as with any system, bad people with evil intentions can ruin the reputation of said system. Yet again, unlike a government sponsored system, true capitalism can and will weed out those evil abusers when the customers take their money and support elsewhere.

The only time capitalism is truly ‘bad’ is when the government uses its powers to prohibit certain folks from participating in the system while promoting others. This government interference is not part of true capitalism and can be the blame for any realistic criticism of capitalism. Will there always be more ‘poor’ people than ‘rich’ people under capitalism? Probably but not because poor people cannot become rich through hard work but because many folks simply choose not to exercise their abilities in a capitalistic manner. These choices are not the fault of the system but more the fault of the participants. You can choose to work for yourself or someone else or do both but what you can’t do is blame the system which is based on input by the individual.

7. “A Living Wage is a Human Right”.
Wages are determined by the supply and demand economic model. If there are more jobs than workers then wages will rise. If there are more workers than jobs then the wages will go down. This is not rocket science. It doesn’t matter if you work 10 hours a day, 7 days a week. You are not entitled to more than the market will support. If you cannot live on the wages you are paid then you are living above your means and need to scale back your costs. If you want to afford yourself a certain standard of living then you need to find a different vocation that has a higher wage.

This fact may mean that you need to add to your education level and that’s your responsibility. If there were as many doctors are there are fast food workers then doctors would make the same wages as those workers. The fact is that you and you alone are responsible for your wage. You can either put in the effort to get an education for an in demand vocation or not. It is not however up to your employer to pay you what you think you’re worth. It’s up to them to pay you what they think your work is worth and what the market will bear. Period!

8. “Guns are Dangerous”.
Guns are no more dangerous than any other object you maypossess. Guns are an inanimate object that possess zero power unless or until it is used by a living being. Of course the same can be said for baseball bats, knives, clubs, machetes, cars, trucks, etc. The truth is that you’re more likely to be killed by your own diet, alcoholism, a car, a baseball bat or even your own government than you are your gun.

9. “My Vote Doesn’t Count”.
Actually, every vote counts. Even if your candidate loses your vote still counts. In narrow election victories the votes of the losing group speak to the winner and let him/her know to take their concerns seriously since such a large margin voted “the other way”. There have also been several elections where a single vote declared the winner so yes, your vote counts. Every vote counts!

10. “You Can’t Say That”.
There seems to be a group of self-appointed speech police out there among us that try to dictate to us what we can and cannot say. Some of them are simply trying to impose their version of politically correct language while others are trying to change not only our speech but our hearts and minds as well. While we all know that being rude isn’t socially acceptable in most circles the truth is we can and should say anything we want. When people talk the same way that they think we quickly find out exactly who they are and how they think. How is that a bad thing? Wouldn’t you want to know if someone is a terrible person or would you rather live in ignorance because the speech police have curbed them from speaking from their heart? If someone around me started spewing out racial slurs or disgusting epithets I wouldn’t stop them. It lets me know exactly who I am dealing with which then gives me the power to make an informed decision about them and whether or not I want them in my life. Being informed is always a good thing.

11. “The Science is Settled”.
I’m not going get into Global Warming here, just the statement that the “science is settled”. It’s not nor will it be until its history. I know this because back in the 1970’s science ‘proved’ that we were headed for another ‘mini-ice age’. Of course that didn’t happen so the science was wrong. Recently we’ve heard that we’re headed for a “settled science” global warming event’. Yet even more recently that has been amended to be a “settled science” on “unsettled weather” due to manmade pollution. None of us ‘know’ for sure what is going to happen and science is always changing thanks to ongoing investigations. The same scientific practices that are now predicting unpredictable weather once told us that the earth was flat and that the sun revolved around the earth. So let’s go with what we know and be more curious about what we don’t without making science infallible because it is….