If a toy company hits upon the next Must Have trend in play for the holiday season, they can satiate their shareholders for decades to come. So we imagine that toy designers are under a tremendous amount of pressure to create something every kid demands.

Maybe too much pressure.

The fifteen monstrosities and bad ideas that follow might be evidence that toy designers have mental breakdowns from to time. Maybe they just hate children. Anyhow, only look at these with the lights on. And don’t show any actual kids. 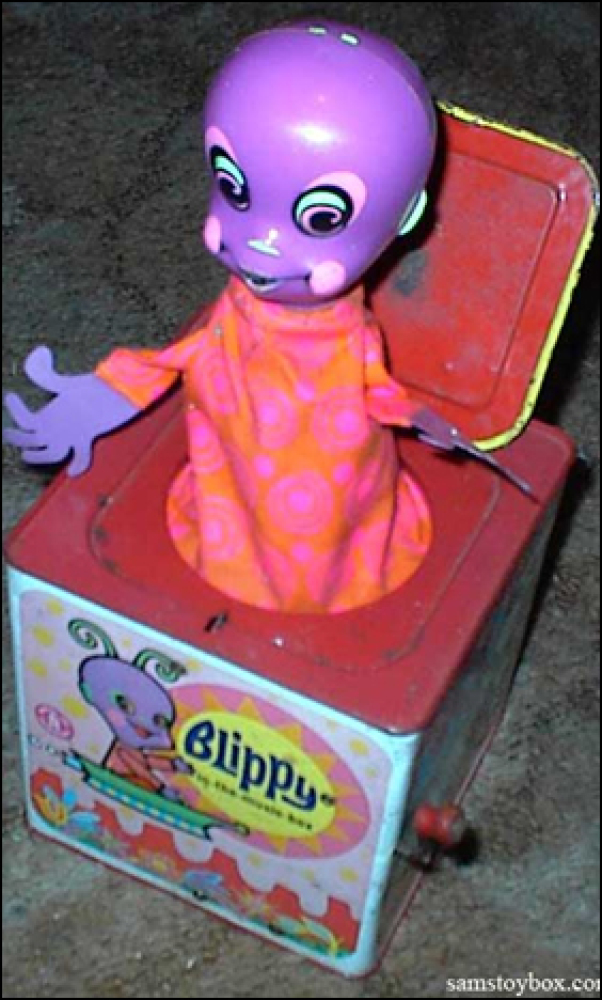 Mattel apparently believed that Blippy the purple space alien would delight children. Sadly, the 3D execution does not match the adorable cartoon on the box in ANY discernible way.

14. Okay was Mattel literally trolling everyone in the ‘60s? 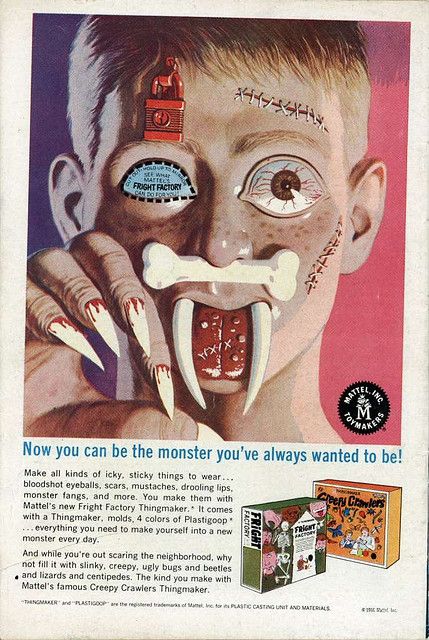 Allow your boy to turn himself into a ghoulish pastiche of horror just in time to give your dad who fought in WW 1 flashbacks to when he saw his dead friends in the trenches of the Somme.

13. Oh sure, infestations are super fun. 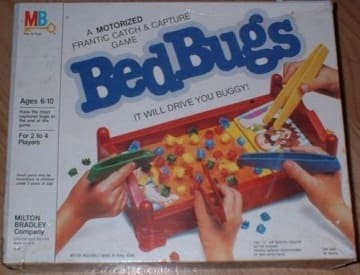 Thanks to our friends at Board Game Geeks for reminding us of this ill advised diversion. 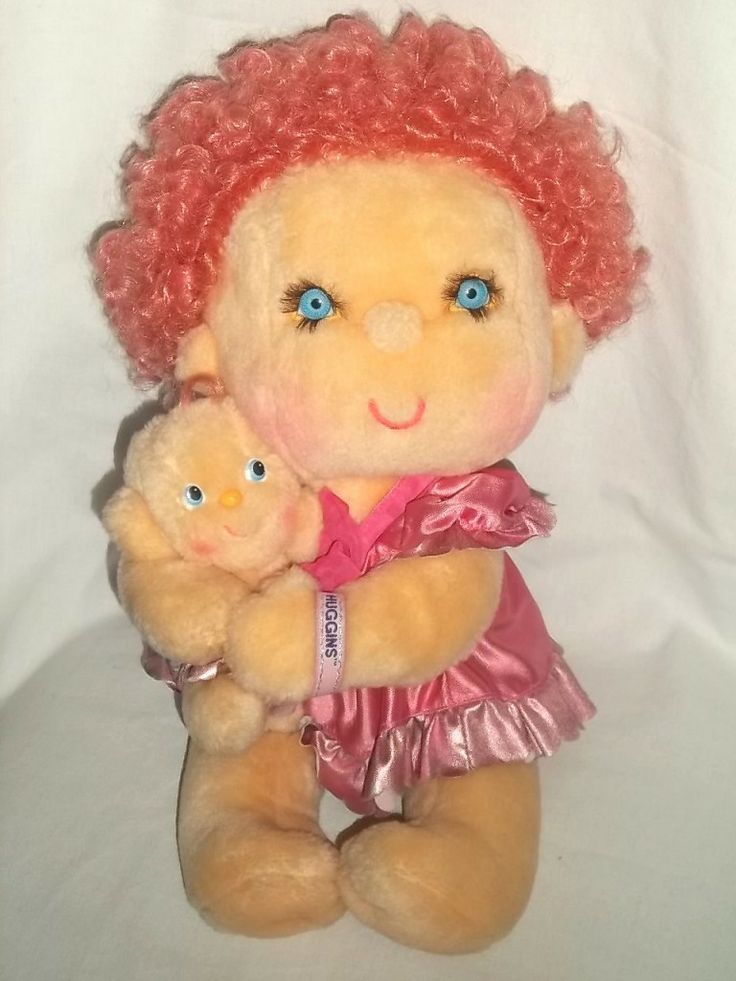 I remember these. They were like Richard Simmons on angel dust clinging to babies. Nobody wants to see that. 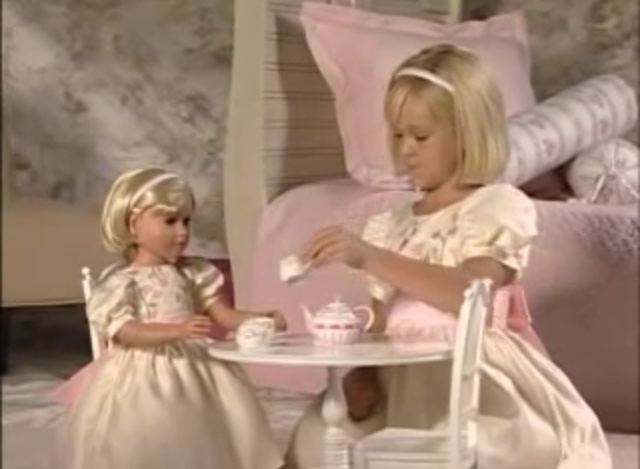 The good people of My Twinn seemed to take great pride in producing a hand painted doll lovingly crafted to look exactly like your child. But also isn’t this basically how all spells to ensnare a child’s soul begin? 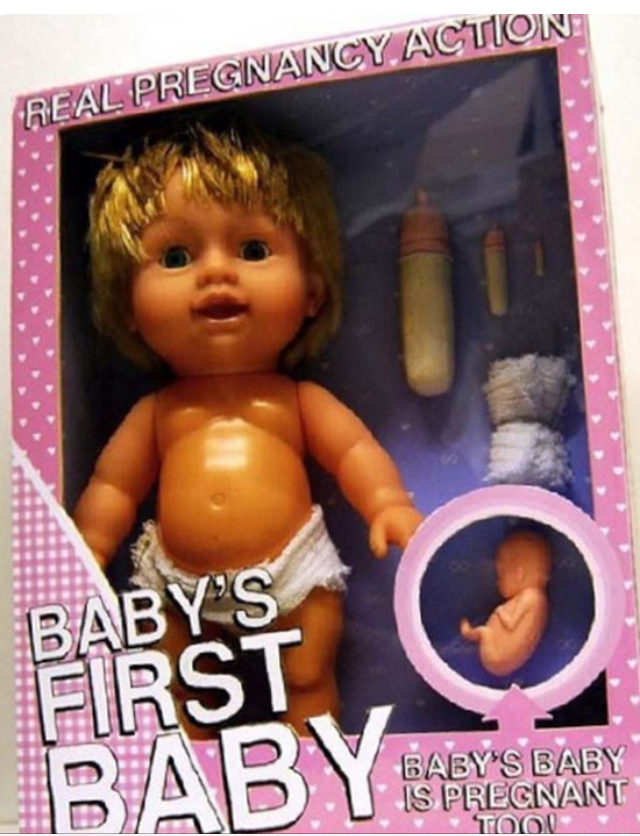 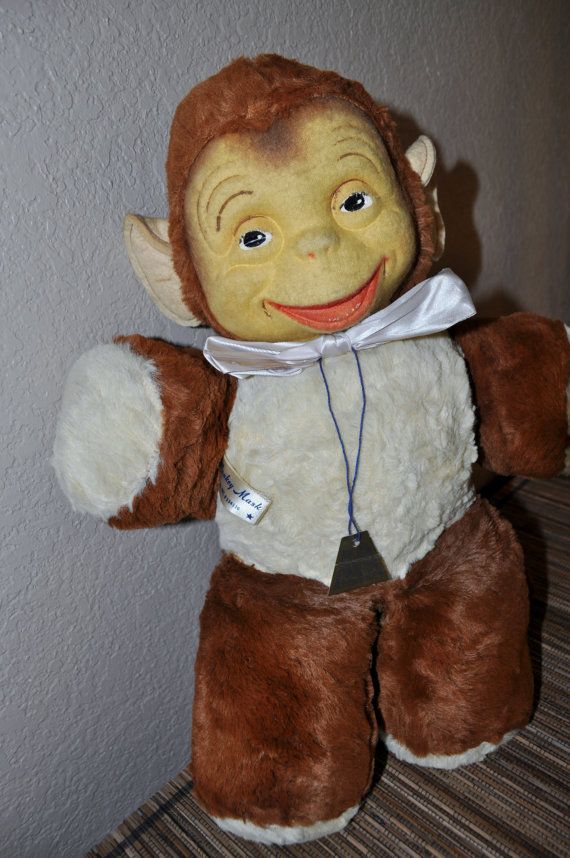 I feel like this inspired the Teletubbies, Gremlins, legalized marijuana, and also Billy Crystal somehow.

8. Stop with the lifelike dolls already. 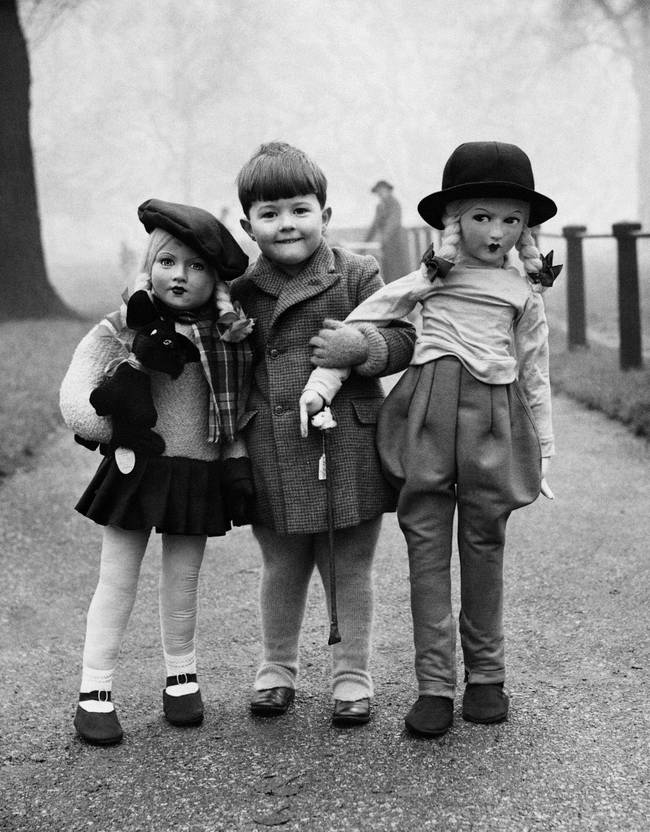 This uncanny valley crap sends people to psychoanalysis, you guys. Just end it. 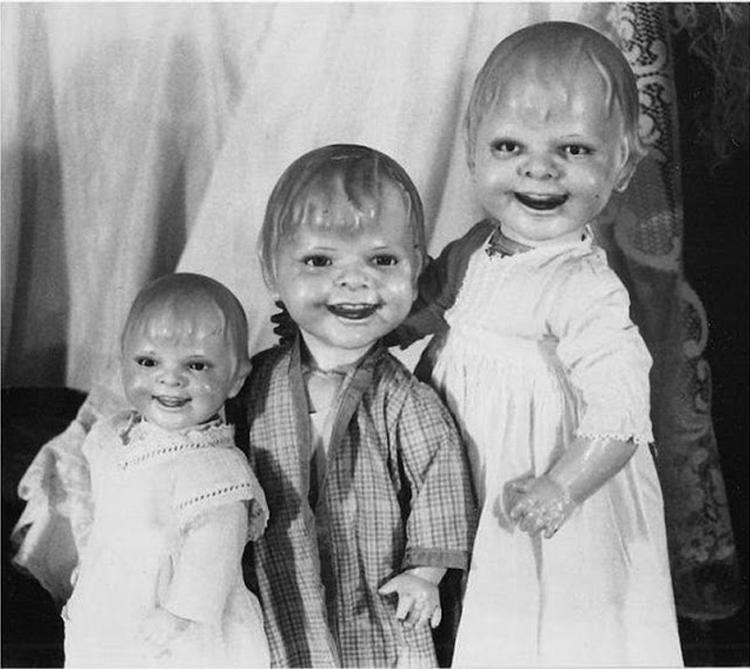 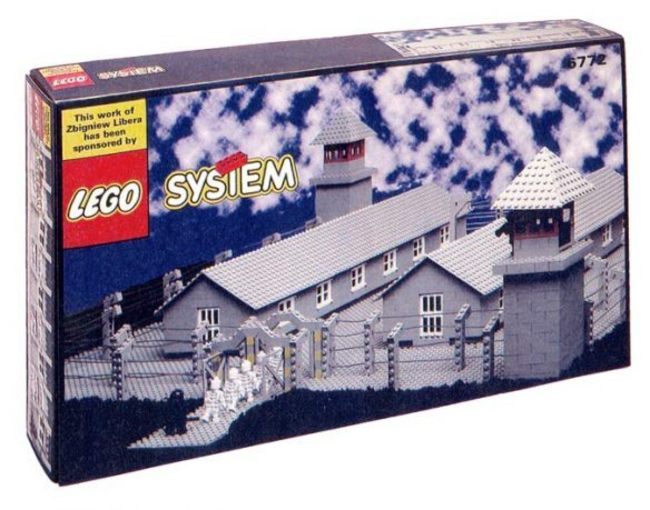 The Lego company did not actually make this, thank God, but Polish artist Zbigniew Libera did. Lego even tried to get him to retract the work, but he saw that as a form of censorship, and they backed off. 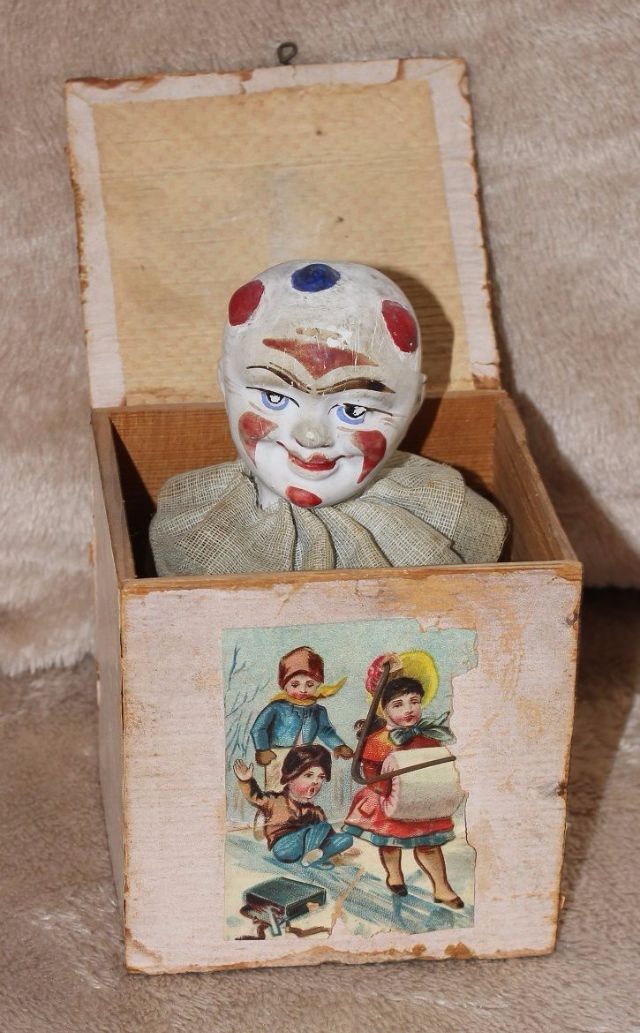 He is coming for you. He has already eaten your dog.

Salvador Dali* took one look at this and said, “That’s f*cked up.” 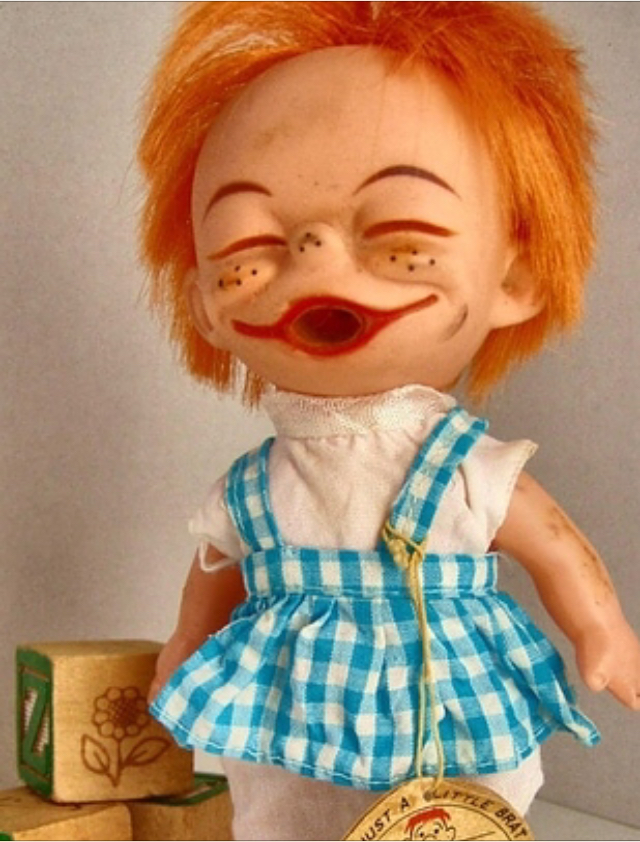 These were popular in ‘60s Japan. These people survived a nuclear assault, so I’m loathe to judge, but this is beyond the pale. They apparently came with a balloon you could insert in the mouth, and it would inflate. Without that balloon, it looks like someone tried to open a bottle of beer with a child’s teeth. It’s just gruesome.

2. This designer must be stopped. 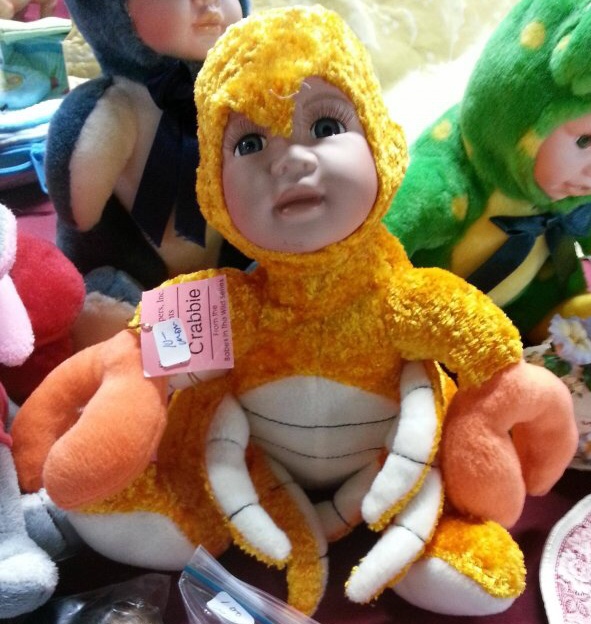 Points for the soulful little face, but WHAT IS THIS NIGHTMARE CRAB BODY?! Why would you do this to a child? There are so many things anatomically wrong with this concept that nothing short of LSD and a horrific childhood involving a crab boat accident can possibly explain how this came to be. This is the actual definition of an abomination. 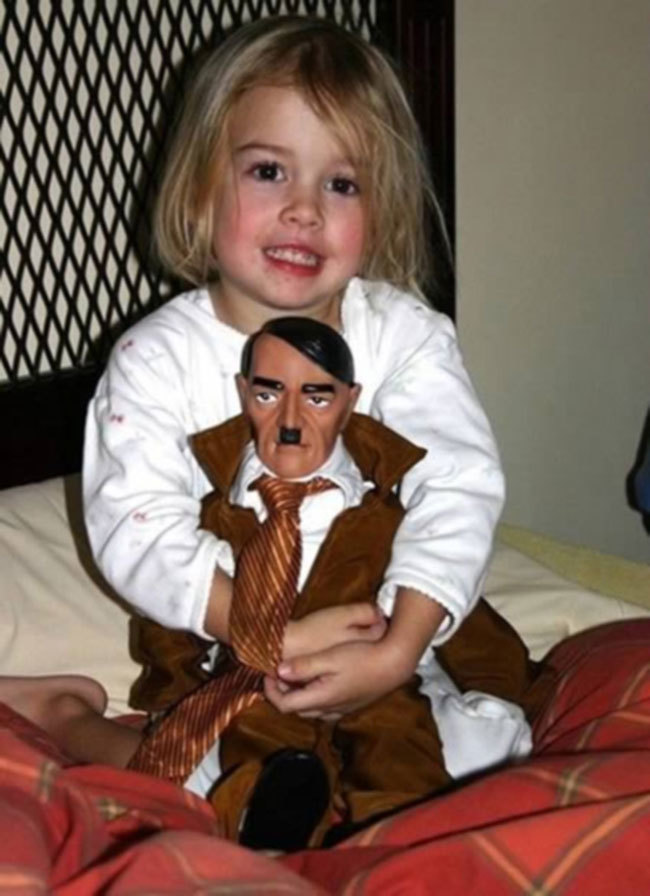 This manufacturer may not have meant to make a Hitler doll. I don’t know. I’m having a hard time nailing down an explanation of this picture.

But you’d think, even if they did not mean to make a cuddly Hitler doll, that they’d have a look at it coming off the factory line, turn to each other, and say, “Gosh, Phil, that sure does look like Hitler.”

Phil scratches his head. “Ya think so, Chuck? I don’t know. Looks a little like a young Alec Guinness.”

“Phil, he played Hitler once.”

HOW DID THIS EVEN HAPPEN??