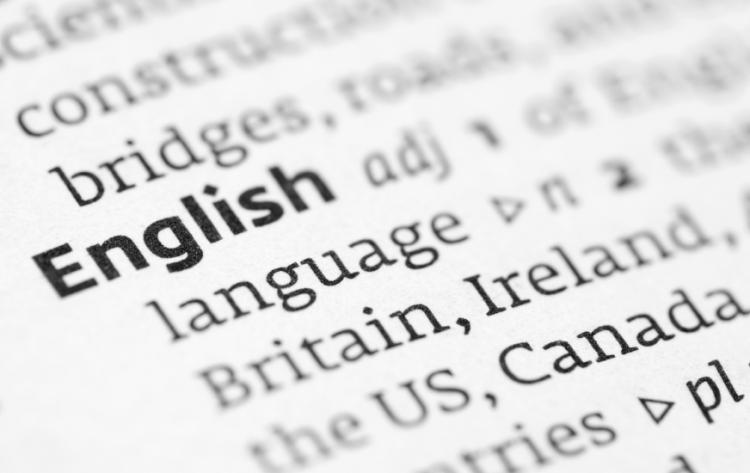 1. There was no word for the color orange until the 1600s. And the name of the color came from the fruit, not the other way around.

2. If you write out every number in full (one, two, three etc) you do not use the letter B until you get to one billion.

4. Checkbook is the longest horizontally symmetrical word in English.

5. The earliest reference to baseball is in Jane Austen’s Northanger Abbey from 1798.

6. Icicles used to be called aquabobs.

8. The word to described your cupped hands is ‘gowpen’

9. Eleven percent of the English language is the letter E.

10. ‘Enneacontakaienneagon’ means a shape with 99 sides.

11. ‘Spoonfed’ is the longest word whose letters are in reverse alphabetical order.

13. ‘I am’ is the shortest complete sentence in English.

14. A pangram is a sentence that contains every letter in the alphabet. E.g: The quick brown fox jumps over the lazy dog.

15. The word “swims” is an ambigram as it reads the same upside down.

16. ‘Shivviness’ is an old Yorkshire word for the uncomfortable feeling of wearing new underwear.

17. A new word is added to the English language about every two hours.

18. The longest modern word without a vowel is ‘rhythms’. There used to be a longer word ‘twyndyllyngs’ (meaning a twin) but it is now obsolete.

19. An auto-logical word is a word that describes itself like ‘unhyphenated’.

20. The combination of letters ‘o-u-g-h’ is pronounced nine different ways in English. Observe: ‘A rough-coated, dough-faced, thoughtful ploughman strode through the streets of Scarborough; after falling into a slough, he coughed and hiccoughed.’