That famous quote by Marilyn Monroe is beloved by women all across the world. Why wouldn’t it be? After all, not only was the quote uttered by arguably the most desired woman in American history, it makes perfect sense on a certain level. Do you have a wife or girlfriend? Well, if you don’t love her at her worst, why are you with her? So, why would someone say this is bullsh*t? Because…

1) …A woman’s worst is often orders of magnitude more horrific than her best. Basically, it’s this idea, 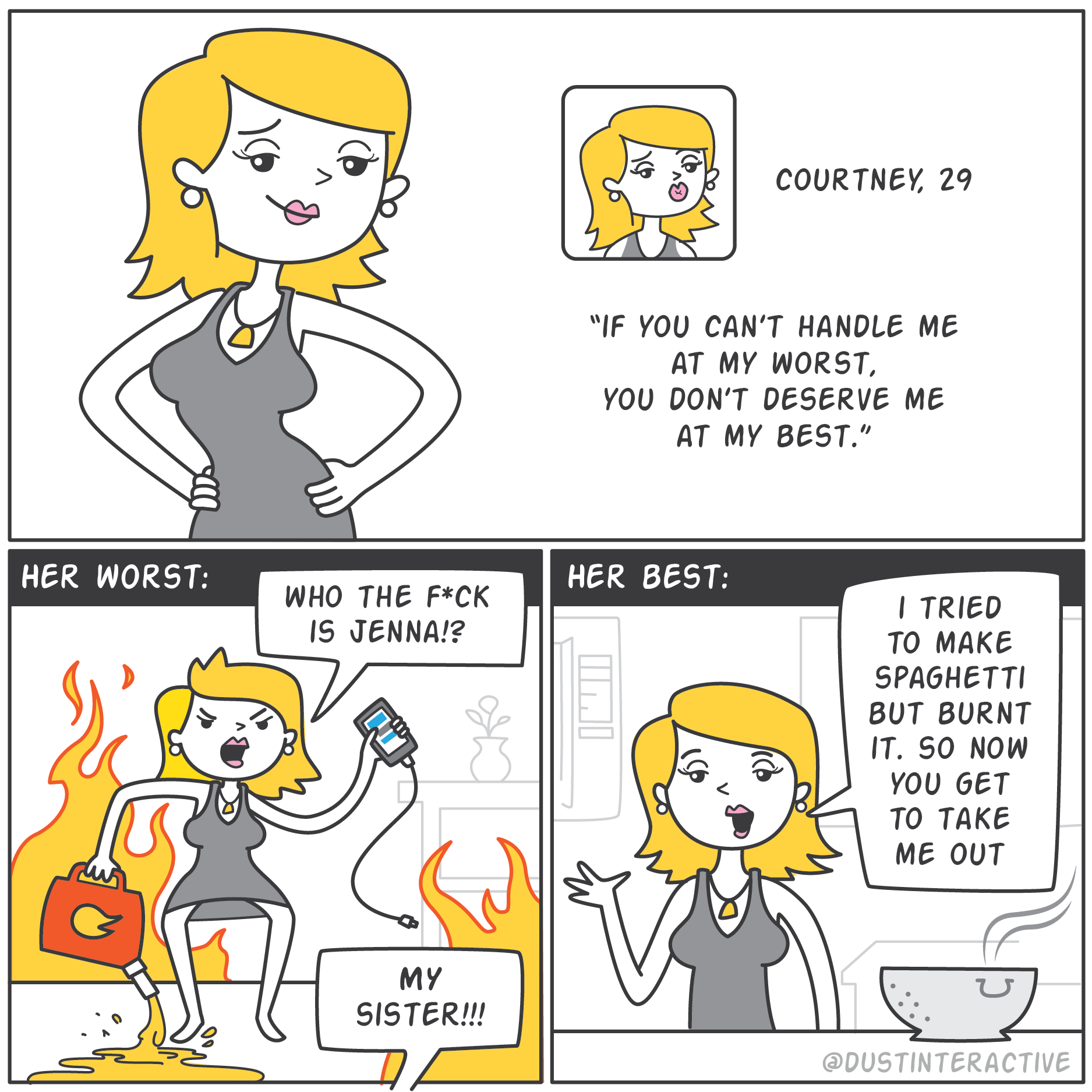 If your best is bringing your boyfriend chicken soup and your worst is having a two-year-long affair with his best friend, that is not an even trade. Good sex, laughing at your jokes and cleaning the house isn’t an even trade for living with a drug addict, having her convince you another man’s child is yours or her telling a judge that you abused your kids to get a better divorce settlement after your marriage is over.

2) It asks your man to ignore your flaws instead of encouraging you to fix them: If you’re behaving at your worst, then shouldn’t you be working on that? Is that how it works for guys? “I don’t have a job, honey. I’m just going to lay on the couch, drink beer, and watching old Westerns instead of looking for another one. Oh, and before you suggest I need to do anything different, you should consider whether you deserve me at my best… you know, like when I had a job and was paying bills around the house.” Think that’s going to fly? No way. You don’t ask other people to ignore your issues, you work on them.

3) The quote is really a form of gaslighting that treats the wrong person like the issue: So if you are at your worst then the focus should really be on whether your man deserves you or not? Wait, what? Shouldn’t the question be whether YOU deserve HIM? He’s probably scratching his head, going, “You took the money we need for rent out of our account and used it to buy an expensive purse because you had a bad day and that means we need to have a discussion about whether I deserve YOU?”