Certain songs over the years were written to be joke but not exactly a novelty either. However too many people can’t see the jokes or the satire in those songs either because the audience eats it up and is into what the artists are mocking or even getting back at someone else or mocking a certain product or whatever. Regardless here a short list of classic songs that were meant to be jokes but were taken seriously enough to be hits in their own right.

1. Beastie Boys: “Fight For Your Right (To Party)” 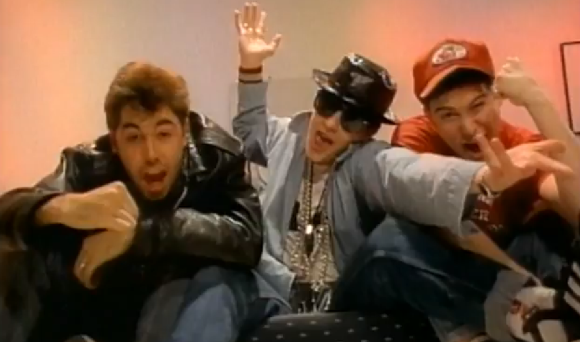 Their breakthrough was meant to be a mockery of the popular Glam/Hair Metal bands of the day, especially Twisted Sister and Motley Crue. However, fans of those respected bands ate up this Glam Metal anthem from guys that did not really do the hair metal thing. They were more about a hybrid of Punk and Hip-Hop. Beastie Boys disowned the song and parted ways with producer with Rick Rubin and Def Jam and signed with Capitol Records. Good thing Capitol did not drop them like a rock either when the 1989 album “Paul’s Boutique” was not an instant smash. Today it’s one of their respect albums. In 1994 they released the single “Sabotage” whichhas a legacy of its own…including being one of Captain Kirk’s all time favorite rock tunes (i.e. featured in the 2009 and 2016 Star Trek movies). 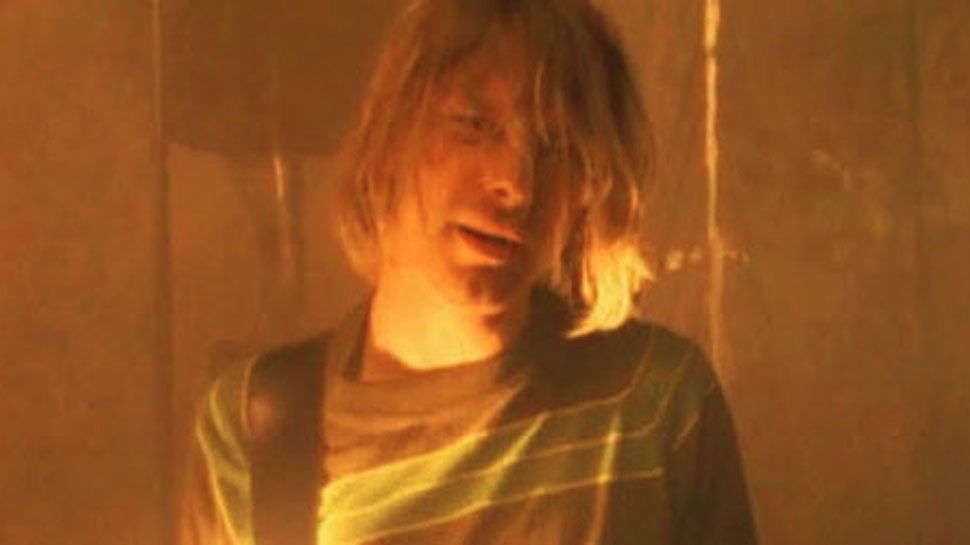 Believe it or not this song was written to be as a joke but it became Nirvana’s signature and they were proud of it. The story goes like this. Bikini Kill’s Kathleen Hanna spray painted the statement “Kurt (Cobain) Smells Like Teen Spirit” on this bedroom wall. Kill’s drummer Tobi Vail (and one time dated Cobain) used a deodorant brand called Teen Spirit that was targeted towards teen girls and young women. Kurt Cobain did not make the connection with the deodorant product and saw the term “Teen Spirit” is a state of rebellion and archery. Eventually the term Teen Spirit was redefined as Nirvana broke out and the deodorant brand faded away. 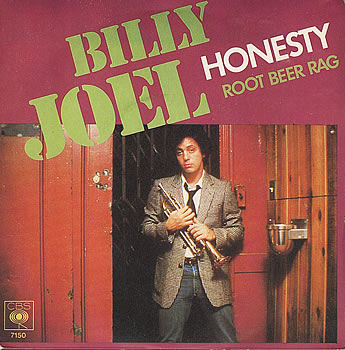 Maybe the line should have been “such a funny word” instead of “such a lonely word.” The inspiration at least the chorus of the song was when Joel’s longtime drummer Liberty DeVitto sung the line “Sodomy” when trying to find a hook. Joel quickly changed it to Honestly and it was minor hit from his “52th Street” album which was basically a Jazz/Classical styled album. Overall the song’s message is about the lack of shame that the singer of the song has. Chuck Klosterman of the New York Times says; “the only way you can tell that someone really cares about you is if they tell you you’re bad.” Author Ken Bielen says; “‘Honesty’ is a plea for truth, not only in romantic relationships but also from the politicians who affect our lives.” This slow tempo 4/4 time song done at 80 bpm, would be covered by R&B singer Beyonce and her version would hit number two on the South Korea international chart.

4. Norman Greenbaum: “Spirit in the Sky” 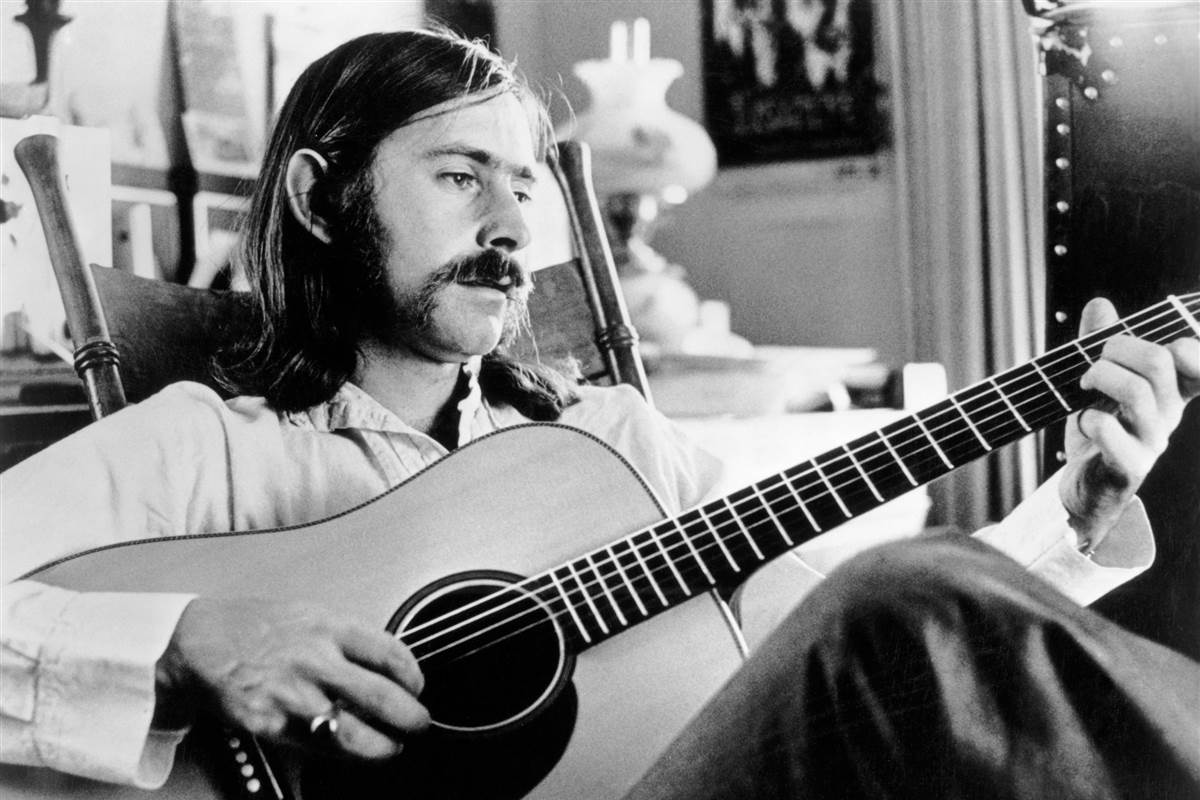 Greenbaum was Jewish in his blood heritage but did not practice any faith. However, when he saw TV personality and Country singer Porter Wagoner do a Gospel song, Greenbaum committed himself to writing a Gospel song which he did in 15 minutes and set to the musical trends of the day. That being psychedelic Rock. While some of lyrics are not biblical it did ride on an emerging sub culture called The Jesus Movement in which artists like Love Song, Mustard Seed Faith and Larry Norman did similar styled music first called Jesus Music then later Contemporary Christian Music. CCM pop group DC Talk however did a more biblical honest cover of the song for the Jesus miniseries pop soundtrack in 2000.So, what was not biblically honest. Well if the lines were a snake you would feel its bite. Greenbaum wrote the line “Never been a sinner I never sinned.” That became in DC Talk’s cover; “You know that I’m a sinner, we all sin .” 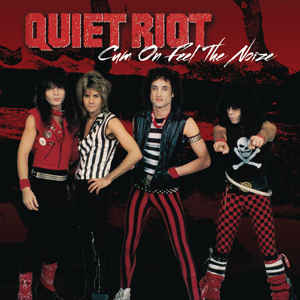 The song was really a cover originally written by Noddy Holder and Jim Lea for their band Slade. Holder wrote Noize as an expression about how he and his band felt about the atmosphere found and during their live concerts. The “Baby BabyBaby” intro was part of a sound test and not intended to be part of the whole record…but it was Slade’s concert anthem.Quiet Riot did it what it took to make sure their cover would flop big. For them they wanted their version to sound like a joke. Instead it becomes their biggest hit peaking at #5 on Billboard’s Hot 100. Instead of “Baby BabyBaby” Riot’s version kicks off with a drum riff and the cover kicks off with the chorus sung by Kevin DuBrow before going into the first verse which Slade did not do. It became one of the power anthems in Heavy Metal thanks to Quiet Riot and not just another Glam Rock tune. As Noddy himself said at the time of Quiet Riot’s popularity of the Slade cover; “The really nice thing about the whole affair is that it proves how strong our songs are. After all; “Cum On Feel the Noize” is now ten years old, so it’s obviously stood the test of time rather well!” Kind of makes Quiet Riot’s own composition “Metal Heath” aka “Bang Your Head” the novelty song here. 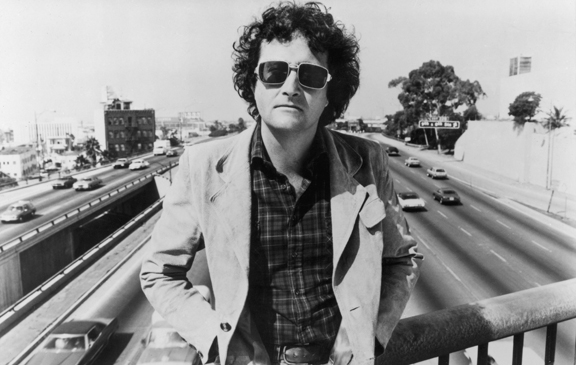 If you follow Randy Newman, many of his songs are written in a sarcastic manner and mocks people with certain opinions that Newman might disagree with and then some. “Short People” is no exception. It would be his only Pop hit as an artist (“Mama Told Me Not To Come” was written by Newman but a #1 hit for Three Dog Night). While the singer declares that he wants no Short People in his life…the bridge of the song (sung by Glenn Frey, Timothy B. Schmit&J.D. Souther) does tells us that the people challenged in height are just as human as you and me. Newman eventually hated the song, but still is featured on just about any compilation album featuring Newman’s best known songs.