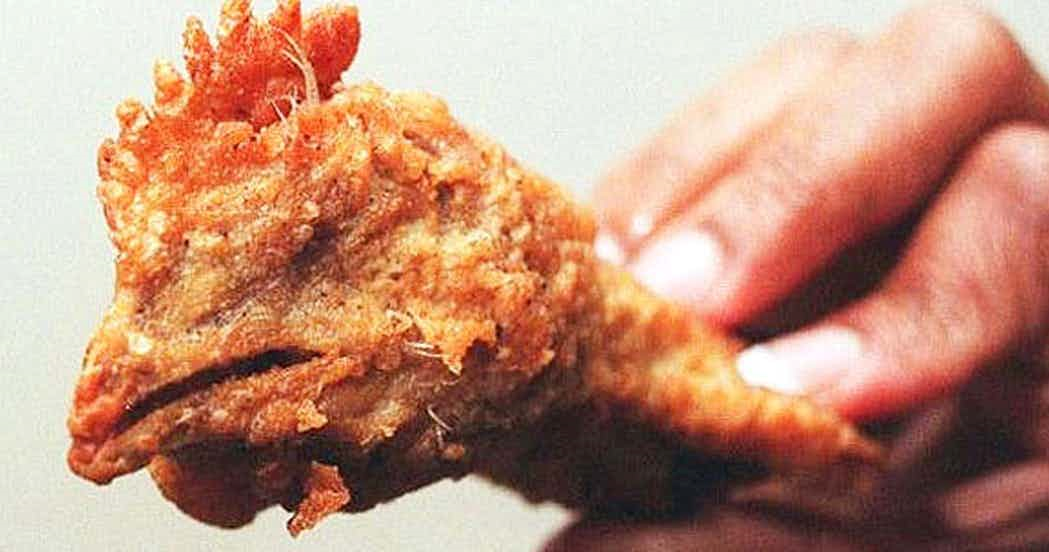 Over the years I have run into some traumatic moments when it comes from fast food. In High School, I remember bringing home pizza from the local pizza place and I was eating my slice and suddenly realized I had eaten half a caterpillar. Their excuse? We use only the freshest ingredients so that is bound to happen. I have had my share of having a rock in my McDonalds St. Patrick’s Day shake and my son finding a strange bone in the McDonalds breakfast burrito. My son is a magnet for awful unidentified objects in his food there— but with the billions of pounds and gallon of food being sold a year, some of that is bound to happen.
This list isn’t about some occasional freak accidents with your food. This is a list of consistent things that happen during the process that may leave your food tainted or disgusting. Check out the list below and let me know if I left something off? 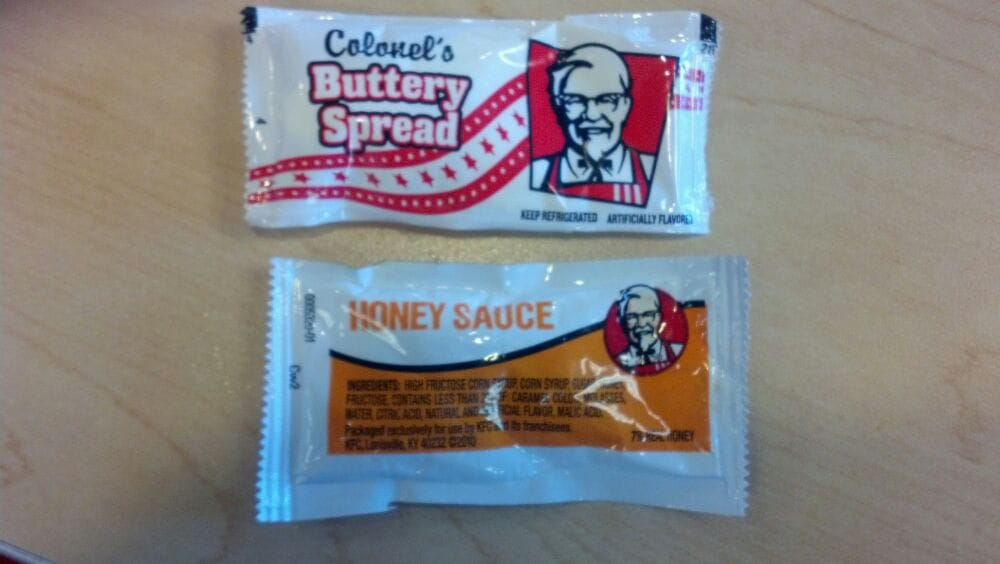 #5 KFC
I grew up loving the delicious ‘homemade’ biscuits from KFC. I especially loved smothering them with butter and honey. Well, I’m not sure WHEN it happened, but instead of serving you packets of honey and butter, KFC has decided to give you strange chemical packets that make you THINK you’re eating honey and butter. Don’t take my word for it… check out the packets at your local KFC. They are actually called ‘honey sauce’ and ‘buttery spread’. It’s so gross and I can’t pronounce anything in the ingredients. 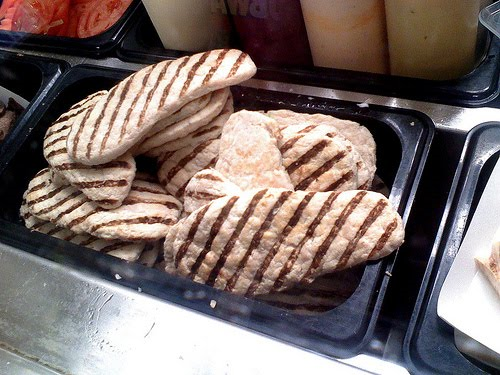 #4 The Fast Food Grill Marks
They’re FAKE! Who doesn’t love BBQ burgers and grilled chicken? Most people like those signature grill marks on grilled chicken and patties. Sad news is that most fast foods do not have grills with open flames and are unable to meet this ‘demand.’ Instead they have resorted to using other methods to get those marks: they have opted for artificial coloring, which simply means the food comes with the markings. In other words, they use fake grill marks to impress customers. Most of these foods – with fake grill marks – are flavorless and the char flakes off. YUCK! 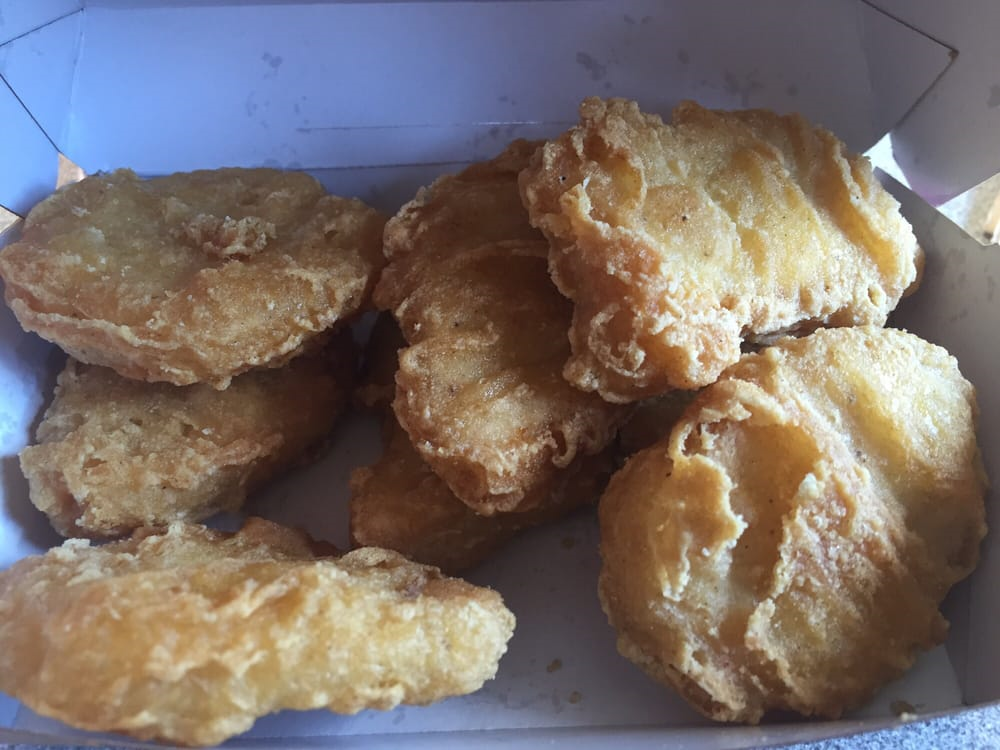 #3 Fast Food Chicken Nuggets
A professor of pediatrics and medicine at the University of Mississippi Medical Center recently did a study on chicken nuggets. The results are sickening:
“Our sampling shows that some commercially available chicken nuggets are actually fat nuggets. Their name is a misnomer.” They discovered that the nuggets they looked at were only 50 percent meat — at best and 50% Fat, blood vessels, nerve, connective tissue and ground bone — the latter, by the way, is stuff that usually ends up in dog food. The did the autopsy on the nuggets from at least 2 different national fast-food chains. Do you still want chicken nuggets? 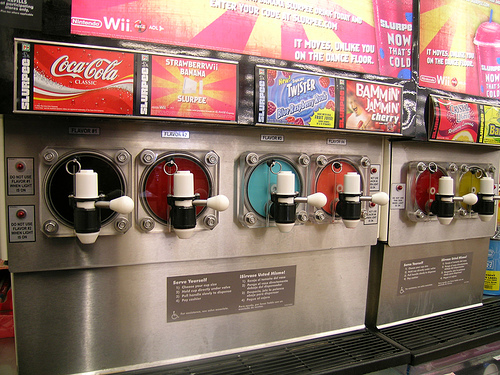 #2 7-Eleven Slurpee’s
When I was a kid, my dad use to work the night shift at 7-11. He used to tell us how we should not buy any of the food or drinks from any other store but his and only after his shift. He explained that most all the machines rarely if ever got cleaned. On person even commented online, “Gas station Slurpee’s. The amount of mold in those machines would crush your childhood to a pulp.” 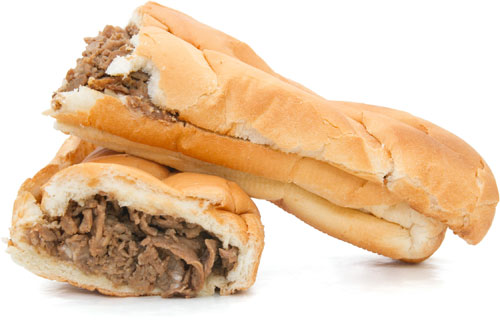 #1 Subway Sandwiches and… bandages
For a short term, I worked at Subway. I loved that place, all fresh veggies, fresh baked bread… etc. This may have been before gloves but one of the employees was prepping the philly cheese steak meat by breaking up the meat in a bucket made just for that meat. Problem was, after she finished, she was like ‘uh oh, I had a band-aid on my finger before I broke up the meat’. We looked and looked and couldn’t find the band-aid. I don’t remember the outcome but then less than a decade later my new husband and I had stopped at Subway. He ordered the philly cheese steak. After his fifth bite in or so, he looked disgusted and turns out there some kind of cloth in his sandwich. Turns out it was really some folded up gauze… possibly a lost bandage. In any case I have not been able to order the philly ever since.