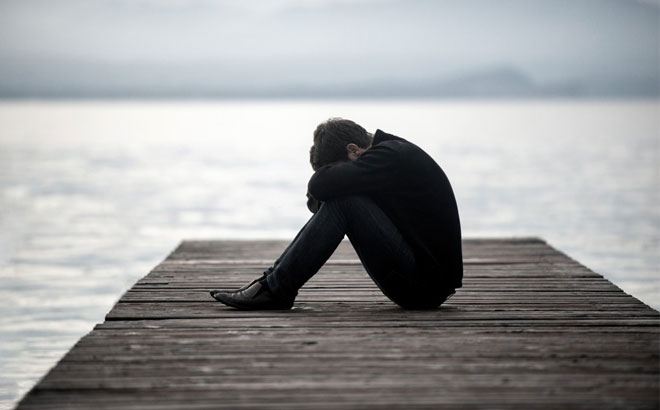 Relationships aren’t that complicated. Two people find each other attractive and they spend time together to get to know each other and before they know it they are inseparable. As this relationship progresses the two involved begin to open up to each other. This is where the rubber meets the road. Just because you feel that you can say it doesn’t mean you should. You could inadvertently say something that you think is just honest talk that will put him off and could ruin your whole relationship. So while you should never be in a relationship where you have to walk on egg shells to keep the peace neither should you be saying anything and everything as if the poor guy has no feelings at all.

1. Never trash talk about his family.
No matter what he says to you about his family you never want to insert yourself into familial turmoil. You can listen to him vent and even offer ways they can fix things but once you cross that “I hate your (insert relative)” you can’t go back and he will remember it once they’ve patched things up. Family relationships are usually complicated so stay out of them and just be there to support him, period!

2. Never tell him that you’ve cheated in previous relationships.
Most everyone knows the adage “once a cheater, always a cheater” so the last thing you want him to think about you is that you’re capable of cheating on him. It will also tell him that you’re an expert liar and no one wants to bet their future on a person they know is a good liar who cheats.

3. Never tell him your abortion history.
It really doesn’t matter if he’s “pro-choice” and totally for a woman’s right to choose. Your medical records are legally private for a reason and when it comes to abortion(s) there’s more than one good reason for that. While you may think it shows him that you’re empowered and able to make tough choices it could also tell him that you’re loose and able to dodge responsibility at the drop of a hat. What you think and what he’ll think won’t always be the same so it’s just better to be safe than sorry.

4. Never tell him he’s not “that good” at something.
Men don’t like to be told they’re not good at something they think they are good at. If he thinks he can cook remember that it was probably his mother who taught him so putting down that skill is also putting down his mother. It’s just best to show him new ways to do something rather than put down his ways. This also applies to sex. If he’s not that great in bed the last thing you want to do is tell him that. He’ll be thinking you’re a self-proclaimed expert because you’ve been around the block a few too many times and that’s not something you want him to be thinking about you. Instead it would be better to show him what you like. Teaching always works better than criticizing.

5. Never tell him that he reminds you of your Ex.
The last thing you want your man thinking is that you’re comparing him to your ex. No man wants to think you’re keeping a score card on them and bringing up things you like or dislike based on that. People shouldn’t be compared because no two people are the same. Similarities are natural but not something that needs to be brought up and thrown in someone’s face. Treat your man like a unique individual and leave the past where it belongs.