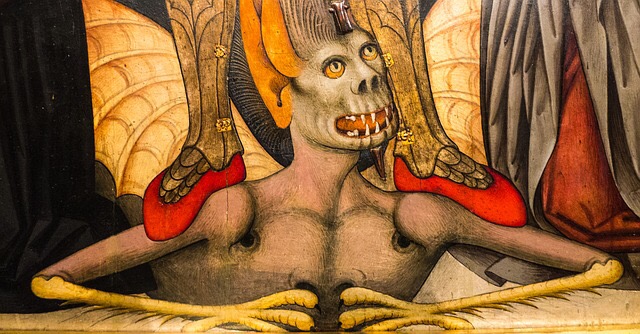 Every culture on Earth has demons or evil spirits as part of their lore, including the Judeo Christian culture. The Bible makes mention of demons as servants of Satan, sent to Earth to tempt and torment humans in order to turn them away from God’s love.

Popular films and TV have depicted numerous ways to “handle” demons (AKA unclean spirits), but the Bible is quite specific about who they are, what they do…and the One who is capable of casting them back into Hell.

5. Mark 1:23-27
The gospel of Mark wastes no time getting down to the works of Jesus, and in the very first chapter, he describes Christ driving out a demon.

“Just then there was a man in their synagogue with an unclean spirit, and he cried out, ‘Leave us alone, Jesus the Nazarene! Have you come to destroy us? I know who you are – the Holy One of God!’ But Jesus rebuked him: ‘Silence! Come out of him!’ After throwing him into convulsions, the unclean spirit cried out with a loud voice and came out of him. They were all amazed so that they asked each other, ‘What is this? A new teaching with authority! He even commands the unclean spirits and they obey him.’”

4. Acts 19:13-16
This should serve as a general warning that those with the best intentions must still beware when confronting evil:

“But some itinerant Jewish exorcists tried to invoke the name of the Lord Jesus over those who were possessed by evil spirits, saying, ‘I sternly warn you by Jesus whom Paul preaches.’ (Now seven sons of a man named Sceva, a Jewish high priest, were doing this.) But the evil spirit replied to them, ‘I know about Jesus and I am acquainted with Paul, but who are you?’ Then the man who was possessed by the evil spirit jumped on them and beat them all into submission. He prevailed against them so that they fled from that house naked and wounded.”

3. 1 Corinthians 10:20-21
Here, Paul is talking to the folks in Corinth about how important it is that those of the early church not confuse the simple rituals of salvation with elaborate pagan feasts.

2. 1 Timothy 4:1
Paul is writing to Timothy, as the early church (much like the church today) is fraught with confusion as to what is important. Timothy is asked to help people focus on matter of salvation, but the Holy Spirit foresees other issues. Many people have theories as to what the teachings referred to below could be.

And number 1: James 2:19
It would be easy to run with another account of Jesus driving demons out of people, but this verse is special for two reasons. First, it’s a recognition of demons as sentient beings — not just a metaphor for illness, as some see them — who themselves recognize the existence and authority of God.

Second, it’s part of James’ admonishment to the early church to have faith, but also to behave as Christ would. In other words, actions speak louder than words.