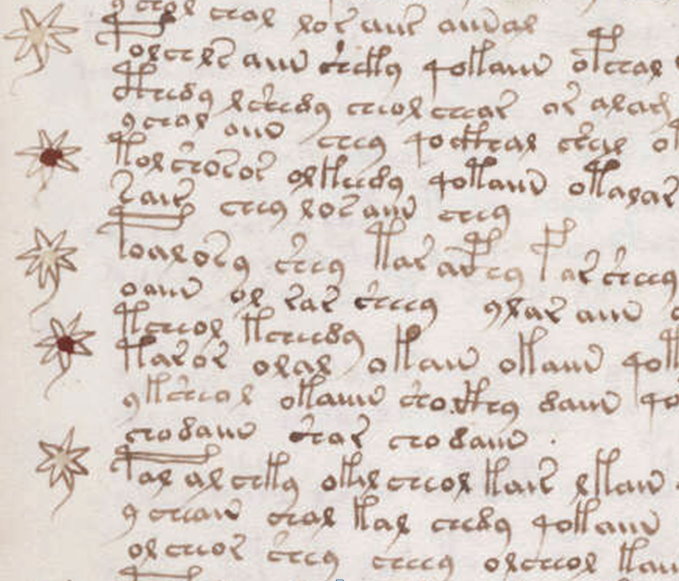 Created sometime in the early 15thcentury, the Voynich manuscript (named after a Polish book dealer who bought it in 1912), is a vellum codex written in an unknown language. Composed of about 240 pages, most have illustrations of herbal, astronomical, pharmaceutical, or cosmological items. Experts believe that the book is meant to be some sort of medical text, although the plants shown in the illustrations cannot be identified. The text appears not to be in code as analysis has shown that it was written fluently, and not haltingly as may be expected if the text were being encrypted. The manuscript first appears in the historical record in the early 1700, but carbon dating has put the date it was written between 1402 and 1438. 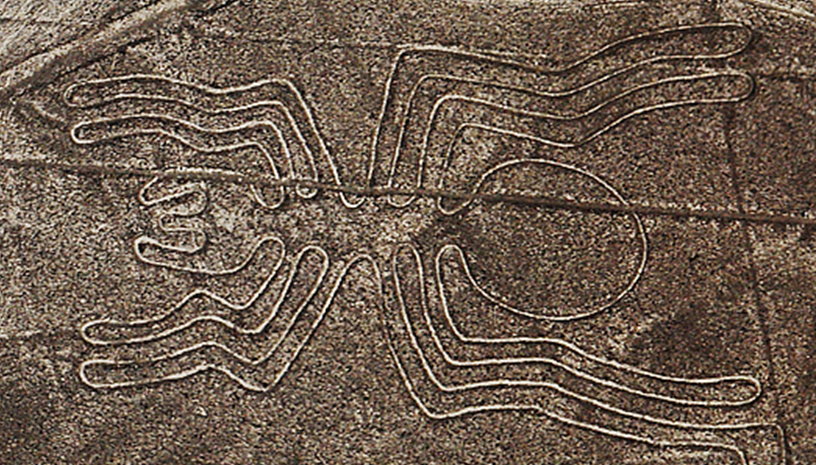 Dotted over the Nazca desert in Peru, there are many huge geoglyphs – symbols carved into the earth. The biggest are up to 1200 feet long. Many represent figures of animals or humans, others are complex geometric shapes. They were made by removing the reddish topsoil to expose the white earth underneath. It is said that due to their size they can only been properly appreciated from the air, but they can also be seen from nearby hills. It is unknown how old they are, but dates have been given ranging from 500BC to 500 AD. Despite theories ranging from irrigation ditches to signals to summon alien visitors, no one has been able to determine what purpose they served, if any. 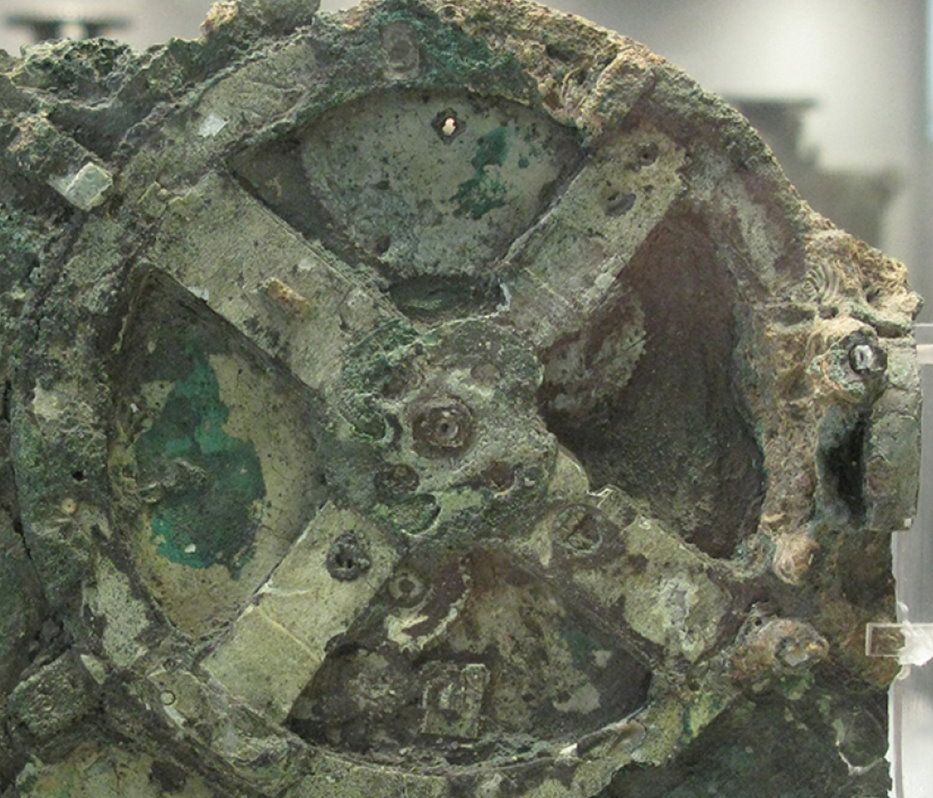 The mystery with the Antikytheramechanism is not what it is, clearly it is an analogue computer, designed and built to predict astronomical positions and eclipses. The mystery is how it was built. Recovered from an ancient shipwreck, the mechanism dates from Ancient Greece, and the earliest date ascribed to it is 150BC. However, the mechanism itself is of such precision and sophistication, that it challenges everything we know about the period in which it was made. The mechanism is a clockwork device of some 30 meshing gears with inscriptions on its outer case that allows it to be read (or would have when it was still in working order). The largest cog is 5.5 inches in diameter. The ability to make devices of such complexity would not exist again until some 1500 years after the Antikythera mechanism was made. 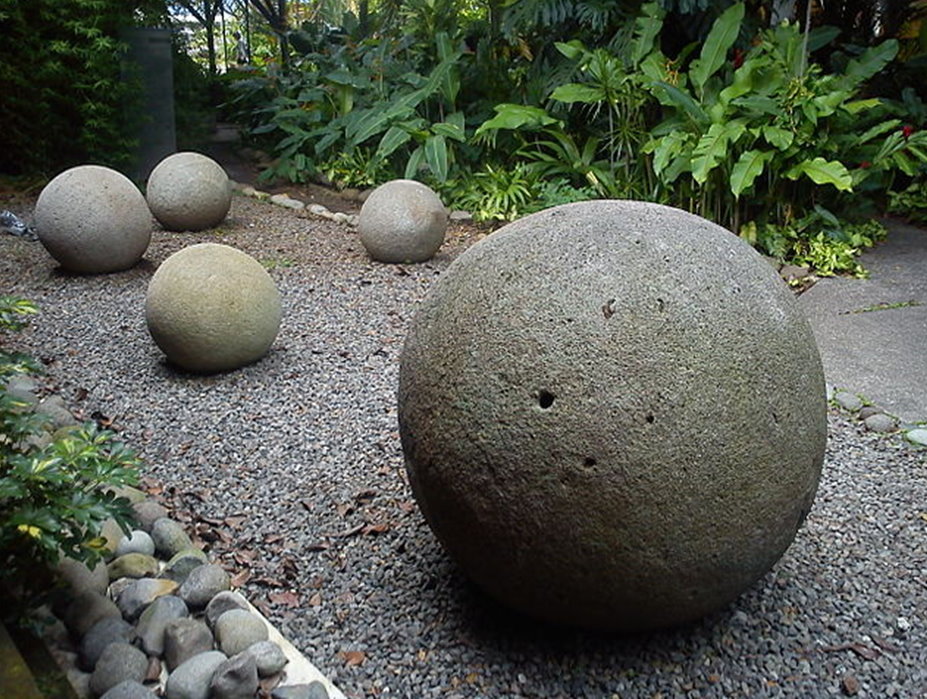 Balls. Balls of gabbro, balls of limestone, balls of sandstone. Some of them are nearly seven feet in diameter and weight 15 tons. Others are a few centimeters across and weight very little. They have been ascribed to the lost Diquís culture of Costa Rica but no one is sure. Some are rough, others have such a highly polished finish they were probably smoothed with the use of sand. There are over 300 of them, and no one knows what purpose they served. The best guess is that they had a religious significance. One myth about the balls is that the locals had a potion that could soften rock and allow them to roll such even balls. 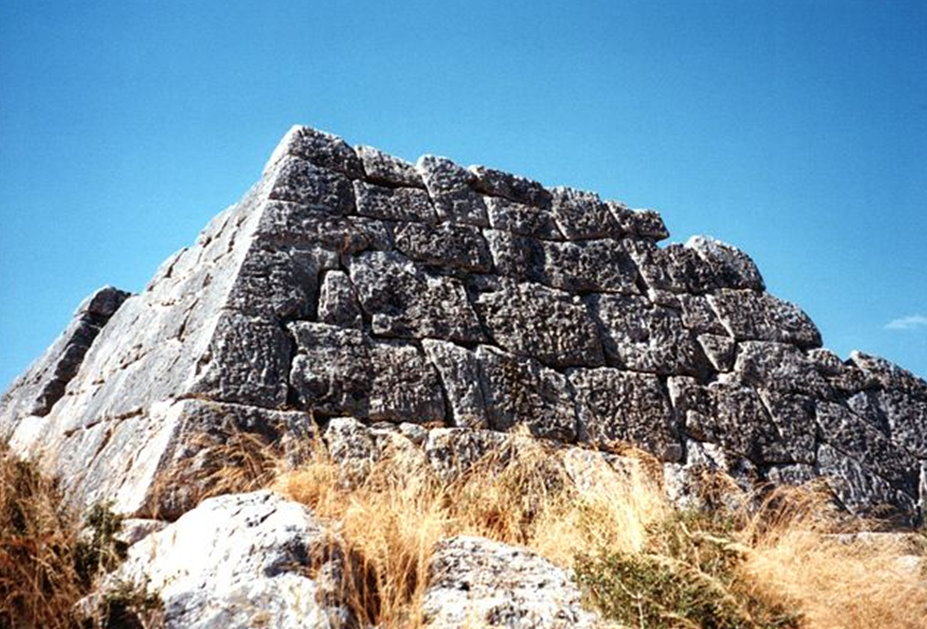 It seems that the Greeks had pyramids. Unlike Egyptian and Mayan pyramids, only two remain and the most famous of these is at Hellinikon. It dates from around 650 BC and was thought to be the tomb of Greek soldiers killed in a battle at that place. However, no trace of a tomb can be found, and so it is now believed that the pyramid served a different purpose. The trouble is, no one knows what that purpose might have been. And so it sits on the plain of Argoild, intriguing and unknowable. 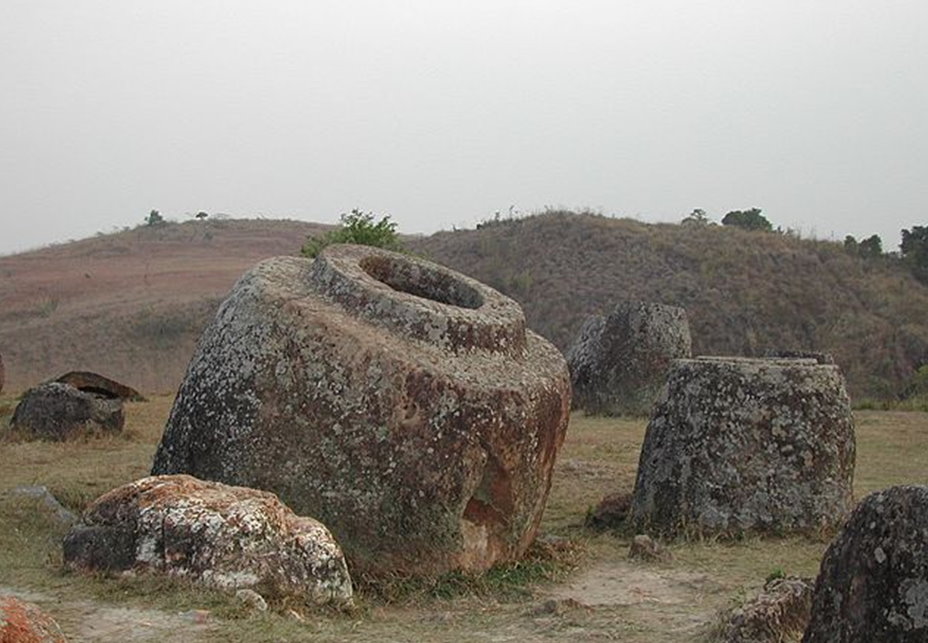 On the plains of Laos there are clusters of stone jars. Some contain only a few jars, others contain hundreds. They appear to be stone age in origin, they are cylindrical with the bottoms wider than the tops. In diameter at their widest point, they vary from 3 to 9 feet. All bar one are undecorated, and that one has the figure of a ‘frog-man’ carved in bas-relief. The jars appear to have been designed to support lids, although few have been found. As stone lids would be heavy to lift on and off, it is likely that the lids were wood or hide. Local legend states that a giant lived on the plain, and made the jars to brew alcohol to celebrate a victory over his rival. That’s as good a theory as any.

7. The Lady of the Spiked Throne 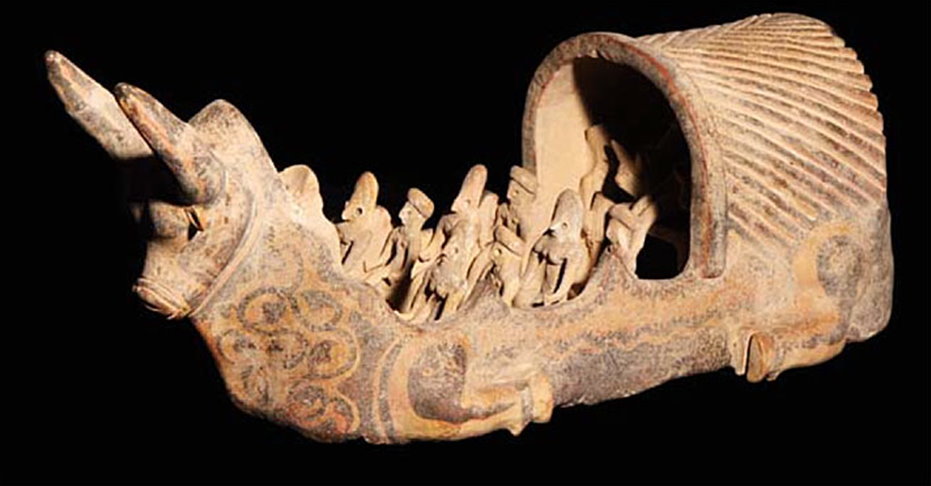 Dating from 3000 BC, this terracotta artefact depicts a woman seated on a spiked throne in a bull-headed barge. The lady and her crew have elongated heads and almond shaped eyes. The crew are seated in alternating rows of females and males, their headdresses resemble bird masks. The artefact bears traces of pigment. The lady on the throne has an aura of great power, and clearly represents a goddess or queen. The model is beautiful and fascinating, and we have absolutely no idea who made it or what it is.