We attach ourselves to certain performers because we like their songs, or how they play a character or we just the like movie or show itself, or a certain kind of music. Some will get a chance to meet them either because they have to work for them, or they get to meet them in passing (like a book signing or a Comic-Con), and should they rub you the wrong way, you will get to see a side of them you wish you never met. Then you realize that they were not the person you thought they were when they put on a show….and that’s what it was all along. Just a show. There are plenty of Celebrities who are horrible behind the scenes and then some. Here are seven of them. 1. Jennifer Lopez: Her 2002, hit “Jenny from the Block” claimed that she did not change into somebody else and remembers her roots and where she came from. Yet either because of the pressures of this world or because she can, it seems that “Jenny” did change into someone that might consider pampered and spoiled. Or just downright anti-social (cue the Anthrax song please). If you work for her and want to talk to her, forget it. You need to communicate with her “handler” (i.e. third person) if you want to make contact with her. Heck someone that is trying to get her correct meal order must deal with the “handler.”If you’re a journalist and your lucky (or not) to get a chance to interview J Lo., it’s very likely that she will not be gracious to you. Never mind the rocks you got J Lo. your attitude proves your no longer “Jenny from The Block,” you’re ‘Jenny the Spoiled Rich Girl.’ 2. Ariana Grande: One can hope that the Manchester Arena terror attacks humbled her and brought her back to earth. Before that, she was known for licking doughnuts and hating on Americans…other than herself. Before the Manchester Arena attack actually did happen, Ariana apparently stated that she hoped that her fans would die…well, guess what Ariana? It did, and fans who came to see you perform did die at the hands of very bad people. We are grateful that you came back for a charity concert, but keep your ego in check in the future, and don’t wish death on people. You sure reaped what you sowed on that one honey. Also, if you still have a problem with keeping yourhands-off the doughnuts maybe you should call Hostess Brands, and tell them that you want to be the NEW “Zinger Zapper” (once played by Snoopy from thePeanuts Comics, Movie and Charlie Brown TV specials and series). 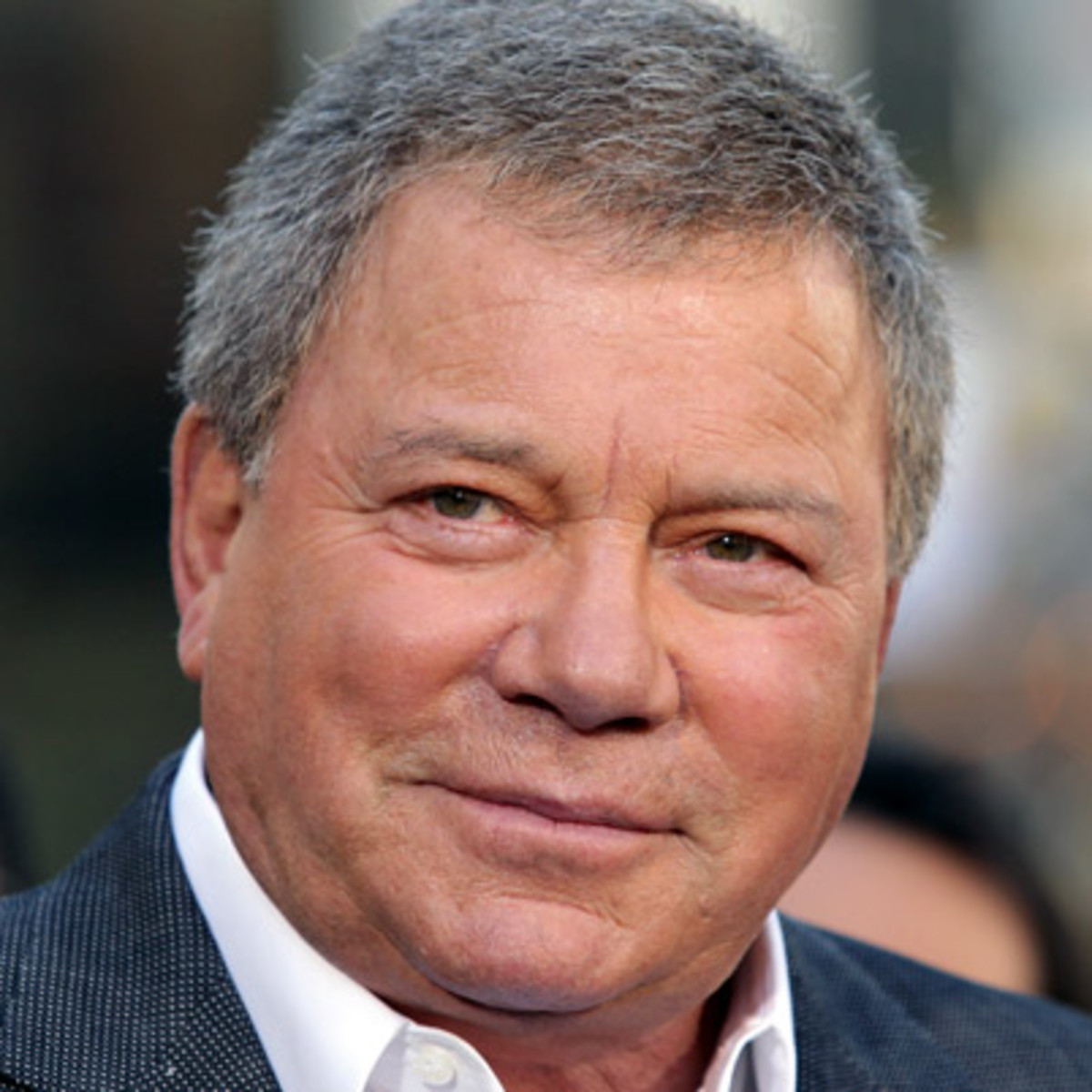 3. William Shatner: My parents affectionally called him ‘Kirk the Jerk’ and from some the research that I have done forthe Sloth that does not care about squat, it appears that my parent’s nickname for Captain James T. Kirk aka William Shatner does not fall short of the apple tree. During the three years he played Captain Kirk on Star Trek: The Original Series he belittled his co-stars and stole camera time from them. No wonder that most of them maybe except for Leonard Nimoy and maybe DeForest Kelly did not want anything to do with Shatner. Kind of a shame though. We liked Yeoman Martha Landon (Celeste Yarnall) and Ensign Pavel Chekov (Walter Koenig) in the second season episode “The Apple.” Too bad Captain Kirk chewed them out for the PDA early in the episode. But, good ole Kirk could do it because he was the Captain and Chekov and Landon were small fry (in rank). Maybe that is why Janice Rand (Grace Lee Whitney) moved on and might have seen Kirk for the skirt chaser that he is….and yeah, the women did wear skirts in those days. Back in the real world, Shatner did not want anything to do with James Doohan when it was found out that he had Alzheimer’s disease. I am sure the feelings were mutual there, do kind of remember reading that Doohan did not like the money that Shatner (and even Nimoy) were making. But Doohan along with his supporting castmates did eventually get their better cuts around the mid-1990’s. Take that Mr. Shatner. 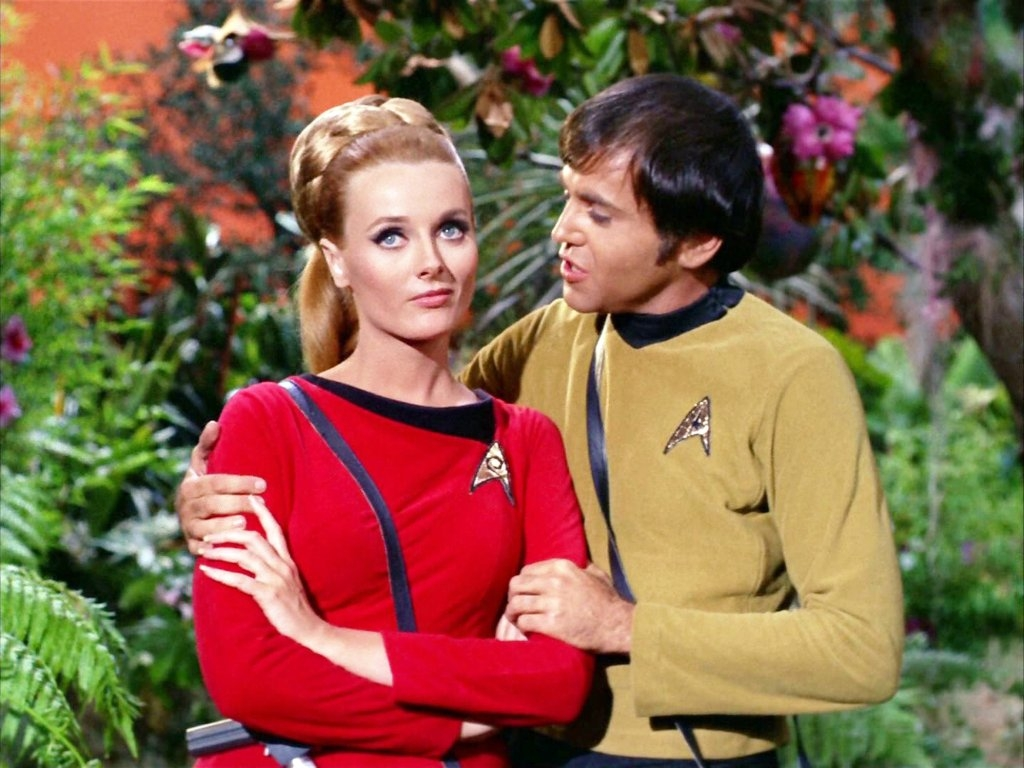 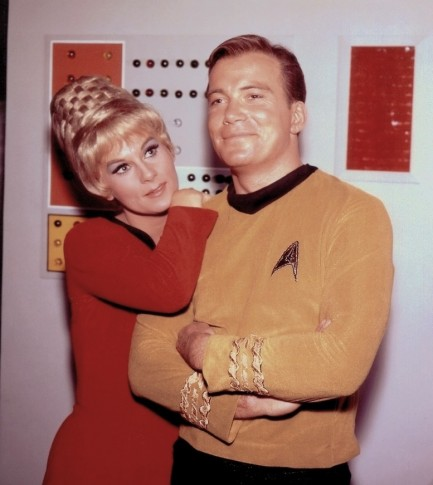 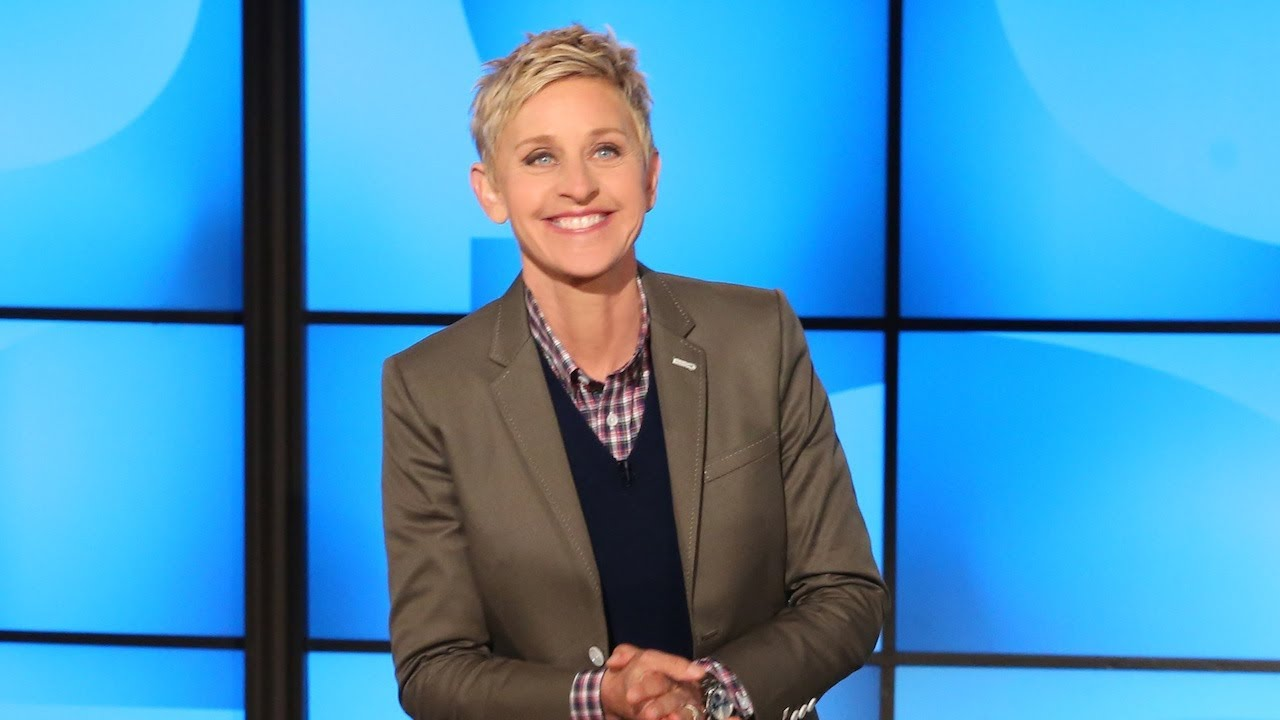 4. Ellen Degeneres: Ellen got redemption with the success of her daytime TV talk show, just as Elton John did during the 1980’s when he came out of his closet in the 1970’s…only he stuck with his music, and not a different format of TV program as Ellen did. She is good at putting on the happy face and giving away cool prizes to her fans. But when the cameras turn off and perhaps the lights as well, her writers and production crew are treated like bags of dirt and Ellen pitches’ a fit if her drinks and room temperatures are not to her liking. I know that certain people called Ellen a ‘Degenerate’ when she came out in “The Puppy Episode” when she did a sitcom rather than a TV Talk program. When it comes to hospitality to the people that work for her every day, I think ‘degenerate’ truly applies. The Grumpy Sloth can be angry and not caring, but he knows how to treat his beloved writers very well. 5. Carrie Underwood: Another chapter of taking a woman from the from the working classand making herself into a self-absorbed diva. Did you know that Capitol Nashville took an interest in Underwood’s musical talent and almost signed her? Why the change of heart? You really mean change of management. So, Underwood almost hung up the mic, until along came the hit TV show American Idol and was one of the two winners of that TV talent contest to actually have real-world success. Sadly, Underwood has been known to be rude to radio stations, other famous people (even if they deserved it, and one of those famous people was Leighton Meester tell her not to mess up her lines), and worst of all…her own FANS (Careful Carrie, as rapper Ice-T warns; “you’re playing yourself”). Rude, Standoffish, arrogant, and she is good at not doing that or so it seems when the cameras are rolling and she can smile for them….Peg. Oh, sorry for the Steely Dan reference. After 12 years with Sony Music’s Arista Nashville, she finally gets to be on the label that she tried to sign with when she was just an ignorant teen….Capitol Nashville. Maybe it will change her attitude….or not 6. Kiefer Sutherland: Let us just be grateful here that Sutherland does not torture his colleagues like his character Jack Bauer did in his nine-year (including “Live Another Day”) TV series “24.” FreddiePrinze Jr. said that Kiefer showed up for work plastered and was in his trailer while everyone else had to wait. It was by the skin of everyone teeth that work on ‘24’ was ever done. Prinze Jr. almost gave up his acting career over this. Maybe it was his father and the iconic theme song (written by José Feliciano) to the hit sitcom his late father started on (Chino and the Man) …I guess Sutherland was Prinze Jr’s man rather than Jack Albertson aka Ed Brown as to Chino/Prinze Sr. The closest thing to torture that Sutherland did was headbutting a Fashion Designer. Not even jail time humbled Kiefer. That would have been his DUI charges in the state of California. He would plead no contest and spend 48 days in jail. Did not affected the shooting schedule of “24” at all. 7. Madonna: We expect Madonna to be mean and self-absorbed. We get that unless you’re truly mean for a good reason. Her children must fly coach while Mommy gets to be in First Class all the way baby. Unless your teaching them some good morals behind this, then it’s a Mommy is better than you attitude. Controlling your children to bring out good character in them is one thing. Controlling them for sake of control is another and it seems that Madonna enjoys that control for its own sake…not good. Just another Joan Crawford of sorts if you believe Christina’s story. Maybe Madonna shouldlearn to fly coach with the rest of us slime once in a while. Yeah, right…She’s Madonna…. beech. 8. Kathy Coleman: This one I speak from personal experience. I tried to let Coleman know that in spite of all the cheese “Land of the Lost” was on the surface, the show was in the great hands of many great science fiction writers including Walter Koenig, David Gerrold, Theodore Sturgeon and D. C. Fontana (all were involved in Star Trek: The Original Series). Kathy did not get it and I got some harsh words fromthis troubled soul. I was not necessary a fan of HER, but the show in which she played the youngest of the Marshall family. I tried to tell Kathy what I personally got what the show, and not everyone who saw it as just another cheesy program from the Sid & Marty Kroft outfit of their heyday…or so I thought. This show should have been re-imaged as honest to goodness sci-fi. That is what I have tried to tell Kathy…I digress. Maybe we would have had a great sci-fi action movie instead of a comedic flop. Still, be on thelookout for her new autobiography “Run Holly Run” either online or maybe at your local bookstore.