1. General Tso’s Chicken. While the dish was named after a real 19th century Hunanese general, he certainly never ate anything resembling the sticky-sweet dish that we know in the west, according to the Smithsonian. Invented by Peng Chang-kuei, a chef from China’s Hunan province, he first served it in his restaurant in Taiwan. Generations of chefs put their own twists on the dish and in New York in the 1970s, Tsung Ting Wang added sugar and the crispier batter and gave us westerners what we know today as General Tso’s Chicken. 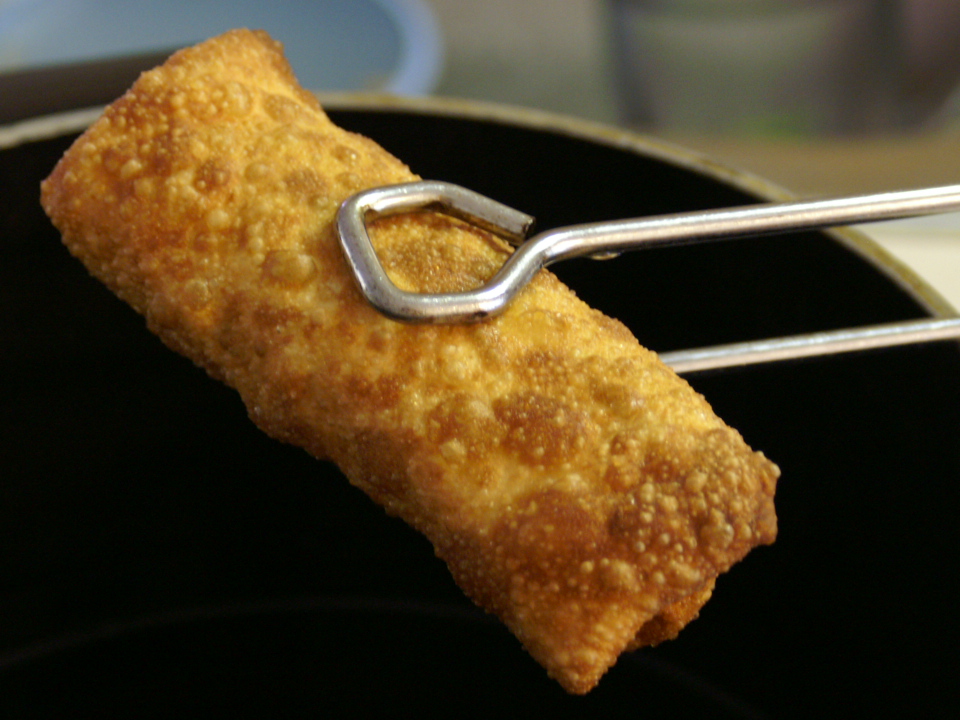 2. Egg Rolls. Egg rolls in China are what we know as ‘spring rolls’ in the west; they’re wrapped in thin, delicate wrapper and lightly fried to a golden brown. In American restaurants, egg rolls are massive with a thicker wrapper. According to Andrew Coe, author of Chop Suey: A Cultural History of Chinese Food in the United States”, the egg roll was probably invented in New York in the 1930s. 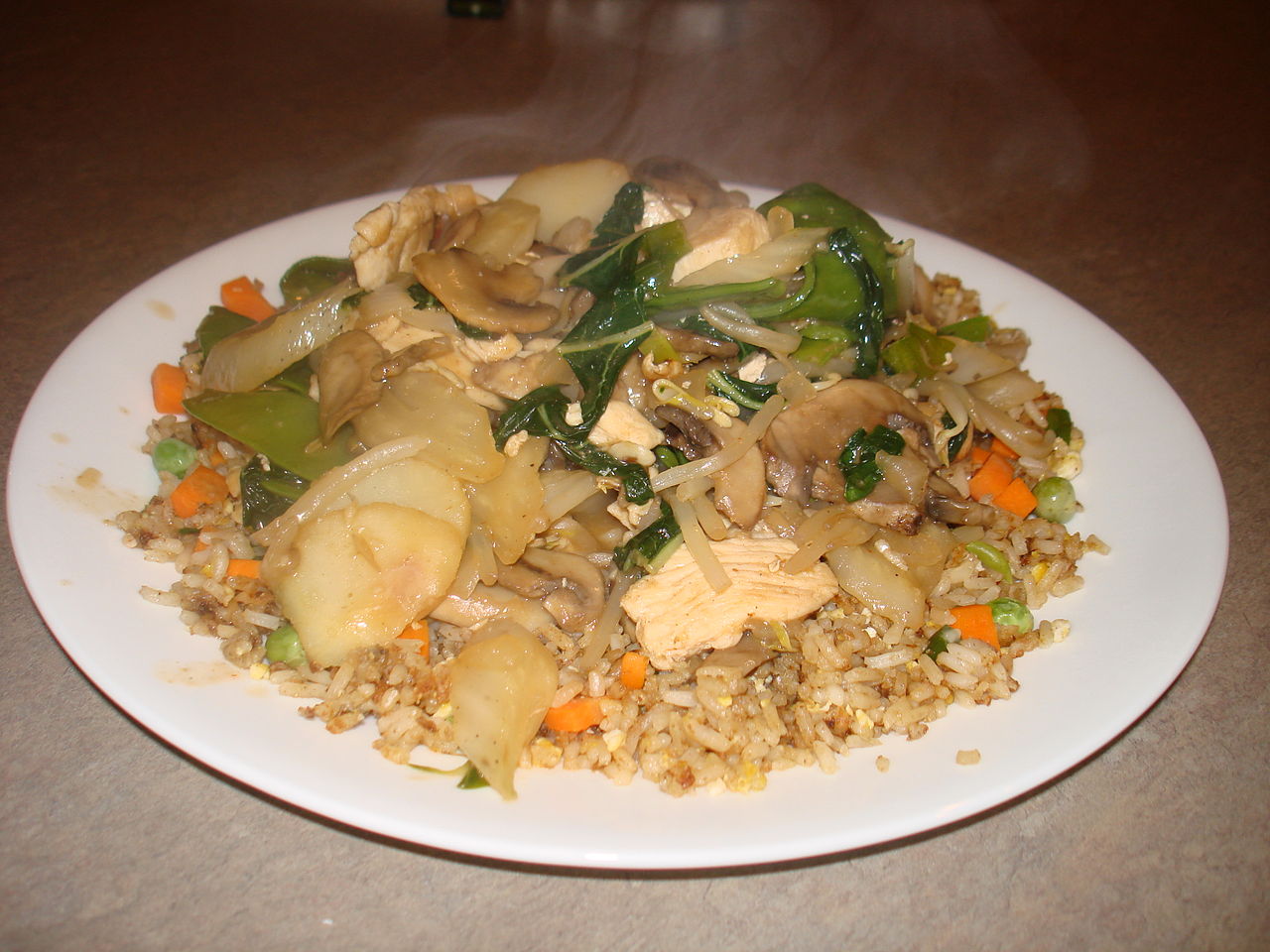 3. Chop Suey. According to the History Channel, the dish was created in California during the Gold Rush when a bunch of drunken miners bowled in and demanded food. The exhausted chefs went into the back, scraped the food off previous customer’s dishes, splashed on a little soy sauce, and presented it to the miners as “shap sui” – meaning “mixed pieces” in Cantonese. 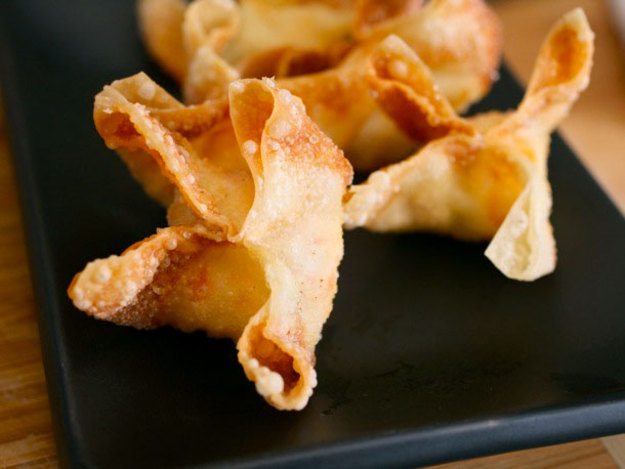 4. Crab Wontons. Deep-fried dumplings filled with crab and cream cheese are delicious – but they aren’t Chinese. Crab wontons have been on the menu at San Francisco’s Trader Vic’s restaurant since 1956. The dish was derived from an authentic Burmese recipe but was Americanized into oblivion through the years. The hint is the cheese: anything with cheese is not authentically Chinese. Historically, crowded conditions made pasture animals impractical, and lack of exposure led to lactose intolerance. 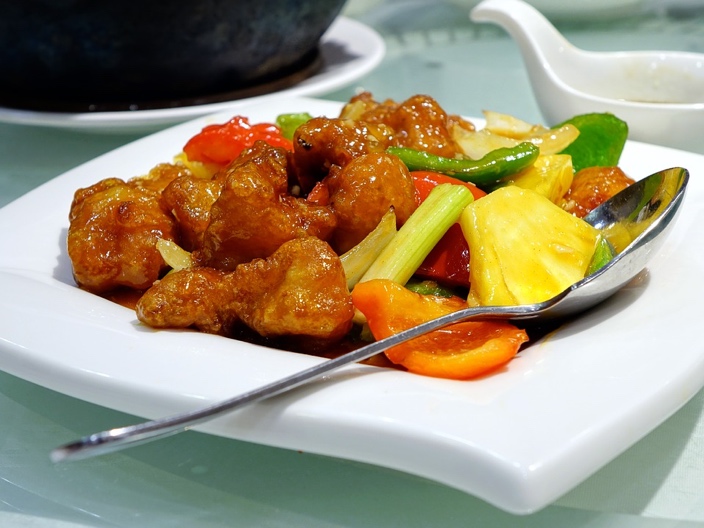 5. Sweet and Sour Anything. Anything Sweet and Sour is pretty much guaranteed to be an American bastardization of the Chinese sauce, which was a light vinegar and sugar mixture that didn’t resemble the super-sweet and sticky stuff we know. Pork, chicken, beef, or shrimp is battered and deep fried and then dredged through a thick orange sauce. To make it even sweeter, pineapple is usually added because we’re Americans and everything we eat has to be at least 90% sugar. It’s the law. 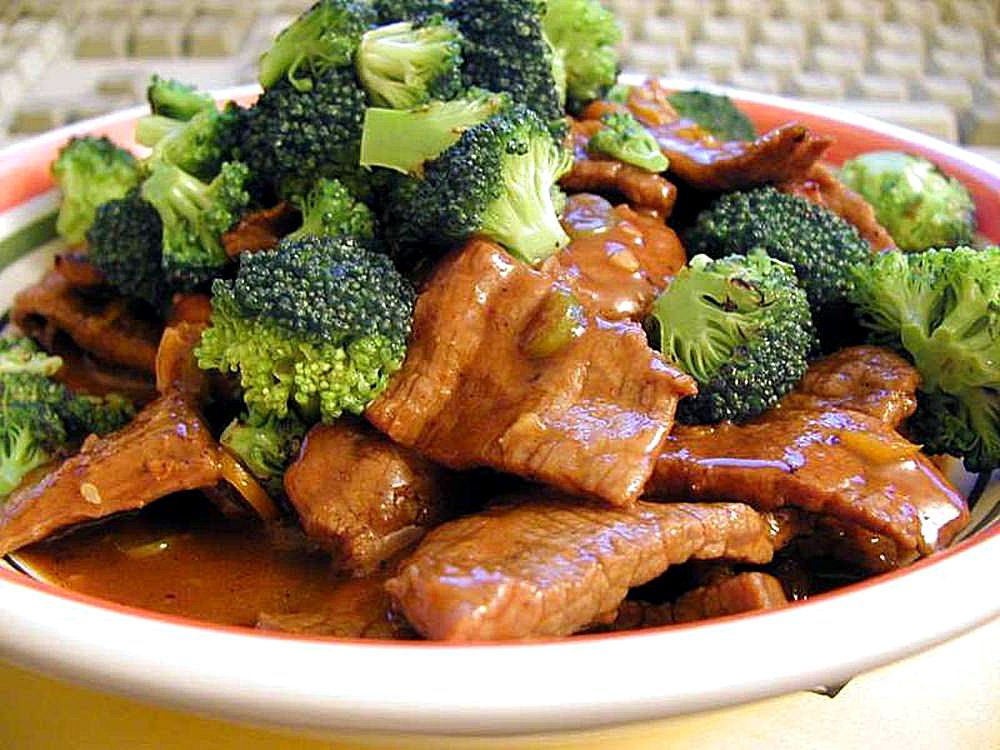 6. Beef and Broccoli. This simple dish was not possible for the Chinese to make since broccoli isn’t available in China. 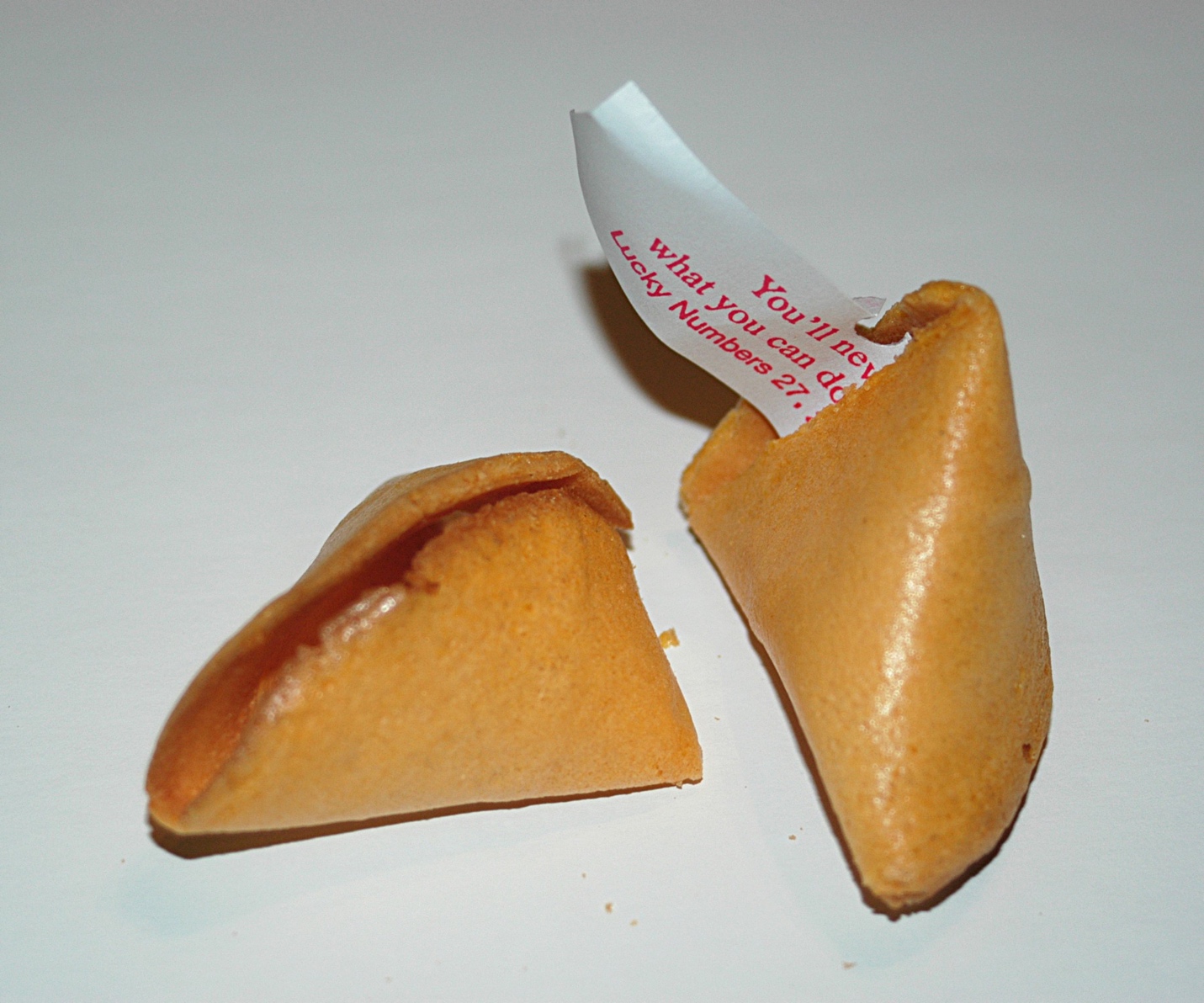 7. Fortune Cookies. Also born in the USA – either San Francisco or Los Angeles (nobody knows for sure.) They’re so NOT CHINESE that in China they are marketed as ‘genuine American fortune cookies.’