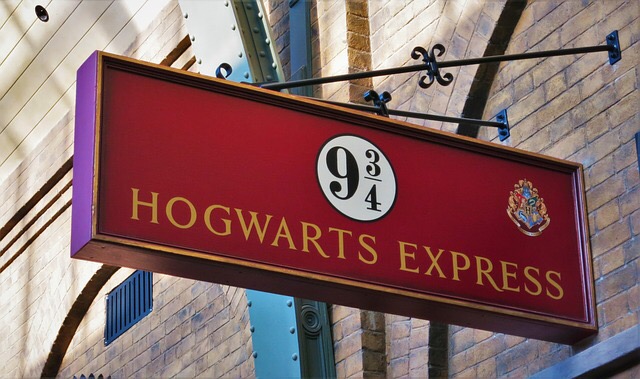 By now, most people know that J.K. Rowling’s series of books about young student wizard Harry Potter isn’t exactly for kids. It gets pretty dark pretty fast, and it wrestles with themes one sees more often in Young Adult fiction.

If you’ve read the books and seen the films a gazillion times, you can’t help but notice some really harsh things about the wizarding world. It’s quite a bit more like medieval Europe than our (relatively) safe and free Muggle world. And Hogwarts? It would be closed down after one semester by parents and social workers if it was in California. 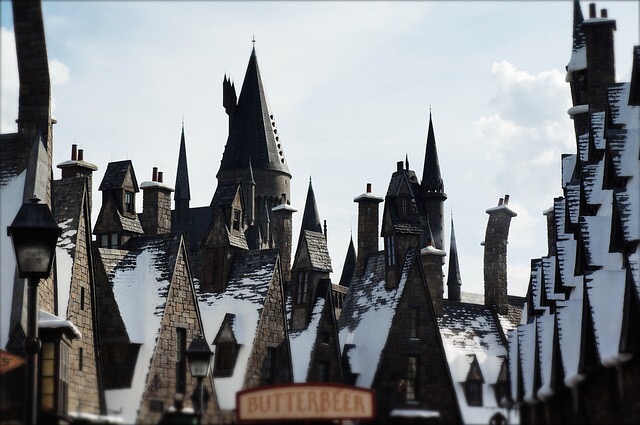 Children who attend Hogwarts School of Witchcraft and Wizardry need a permission slip to visit the nearby town of Hogsmeade, with its tantalizing butterbeer and sweet shops. This is a major plot point in “Harry Potter and the Prizoner of Azkaban,” as poor Harry doesn’t have a parent or guardian to sign for him.

However, there appears to be no such permission slip requirement to play quidditch, the incredibly dangerous, high speed aerial sport which is like dodge ball on steroids and PCP. Harry is drafted onto his quidditch team by his own teacher — the same teacher who won’t let him go to Hogsmeade without paperwork.

The takeaway? Wizard children can be pummeled or fall to their deaths, but a parent or guardian needs to permit them to relax.

6. House elves are pretty much slaves at worst, indentured servants at best. 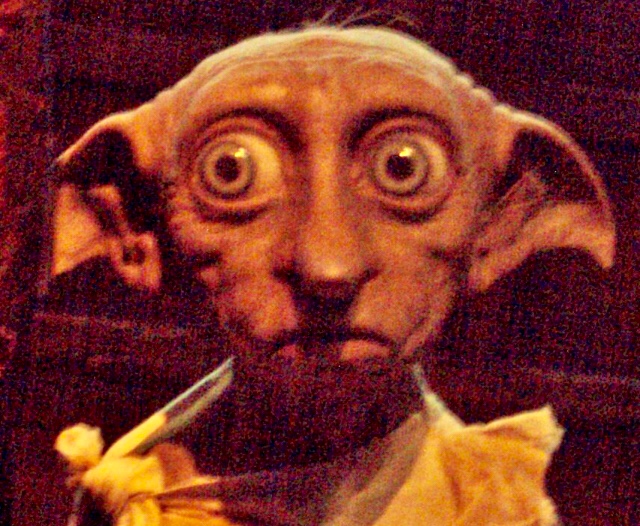 The wizarding world has sentient creatures in it whose entire purpose is to serve humans. There is really no pleasant way to phrase that. Hermione Granger found the concept so offensive that she founded S.P.E.W., the Society for the Promotion of Elfish Welfare. That it had not occurred to any wizard children before her is more than alarming.

House elves (yes, they are called that) cook, clean, and receive general abuse depending on the level of callousness in the wizard family that owns them. They are only freed after receiving an item of clothing from their master, so they cover themselves with old tea towels and pillowcases. They are compelled to torture themselves for displeasing their master — utterly brutal.

5. There is no system in place to protect the welfare of children or employees. 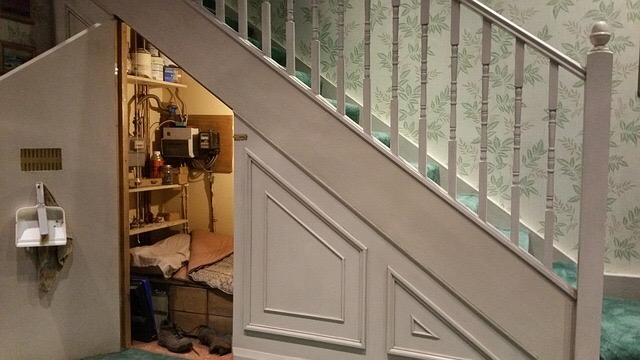 In our world, if your parents die and your only living relatives are abusive, neglectful prats who force you to live in a cupboard under the stairs, Child Protective Services will remove you from that home. In the wizarding world, it’s just, “Oh, pity. Well, what’s for tea?”

Oh, and then there are school books that actually try to eat you. This is definitely an OSHA violation in the Muggle world. 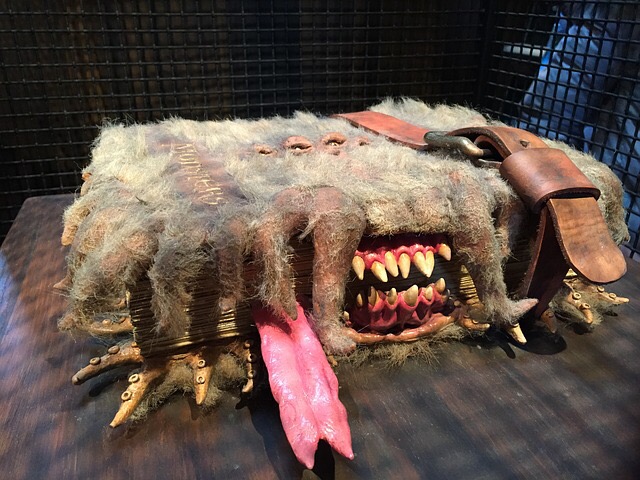 4. There are potions and spells that negate and overpower free will. 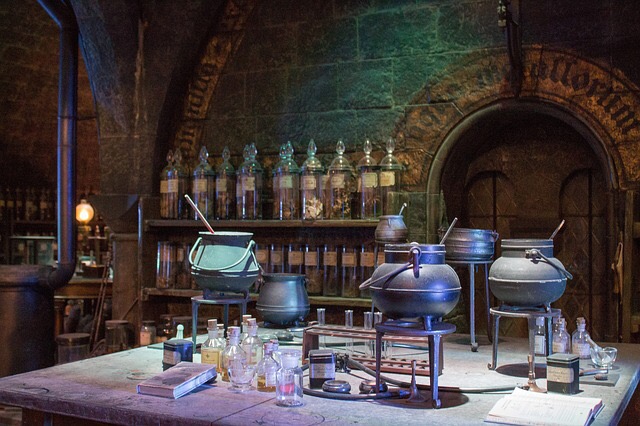 Love potions were used by hormonal teenagers to comedic, and sometimes near-fatal, effect in the later Harry Potter books and films. Rowling wrote them as irresistible to young women, who were the most motivated to use them on their crushes.

The most devastating occurrence led to the birth of Voldemort. When Merope Riddle fell in love with Muggle Tom Riddle, she fed him a love potion, married him, and had his child — the dark wizard who tried to kill Harry and twice wreaked havoc upon the wizarding and Muggle worlds.

Unexplored were the darker implications of love potions and the Imperious curse by sexual predators — which is fine, because an entire series of books about an adult trying to murder a child is dark enough.

3. It hasn’t occurred to one wizard to cure cancer? 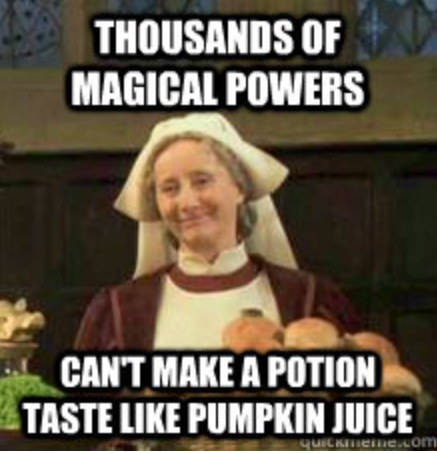 We get it. Magical injuries are pretty awful. From missing bones to petrification, it takes a lot of energy to keep wizards alive. But considering all the intermarriage with the Muggle world, it hasn’t occurred to one magical person to take a crack at curing cancer, HIV, or Ebola?

Yes, there’s the International Statute of Wizarding Secrecy because Muggles used to hunt down wizards and witches. But surely some enterprising magical person could’ve brewed the cure for cancer, founded a drug company, and marketed it in pill form. No? Okay, then.

2. Speaking of Muggles…exactly how many have had their memories erased? 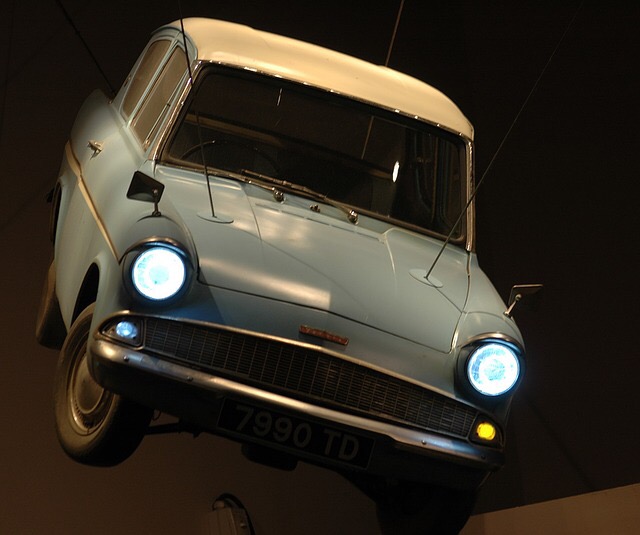 Because of the International Statute of Wizarding Secrecy, any Muggle who has managed to glimpse a feat of magic (such as the Weasley’s flying Ford Anglia) has their memory wiped with the handy memory charm Obliviate. This means any wizard who accidentally discharges a wand in the presence of mere mortals must then again use their wand to remove their recollection of the incident.

One might argue it’s a piece of mercy, as any Muggle running around telling someone they saw a glowing blue deer or a pot that scrubs itself might be deemed mad by their peers. But most of us would prefer to decide that for ourselves. It seems incredibly unethical to simply erase one’s errors in judgment by making witnesses forget…and all the implications therein.

And number 1, polyjuice is the ultimate catfish potion.

When you can drink something that makes you look like anybody in the world, the potential for enduring confusion and trauma, not to mention outright international mayhem, is inestimable. All you need is a hair off a coat or jacket (plus some other ingredients and a strong stomach), and you can turn yourself into the Queen, the president, your boss’ boss, your husband’s ex…whatever your devious heart desires.

But in the Harry Potter series, this potion was used to devastating effect when Barty Crouch Jr. turned himself into Hogwarts professor Alastor “Mad Eye” Moody. In an elaborate scheme to bring Voldemort to full power, Crouch drank the potion for an entire school year, befriending Harry Potter and his pals in the process.

To put this in the starkest terms, Harry actually made friends with the dark wizard who aided and abetted the murder of student Cedric Diggory, a child. And to make this even worse for us as readers and viewers, Crouch so perfectly studied and mimicked the mannerisms of Moody that he became the grouchy but charming curmudgeon in our minds.

In the ultimate mind-twist, not only did Harry unknowingly befriend a dark wizard, but he became our favourite character in the fourth book and film. It’s like Rowling pulled the ultimate polyjuice prank on us. If you feel a little violated, imagine how Harry felt.