Once upon a time, being a fan of comic books over the age of five was a social prison sentence where one’s daily existence would consist of swirlies, wedgies, and dateless Friday nights.

Not in 21st century America, however.

No, these days superheroes and comics are hip and cool, with those who possess expert-like knowledge of these modern day myths being hailed as pop culture historians and new media storytellers. It seems as if everywhere we turn, dudes and chicks in tights pervade our way of life, from movies and television, to t-shirts, posters, and children’s stories.

There’s no subject more hotly debated among comic fans than what heroes are most overrated — those who are extremely well loved, but simply get way more credit than they should.

Here’s a few that fall into that category. 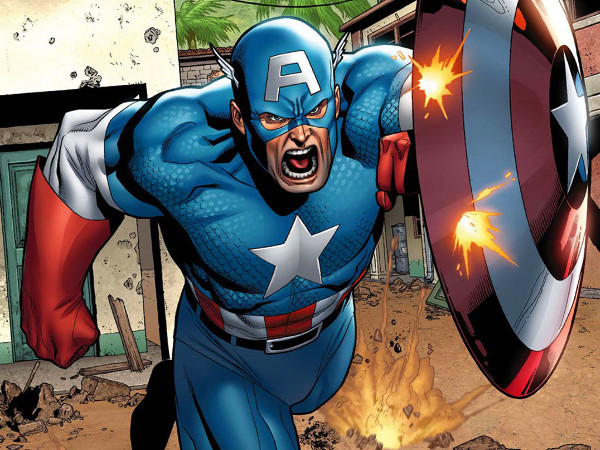 Steve Rogers, AKA, “Captain America,” is pretty much a walking good guy/hero stereotype, a man so full of righteousness and do-gooder attitude it’s almost nauseating.

Cap was just your average, run-of-the-mill, sickly weakling until he volunteered for experiments that turned him into a super soldier during World War II, where he fought Nazis and even punched Hitler in the face.

Not only did Rogers gain super strength and speed, but the serum that turned him into a hero also amplified his natural bent toward being a good guy off the charts. He’s insanely loyal to his ideals, and always does what’s right, and refuses to compromise. All of this sounds awesome, right? Like this is the kind of guy every girl dreams of bringing home to mom and dad, yet, due to his lack of a dark side, his refusal to give on what he believes is right, he tends to rub some folks the wrong way.

To many, this makes Cap too predictable and boring, but despite some of the hate, he still remains one of the most popular superheroes of all-time. 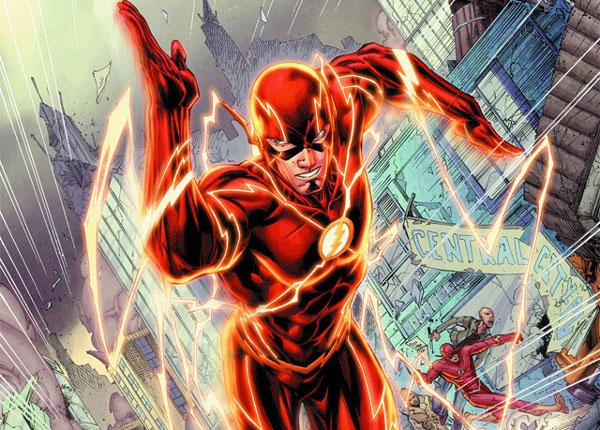 A good majority of superheroes that exist in the world of comics have a variety of powers they can call upon when saving the world from the clutches of evil, but not The Flash. Nope. All he does, honestly, is run really, REALLY fast. So yeah, it’s not just a clever name.

The Flash was introduced back in the 1940s and is considered one of the most popular superheroes around, especially thanks to the latest incarnation of the hero on CW’s hit television show of the same name.

While Barry Allen can move at insanely fast speeds, enabling him to time travel, read super fast, and throw bolts of lightning, at the end of the day, the character tends to lack a lot of depth. Again, all he can do is run fast. Like Steve Rogers, Allen rarely ever tends to wrestle with whether or not to do the right thing, and he almost certainly would never consider offing the bad guy in order to keep him from realizing his dastardly schemes. 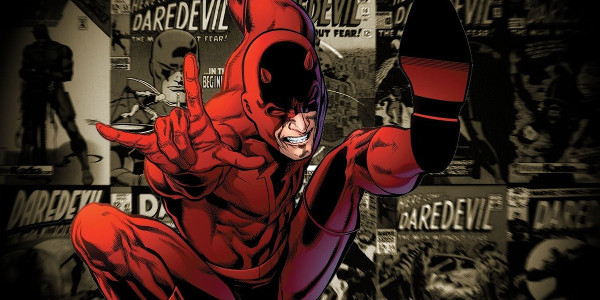 You’d think the concept of a blind superhero who is basically a ninja — and hilariously spawned the Teenage Mutant Ninja Turtles franchise — would never ever be considered overrated. After all, the concept is unique, fresh, and well, really cool.

You’d be wrong though, which is something you’re probably used to if you’re anything like me, but eh, that’s a topic for another day.

Anyway, Daredevil, also known as Matt Murdock attorney at law, went blind in an accident as a little fella, was trained in martial arts, and became the man without fear by honing his remaining senses. What’s not to love, right?

The reason this chap seems to get raked over the coals is due to Ben Affleck’s portrayal of the character in 2003’s “Daredevil,” a movie so bad you couldn’t pay moviegoers to watch it. The movie was an utter failure and painted the character negatively until his recent debut in a new series on Netflix.

Unfortunately, to many, he still seems like just another average, stereotypical superhero in tights. 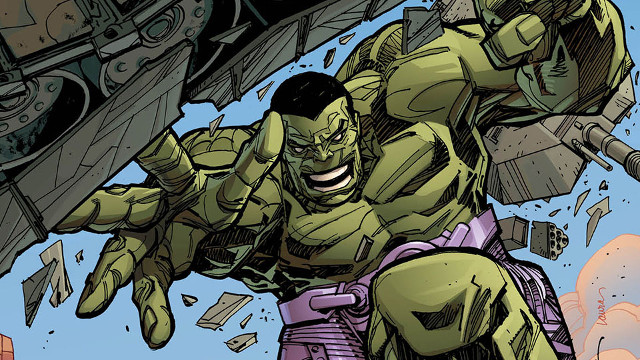 Hulk might be the strongest there is — and there’s something to say for that — but when it comes to character development, this dude is seriously one-sided. I mean, the guy only has one emotion: angry.

Granted, there is much depth to Bruce Banner as a deeply scarred and flawed man psychologically speaking, which makes up some of Hulk’s story too, but let’s face it, the majority of the time, all we see is Hulk smashing the snot out of bad guys and leaving a trail of destruction where ever his ginormous feet trod.

Unlike most superheroes, Hulk is a slave to his impulses, meaning he has no control over his power, so while he’s got the most strength of any superhero in the Marvel universe, he can’t control it and often times it ends up causing more harm than good. 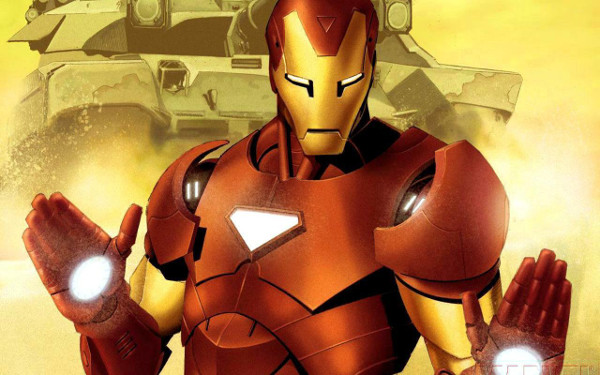 Tony Stark is hilarious and has loads of personality, but when it comes right down to it, the only reason he’s a hero is because he has a nearly never ending supply of money and a brain bigger than an elephant’s hind quarters.

Iron Man is basically a suit of armor. That’s it. He doesn’t have a super power unless you count his sweet, overstuffed bank account and intellect. So, there’s nothing really all that “super” about the guy. He just has a lot of fancy toys he uses to save the day.

Not to mention, more often than not, the threats that the heroes face in Marvel comics are somehow tied to blunders made by Stark, so that plus his alcoholism hardly makes him fit for the title “hero.” 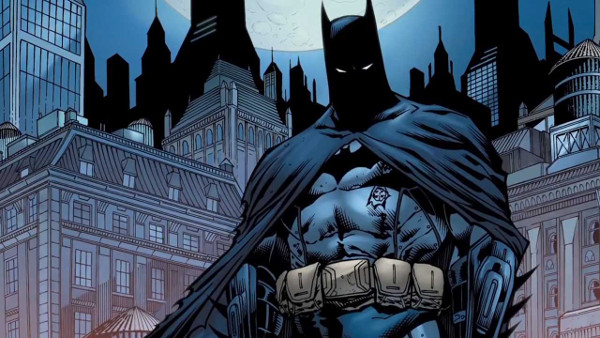 Speaking of overrated, non-powered superheroes, how about that Bruce Wayne/Batman guy?

While Batman is certainly one of the most instantly recognized and iconic heroes in pop culture history, he’s not really a “super” hero any more than Iron Man. He’s wealthy, has an axe to grind against baddies due to a traumatic childhood event, and has lots of gadgets and some sweet ninja skills.

However, what really kills Batman is overexposure. It seems like every few years we’re getting a new Batman franchise reboot with new actors rotating out of the role faster than a three dollar hooker at the local brothel. Bats has several different comic series, television series, movies, t-shirts, and on it goes.

What really seems to annoy fans is how Batman, despite being without powers, is able to defeat every single villain and hero in the DC universe with ease, having backup plans for his backup plans.

When the word “superhero” comes to mind, almost everyone instantly thinks of the most legendary, iconic figure in pop culture history: Superman.

Supes, also known as Clark Kent was the original superhero, the first of his kind, and while he is a symbol of hope, justice, truth, and the American Way, he also has a tendency to get on people’s nerves.

This primarily has to do with how overpowered Supes is. The guy can turn back time, lift and push planets out of orbit, fly, see through walls, shoot lasers from his eyes, and that’s just scratching the surface. Oh, and he’s nearly invincible. Only kryptonite can kill him.

Given his overpowered status, many wonder what kind of depth Superman can have, given that his saving the world isn’t much of a sacrifice since he can’t be killed. Add to that the fact he’s every bit as much of a do-gooder as Captain America and you have a recipe for super boring.

After all, who can challenge someone that’s basically a god?