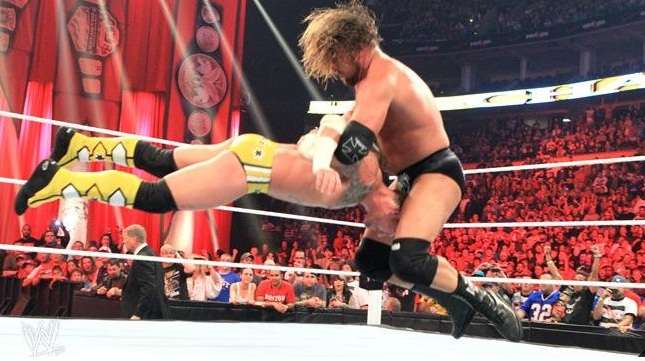 The Pedigree is still done today by Seth Rollins, but not how it used to be. The move in question involves standing over a bent opponent and hooking both of their arms before jumping up and planting them face-first into the ground.

The victim’s arms used to be hooked at all times but are now released once in the air so the wrestler can brace for impact and better protect themselves. 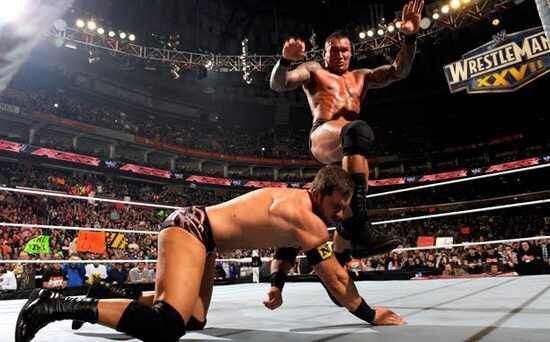 This kick isn’t anything crazy, just incredibly dangerous. Randy Orton used to do a vicious kick to a downed opponent’s head. Needless to say, if this kick goes wrong, your brains are scrambled.

That happened enough times for the WWE to ban it, to the relief of many of Orton’s victims/

5. Chair shots to the head 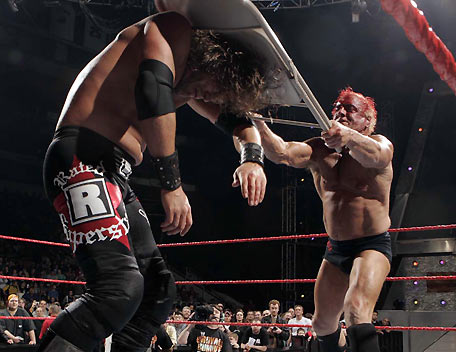 Wrestlers are hit with chairs all time, but the days of being hit right in the head with one are over, at least for now. Why this is banned pretty self-explanatory. No one is lining up, eager to get a concussion. 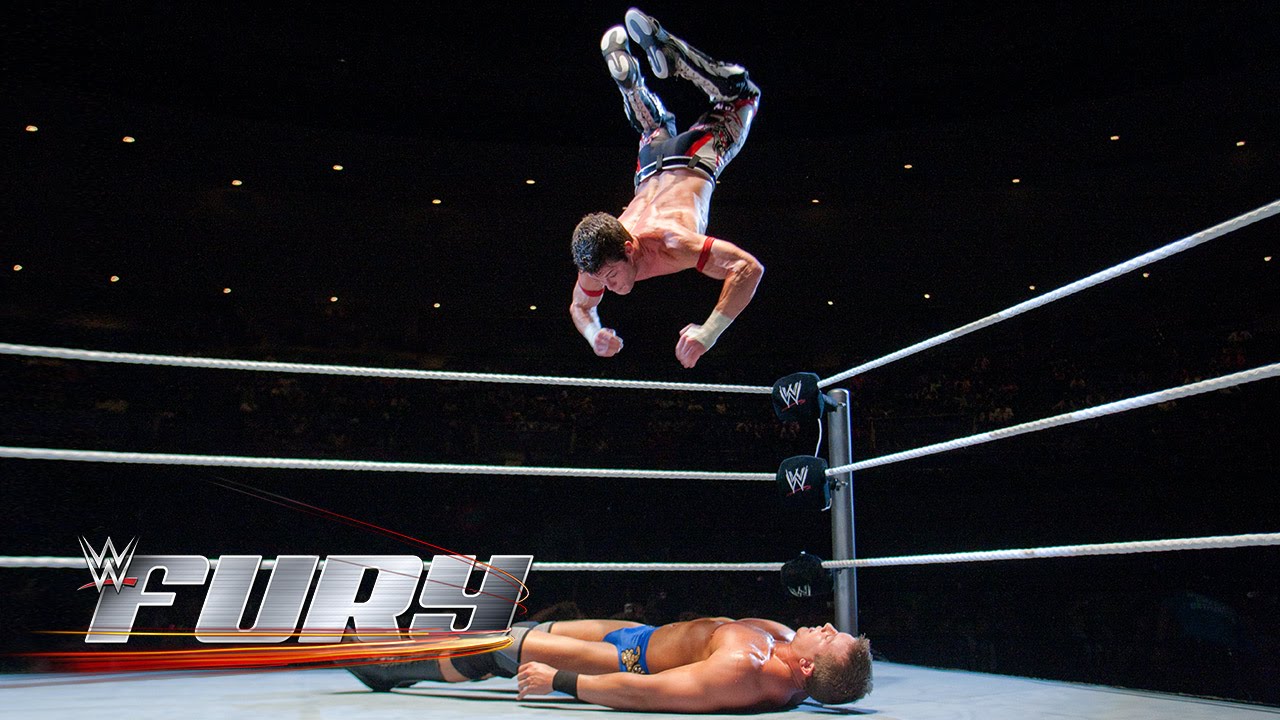 The Shooting star press is a move off the top rope where a wrestler jumps forward while doing a backflip, before landing on their opponent, like a splash. It’s a high-flyer’s kind of finisher.

You might see this move from time to time elsewhere, but after Brock Lesnar tried to do it once and ended up landing on his head, the WWE decided it was too dangerous. Big name wrestlers bring in too much money to risk this acrobatic move. 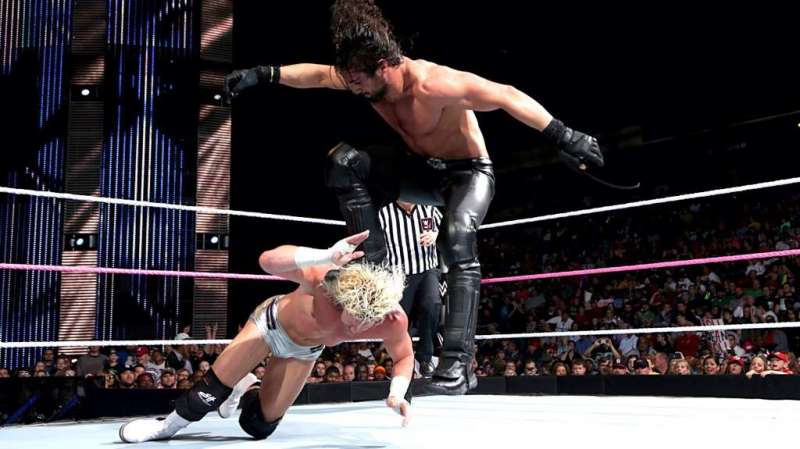 This used to be Seth Rollins’ finishing move and it looks like it sounds, but with a bit more flair. Rollins would run up to a downed opponent, jump in the air, and use the back of his foot to drive their face into the ground.

Beyond the massive headache you were bound to get if the move was botched, the WWE was also concerned with children imitating this move and I can see why. This was a lawsuit waiting to happen. 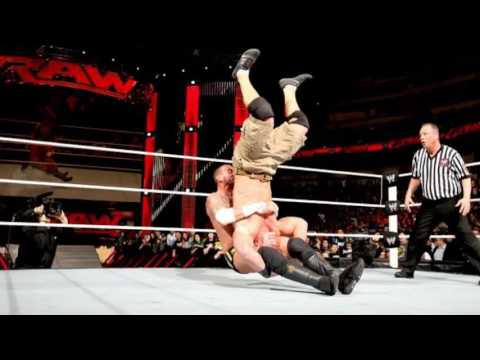 The classic piledriver is pretty simple. You hold your opponent upside down and then drop them on their head. There are several different types of piledriver-like moves such as the “Tombstone” which was made famous by The Undertaker.

In the end, someone’s head and neck are being driven right into the mat. Many necks have been broken by it, including Stone Cold Steve Austin’s in a match against Owen Hart. The piledriver is just plain nasty. 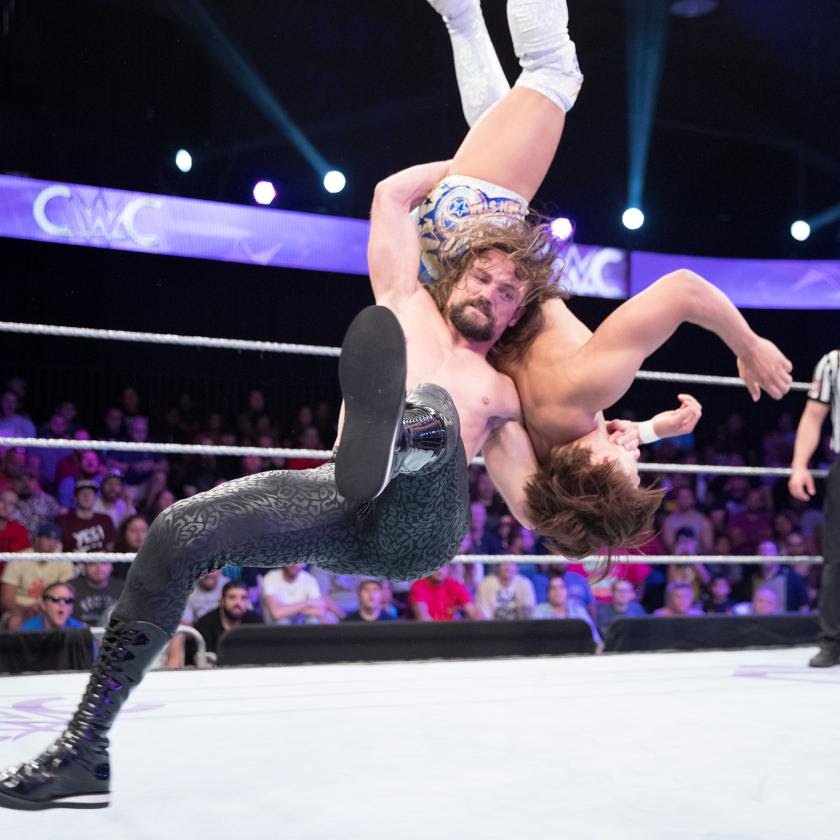 This is another sort of piledriver-like move, but on steroids. Instead of a traditional piledriver or brainbuster (holding a wrestler in a vertical suplex position before dropping them on their head and shoulders), the burning hammer starts out like a fireman’s carry. Instead of lifting your opponent onto your shoulders while they are bent forward, they are bent backward. Sort of like another move called the torture rack.

Once you’ve got the other wrestler lifted up, you jump and bend to the side to drive their head and neck into the ground (see above). With all those other piledriver moves banned, it is no wonder that this one is, too- it looks lhe most vicious of them all.