No film in the history of cinema is without what we movie buffs call “plot holes,” unanswered questions that leave viewers scratching their head and somewhat make the story not make sense. It’s impossible for a story not to have some of these.

However, there are some films, rather famous ones, where much of the plot simply doesn’t add up. Character actions and motivations don’t make sense. Explanations for how the good guy got to the right place at the right time go unanswered. And on it goes. 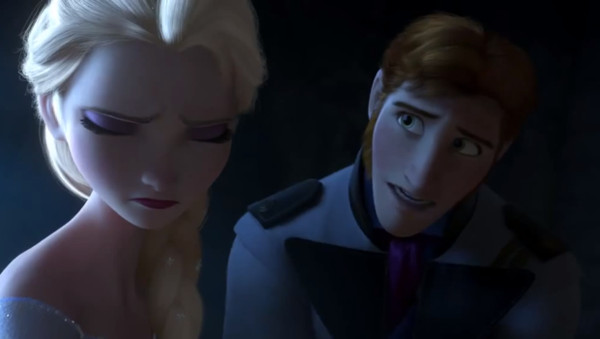 Okay, so, aside from that amazingly annoying — and highly catchy — tune “Let It Go,” being driven like a spike through our ear drums on every radio station on the planet, the big draw for the film was the twist where we find out the adorable Prince Hans is actually the villain of the story.

Hans successfully woos Queen Elsa’s sister Anna, as part of a diabolical plan to take over the kingdom of Arendelle by charging Elsa with treason. Which doesn’t make sense, because treason is an offense committed against the state and Arendelle is a monarchy ruled by Elsa herself. How can she possibly have committed treason against herself?

Even if Hans succeeded, that would only mean Anna is Queen and the rightful ruler, as the monarchy is passed through bloodline only. 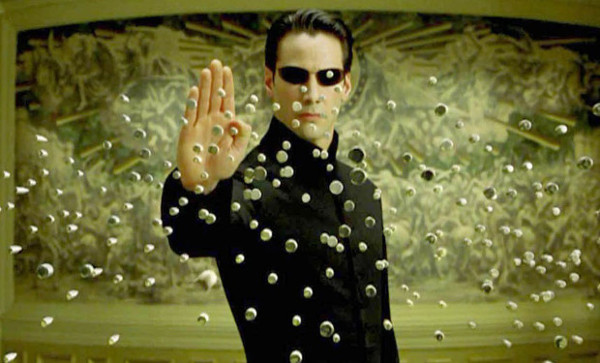 In “The Matrix” universe, agents are a formidable force comprised of computer programs tasked by the machines who rule the real world with preventing humans from screwing around with the digital world and freeing people from this prison of the mind. They possess the power to take over the digital “body” of any person in the Matrix.

So, the question is, why in the world didn’t the agents simply take over Neo’s body when they found out Morpheus was trying to recruit him? Or, even simpler, why didn’t they just follow the man when he got in Morpheus’ car and find their hideout and stop Neo from being freed?

Granted, this plothole is sort of explained a little by the later films in the series, but this movie was created as a stand alone, so, on its own, it really doesn’t make sense. 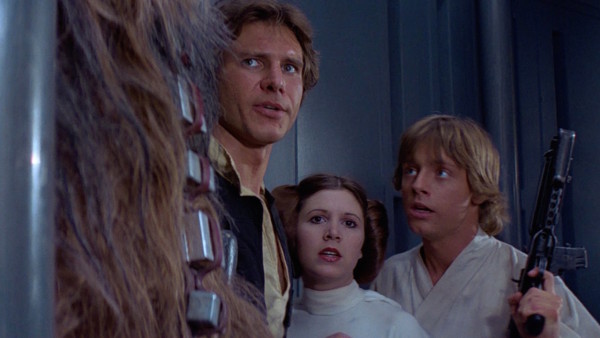 Some might accuse me of sacrilege for saying “Star Wars” doesn’t make sense, but just hear me out before you call for my banishment from nerd culture.

We all know one of the greatest plot twists in film history was the whole Darth Vader is Luke Skywalker’s dad thing from “Empire Strikes Back,” right? Well, how in the world did Vader not know Luke, his son, was alive and on Tatooine?

When Vader — Anakin Skywalker — fell to the dark side in the prequels, Obi-Wan made sure his twin children, Luke and Leia, were separated and sent away into the galaxy to prevent them from falling into his evil clutches.

However, Luke, who retained the Skywalker name — unlike Leia — was sent to live with Anakin’s stepbrother and his wife, both of whom he had met before. How could such a powerful dark lord of the sith possibly miss this?

Also, how did Vader not sense Luke was his son when trying to prevent him from blowing up the Death Star? Surely he would have felt a familiarity in his essence through the Force? 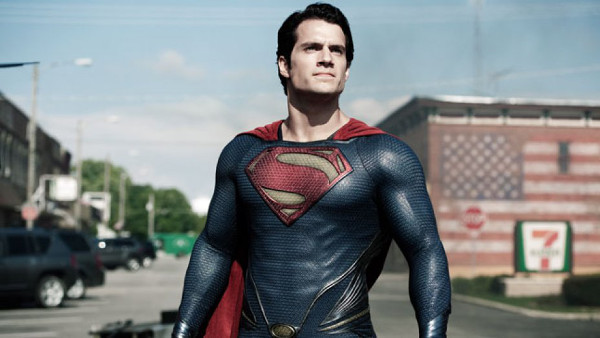 The DC Extended Universe has had many, MANY problems with plot, story, and character development, and it all started with a somewhat mediocre reboot of the Superman franchise that reinvents much of the mythos we’ve become familiar with.

For starters, why in the world did the metallurgist who examined a piece of Kryptonian technology brought to him by Jonathan Kent, NOT tell anyone else, including the government, about his findings? He really just let him walk away with no questions asked?

Or how about the fact that when the film’s villain, General Zod, shows up, instead of Superman heading off to visit with his Kryptonian father and ask him how to defeat the maniac, he goes to see a human priest?

Worse yet is the whole plotline involving Lois Lane being ordered to go with Superman aboard the ship Zod sends to pick him up. No reason is ever given for why they brought her on board. Zod and his minions had never met Lane before, nor did they know her and Supes were sort of becoming an item. 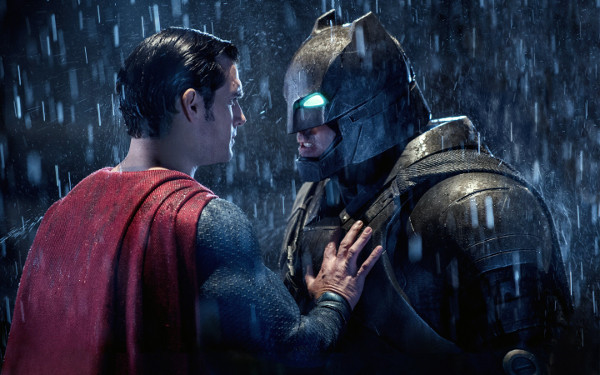 Like I said, the DCEU has a lot of problems, particularly with making a story flow logically and not bore you to tears.

The film was so poorly edited together — in its theatrical release — that even toward the end of the two-and-a half hour long runtime, you still felt like you missed a chunk of the movie because you simply had no idea what just happened and why.

Much of the plot involves Batman being manipulated by the atrociously annoying Lex Luthor into believing Superman is a threat to the safety of the world, all of which culminates into a final battle where the two heroes fight, make up, and take on a huge Kryptonian beast made from the blood of Lex Luthor and the body of General Zod.

Sounds interesting, right? The only problem is there’s absolutely no real reason given for Luthor’s absolute hatred for Superman. Nada. Zip. Zilch. Nor is any explanation to be found for how Lex discovered Supes’ real identity.

Why was uttering the name “Martha” — which is the name of both heroes’ moms — enough to suddenly undo two years of pure hatred for the Man of Steel in the heart of Batman? Superman was able to discover Lois Lane falling from a building, but was clueless about his mom being kidnapped and held hostage?

As you can see, this movie, despite its popularity, is really sort of jacked up plot-wise. 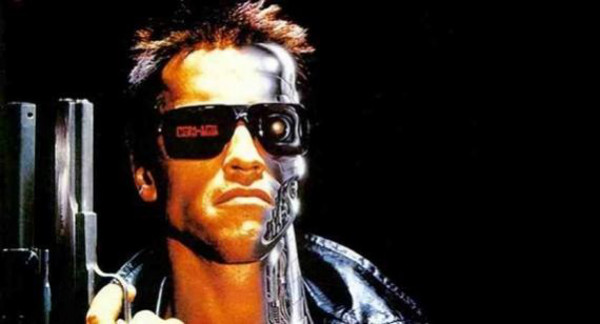 In this James Cameron sci-fi classic, machines have taken over the world and are in a war against humanity, as Skynet sends a terminator machine back in time to kill the mother of the human resistance to prevent him from ever being born.

John Connor, the leader in question, sends back a man known as Kyle Reese to protect his mother, knowing that this man would impregnate her, and thus lead to his birth.

The reason why this doesn’t make sense is because of the oddity of time travel. If John had to send Kyle back in time to ensure he was born, who was his father the first time around? Is this some sort of weird loop? Also, in later films, when John and his mom attempt to stop Skynet, wouldn’t that technically endanger John’s very existence? Without Skynet causing the war and sending back the terminator, there would be no reason to send Kyle back in time, thus meaning that Sarah, his mother, would not become pregnant with him.

With a plot hole this big, you need to be Albert Einstein in order to figure everything out. 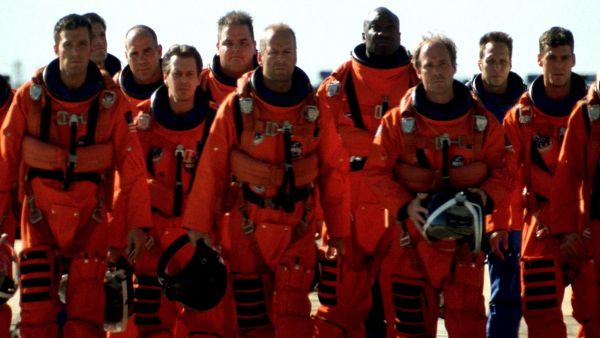 Okay, so an asteroid the size of Texas is hurtling toward earth and the solution NASA comes up with is to attempt teaching a group of redneck oil drillers how to become astronauts in order to plant a nuke on the sucker and blow it to kingdom come?

I’m sure you already see where I’m going with this.

Why didn’t NASA simply have the drillers teach the astronauts how to use the equipment by having them brought on an actual oil rig, or I don’t know, walk them through the process of using the equipment via radio?

Apparently even Ben Affleck, one of the film’s big stars, asked director Michael Bay this question and didn’t receive an answer. Guess it’s just one of those things where we’re supposed to just “suspend” our disbelief or something.