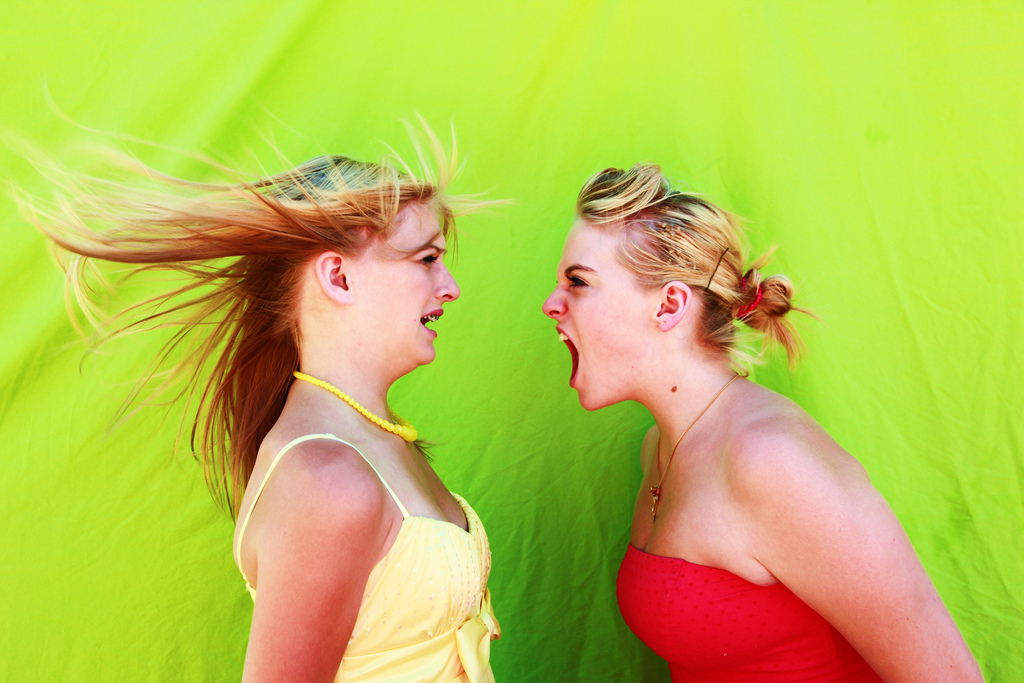 At first, your friendship seemed to be perfect. You seemed to be compatible in everything from music tastes to favorite foods. You did everything together and you chronicled your adventures on social media. Lately, however, something has changed and you’re not sure what.

Here are 7 ways to can tell that your friendship may be turning toxic.

1. They Are Demanding All Of Your Time
You’ve been friends for months, but they keep making demands of your time, trying to get you to do things with them that you may not necessarily want to do. They don’t understand your requests for alone time and worse, they become hostile about it. Every second you’re not spending with them is time wasted, in their eyes. It’s to the point of obsession, but you don’t want to say anything about it because you don’t want to lose your friend. Which leads to #2…

2. They’ve Become Passive-Aggressive
This could be on social media, or it could be in person. You refuse to do something with them, and they made a snide remark about how a “real friend” would agree to do it. On the internet, you see them post statuses about how they need someone who will hang out with them and have fun instead of drag them down. While they don’t directly mention you, you know they’re trying to guilt you into doing things with them even if you don’t want to, because they don’t respect your boundaries.

3. They Don’t Allow You To Have Other Friends
If they don’t even want you to have time to yourself, why on earth would they want you to spend time with other people? They make you feel guilty for having friends outside of them, almost as if you’re cheating on them. You feel suffocated, like you don’t have any space to yourself and honestly, it’s kinda creepy how obsessed they are with you.

4. You Find Yourself Avoiding Them
They ask you go to clubbing every weekend, but you’d prefer a quiet night to yourself, wrapped up in a comfy blanket and indulging in your favorite book. Unfortunately, they don’t understand that you want your you time, and make you feel bad for not coming out with them. So now you’re making excuses as to why you can’t hang out with them. Last week it was that you had a headache. This week you need to hit the hay early so that you can get up early to help your gran in the garden. It has become a chore trying to come up with reasons you can’t go drinking and dancing with your friend, all because they don’t understand the word “no.” At some point, you just end up ignoring your phone because you just can’t take the stress anymore.

5. They Take Any Criticism As A Personal Attack
They ask you your opinion on their relationship, but when you give your honest opinion (“He seems kind of rude to you when you’re in public together.”) they become defensive and begin attacking you as if you just insulted their dead grandmother. You feel like you can’t be honest with them (brutally or otherwise) because they don’t know how to take constructive criticism. Everything is a personal attack and they feel like the whole world is against them. Their paranoia is draining and makes you worry about every single thing you say around them. It’s exhausting.

6. They Spill Your Secrets When You’re Not Together
As soon as you start to express any sign of disinterest in them, they take revenge on you by telling people your deepest, darkest secrets. Remember when you had a little too much to drink and told them how you wet the bed in sixth grade? Suddenly everyone seems to know it, and you’re not sure how it got out. Surely someone who claimed to be your best friend wouldn’t betray you like that, right?
Wrong.

7. They Talk Sh*t About You To Your Significant Other
They don’t like that you are spending time with your partner, because that means you’re not paying attention to them. If you made the mistake of venting to them about a small spat you had, they are not above going to your partner and spilling everything you said in confidence. They do this to alienate you from anyone else who might have a stake in your time and energy so they can be the only one you hang out with. (Trust me, this is from experience.) Occasionally, they’ll even flat-out lie about you to your partner, just because they can. It’s extremely creepy.