Home is where the heart is — not necessarily the granite countertop and two car garage. All over the world and even in America, people manage to make do in spaces and places many of us can scarcely imagine.

What follows is an increasingly popular housing option and six types of dwellings that may seem unique to people in the West, but are just run of the mill houses to the people that build them. 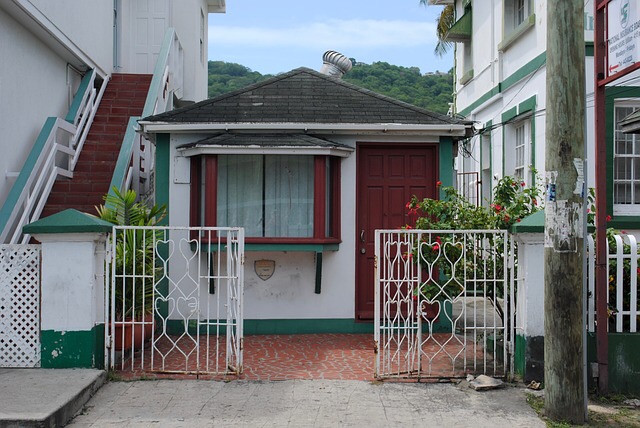 These are becoming more popular now that so few people can afford the sort of suburban homes we’ve all associated with the American dream. Maybe as the economy picks up, they’ll become less appealing, but right now, they’re so trendy that there are several cable shows dedicated to them.

Considering how many of these are mounted on wheeled foundations, one might suspect tiny homes are just a modern way to work around the mobile home stigma. Maybe tiny homes will fill up the trailer parks of the future, which will be populated with hip young couples with children called Dawson and Emily. 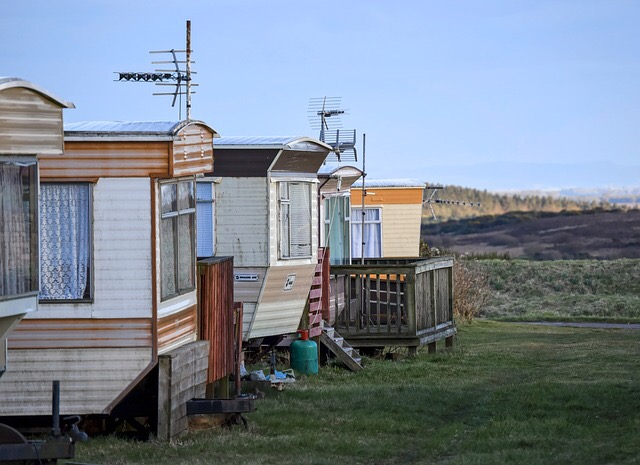 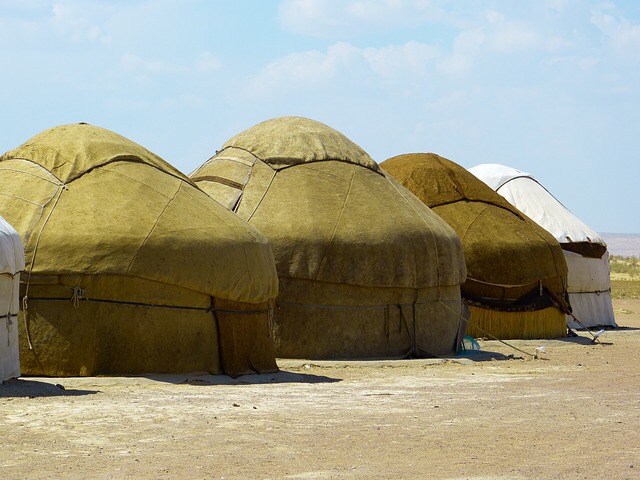 Mongolians, the nomadic horse culture that gave the world Genghis Khan, have been living in yurts since the thirteenth century. The spherical tents — constructed of lattice wood frames and the felted wool of yaks, goats, and sheep — make sense for a group of people who travel constantly.

They have been co-opted by Americans with enough land in their backyards to have a very fancy bedroom fort: 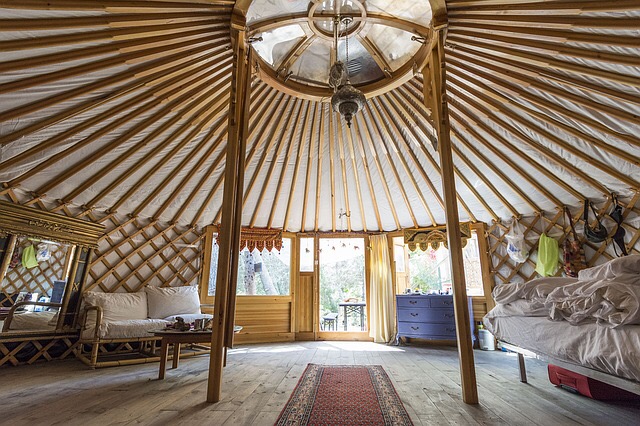 …but a real yurt may house an entire family, plus have cooking and dining facilities in addition to a sleeping area. 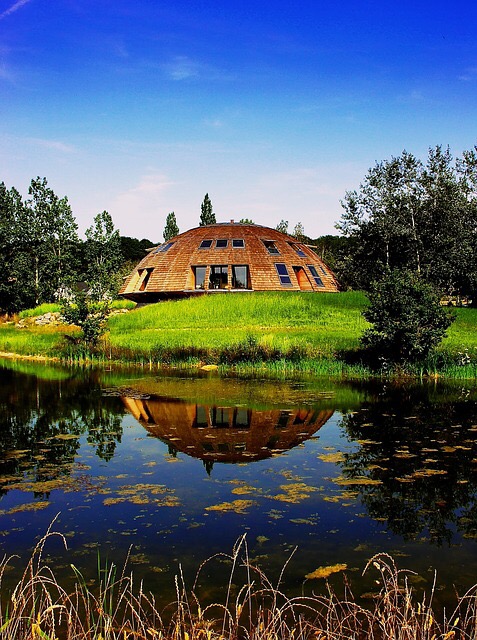 Mathematician and engineer Buckminster Fuller envisioned a world filled with energy efficient geodesic architecture. These shapes, made of triangles that attach in a dome formation, never really took off, but an assortment of structures ranging from cheesy and faux-futuristic to truly elegant and awe-inspiring still dot the American landscape today.

They are touted as easy and cheap to build, safe during numerous natural disasters (including earthquakes), and would probably send your neighbors with pitchforks down to the HoA. Make sure it’s okay to put up one of these bad boys before you begin your build; they tend to stick out. 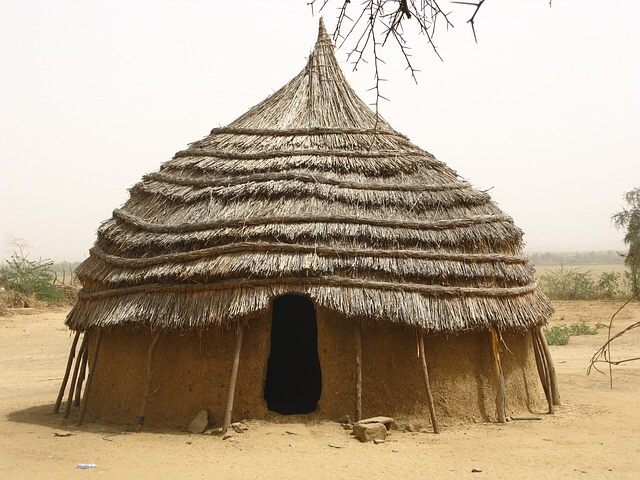 “Use what you have” is the number one rule of shelter building, and a variety of people around the world exemplify this rule in the mud hut. Literally made of the earth, there is almost no place on the planet you can’t construct a mud hut (and we’ll address those in a minute).

From Africa to Australia, Bangladesh to Bhutan, mud construction works for a significant portion of the human population. A good mud hut can go up with just four men working and last for years. They are not recommended in rainy climates, however. 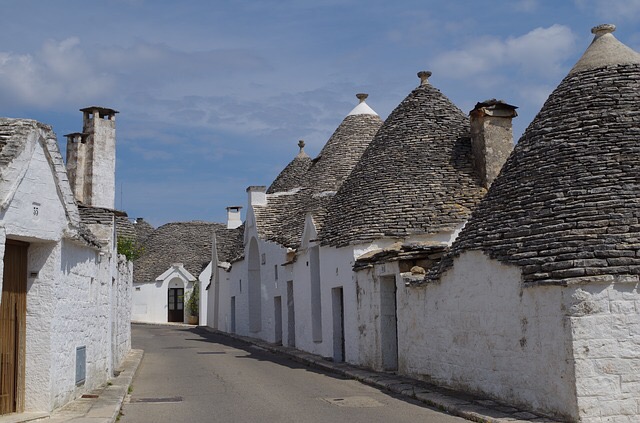 These little stacks of limestone in Alberobello, Italy have been around since the fourteenth century. They are constructed of local materials and have stood the test of time.

These were allegedly easy to take down when the king’s officials came around, looking to collect your property taxes. I’m not sure how all these people hid their entire disassembled houses from the tax collectors, but the idea is very compelling. 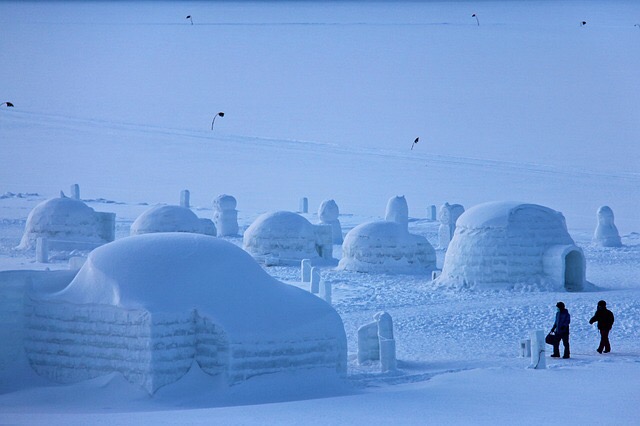 The Inuit lived, and many still live, in these domes of hard packed snow and ice in a land where there are no plants or mud. The inside of a well made igloo can be 40 degrees warmer than the temperature outside, which makes all the difference in such an environment.

You’re not going to lounge around in your shorts or a neglige in an igloo, but you will be protected from unimaginable, bitingly frigid winds. People even cook inside igloos. A good one strengthens over time, and doesn’t melt until warmer weather hits.

But the number 1 strangest home is the cliff dwelling. 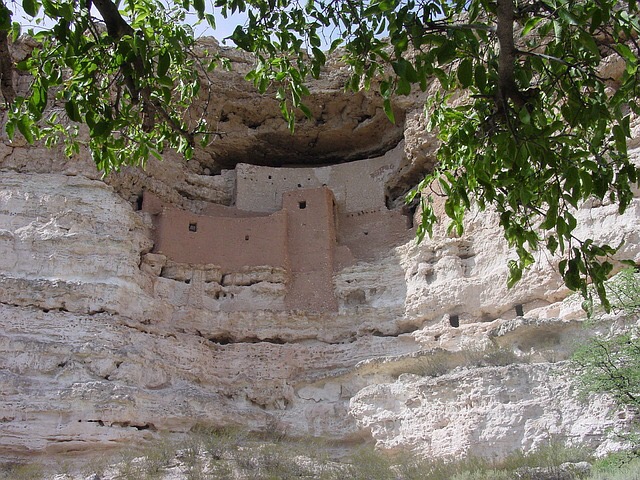 These high rise homes of stone, both ancient and modern, have captured our collective imagination from the age we learned that falling hurts. From the Mesa Verde site in Colorado to the functioning monastery in the Himalayas, cliff dwellers seem both safe from any intruders and precariously perched.

Even something as comparatively modern as Amalfi is intriguing. You can imagine the sea breeze and spectacular views from such a place. 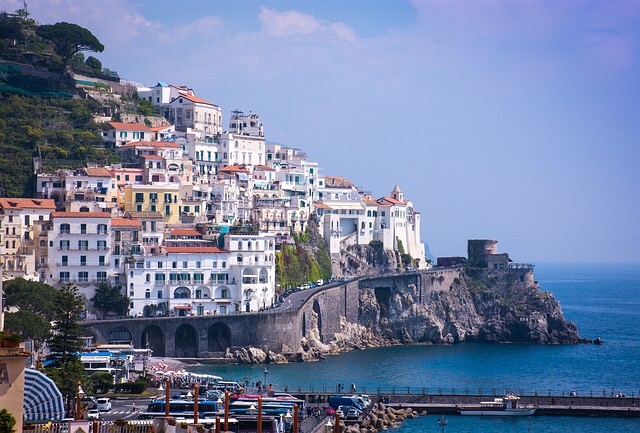 Tibet, with an average elevation of 16,000 feet, really has no other option besides cliff dwellings. No wonder the nation is known for its spirituality! 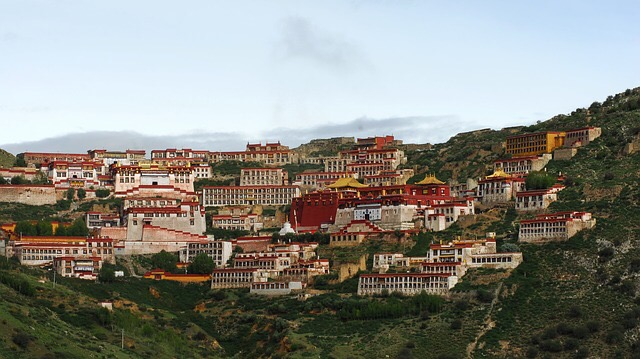