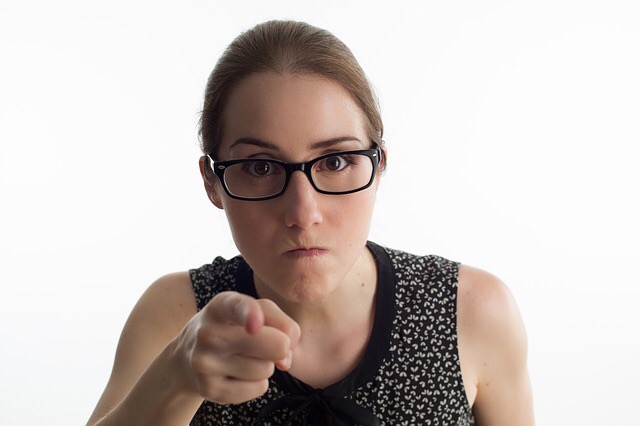 Every human has a bit of a dark side, though women and men manifest it in somewhat different ways. Neurological and hormonal differences between the sexes are pronounced enough that there are distinct unpleasant behaviors in both.

If men feel like women are being mean to them sometimes, they’re not wrong, and a lot of that has to do with how we perceive the world. Here are seven of the ways women are uniquely mean to men that I’ve observed…and maybe even perpetrated (unintentionally, of course).

7. Expecting men to communicate just like women. Sure, a guy who leaves your last text hanging for a couple of days is probably an inattentive jerk. But if you want him to go back and forth with you all day like your girls, you’re being unfair.

Men’s brains are physically different from women’s. Our communication areas are stronger and larger than men’s, and we have closer connections between certain regions. When we have ideas, we tend to want to communicate them immediately, where men let them roll around in there for a bit.

Neither way is right or wrong, but don’t assume that a man who doesn’t text you back immediately is ignoring you. I’ve seen women get angry with a guy for not texting them back while he’s at work, trying to complete tasks. This is really uncool.

6. Expecting men to read her mind. If you are mad at him because he should have known something, you are mad for no reason. I don’t mean for things you’ve already talked about a hundred times that he’s failed to do (like take out the trash), but for not guessing what’s bothering you.

I cannot emphasize this enough; men do not think like us. If you are in tears and he asks what’s wrong, don’t become immediately incensed because he didn’t realize the commercial for Charmin triggered memories of when your cousin was mauled by a bear. Before you yell at him, “How could you not know?” ask yourself how anyone could possibly know that.

5. Behave like a precious princess. You have every right to be treated with respect. Nobody has the right to be treated like royalty (except actual royalty, and even that’s questionable). I have met women who broke up with perfectly nice men because they failed to intuit some sort of royal decree, like “My car door must always be opened for me, even if he he’s holding my baby and my dog at the same time.”

I met a gal who broke up with a great guy because he didn’t feed her food at a restaurant. She actually expected him to use her fork to pick up items of food off her own plate and feed it to her. She couldn’t believe he didn’t just know to do this (see Number 6 again).

4. Blaming the man she’s with now for the mistakes of the men of the past.
This is a tough one, because a lot of us have an abuse history from the family we grew up in, an ex, or both. But before you decide that the wonderful man you’ve been dating is now a cheater because he friended some woman on Facebook (that’s his aunt), chill out a second.

I know it’s hard when the only example of manhood you had growing up is someone who is violent, exploitative, or unfaithful. Any of those alone is enough to make a woman view all men through a painful lense that’s meant to protect us from further harm.

But it can also wall us up from good men and make us see things in him that aren’t there. When in doubt, talk to somebody sane and wise about what you think is happening before reacting.

3. Exemplifying a double standard. You get to hang out with your girlfriends for hours, but if he’s with his guy friends, you are texting constantly and checking Facebook and Instagram repeatedly to see what he’s up to.

Your argument might be that when women hang out, we’re just talking or eating, but when men hang out, there’s always shenanigans. Look at pictures of any hen night to see that’s true of BOTH sexes.

Men are sad more often than we know because they either stay quiet during such times, or express it as anger. This does not mean we should incessantly prod them to talk about it, because they don’t communicate the same way (see 7). We can say to them, “If you want to talk about it, let me know,” and then just be available to hear whatever snippets he shares. He does the same thing for us when we rattle off a string of complaints (even though he may be staring at the TV).

We also have to realize that “You never” and “You always” statements bother men a good deal more than they even annoy us. Men are so thrilled when they do remember one of our 70,000 rules for keeping us happy that using all or nothing statements really hits them in the feels.

When arguing, try to remember that (it’s hard). Instead of “You never listen to me!” try, “Remember when you sat with me after that phone call with my mother and held me? That was amazing. That’s what I need right now, not this fight.” While you are crying, this may seem like a lot of work, but telling him “You never” makes him feel like nothing he does to try to relate to you counts, and makes him feel inadequate.

More often than not, he leaves his dirty clothes on the floor rather than walking the ten or twelve steps it takes to reach the hamper. Day in and day out, we pick them up for him and resentfully place them in the basket, like is two years old and can’t be asked. Then we either eventually explode, which shocks him, or worse, we extrapolate the clothing data to everything else, treating him like he’s two everywhere.

Scolding him in public, telling him what he ought to be doing, complaining about him on social media like he’s a naughty dog — these are all ways of infantilizing and invalidating a person’s agency, and you would be livid if he did it to you. Adults speak TO each other. Can you imagine if he said at a party or posted online, “She was crying over a dog food commercial like a little baby”? That’s how he feels when you say, “Who puts dirty dishes on the counter when there’s a dishwasher right there? Five year olds. That’s who.”

The conversation should be happening at home, in private, at the moment of infraction. “HONEY. Dishes. Come on. We’re a team here.” And if he says the same thing to you about your stuff all over the bathroom counter, respond the way you’d want him to respond to the dish issue.

I mean, let’s be honest. Our stuff has been encroaching on his side for a good year now, right?