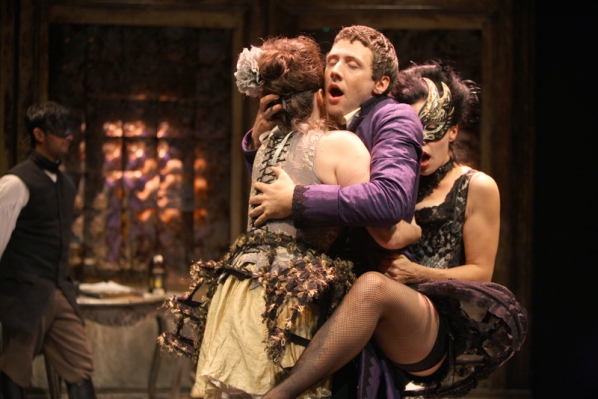 I would like to state right here and now that I am a red blooded American woman. I’ve seen it suggested before that I must be a man because I say things that perhaps some women take issue with and I have no doubt that this piece will be one of them. I am not a feminist, well at least not in the sense of feminism as it is today. I don’t hate men, I love them. I don’t want to be a man, I don’t want nor do I expect to be treated like a man. I appreciate and respect our differences. I am also the mother of three sons. It is in that vein that I write my defense of dating multiple women at once.

I have a real problem with our “relationship” society. Everybody wants a relationship and they want it too soon and they feel like a failure if they aren’t in one. They also feel like a failure if they end a relationship and that causes too many people to be in or stay in relationships that simply do not work. There is no shame in recognizing that you aren’t happy or that the person you are with is not the person you thought they were. I’ve learned over the course of my lifetime by trial and error, and by watching others, that it takes about 6 to 12 months for you to really know who it is that you are dating. We all put on our best behavior at the start of something new like a nice set of top hat and tails, but no person can wear their top hat and tails all day, every single day forever. Over time, we start slipping in the crappy parts of our personalities until the person we are with has the full picture. That’s quite an investment of time, and if you spend that much time with one person (who could turn out to be a psycho), a better-quality person could be passing you by. This is why I think that men should not get bogged down in relationships until they have dated many, many women for a minimum of five years. And when I say many, many women I mean many and I mean at the same time. No relationships, no monogamy until after you’ve gotten to know both yourself and women.

You won’t be any good in a relationshipand quite honestly, you won’t be able to truly appreciate a good woman and a good relationship until after you’ve experienced many different types of women. I’m not suggesting that you forego sex either. On the contrary, you should have a lot of consensual, safe and erotic sex as you can. A good woman will appreciate a man who knows how to please her and you won’t be able to so if you remain chaste. I think the only way a man is going to understand women is through experience, both good and bad. Men should not only date multiple women at the same time, but he should choose different types of women he finds attractive. I like meatloaf, but I love pasta…I wouldn’t know that I loved pasta if I only ate meatloaf every day of the week from the time that I was in school. Expand your sexual and emotional palate and doing so will help you find what you love rather than settling for what you simply like.

In the old days, we called it sowing your wild oats. While many frowned on this behavior, I think that it helps men feel comfortable in a monogamous relationship once they have matured, if they went a little wild in their youth and dated a lot of women. There is nothing wrong with dating many women at the same time, and if you tell whomever you’re dating up front that you aren’t looking for a commitment right now – that’s fair enough. You don’t need to expand on that until you are ready for something more. Yes, that means you do not have to tell them you are dating other women at the same time unless you want to tell them. Though if they ask, I wouldn’t suggest you lie because that’s a character flaw that will bite you on the ass every time. If they ask, be honest. If they don’t like it, move on.

At some point you will be ready to settle down, but if you settle down too soon, the desire to rut around and try other women could very will destroy a great relationship and ruin a family, if you choose to act on it.