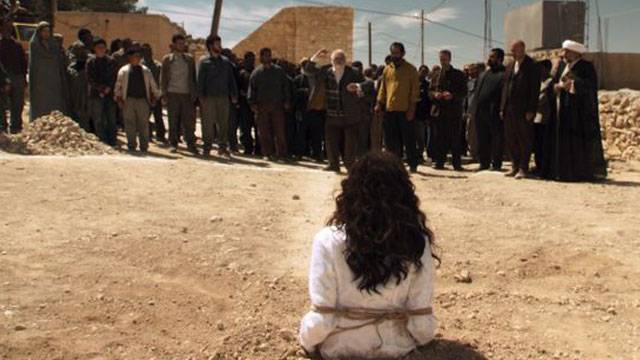 The beauty of a civilization’s culture is in the eye of the beholder. If you enjoy a certain culture then of course it’s natural to find it beautiful and appealing. Cultures have come and gone across the eons and most of them are recognized and even glorified in art, story books and historical tales. What isn’t always touted is the dark side of many cultures some of which still exist today.

One would think that today in the infancy of the 21st century human beings have evolved enough to recognize that certain cultural practices are not only unacceptable but in some cases just plain evil. The idea of right and wrong vary so much that in some cultures murder is an acceptable form of honor. Many cultures today punish victims and reward perpetrators. There are still practiced cultures among us who openly own both labor slaves and sex slaves. For these cultures it’s as if right and wrong don’t really exist.

As evolved people we must not only acknowledge the backwards, barbaric cultures but push them to reform in such a way that basic human dignity is a standard we can all agree upon. It is not a form of supremacy to recognize that some cultures refuse to evolve nor is it superiority to look down upon them. In fact, it’s nothing more than simple common sense to know that punishing a rape victim is wrong.

Before anyone cries, “it’s their right to live their culture” try to remember that cultures are not only large groups of populations but also tiny groups like mere families. What if everyone on your block lived similar lifestyles (culture) and then a new family moved in and you saw them beat their kids and/or animals? Would you then say, “Well, that’s their family culture” and ignore abused kids and pets? If you can’t ignore the backwards, violent and evil family culture going on down the street than how can you ignore it going on across the world? If you can cry and whine about the slavery that took place over 150 years ago in your own culture then why can’t you look down on those currently owning some 30 million slaves today?

To look down on another culture is natural if you know the difference between right and wrong. It’s normal to see wrong doing and point it out and think that you know better and live better than that. Just because a culture is practiced by millions or even billions does not make it right, normal or good. Cultures need to advance as humans learn a better way of living and treating others. If cultures refuse to progress then those cultures who have must of course look down on them and point out what is wrong and help them understand.