The only you should take seriously in the movies is their right of artistic license. This list contains common misnomers about reality…just remember that in telling a story…even a story based on real life people and events…the artistic license come into play for the sake of comedy, drama and making a story look good. So let us to these TV/Movie myths and explain the reality behind each of them. 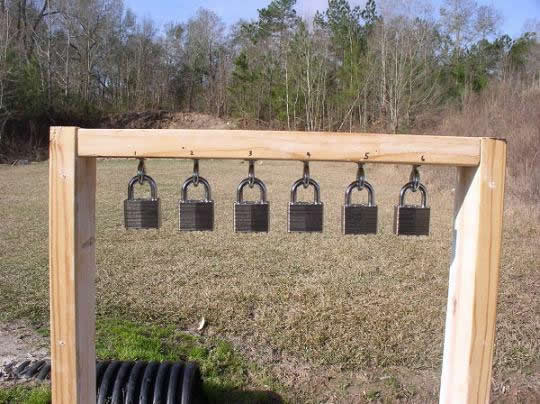 1. Shoot The Locks, they can be destroyed by bullets.
Reality: Shooting a lock at point blank range would likely hurt the shooter more so than damage the lock they are trying to crack. In order to break down a door, the police would use a high-powered shot gun…with the whole door itself as the target. Maybe a high-powered shot gun that really breaches the door could be a great effect for the TV and movies…but there is something about shooting bullets into a lock. Just for the F/X of it???? 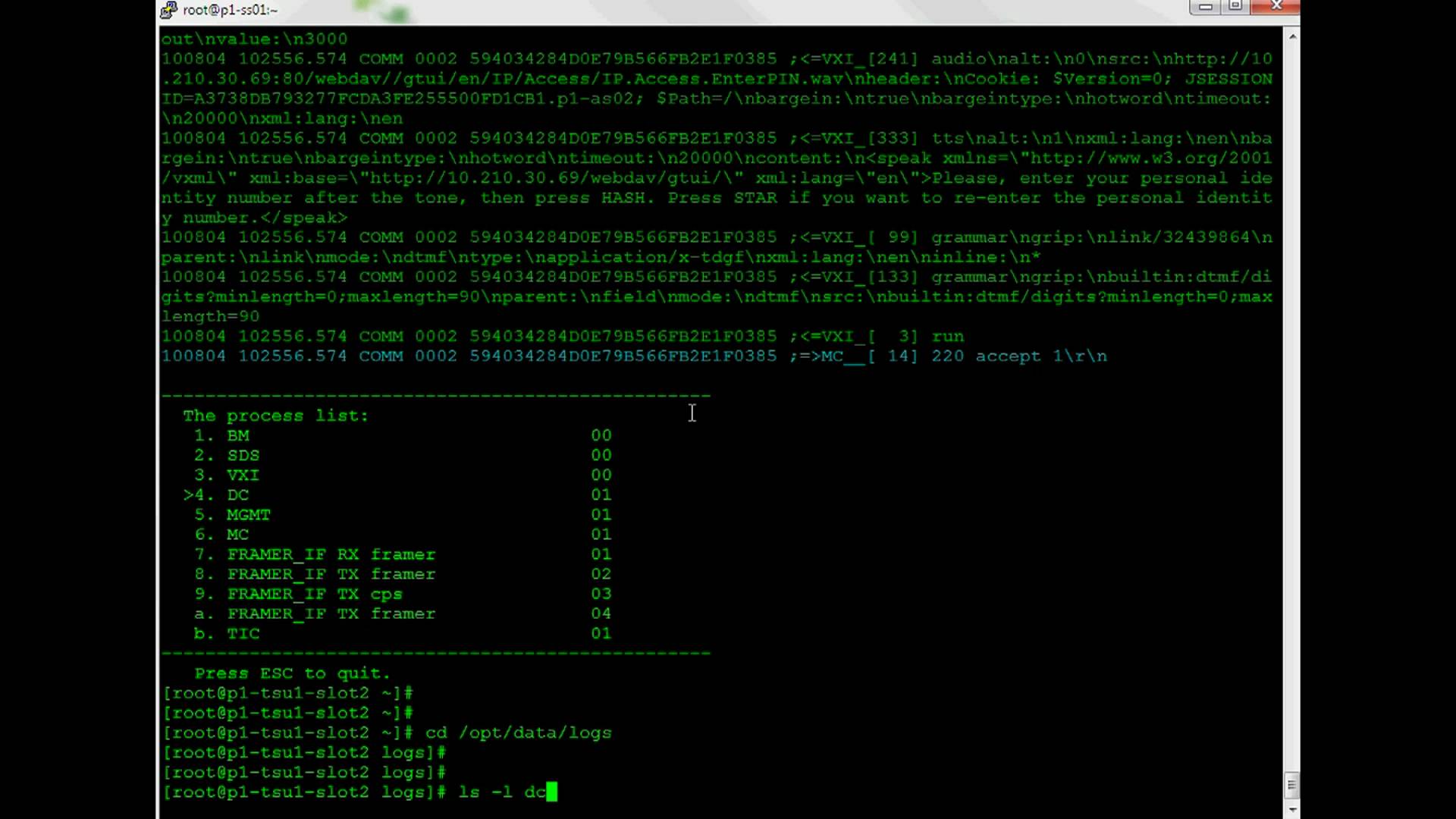 2. Tracing a Telephone Call takes a lot of time.
Reality: It was true prior to the perfection of technology but since the 1970’s the enforcers of the law can trace your call just like that…Thank You “Switching Mechanisms” done electronically rather than manually by telephone operators. The antagonist’s call can be traced in ONE second. Maybe that is why we are still burned out on 24 and why the recent attempt to revive the show did not work. Oh and if your truly a punk who murdered the children upstairs while the babysitter below knows nothing about the act you did…don’t call her up and ask if she “checked on them,” especially if your inside the house. You’re only going to have the walls of the law close in on you much quicker than any version of “When A Stranger Calls,” The 1993 sequel to the 79 version of the respected movie, or any other plot inspired by “The Babysitter and the Man Upstairs.” One important TV/Movie myth debunked here. 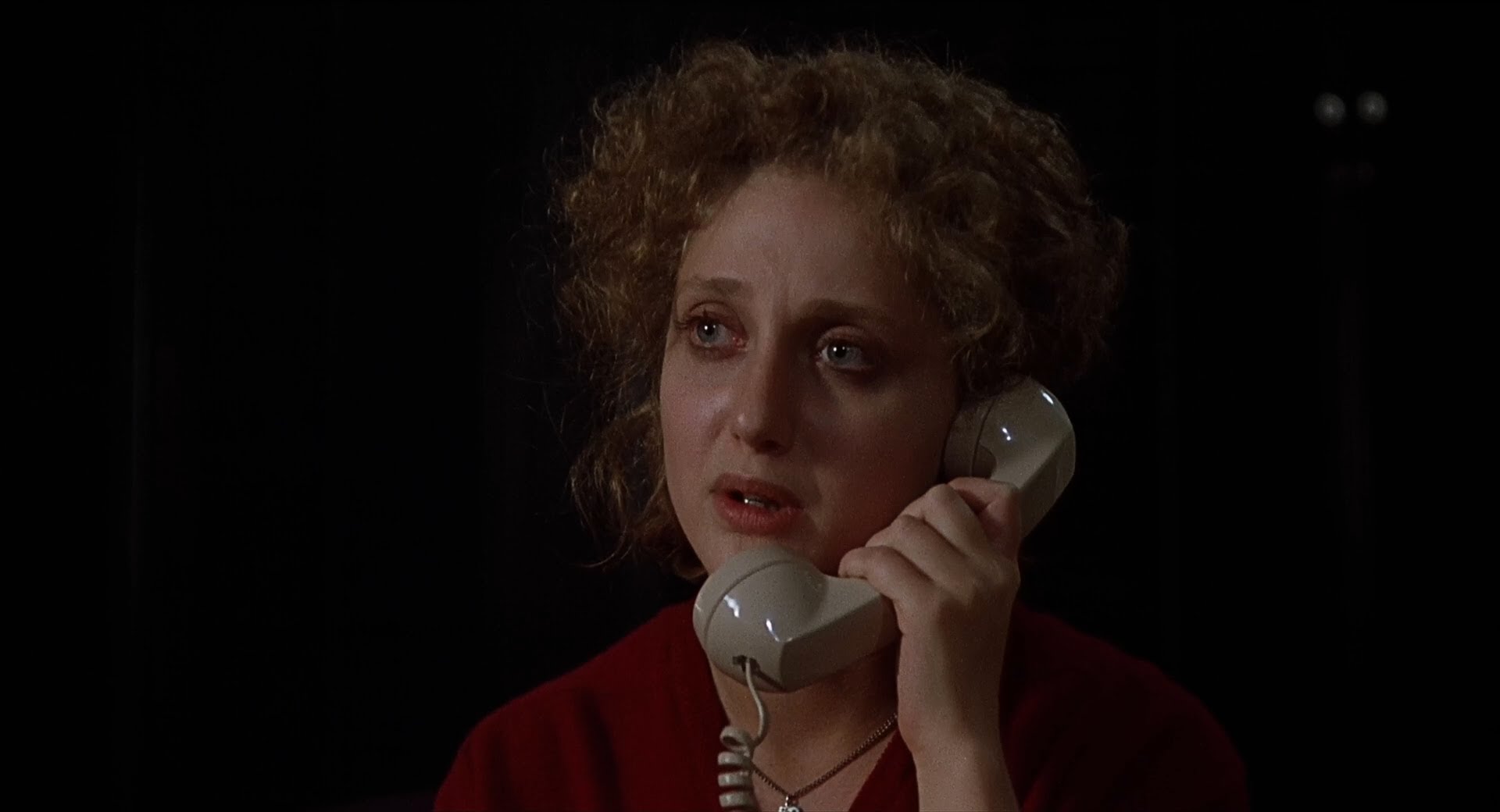 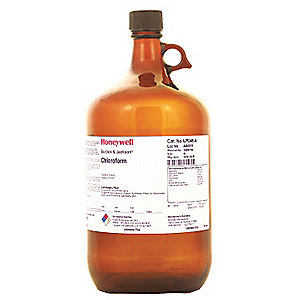 3. Chloroform knocks out your victim Just like that.
Reality: It does not knock out the victim just like that. It takes five minutes to knock a person using Choloroform. Afterwards unless the person’s head is propped up you must continue to feed the victim chloroform in order to keep them under. Sorry but No Mas on this one. You need to find a better chemical to knock out your victim or learn to put up with kicking and screaming in the back of your trunkas they try to escape from your wicked clutches.

4. Cars Explode on Impact…Always.
Reality: They don’t explode in impact, but it’s a fun effect. Just like Wild E. Coyote surviving many mile long cliff falls in the Road Runner cartoons. If they did explode on impact like they did in the movies you would have the Government breathing down the automobile industry more so than they do now. Also, that respected industry goes out of their way to make sure that automobile owners and passengers are safe. Cars may catch fire, but they would flame out before they explode. The Thanksgiving Holiday film “Planes Trains, and Automobiles” at least recognizes that reality while using another comic effect other than; ‘Kapow’ their goes your car. 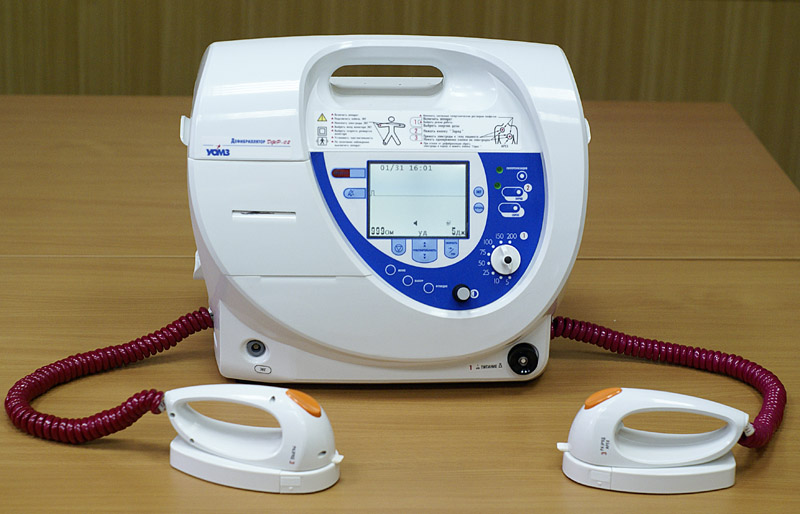 5. Defibrillators Bring People Back to Life
Reality: They are used on people who have gone into cardiac arrest and restart the human heart to a normal rhythm. However, when the heart stops that is it, and the defibrillator can’t start a heart up again. An episode of Star Trek: The Next Generation proves that once you’re dead…you’re dead. Not even the “Direct Reticular Stimulation” used on Lt. Tasha Yar (played by Denise Crosby) could start up her heart thus killing off the short-lived character. Even in the future once your heart stops,your mortal life has come to an end. 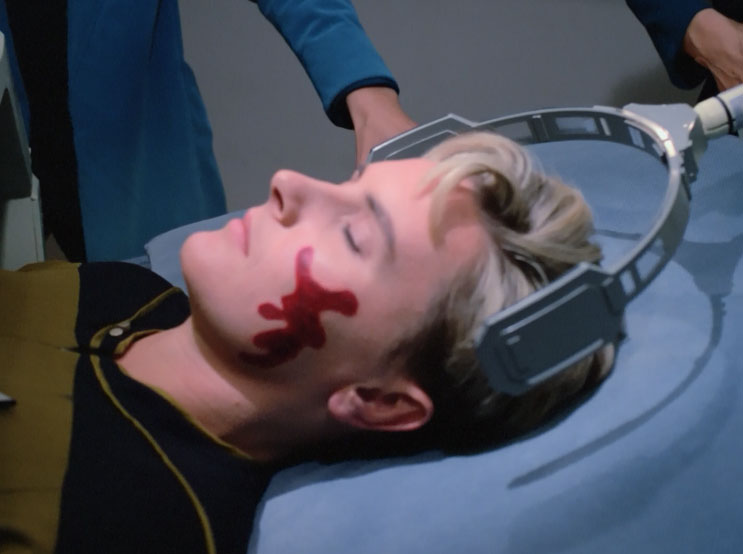 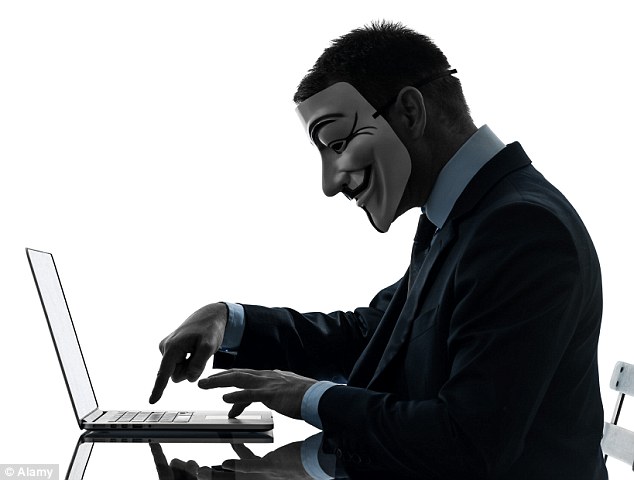 6. Hacking is Only Done By Criminals
Reality: There is legal hacking done as well, and its usually done as a career and/or job profession. What these legal hackers do is look for weak spots in the computer systems of the companies that they work for. Their no malicious intent with these people. Just making sure that their companiesmainframe functions like a well-oiled tank engine or whatever machine you want to compare it too. 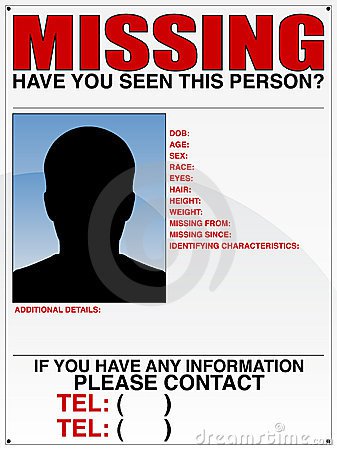 7. You have to wait 24 Hours to file a Missing Persons Report.
Reality: The Police want you to file a Missing Person’s Report right nowif it’s a child or it’s a member of your immediate family. The first 24-48 hours of a missing persons case are the most important hours of such as case. The longer it takes to filea missing person report, the chances of solving the case become very slim. 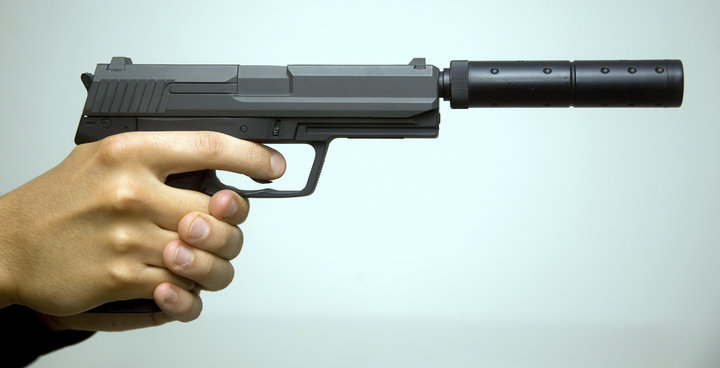 8. Silencers Make Guns Nearly Silent
Reality: Gun owners and Gun salespeople would actually call them “noise suppressors.” They are to the benefit to gun owner but it’s about protecting their own hearing rather than not drawing attention to themselves and/or covering up a kill…. regardless if you’re a killer or some secret agent with a license to kill. The gun makes a pop sound (instead of a quick bip sound) rather than a bang with a suppressor. The gun sound f/x’s are still exaggerated.

9. Forensic Science Solves Crimes…Hands Down
Reality: Forensic Science helps solves crime but it’s not a quick fix as seen on shows like the CSI’s, the NCIS’s, Law & Order’s and long before those shows popularized Forensic Science you had Quincy M.E. Police Departments do not have their own Forensic Departments or even have a specialized team that does that kind of work. Great for a 40-minute story (excluding commercials) unless you’re a UK Crime Drama on BBC One, or BBC Two in which justice is served in a single episode. Wash, Rise, Repeat; reality does not work that way. Plus, the crime scene contains lots of DNA and that DNA may not have anything to do with the crime itself. Forensics has a long way to go in replacing good old-fashioned police leg work. 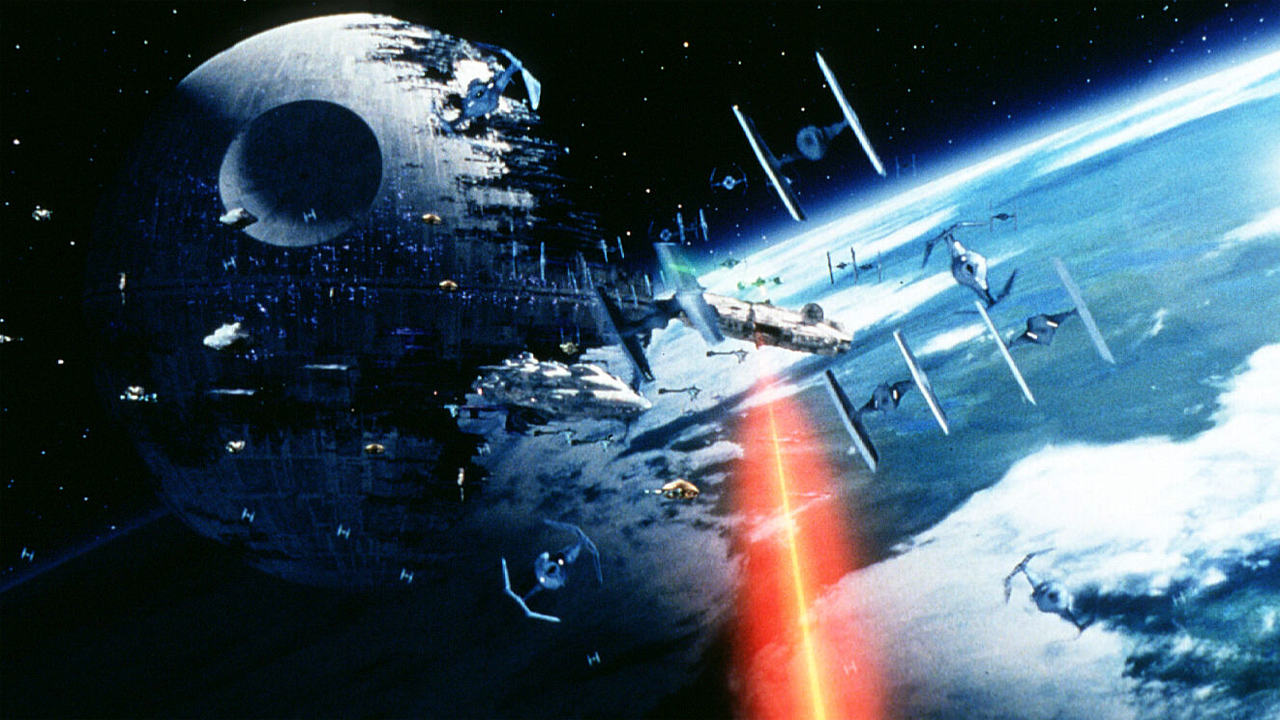 Honorable Mention: Laser Blasts Are Visible
Reality: Laser beams need something to reflect on in order to been seen. Granted if we did not see laser beams for themselves in the many Sci-Fi films and TV shows over the years…it just would not get us engaged with these stories. That is just one Science Fiction that shall stay Fiction. Visible Laser Blasts. The Science Fact is that is lasers need something to bounce back on.
http://screenrant.com/video/10-ridiculous-movie-myths-you-still-believe-are-true/