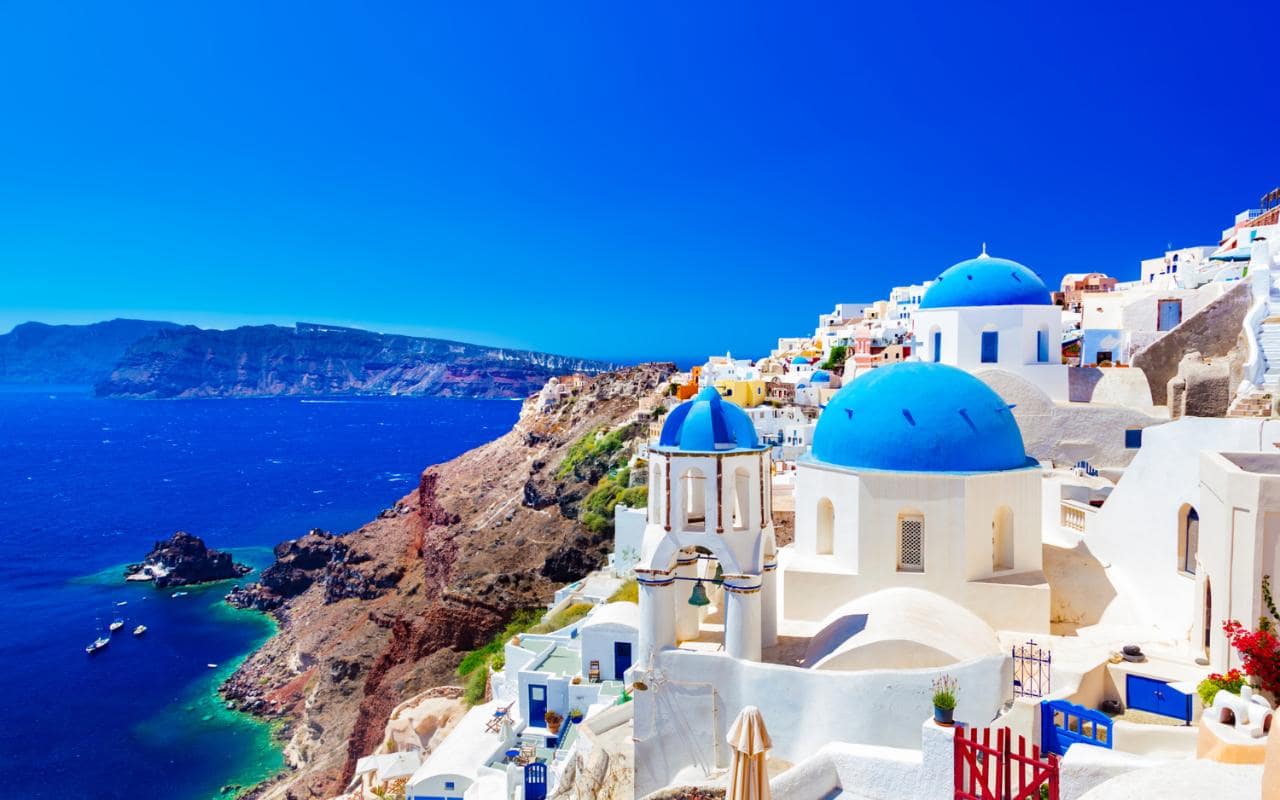 With so many fascinating places to visit, it can be a real challenge when it comes picking the perfect destination to vacation. Here is a list of the top 10 best vacation spots on earth: 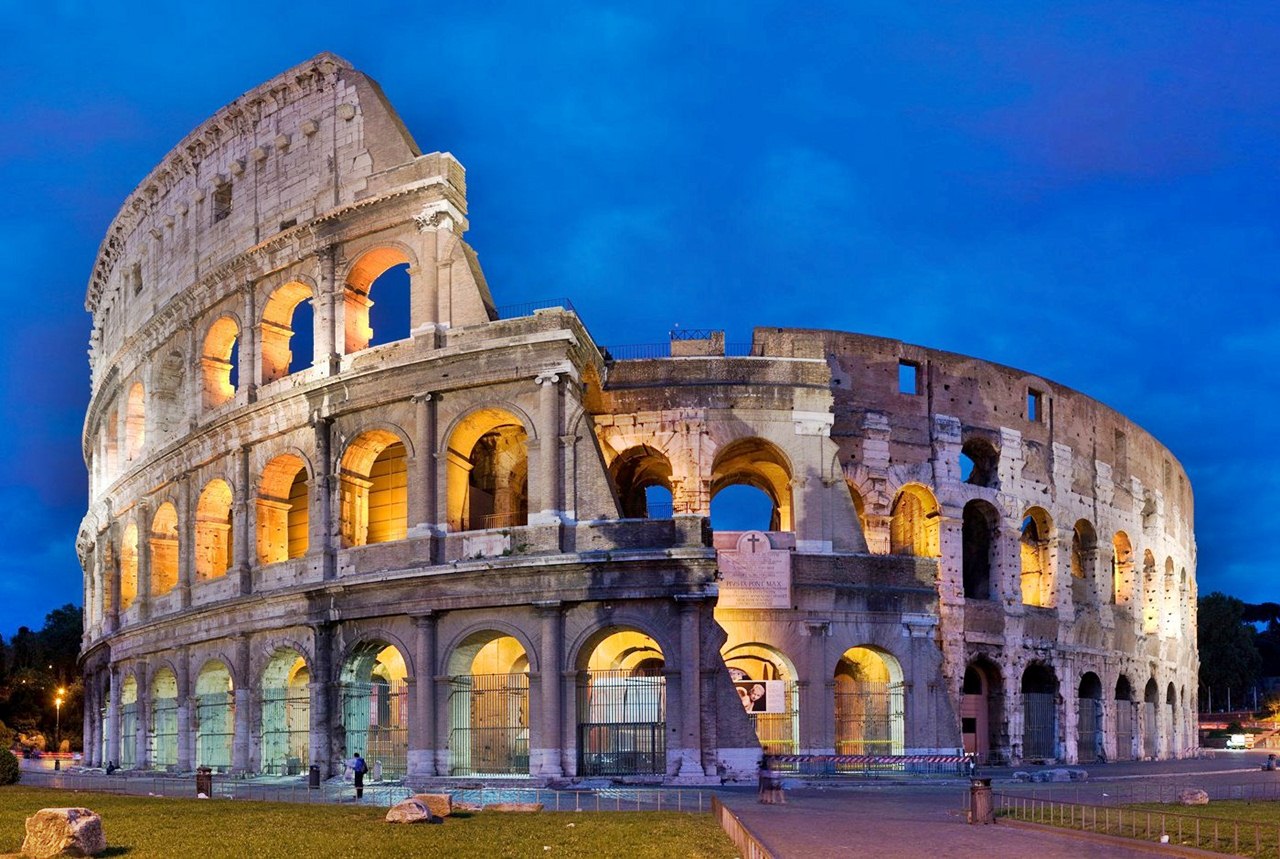 Rome, Italy’s capital city has nearly 3,000 years of influential art, architecture, and culture on full display. This cosmopolitan city of seven hills is also known for its history, which includes the era of Julius Caesar and the Great Roman Empire. Many ancient ruins still stand including, the Pantheon, the Roman Forum, the Colosseum, and numerous breathtaking churches. Art lovers will also enjoy the beautiful art displayed in the Vatican Museums. And, of course, there is the splendid Italian fare that every visitor is sure to relish. Most vacationers would agree that there is something incredibly enchanting about Rome.

Paris, France’s capital, is a global center for art, culture, fashion, and unforgettable ambiance. ‘The City of Lights,’ with its 19th century design, is joined by wide boulevards and the River Seine. The River Seine flows through the city and is brimming with fashion boutiques, café cuisine, world-class museums, historic churches, beautiful architecture, and glowing streetlamps. Home of the iconic Eiffel Tower and Gothic Notre Dame Cathedral, Paris is also peppered with cobble walks, quaint bridges, cinemas, markets, and chic Parisians. It is no wonder that this “City of Many Splendors” draws millions of visitors each year. 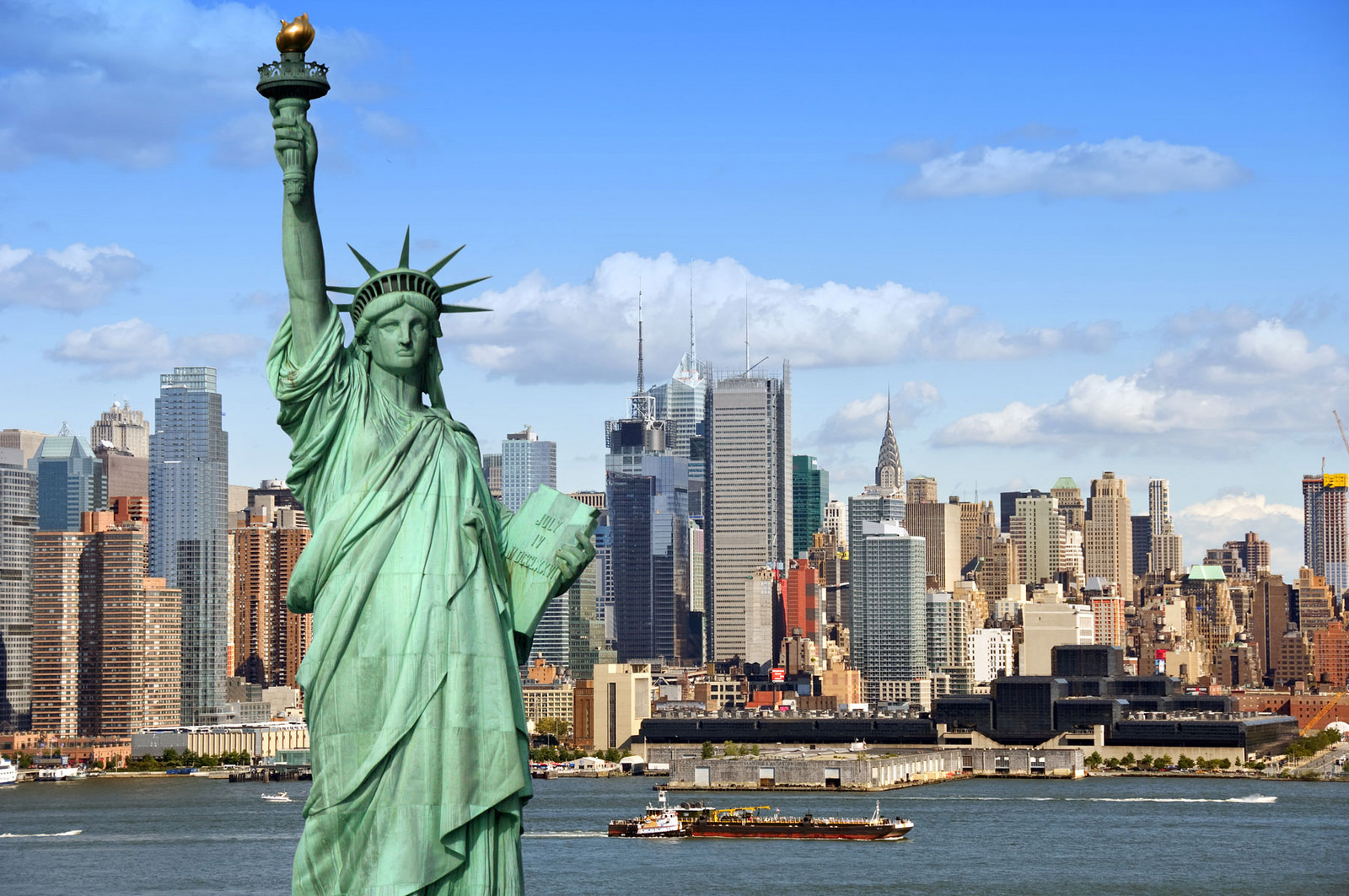 New York City is the cool, cosmopolitan, crowded, 5-borough city that sits where the Hudson River joins the Atlantic Ocean. As the most populated city in the United States, the Big Apple is one of the world’s major commercial, financial, cultural, and fashion centers. This constantly evolving metropolitan is a unique blend of city chic and small-town charm. Manhattan is the home of iconic sites, such as the Empire State Building, MoMa,Met,Central Park, Broadway, and Time Square’s flickering neon lights. While indulging in its grandeur, visitors get to experience the vibrant culture teaming with cutting-edge fashion, iconic bakeries, tasty cuisine, trendy coffee shops, cocktail bars, art galleries, fast-paced pedestrians, and roaring taxis. The City that Never Sleeps’ bustling blocks and twinkling lights are an invitation to cherish every New York minute of your urban adventure. 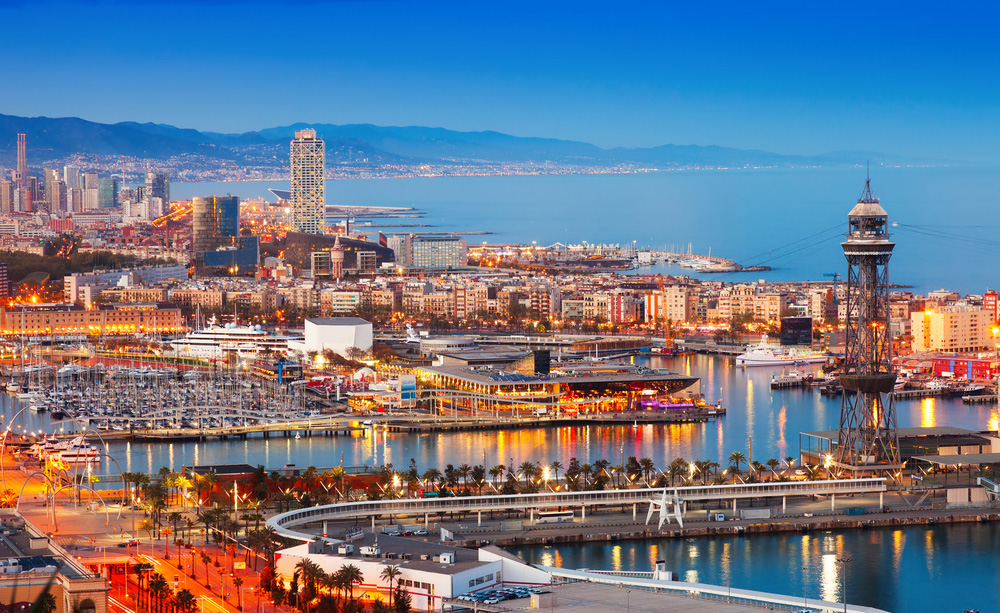 Barcelona, the cosmopolitan capital of Spain’s Catalonia region, is famous for its modern art, exquisite food, and captivating architecture. Antoni Gaudi’s legacy is sprinkled throughout the city in various landmarks and churches like Casa Batlló ,Casa MilàandLa SagradaFamilia. Barcelona is home to both beachside nightclubs and sacred churches, which attracts all different kinds of visitors. Much of the city’s activity centers aroundLas Ramblas,which is a network of streets and alleys that are packed with restaurants, nightclubs, and a dynamic market. Visitors need at least a week to explore this beautiful town. 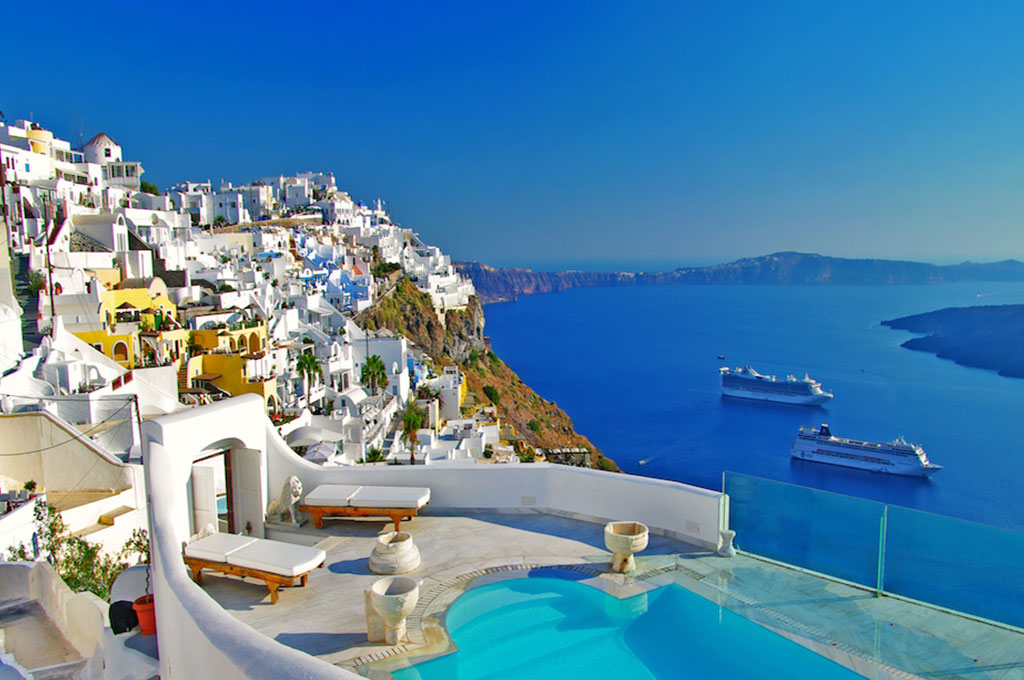 Santorini is one of the Cyclades islands of Greece located in the Aegean Sea. A massive volcanic eruption around 1650 B.C. forever shaped its rugged landscape. Some believe this was the original home of Atlantis, which disappeared long ago into the depths of the ocean. The island is now known for its beautiful beaches and whitewashed homes that cling to cliffs above an underwater caldera (crater).The buildings overlook the sea where the breathtaking view of the caldera includes a brilliant turquoise pool of water. Santorini’sextraordinary beaches are made up of black, red, and white lava pebbles, which leave a lasting impression. Most visitors spend their time in Thira, the home to Santorini’s major towns, including Fira and Oia. It takes a few days to drink in all the history and beauty that Santorini has to offer, but it’s certainly a vacation spot to put on the bucket list. 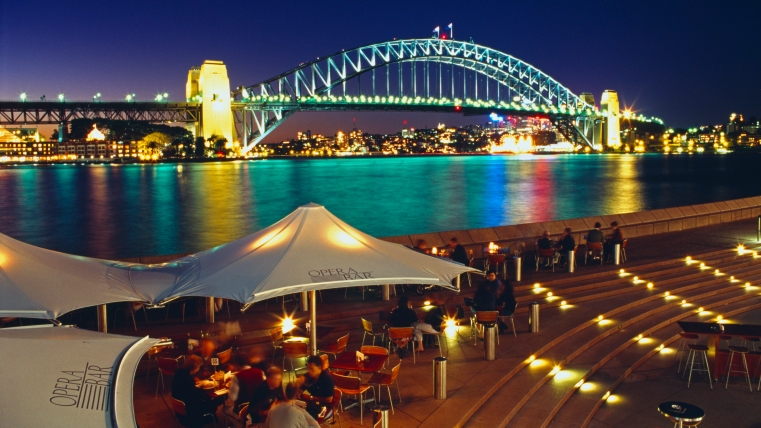 Sydney, the capital of New South Wales and one of Australia’s largest cities, is one of the most popular dream destinations in the world. With its iconic sail-like designed Opera House, beautiful harbor, and Circular Quay port, Sydney boasts of the most incredible waterside life. This laid-back beachside town is also a thriving cosmopolitan esteemed with Sydney Tower’s outdoor platform, the Skywalk, which offers full views of the city and its suburbs. In addition to its notorious beaches, this fashion-forward city features numerous trendy restaurants and bars. Sydney has an array of activities for visitors to enjoy, from exploring the The Rocks and Darling Harbour to unwinding at Coogee or Manly Beach or taking a peaceful walk through the Royal Botanic Gardens. There are also plenty of festivals and events to experience when visiting. It’s no wonder Sydney is in the top ten best vacation spots in the world. 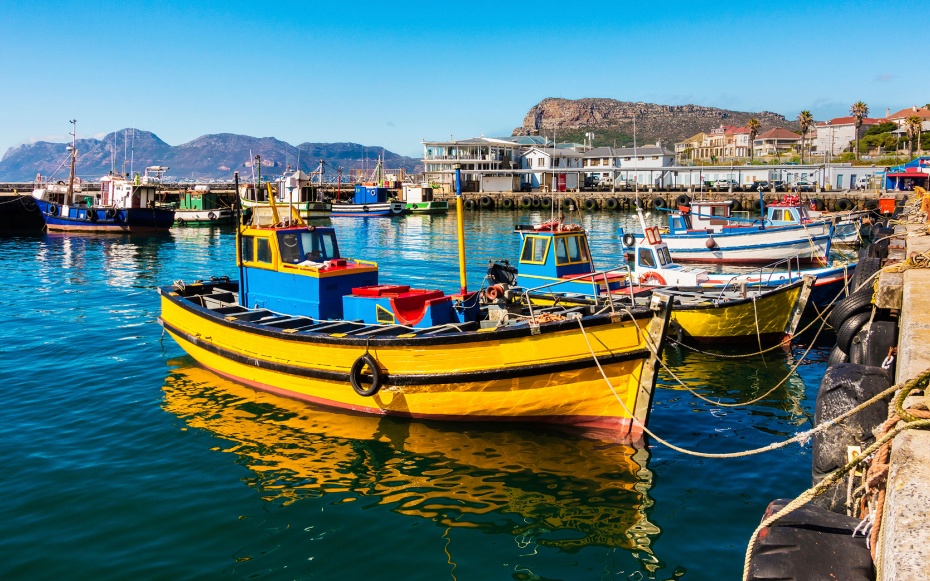 Cape Town is a stunningly beautiful port city on South Africa’s southwest coast. Its remarkable blend of city, sea, and mountains is instrumental to local residents and also offers many fun activities for visitors. Cape Town is located on a peninsula beneath the famous Table Mountain, where a visitor can take a slow rotating cable car climb to the mountain’s flattop, which displays phenomenal views of the city and its bustling harbor. This iconic city is also home to the notorious prison that once held Nelson Mandela, which is now a living museum. Places to visit while vacationing in Cape Town include: Victoria and Alfred Waterfront, Cape of Good Hope, Boulder’s Beach, Lion’s Head, Robben Island and Constantia.

London, the capital and the most populous city of England and the UK, is also the world’s most visited city. While it is a 21st-century metropolitan, its history stretches way back to the Roman Empire. London life is incredibly invigorating as this two-millennia-old city has so much to offer its visitors. In its center stand the Houses of Parliament, the iconic “Big Ben” clock tower, and Westminster Abbey. A visitor will want to visit the historic Tower of London and the Tate Modern, which are both major attractions.London is also home to numerous museums, galleries, libraries, sporting events, and other cultural institutions, including the British Museum, National Gallery, Natural History Museum,British Library, and West End theatres.Locals still love ‘all things royal,’ but they also enjoy the contemporary. That’s why London is a leading global city, making it a hub of the arts, commerce, education, entertainment, fashion, finance, media, music, politics, and pubs.

Dubai is a city in the United Arab Emirates that emerged out of the desert almost overnight and is known for its ultramodern architecture, 830m-tall BurhKhalifa, lively nightlife, enticing international cuisine, luxurious shopping, cream-colored Persian Gulf shoreline, sky-scraper-filled skyline, and larger-than-life attractions. Likened to Las Vegas, people travel to Dubai for its shimmering lights, desert backdrop, and to play hard. The city is still growing as more plans are on the way to build something bigger and better. In fact, it’s estimated that a quarter of the world’s construction cranes can be found in Dubai. This city is also home to the largest shopping mall and the world’s largest man-made marina. However, it’s also known for its traditional wooden abras, which float past motorboats on Dubai Creek, the beautiful sands of Jumeirah Beach, and the invigorating Gold and Spice Souks (marketplaces).
Dubai is a beautiful blend of past and future making it one of the most dynamic places to visit on earth. 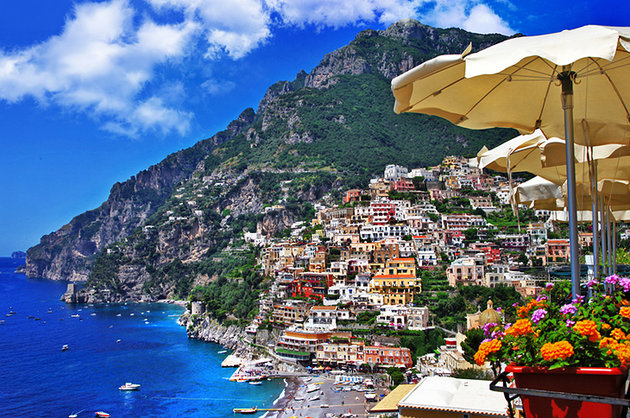 The Amalfi Coast is a 50-kilometer stretch of coastline along the southern edge of Italy’s Sorrentine Peninsula, and is considered to be one of the most scenic drives in the world. Its breathtaking Italian coastline is a perfect vacation destination with its sheer cliffs, vibrant vegetation, rugged shoreline, small beaches, terraced vineyards, lemon groves, and colorful fishing villages. The coastal drive includes its 13 multicolored seaside towns that connect to SS163 highway. Each town has its own unique attributes and topography, creating a breathtaking and complimentary blend to the turquoise Mediterranean waters. The Amalfi Coast is bound to stop any visitor in their tracks with its astounding view.