Anime Movies are not for everyone. However, for those that give them a chance and like to delve into other worlds, with cool superpowers, fighting skills, loves stories with a great storyline and even better hair days….they are pretty enjoyable. For some even addicting, which is not so good… but just goes to show there is something about anime movies that draws on the imagination of dreamers.

They can be whimsical, dark, bright, and downright badass…it all depends on what your preference is. Here are 7 of the very best anime movies of all-time…

There are many others, but we only had 7 spots to fill on this one… so bare with us. If you don’t see your favorite one on the list please be sure to share them with us in the comment section!

1. Spirited Away
An absolute FAVORITE of many, and for many others their FIRST look into the world of anime movies. A 10-year old girl having to face the stresses that come with moving into a new neighborhood is exploring her new area and accidentally finds a path into the spirit world. That’s when things start to get very bizarre for her…and the adventure begins! 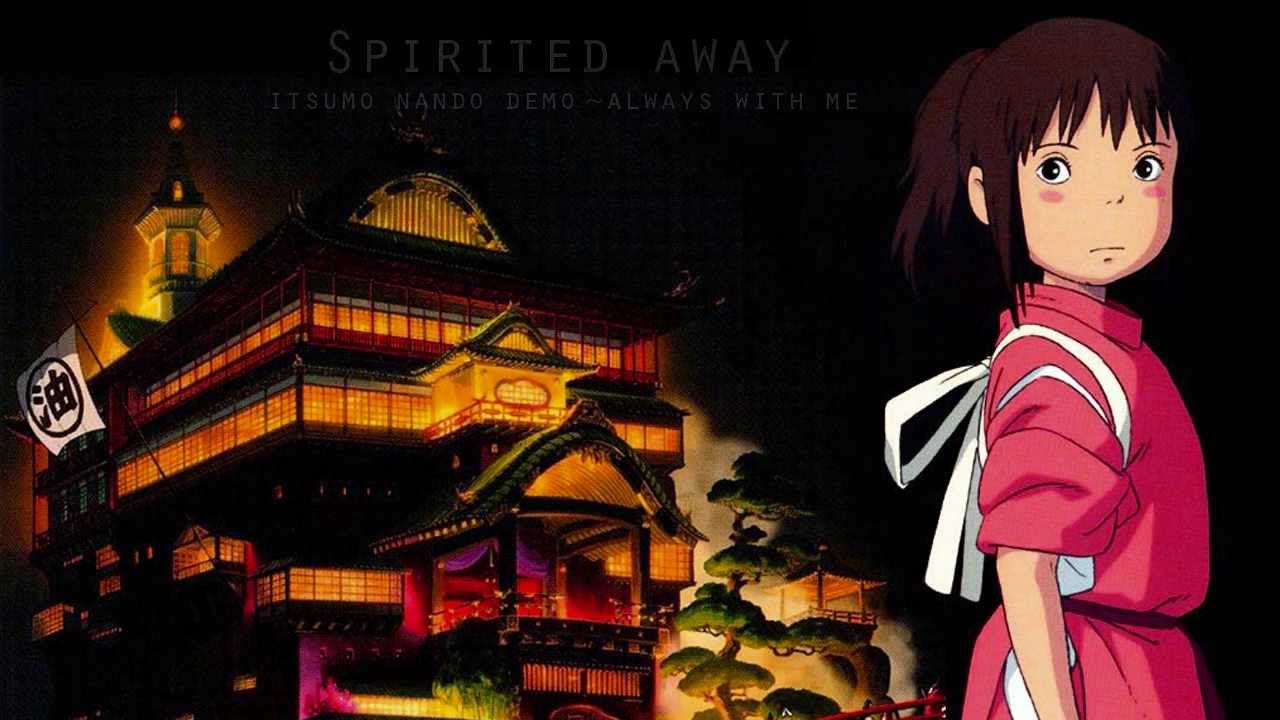 2. Ghost in the Shell
This one follows the life of cyborg Major Motoko Kusanagi, who is a federal agent. She is assigned to hunt down “The Puppet Master” whose crime is illegally hacking into computerized minds of cyborg-human hybrids like herself. Her chase leads her to pondering and then questioning the makeup of her own life and what it would like to have more human traits. She finally has “The Puppet Master” right where she wants him…but her path of curiosity takes her down an unforeseen direction and everything changes.

3. Wolf Children
The plot of this anime is of a college student named Hana. She falls in love with a werewolf while there and with him has two half-wolf children. Their first is a daughter they name Yuki, and then just a year younger is their son Ame. Sadly, soon after Ame’s birth their father and the love of Hana’s life is killed in an accident while he’s hunting food in the woodS for the children. This is when Hana’s entire life changes. She is not a single Mother with two children who have no control over their constant switching between human form and wolf form. Because of this Hana is forced to hide them from the eyes of the world. After a social worker comes to their house over some concerns that they have not had their vaccinations Hana takes the kids and runs to the countryside with them. There she repairs an old home and learns to live off the land to keep her children safe. Then years later, her son approaches her asking for a chance to go to school with regular children. This is when the adventures begin… 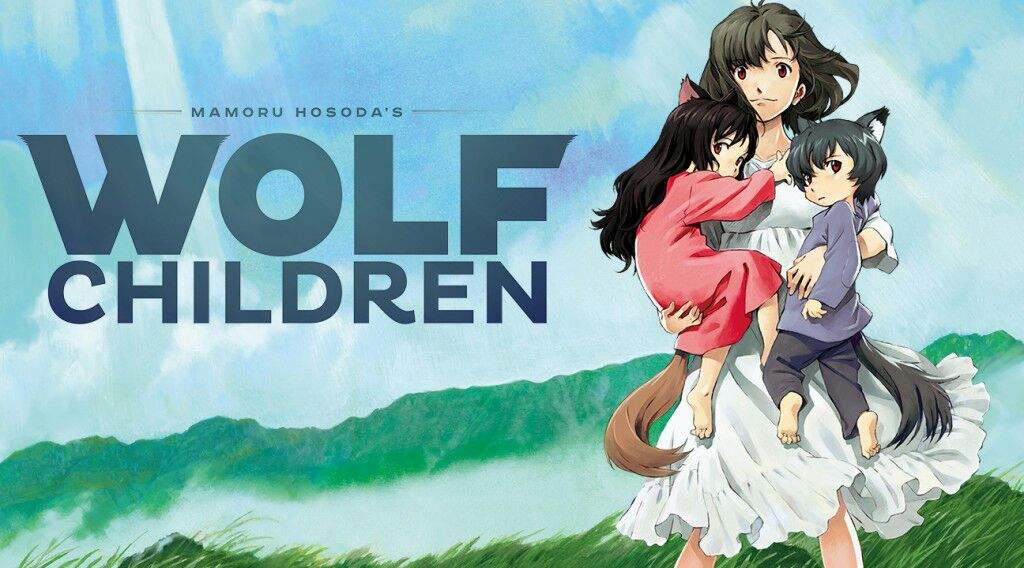 4. Princess Mononoke
The Emishi village is in danger as a demon heads towards it for an attack. The last Emish prince of the village whose name is Ashitakais able to kill it before it reaches the village. During the attack however, he is injured and by the demon’s corruption has his arm cursed during combat. This curse does give his arm absolute superhuman strength but it is this very power that will also eventually kill him. The villagers look into it and learn that the demon was a boar god names Nago who was corrupted and turned into a demon by an iron ball that was lodged in his body. The prince seeks advice from the village’s wise woman Ashitaka. She tells him he could find a cure in the western lands that Nago came from, but that he would never be able to return to his homeland. Watch to find out what he does next! 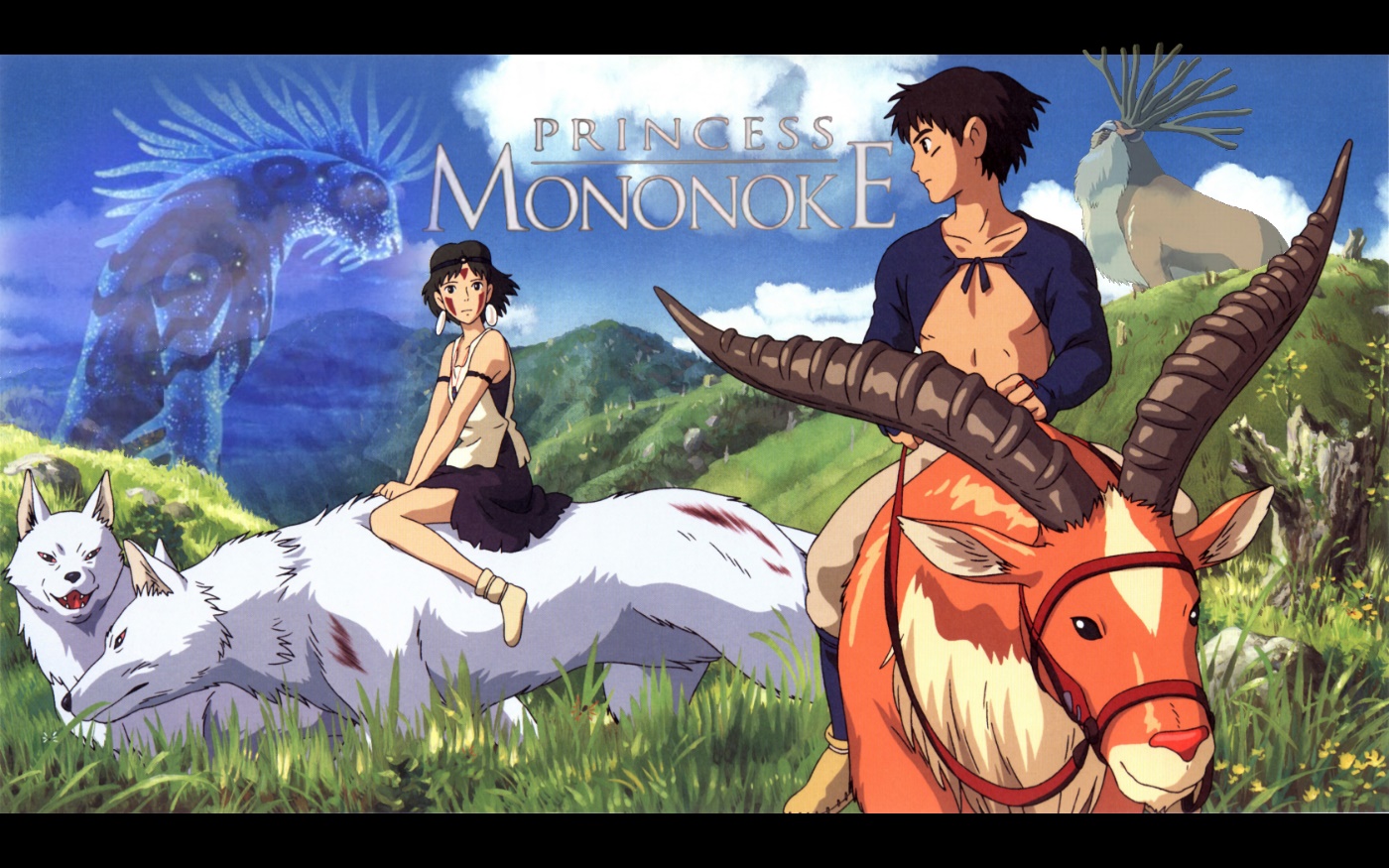 5. Grave Of The Fireflies (Not for the faint of heart)
This is one anime movie that will steal your heart. Shortly after WWII is when this story starts. A boy named Seita has died of starvation. The night of his death a janitor finds his body and starts to dig through his possessions finding only a candy tin worth nothing to him. So he throws it into a nearby field and as it hits the ground the spirit of the dead boy’s younger sister, Setsuko springs from the tin. In that moment both her spirit and the spirit of the dead boy, Seita,join together in a cloud of fireflies. This is when Seita begins to narrate their story of how they were orphaned during war and sadly how the indifference of their countrymen was far more harsh than that of the raiding enemy’s. Although the lives of this 14 year old boy and his 4 year old sister were heartbreaking, their love is what this story is about. It is truly inspiring. 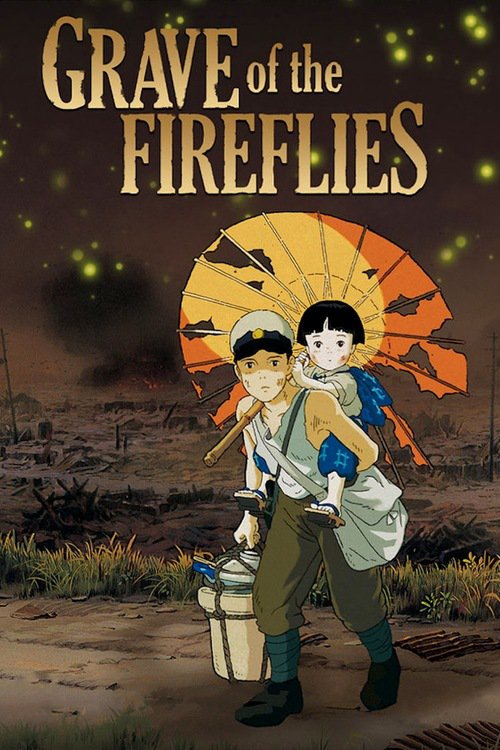 6. Howl’s Moving Castle
This anime movie is absolutely magical. It is from the same creator of ‘Spirited Away’ so if you liked the majestic feeling of that, you’re going to love this one. It is about a teenage girl named Sophie and how her life changes when she is quite literally swept off her feet by a wizard whose name is Howl. He is handsome, sexy, mysterious, and well…perfect. Her few moments with him turn into bliss but come to an end when she runs into a conniving Witch who turns her into a 90-year old woman. This is when the sweet girl embarks out into adventure and a little mayhem to find a cure for this curse. This is when she finds refuge in Howl’s Moving Castle…and quite possibly an adventure far more incredible than any of us could ever have imagined. 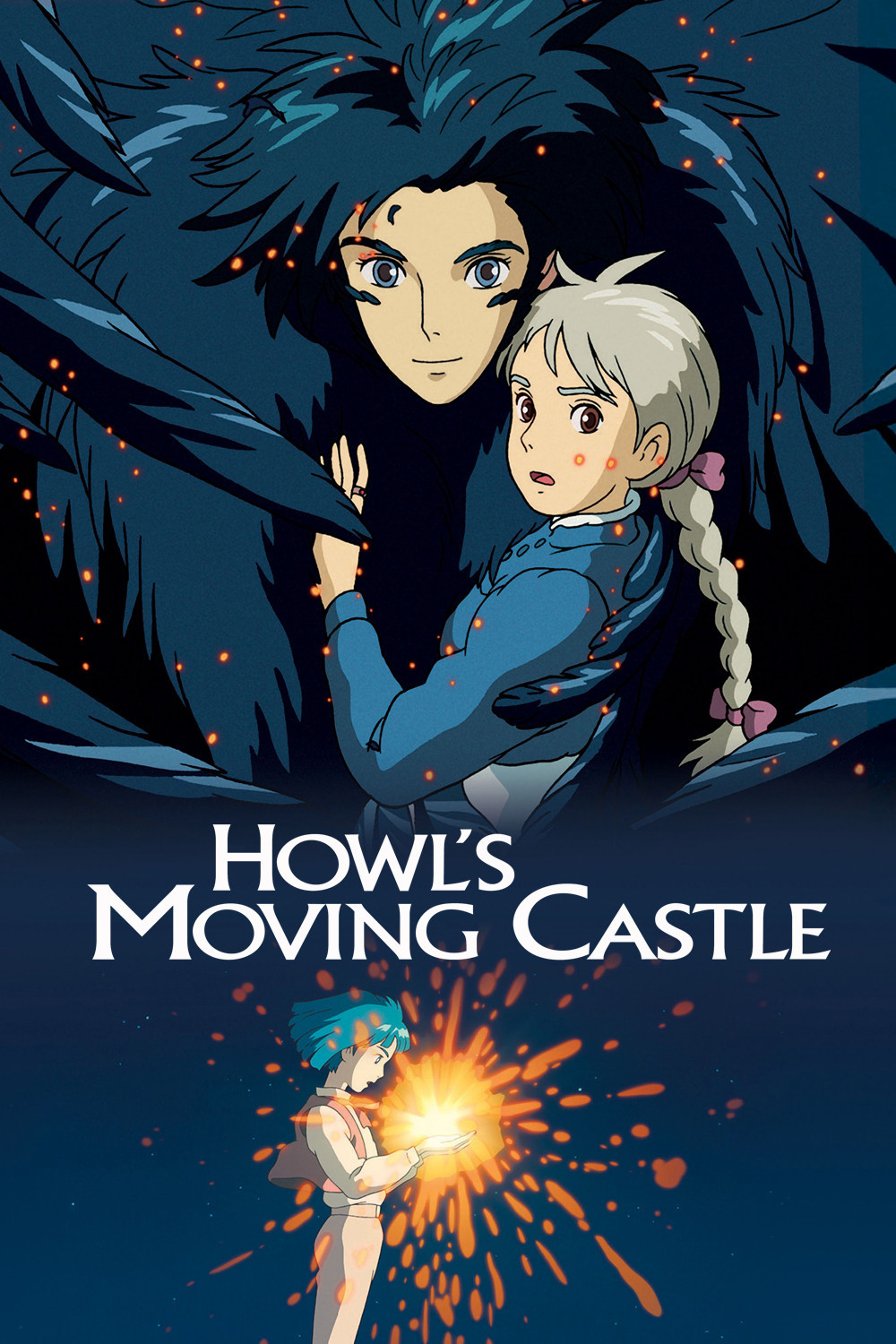 7. BLOOD: The Last Vampire
This one is in the list for all you horror fans. If you want an anime horror, this is the one. Although shorter than people would like it to be, it is still a very good anime movie, and has a sequel! It’s actually so good they picked it up for a live action movie, which is already out. But if you’re going to watch…watch the anime first! Saya is vampire tasked with hunting down her own kind and demons of any sort. She is put into a deep undercover mission in her school where possible one of the most powerful vampires is a student and she needs to hunt it down before it’s too late….what she doesn’t know is that there is a twist to this hunt. 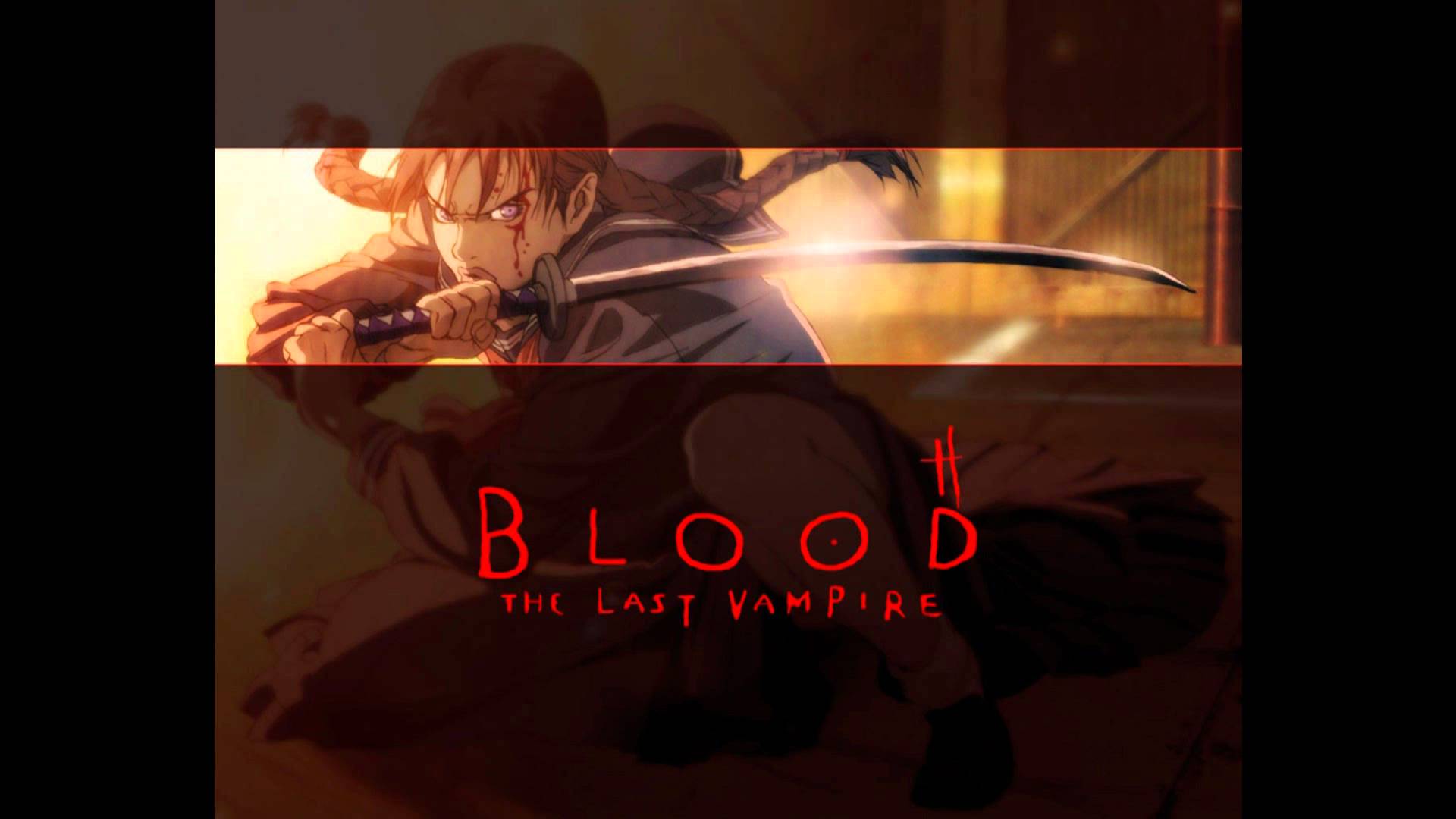 Just for an added extra… here is the live action.