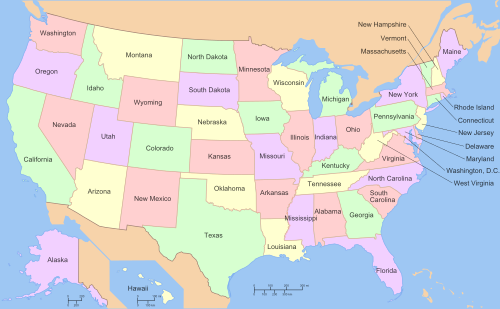 This would be a super easy list if I just loaded it full of politicians and moved on but that’s like picking the low hanging fruit, don’t you think? I heard a guy at Panera Bread once say, loudly while on the phone, “Go big or go home! Just do it man just go big or go home!” and I thought wow what douchebag, so in the spirit of that douchebag, I’m going to go big since I’m already home.

7. The United States Congress
You are all a bunch of douchebags. GOP or DNC or faux independents. None of you douches want to do your jobs, you know the jobs we elected you to do. There are plenty of things you can do together like fix healthcare, taxes, balance thebudget, etc. The Democrats won’t work with the Republicans and the Republicans won’t work with each other. You are all a bunch of overpaid douchebags and you suck.

6. BLM
Many people support your mission and agree that there are many issues that need addressing. But you’ve made police the targets of violence and many good officers have been injured and killed due to the tactics of your members/people claiming allegiance. You have turned a blind eye to violence and even in many cases argued that violence is necessary for change. With great power comes great responsibility, you need to step up your responsibility before more people die needlessly… douchebags. Oh and one last thing, when one of your most outspoken members, Talcum X or should I say Shaun King is faux black …you got douchebaggery written all over you.

5. All Live Matters people
Started by a bunch of people who do not understand what BLM is all about. Of course, all livesmatter, you f’ing twits – that’s not the point. The point is we have a group of people in this country who believe that we think they don’t matter and your douchebag movement proves their point. They want you to recognize that they are equal to you and want equal treatment. They don’t believe they are getting it and you are not helping.

4. Millennials
You bunch of safe space needing, participation trophy getting, college campus segregationist crybabies are huge douchebags. Yuge! You’re also snowflakes who try to call other people snowflakes, but you are too stupid to realize you don’t even know what the term means. Then you all cried when Hillary lost the election. You know that big boys and big girls don’t cry over stupid crap like that, don’t you, little snowflake? Grow up you little douchebags, the real world isn’t so nice to people like you.

3. Antifa
Supposedly against fascism but uses fascist techniques to try and control people like you know… fascists. You are the moral equivalent to the neo-Nazis and Texas sized douchebags. Go chew on a live wire!

2. KKK/neo-Nazis
You are everything evil in the world. You are ignorant of history and on the wrong side of it. Go F*ck yourselves…Alaska sized douchebags.

The # 1 Douchebag in America is The NFL and Colin Kaepernick
He took a knee during the anthem because he wanted to protest the police but he also said he wasn’t disrespecting the flag, except he said this: ““I am not going to stand up to show pride in a flag for a country that oppresses Black people and people of color. To me, this is bigger than football and it would be selfish on my part to look the other way. There are bodies in the street and people getting paid leave and getting away with murder.”
Then the NFL players started to join him. Then people started getting mad about disrespecting the flag because according to Kaepernick’s own words that was exactly what they were doing. Then the POTUS tweeted and others got crazy about it and turned it into the largest shit fight in America…You guys want people to listen to you then speak but pissing on your fans is not going to garner any sympathy. Douchebags.

So, all this hubbub has ruined the sport for more than half the country. Congratulations, NFL!