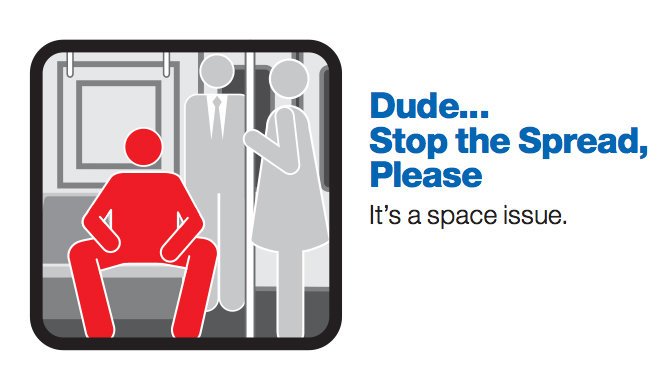 Somewhere along the line, far left feminists started to get even more insane than usual. Many of these people after all, make a living off of activism and thus have to create dragons to slay in order to make a living. That brings us to the issue of “manspreading.”

What is manspreading? It’s when an ignorant dude is taking up too much space on public transit, like in the picture above. This image has actually been used in the New York’s subway system. Apparently, spreading your legs out too far whilst sitting is some kind of sexist issue. That’s right, an individual can no longer be simply ignorant or selfish, they represent half the human race and are oppressing the other half!

Remember this the next time you see a lady with her legs and bags resting across three chairs. The plague of “femspreading” has gone on for far too long. 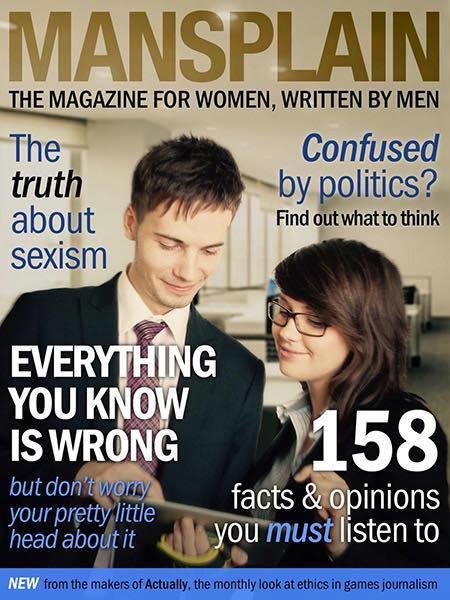 Similar to manspreading in that if you do something as a man you are Hitler, mansplaining is when a man explains something to a woman, particularly in a condescending tone. No, the guy can’t possibly be a rude person or just be having a bad day, he’s sexist for explaining something to a woman.

It’s important to note this can be attributed to any discussion, as long as a man is talking. Explaining how to do CPR to a young woman with dreams of becoming a paramedic? Stop being so misogynist! Some one else will tell her. 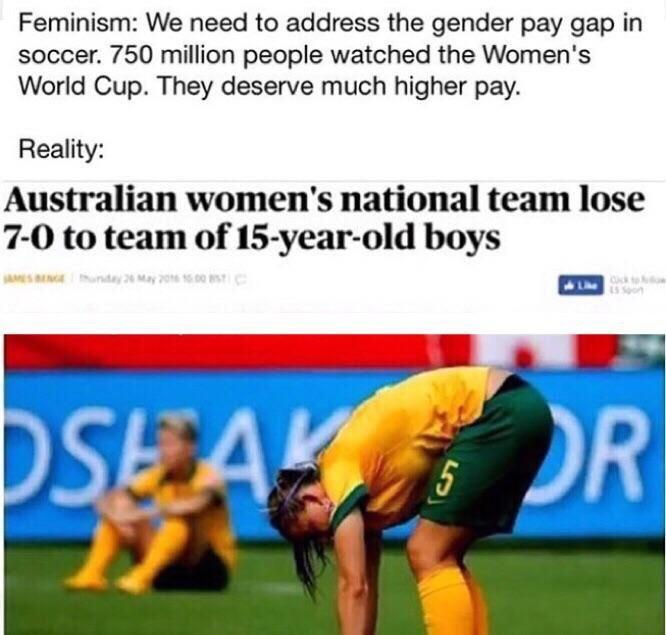 Could there be female athletes who are being short-changed by their employers? Sure. When it comes to women’s soccer however, this idea falls by the wayside over viewership. Female soccer players in America are getting paid less not because they’re being oppressed by the patriarchy, but because they bring in less money.

The last World Cup reached 3.2 BILLION viewers, with over 1 billion alone watching the finals. The women’s World Cup, as seen above, reached an enormous 750 million people. That said, that’s still nowhere near close. More viewers equal more sponsors, ads, cash and demand for the absolute best players. With such an enormous gap in audience size even at the highest levels of the sport, it’s easy to see why the ladies are making less. 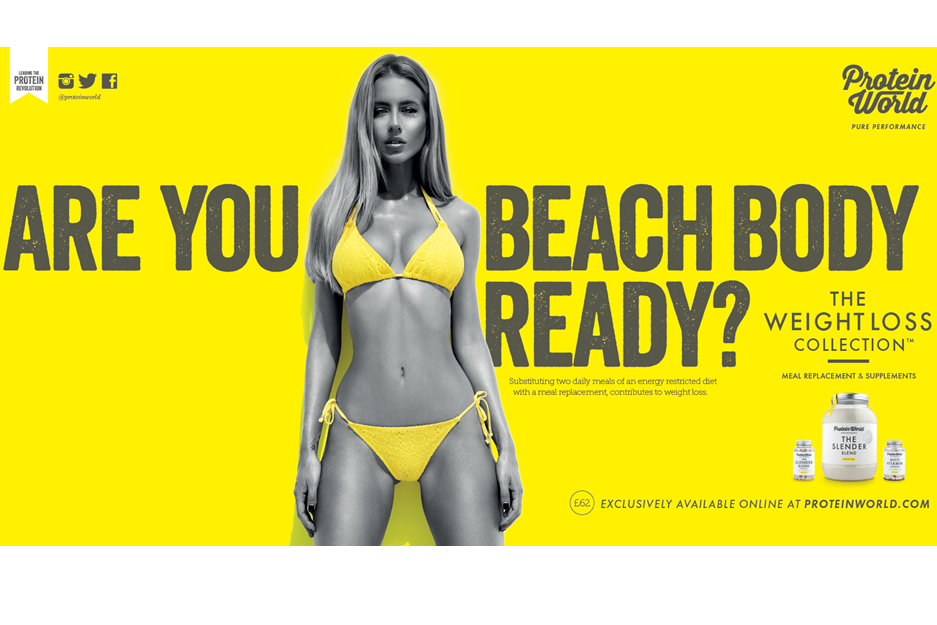 There are so many ads to choose from that cry sexism so let’s focus on a more recent one. Protein World ran this ad in the United Kingdom (and elsewhere) in 2015 to advertise their new weight loss supplement. Feminists, as is tradition, were offended by the sight of a bikini-clad woman, claiming it was sexist and that it spread harmful messages about body image to women and girls.

A petition to remove the ad was started on change.org and received over 70 thousand signatures and nearly 400 complaints were made to the Advertising Standards Agency. Never mind the fact that there was also an ad for men featuring a guy with a six-pack, this ad oppresses women! The ad itself is now banned in London’s subway system.

Of course, the phoney outrage helped Protein World. They gained over 5,000 new customers in four days of releasing the product. 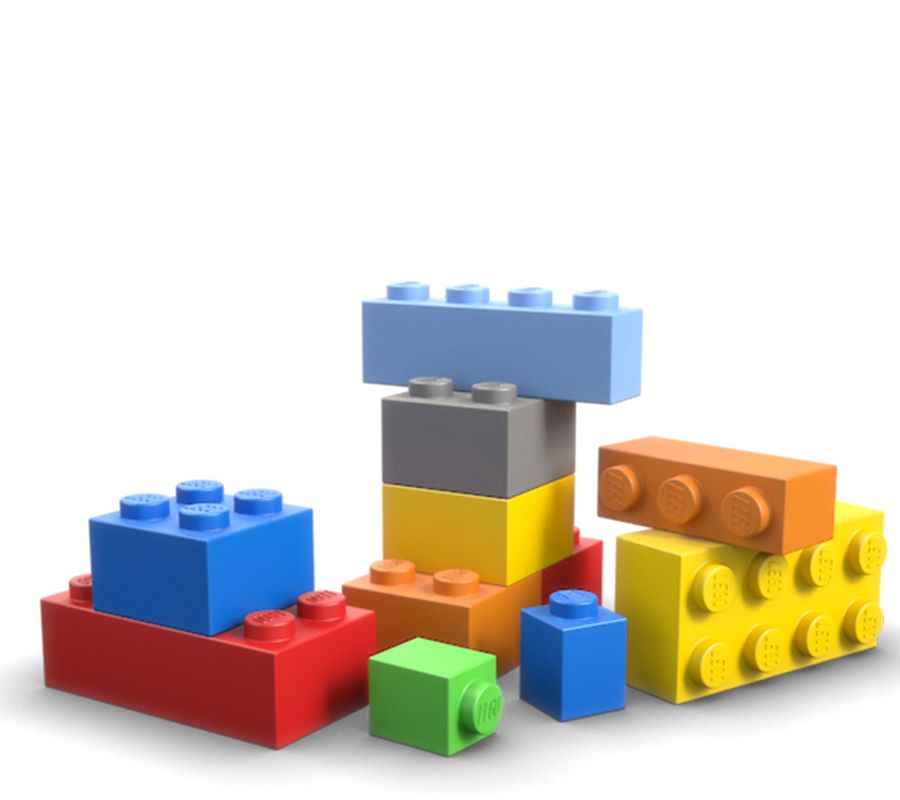 Plastic building blocks are sexist. Marketing different Lego sets to boys and girls because they tend of have different interests is going too far!

When Lego released its new “Lego Friends” sets, out came the cries of sexism. The sets themselves featured many pink and purple blocks, cute animals, as well as female lego characters doing domestic duties like baking. Forget that a girl can use the blocks to build whatever she likes. Girls that enjoy these sets are gender traitors. 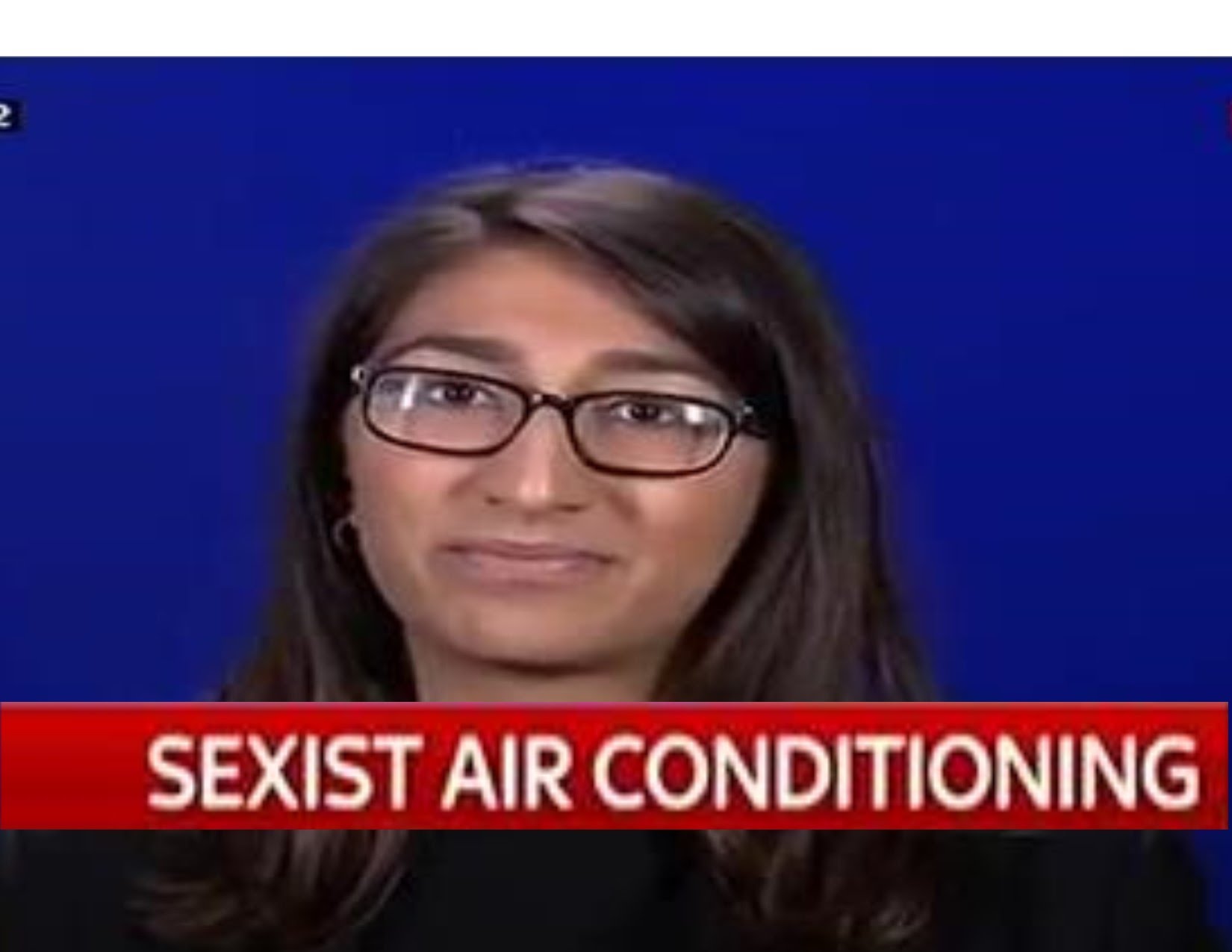 Yes, you read that right. Air conditioning is sexist. According to Radhika Sanghani, the cool, climate controlled office is just too cold. It might be boiling outside, but you might have to bring a blanket with you if your new summer dress isn’t warm enough. The cold air causes hunching and muscle aches. Dangerous!

When having to sacrifice fashion for the sake of comfort in a cozy office job is a form or sexism and oppression, society has jumped the shark.

Many recall this little campaign to ban people from calling women and girls “bossy.” Apparently calling a female bossy, even if they’re being bossy, is just too damn much to take.Even Queen B is on board.

It’s not simply the fact that irony of this effort is lost on these rich, moral busy bodies. What the hell is going on when we have powerful people (including those in government) discussing banning innocuous words in a free society? It would be nothing more than stupid or slightly amusing if it wasn’t so Orwellian. Social justice warriors are regressive control freaks.