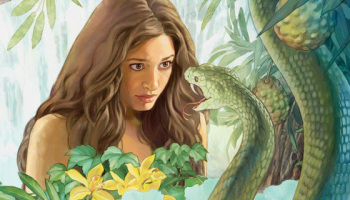 Many of us read the Bible for moral guidance and some Divine inspiration. However, as we read Holy Scripture, it doesn’t take long for us to discover that many Biblical figures didn’t necessarilyfollow the book’s advice on how to treat their fellow human beings. In fact, some of these characters were not only spiritually defective like the rest of us, but they are downright evil and treacherous.

Here is a list of the Bible’s greatest villains: 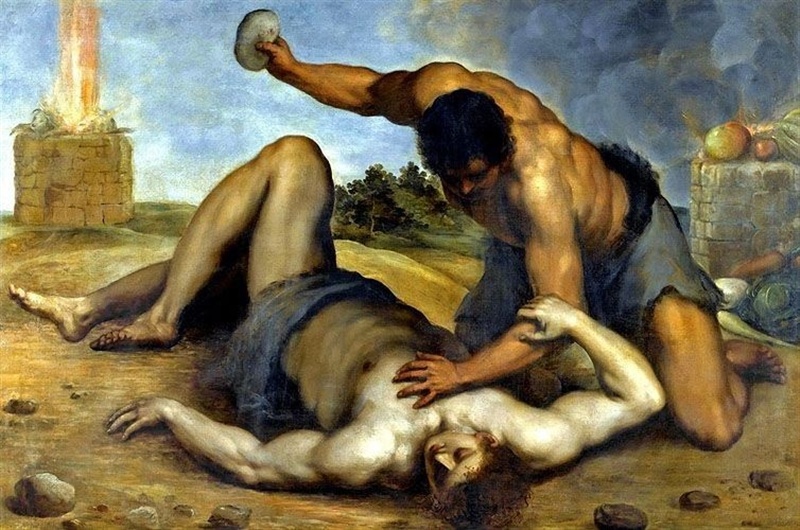 Cain was the firstborn son of Adam and Eve in the Book of Genesis. Cain worked the soil whilehis younger brother Abel shepherded the flocks. Both sons brought offerings to the Lord. However, Cain became incredibly jealous of Abel because God favored Abel’s offering over his. Cain could not discipline his own emotions and he ended up murdering Abel out of anger and envy. God punished Cain by sending him out to a life of restless wandering. 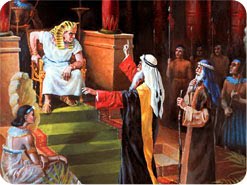 While there is more than one Pharaoh that can be mentioned as a Biblical villain, the Pharaoh Moses confronted (probably Rameses II), had a cold heart and refused to submit to God’s command to free the Israelites from slavery. As a result,God inflicted several plagues on Egypt until Pharaoh finally relented and let the Israelites go free. However, after releasing them, Pharaoh changed his mind and he and his army pursued after them. According to Exodus, Moses raised his staff and parted the waters so the Israelites could cross the Red Sea by dry ground and escape the Egyptian army. After they crossed, Moses raised his staff again causing the sea to go back to its original place, which swallowed every Egyptian. 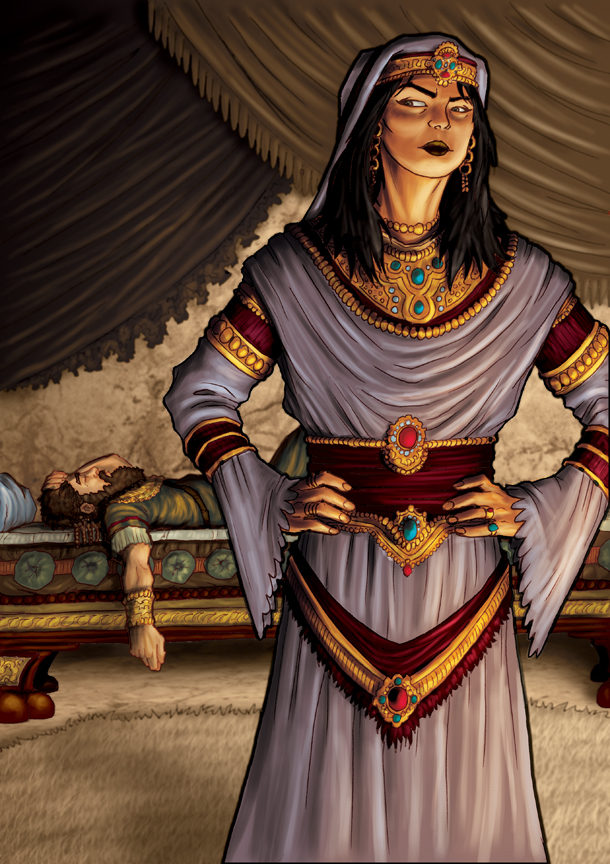 Jezebel was the wicked queen married to King Ahab in the Book of Kings. According to the Bible, Jezebel convinced Ahab to worship Baal and other deities rather than Yahweh (God). She also persecuted prophets of Yahweh and schemed to have a landowner put to death after he refused to sell his property to King Ahab. Jezebel died a gruesome death as she was thrown out a window (by members of her own court), her corpse eaten by stray dogs. 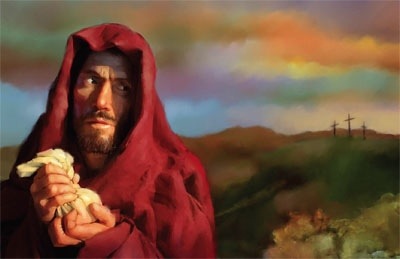 Judas was one of Jesus’ twelve disciples in the New Testament. He is infamously known for his betrayal of Jesus for thirty silver coins. According to the Book of John, Judas was “not clean,”not forgiven of his sins, and was empowered by Satan himself to betray Jesus. Judas hanged himself following the betrayal. 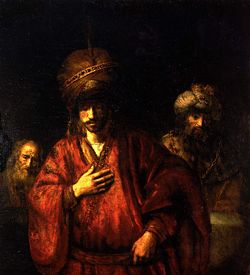 Wicked Haman is the evil villain in the Book of Esther. He was one of the counselors in the Persian Empire under King Ahasuerus. According to the Bible, Haman festered pure hatred for Jews, and so he plotted to trick the king into signing a decree to have all of the Jews in the Persian Empire slaughtered. However, the plot was foiled by Queen Esther, King Ahasuerus’ wife who herself, was a Jew. Haman was hanged from the very gallows he had originally had built to hang Queen Esther’s Jewish cousin, Mordecai. 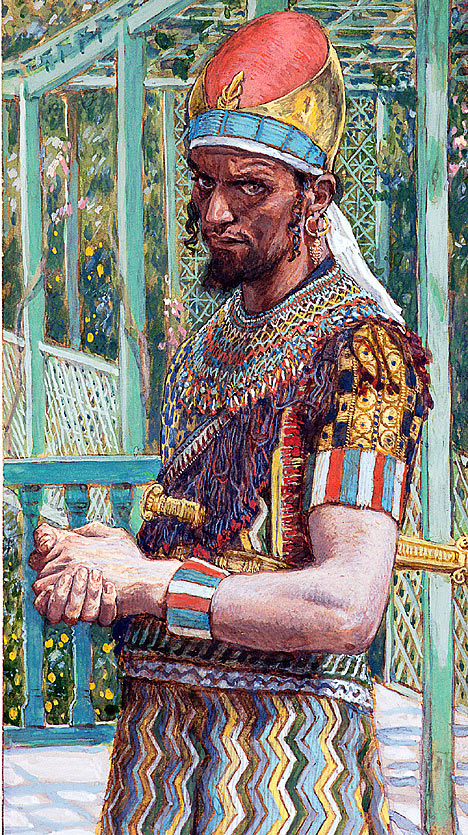 This cruel and treacherous king was so jealous of Jesus’ birth that he sent out a decree to have all the male babies under the age of two to be slaughtered. 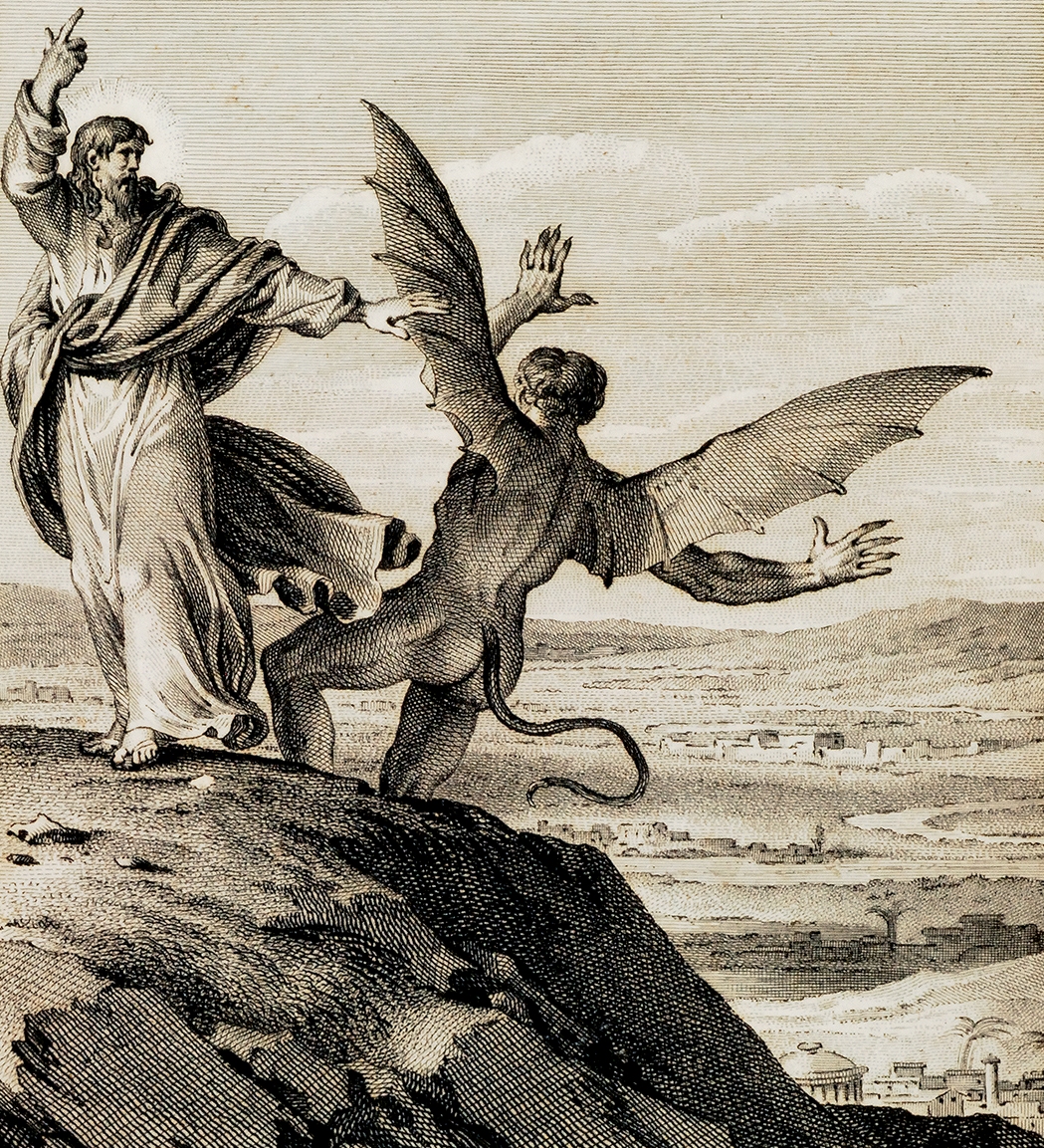 Of course, it should be no surprise that the Bible’s most notorious villain would be Satan. This figure is known for being an accuser of believers, a deceiver who leads humans astray, and the one who brings forth evil and temptation in the world. Satan was originally an angel who embodied great physical beauty. However, he was casted out of heaven for his wickedness and has been seducing humans into sin ever since.