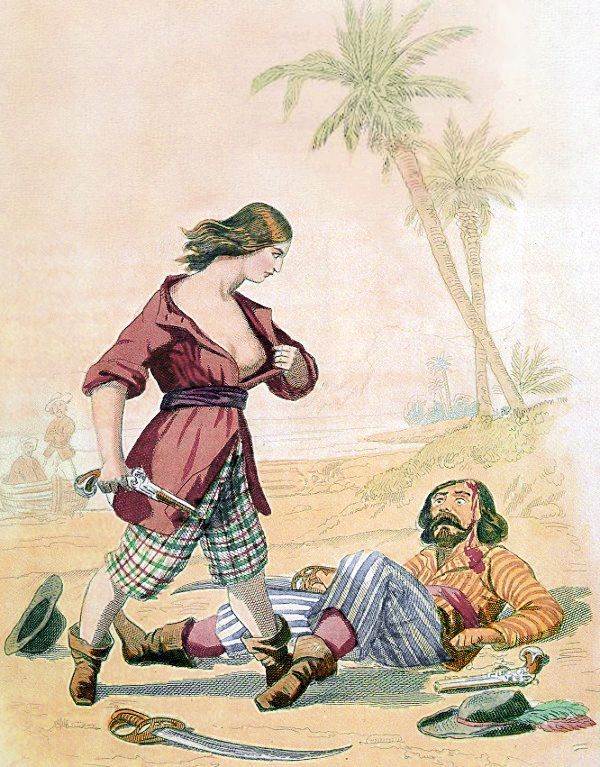 Mary Read had a real rough life to say the least. The Englishwoman’s father died before she was born and her half-brother died soon after. In fact, she spent most of her childhood disguised as a boy and pretending to her older brother so her grandmother would support her and her mom.

Even after her grandmother died, she maintained her hidden identity to find work and joined the army. During this time she met her future husband (whom she shared her secret with) and they left the army, got married, and opened an inn. After a few months of marriage, her husband got sick and died. She was on her own again.

Read decided to leave England behind and boarded a Dutch ship that was sailing to the Caribbean. On the way her ship was boarded by an infamous pirate, Calico Jack. Jack took her on as part of his crew and together with another well-known pirate, Anne Bonny, they terrorised the seas for years. Read had more toughness willpower and balls than most, disguised or otherwise. 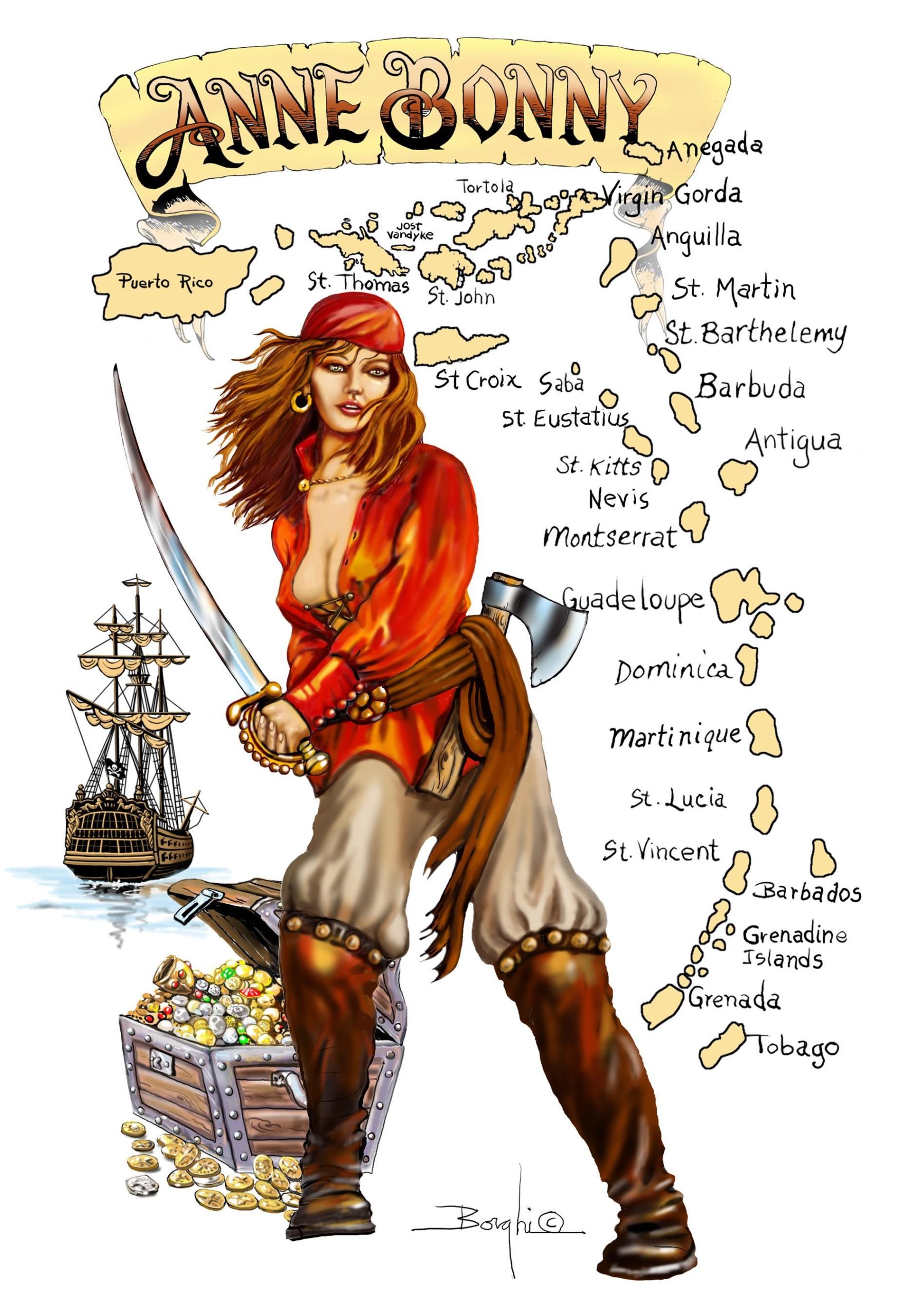 Anne Bonny was no slouch. Historians believe she was most likely born in Ireland, but grew up on her father’s plantation in Charleston, South Carolina. Both her mother died in her teen years, leaving Bonny to take care of the property.

When Bonny was 16, she met a pirate named James Bonny who wanted her estate. The married and became a pirate herself. After some time, she made plenty of pirate friends, including Calico Jack, that she would leave her husband for. Together they would capture coastal ships and spend their plunder on fancy clothes until Bonny became pregnant. She was left in Cuba to deliver the child.

No one is sure what happened to her child, but she later re-joined Jack’s crew and there she met Mary Read. The only two ladies aboard immediately became close friends until their capture in 1720. While Read would die in prison, no one knows exactly what happened to Bonnie, though there are rumours her father paid her ransom to bring her home. 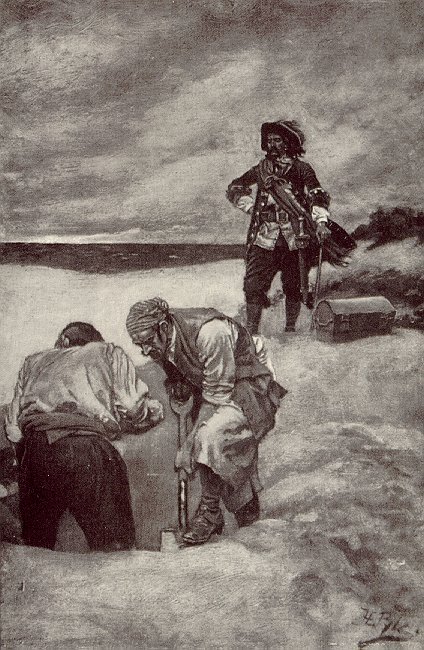 William Kidd was a wealthy Scottish privateer (someone that hunts pirates) before becoming a pirate himself. He had captured many pirate vessels during raids and this caught the attention of many powerful people, including the governor of New York and Massachusetts and the king of England.

Upon meeting the governor, Kidd was tasked with a mission to hunt pirates and capture French ships in the Red Sea. He accepted and was even given a 30-cannon galley and crew to do so.

After a long trip, Kidd and his crew made it to Madagascar where they managed to capture some small ships (used to repair their own) but nothing us. The lack of success caused some of the crew to mutiny. In one of his heated arguments with his crew, Kidd shot and killed his gunner. His crew’s complaints stopped after that.

With this murder, there was no turning back. Kidd was a pirate now, and soon captured a large treasure ship owned by the British East India Company. Fortune at last! He made the ship his new flagship and eventually made his way back to New York where he was later executed for his crimes. It’s thanks to Kidd that we hear the stories of pirates burying their treasure. 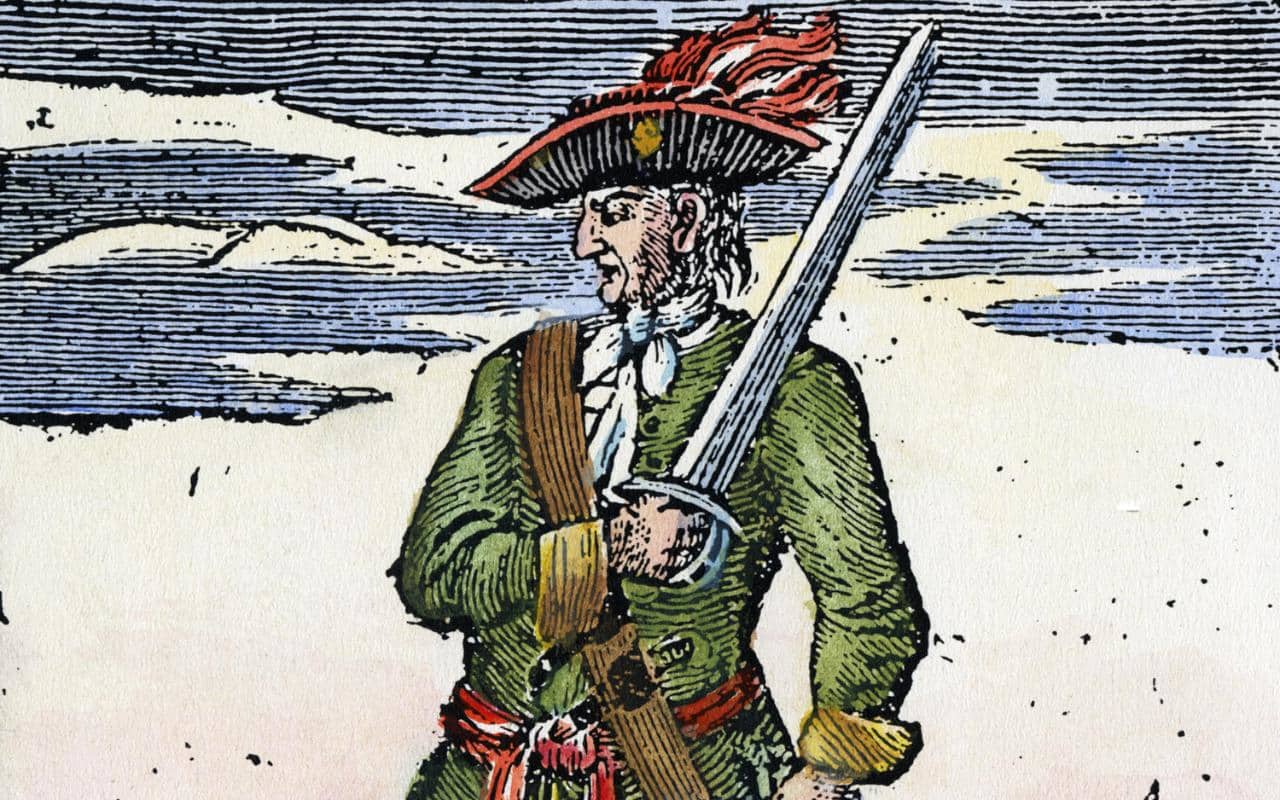 Calico Jack wasn’t known for his success as a pirate so much as he was for his flamboyant outfits and the two female pirates in his crew, Mary Read and Anne Bonny. In fact, what makes Jack a bad ass is that despite his success (or lack thereof) is his legacy. Much of what we think of today when you hear the word “pirate” like the flag with the skull and two swords, is thanks to him. Romanticized, but amusing nonetheless.

Jack and his screw spent most of their time capturing smaller merchant and transport as they were easier prey, but he did manage capture some larger ships including one called the Kingston. This however, was done so well within the view of the Port Royal harbor and thus in the view of all the government officials and merchants who would hunt him from then on.

Calico Jack would continue raiding and avoiding the law for some time, hiding and spending his newfound treasure on the way before his capture and execution in 1720. 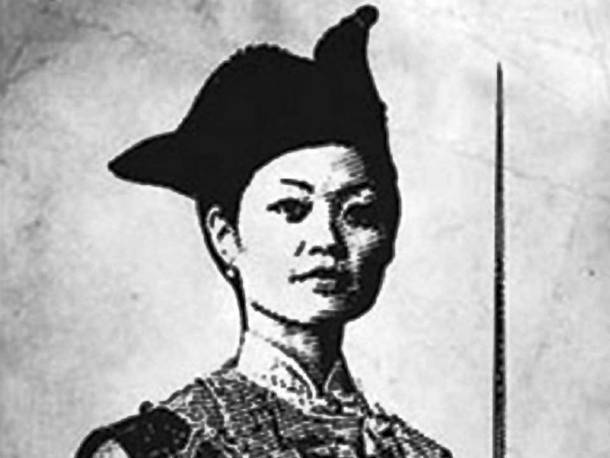 Ching Shih is one of several famous Chinese pirates, but what makes her truly remarkable is just how large her fleet was and her humble beginnings.

Shih was a prostitute living in Guangzhou who was known to be very “influential” with her customers. She eventually amassed enough wealth and influence to gain control of a number of pirate ships and crew. It was time for a new career.

Stories od Shih’s success as a pirate spread. She would eventually meet a famous pirate named Cheng I, whom she married. Together they joined fleets and got other pirates to join their cause. Upon her husband’s death, Ching Shih controlled the largest pirate fleet in human history.

How large? Shih had over 1500 ships and over 180,000 pirates under her command. Her fleet was so large and well maintained that the Chinese government had no idea what to do about her. Even foreign powers felt sending their navy against her fleet would be fruitless.

By 1810 Shih’s fleet was too large to hold together and split into several groups. Emperor Jiaqing offered her a royal pardon in exchange for stopping piracy for good. Shih accepted and spent the rest of her life running brothels and ran other smuggling and gambling businesses. Ching Shih actually survived the pirate’s life. Bad ass, indeed. 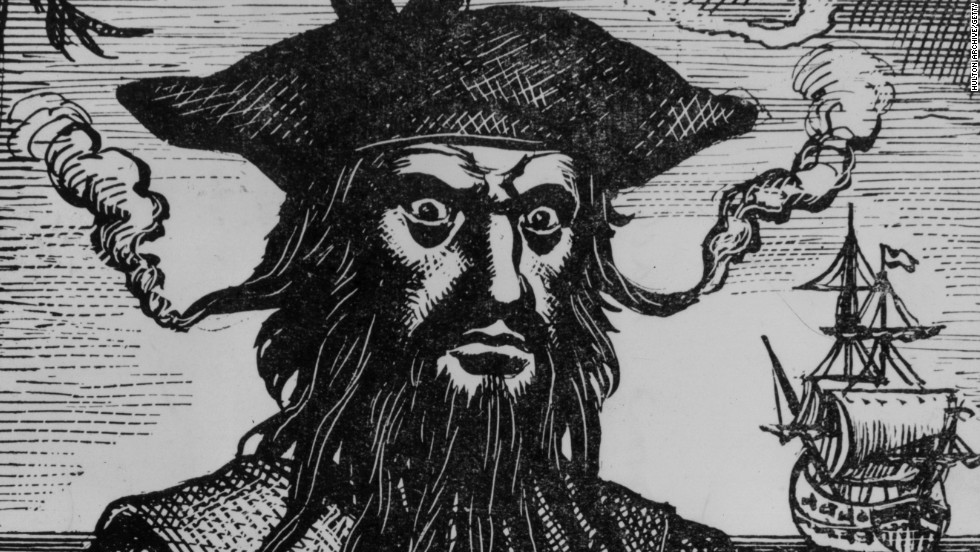 Blackbeard’s look is unmistakable. The large, bearded man with burning wicks under his hat and carrying several pistols and knives in his jacket, Edward Teach earned his nickname and left many sailors with a image of terror. That image helped make Blackbeard the most famous pirate of all time.

Teach started out as a privateer, after which he worked under famous pirate Captain Hornigold in the Caribbean. Teach proved to be very successful and quickly gained his own ship and crew. Teach and Hornigold plundered many ships together, including The “Concorde,” a large 300-ton frigate with 26 guns. Once Hornigold retired from piracy, The Concorde was Blackbeard’s. He renamed it “Queen Anne’s Revenge” and armed with 40 guns. A legend was born.

The raids would continue until a military expedition was funded to stop him. Two ships carrying soldiers from the Royal Navy and several smaller ships eventually tracked down Blackbeard on Ocracoke island. According to Lieutenant Maynard who commanded the fleet Blackbeard was shot at least 5 times and cut 20 times before finally dying in the ensuing battle. His head was cut off and hung on the mast of a ship as a message. Even in death Blackbeard was spooky. 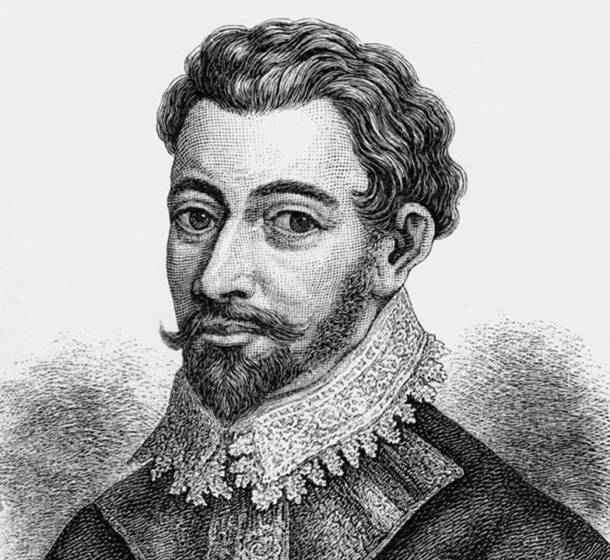 One of the greatest naval commanders and privateers ever also did a bit of pirating. In his early years, Sir Francis Drake commanded a small ship, trading and smuggling in the Caribbean. Eventually, a Spanish treasure fleet attacked him. He survived and his epic feud with the Spanish had begun.

Drake began attacking Spanish ships constantly, even working with the French on occasion just to capture more treasure and sink more Spaniards. He caused so much destruction that his enemies nicknamed him “The Dragon.”

In 1577. Queen Elizabeth herself commissioned Drake to raid Spanish ships (like he needed a reason) and circumnavigate the globe. He left with a fleet of 5 ships and 164 men. He would return with just 1 ship and 60 men three years later. Him and his crew went through several battles and terrible storms, but they did it. An incredible feat for their time.

After sailing around the world, Drake went back to doing what he did best, making life miserable for the Spanish. He would raid their treasure ships and fight them in pitched battles during war time for the rest of his life until he died of fever in 1596. Who would have thought the man who terrorized a naval superpower and became one world’s greatest explorers started with a little pirating? Sir Francis Drake left a big mark on world history.