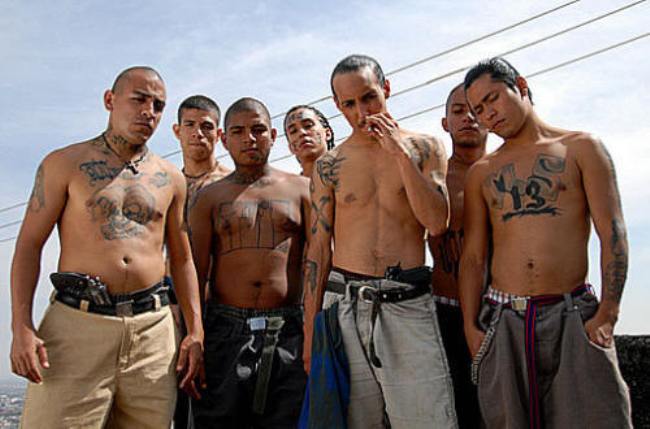 Prison gangs are almost always initially formed as a means for groups of inmates to protect themselves against other dangerous gangs or inmates. However, through the years, they have transformed into highly sophisticated organizations that control many criminal activities inside and outside of the prison walls, such as: drug trafficking, prostitution, extortion, and contract killing. As a result, many prison gangs have been growing and strengthening in recent years.

So, if you find yourself in the ‘pokey’ at any point, here are the 7 most notorious prison gangs you may encounter: 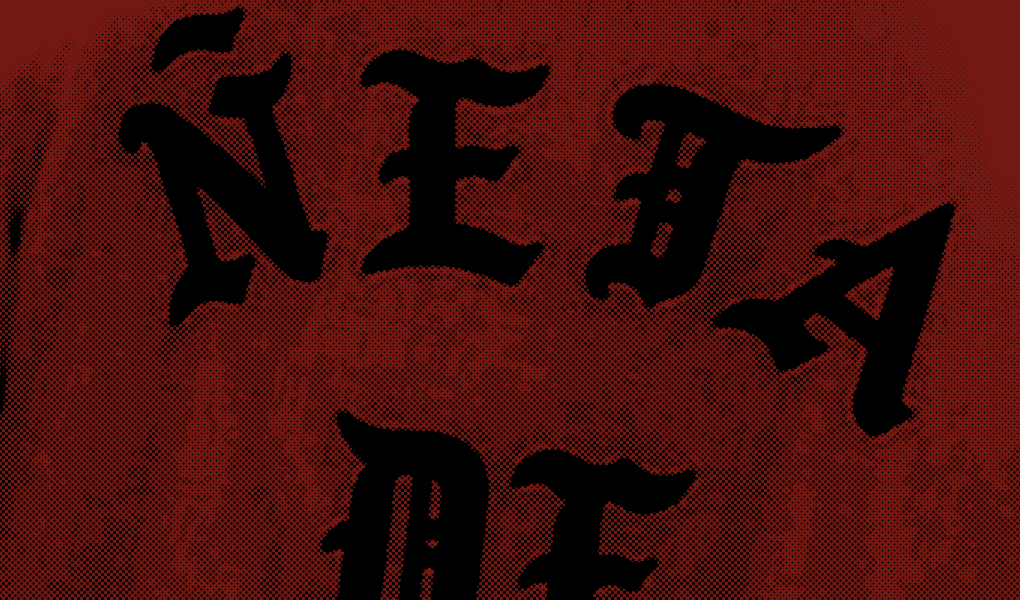 The Neta Association is the name of aHispanic gang that was initiated in the Puerto Rico prison system and branched to the United States in the 1980’s.

While Puerto Rico has plenty of street gangs, Netas are the largest and most dominant of them all. They now have over 150,000 members in Puerto Rico, 100,000 in the United States, and nearly 10,000 in other parts of the world.

Founded by Carlos “La Sombra” Torres Irriarte, the group launched in the late 1970’s when several pro-independence political prisoners were incarcerated in the maximum- security prison of Oso Blanco. The gang’soriginal purpose was to advocate for improved living conditions in the prison system, toprotect inmates from abuses committed by guards, and to also fight the prison gang G-27.

However, Irriarte was shot and killed by G-27 members who had the help of some paid off authorities. During the investigation, law enforcement discovered that Irriarte was also betrayed by some of his own gang members (these members wanted to get into the business of drug trafficking in prison, but Irriarte was against the idea). After his burial, the Netas went into a rampage and took over several wings of the prison, including the pharmacy where narcotic medications were kept.

They then demonstrated their force against the G-27 leader “Manota”. Digging their way through the prison walls, they broke into Manota’s cell, stabbed him, and cut his body into 84 pieces.

Cleverly, they used the media’s coverage of their hostile takeover to send messages to other members in different prisons around Puerto Rico. They also used the media to demand better living condition in the facility and threatened more bloodshed if their demands weren’t met. As a result, the membership grew exponentially in prisons across Puerto Rico and the leaders began ruling their gang with an iron fist.

The Netas still control a large percentage of the prison system today and their main source of income is retail distribution of crack cocaine, heroine, marijuana and other illegal drugs. 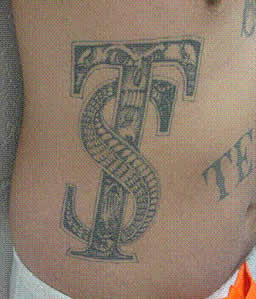 The Texas Syndicate originated in California’s Folsom prison in the early 1970’s andthis group also includes mostly Hispanic members. The Syndicate was initially established in response to other prison gangs that were preying on native Texas inmates.

The gangis estimated to have about 20,000 members. However, it is believed that this number may be a bit inflated. While they still maintain their headquarters in California, approximately 8,126 Hispanic members operate across Texas. They also have some representation in Florida and Louisiana.

The Texas Syndicate is involved in drug trafficking, prostitution, extortion, gambling, and contract killing. Released members who make money for the Syndicate must pay a 10% tax and all proceeds go to the gang in prison. 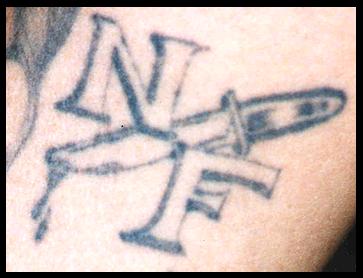 While the Mexican Mafia was initially created to protect Mexicans in prison, members abused Latinos from rural farming areas of Northern California, which sparked an ongoing war between the NuestraFamilia and the Mexican Mafia.

From their command center in the Pelican Bay Prison, leaders of this family control the intra-prison drug and sex trade while communicating with members on the streets. The leaders order hits and organize smuggling rings while the gang obtains its income through distribution of cocaine, heroine, marijuana, and other illegal drugs.

The initiation process for La NuestraFamilia is quite long and complex as it takes a minimum of 2 years for a potential member to demonstrate their character and loyalty to this prison family. Therefore, only those convicted of very serious crimes are successfully recruited to the gang. As a result, La NuestraFamilia is a very dangerous organization. 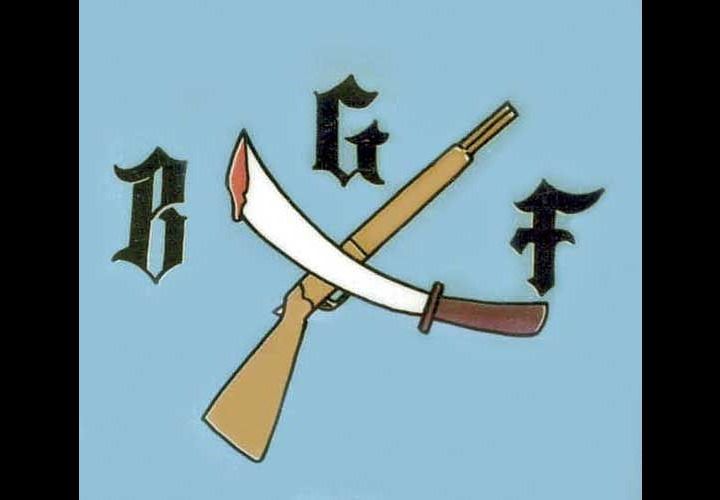 The Black Guerilla Family, or BGF, is an African-American prison and street gang that was founded by George Jackson and W.L. Nolen in 1966 while serving time at San Quentin State Prison in Marin County, California.

This gang is described as an ideological African-American Marxist Leninist revolutionary group consisting of prisoners. Its goals include: eliminating all racism, maintaining dignity in prison, and overthrowing the United States government.

All members must be black and the BGF requires a lifelong pledge of loyalty to the gang. Any prospective member must be nominated by an existing member and every member must get a tattoo using different versions of the dragon surrounding the prison tower and holding a correctional officer in its clutches.

While the BGF had experienced a decline in membership in the 1990’s, it has recently reorganized and gained substantial growth and strength. 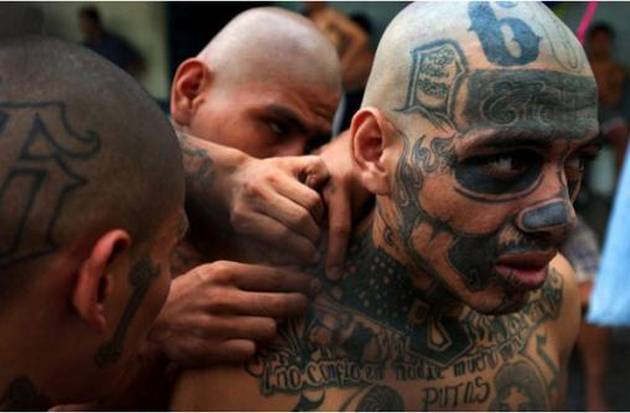 The MS-13 organization was formed in the early 1980’s in Los Angeles. After fleeing the death squads in South America and settling in California, a number of Salvadoran, Honduran, Guatemalan, and Nicaraguan immigrants joined together and formed MS-13, or Mara Salvatrucha, as a way to protect against rival Mexican gangs.

Some corrections officials claim that MS-13 markets the gang as a way to embrace Latin American heritage when it isjust a disguise to cover the organization’s real criminal agenda.

The group has a total of about 30,000 members, and it is currently the largest gang in many states, including Northern Virginia. MS-13 is well known for its drug smuggling, contract killing, human trafficking, and black market gun sales.

Members are identified by tattoos covering their body and face and they have their own sign language. The gang is infamous for their use of extreme violence against innocents and their merciless brutal revenge. The gang is known to be ruthless in hunting down and killing anyone who speaks to law enforcement. In fact, it has been reported to indulge in beheadings and grenade attacks in Central America as well as machete attacks in cities along the East Coast of the United States.

It is rumored that MS-13 members pay prison guards to smuggle in cellphones to them so they can communicate with other members in South America and the U.S. 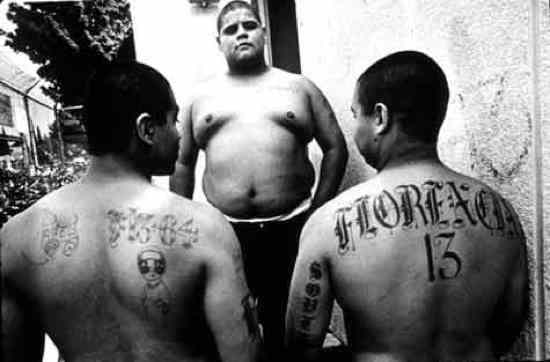 The Mexican Mafia, or La eMeis a highly organizedMexican-American criminal organization in the United States. It has been in operation in the U.S. prison system since 1957, when 13 members from Hispanic street gangs teamed up in a youth correctional facility in Tracy, California.

They formed the gang as a way to protect themselves from other prison gangs at the time. The group initially recruited violent members in an attempt to create a highly feared organization that could control black market activities. It is claimed that the original overall goal was to terrorize the prison system and enjoy prison comforts while doing time.

The Mexican Mafia is believed to be the most powerful gang in the California prison system today with 155-300 official members and around 990 associates that carry out illegal activities in the hopes of becoming full members. Groups including MS-13 and Florencia 13, use the number 13 to show allegiance to the Mexican Mafia. M is the 13th letter of the alphabet.

The Mexican Mafia extends to the outside world, as some members smuggle drugs behind bars to sell to prisoners. After getting released from prison, members are expected to give a “tithe” to gang members still in jail. 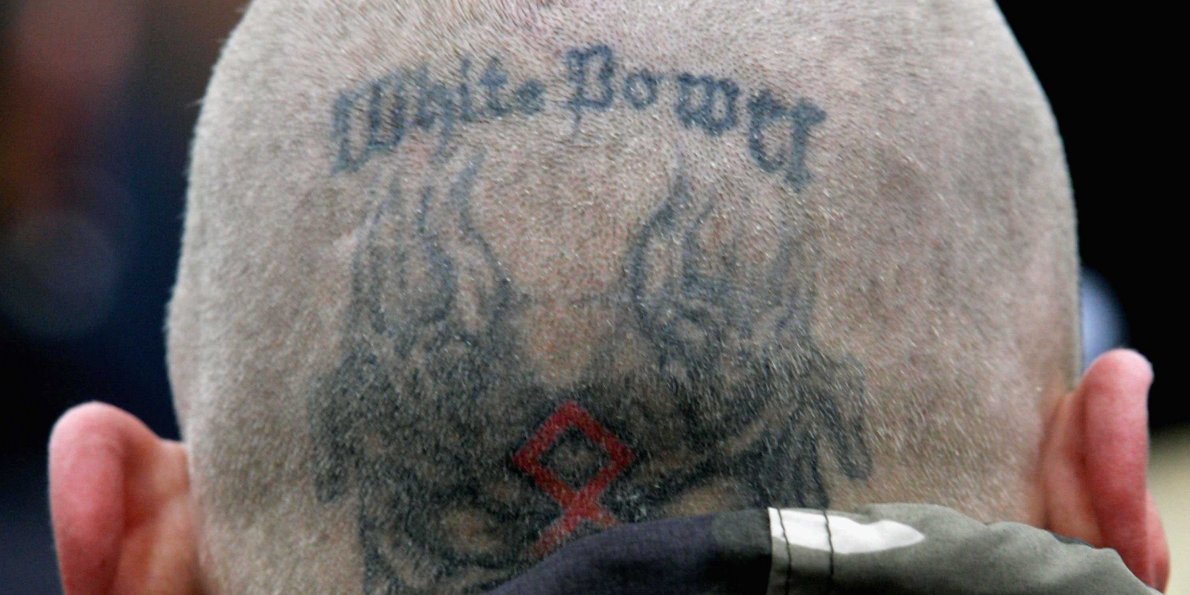 The Aryan Brotherhood, also recognized as Brand, or the AB, is a white supremacist gang in the prison system and it is an organized crime syndicate in the U.S. with approximately 15,000 members in and out of prison. It was originally formed for the protection of whites against blacks in prison, but the gang eventually moved toward becoming a criminal organization. The group is concerned with white supremacy, and it can be ruthless and completely out of control at times.

According to the FBI, the gang makes of 0.1% of the prison population, but is responsible for between 18-25% of murders in the federal prison system. The organization is now mostly focused on the typical economic activities of organized crime, including: drug trafficking, prostitution, extortion and contract killing. In prison, they strive to control the sale of drugs, gambling, and male prostitutes. The AB is also known to carry out contract killings for the Mexican Mafia.