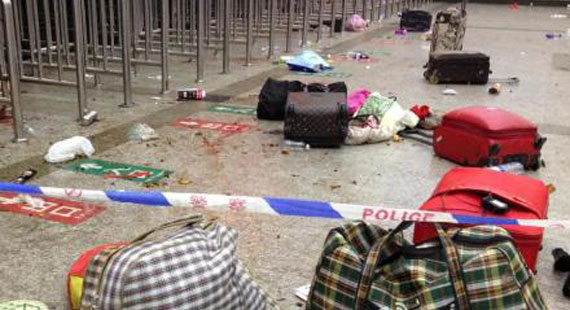 At just after 9 pm on March 1, 2014 a group of eight knife-wielding men and women dressed in black attached travellers in the ticket hall at Kunming train station in Yunnan province. The attackers used long-bladed weapons and indiscriminately slashed and stabbed people waiting for trains. The group managed to kill 31 people and injure more than 140 others before a police SWAT team killed 4 perpetrators and captured another. Police later arrested the remaining gang members. The exact motive for the killing spree remains unclear. It is believed that the gang were Uyghur Muslim separatists from the province of Xinjiang. The four surviving attackers were tried and convicted for the crime. The sole surviving female, who was pregnant, was sentenced to life in prison. The three men were sentenced to death and hanged in March 2015. 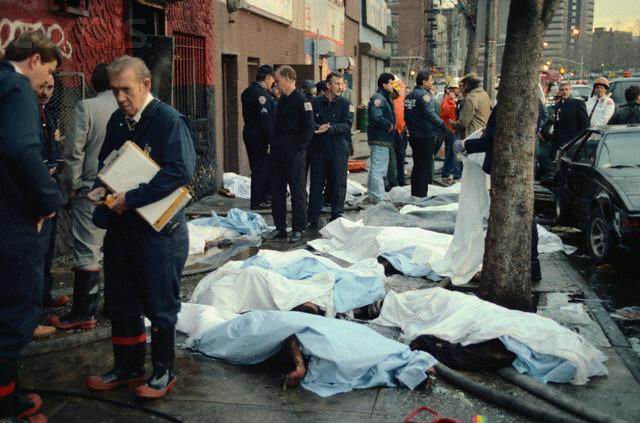 On March 25 1990 an horrific fire engulfed the unlicensed Happy Land nightclub in the Bronx. The club was in a run-down building in East Tremont and on thatearly Sunday morning was crowded. It was Carnival and most people in the club were Honduran immigrants. The perpetrator was Julio Gonzalez, a Cuban, who had recently lost his job at a lamp warehouse. He went to Happy Lands that night to confront his girlfriend, Lydia Feliciano about their rocky relationship and her decision to leave her job as a coat checker at Happy Lands. The argument got out of hand and Gonzales was ejected at about 3 am. He walked three blocks to a service station and bought a dollar’s worth of gas which he put in an old container he found. Returning to the club, he spilled the gas at the foot of the wooden stairs leading up to the second floor club, lit it with matches and then went home and fell asleep. Only 6 people survived the inferno. The club was found not to have any fire suppression equipment or any fire escapes – the sole exit being the stairs set alight by Gonzales. Bodies were piled in the stairwell. Most had suffocated from the smoke or been trampled to death in the panic. Remarkably, one of the survivors was Lydia Feliciano, who told police of her argument with Gonzales. When the police arrived at his apartment, Gonzales confessed to what he had done. He was convicted of 87 counts arson related manslaughter and was sentenced to 25 years to life on each count. He died in prison in 2016 at the age of 61. 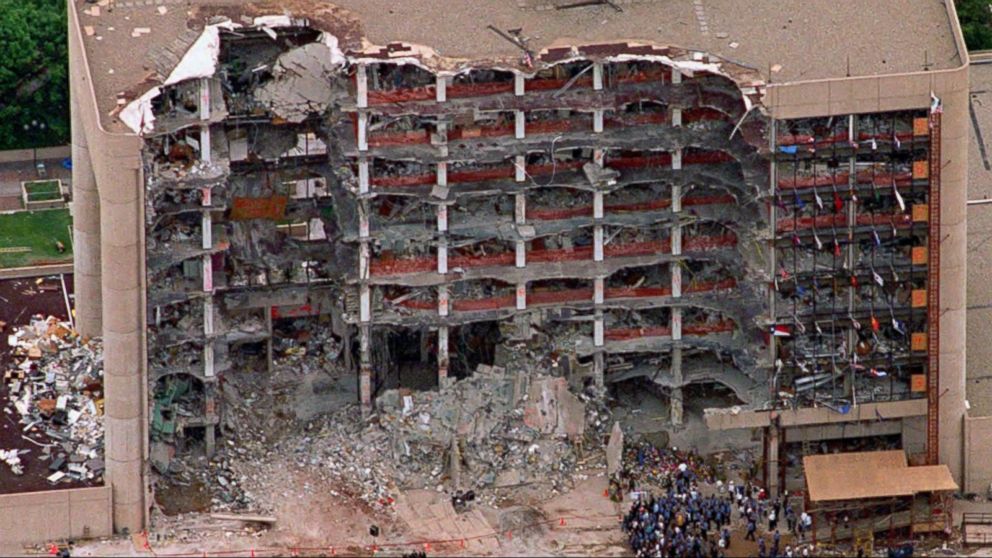 Timothy McVeigh carried out the deadliest act of domestic terror in US history at 9.02 am on April 19 1995 when he detonated a Ryder hire truck full of explosives directly in front of the Alfred P Murrah federal office building in downtown Oklahoma City. The bomb killed 168 people, many of them young children attending the on-site crèche, and injured more than 680 others. The target building was 1/3 destroyed, and 324 other buildings in a 16 block radius were damaged. The total cost of the damage was put at $652 million. McVeigh was stopped for driving without a license plate within 90 minutes of the attack and arrested for possession of illegal weapons. A forensic search revealed that he was linked to the attack, and his co-conspirator Terry Nichols, who had prepared the bomb, was also arrested. McVeigh appeared to be an opponent of the federal government. He had visited Waco during the devastating FBI siege there two years before the bombing. He also appeared to be interested in white supremacy. Convicted in 1997, McVeigh was executed by lethal injection in June 2001. 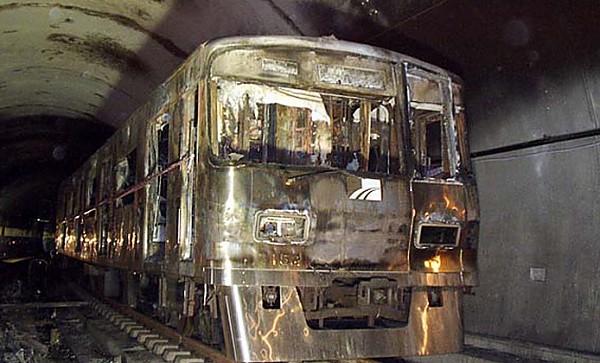 This was every traveller’s nightmare – a deadly fire in the subway. Arsonist Kim Dae-han set fire to a subway train which had stopped at Jungangno Station in Daegu. The fire quickly spread to a second train that had just arrived from the opposite direction. Kim had boarded the train armed with a homemade incendiary device. He intended to kill himself in public. Alarmed by his behaviour, some passengers tried to stop him, but this had the unfortunate effect of spilling the now flaming fuel from Kim’s device. The fire engulfed all 6 carriages of the train and then spread to a newly arrived train. Kim, on fire from the waist down, managed to escape, but 192 people were not so lucky. Various management failings stopped the response to the fire being effective, which increased the death toll, but the event was the intended work of one man. While the train and station operators were convicted of corporate crimes relating to the fire response, Kim was convicted of multiple counts of arson and homicide. He escaped the death penalty on account of his mental state, and was sentenced to life imprisonment. He died in 2004. 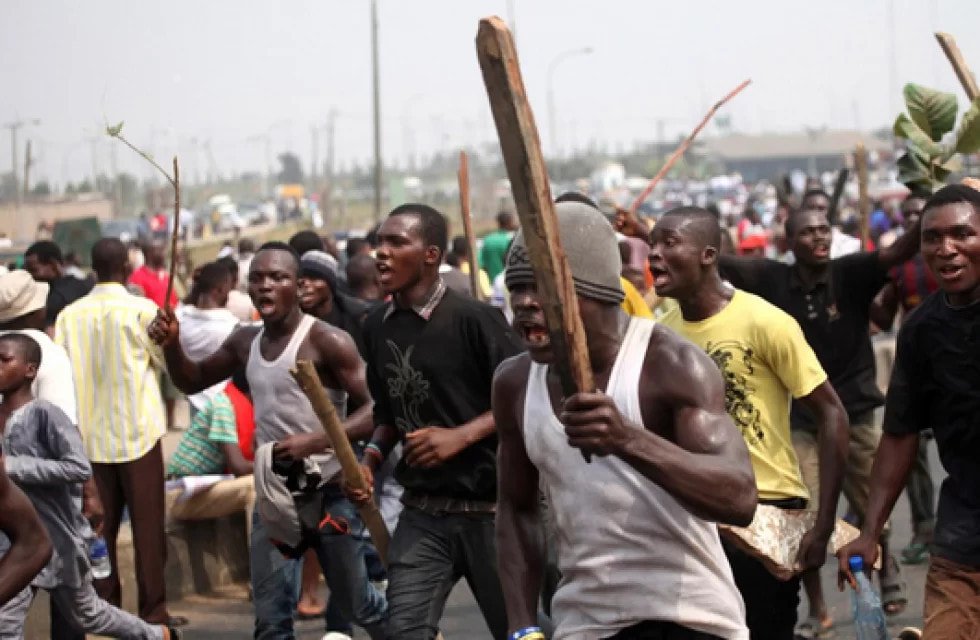 An horrific example of tribal and religious violence, the 2010 massacre of mainly Muslim residents of Jos started as low level rioting and violence in January 2010 between the Christian and Muslim populations. Churches were burned and Muslim youths set a full Catholic church on fire. Some peace was restored by the imposition of a curfew, but the violence spread to outlying villages, where mobs of Christians from the Berom ethnic group attacked Muslims, mosques and other property. The rampage continued unabated and by the end between 350 and 1000 people had been slaughtered. Over 5000 had been rendered homeless by the violence. 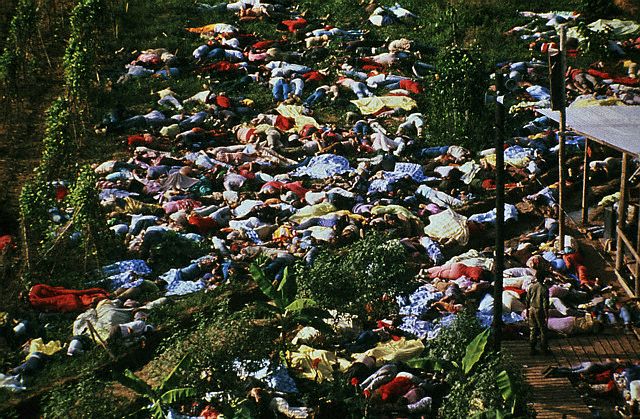 Jim Jones was the megalomaniacal leader of the People Temple cult, an American self-described socialist organisation. Jones had moved his cult from rural Indiana to Guyana in 1973. The town, built by the slave labor of members of the cult was the home to Jones and a thousand follows – including children. Sustained by arms and drugs trading, Jones claimed to have created a paradise on earth while waiting for the Second Coming. All property was held in common, and children were removed from their parents to be raised by the community. Jones hold over his followers was total, and through his endless lectures he was able to control them absolutely. When Californian congressman Leo Ryan and a delegation visited on behalf of some of his constituents who had become worried over the fate of loved ones, he was shown the compound and then on the runway waiting to take off bound for the US, his plane was attacked. Ryan and others were murdered. Having ordered the death of US congressman, Jones realised that time was limited before an overwhelming response from the US government. On 18 November 1978 Jones used his control over his followers to order them to drink flavour-aid dosed with cyanide. The children drank first from the hands of their carers and parents, and then the adults. While there is some evidence with a few resisted, all died. The event could be classed as a mass suicide, but given Jones’s total control over the minds of his followers, it was clearly a mass murder. 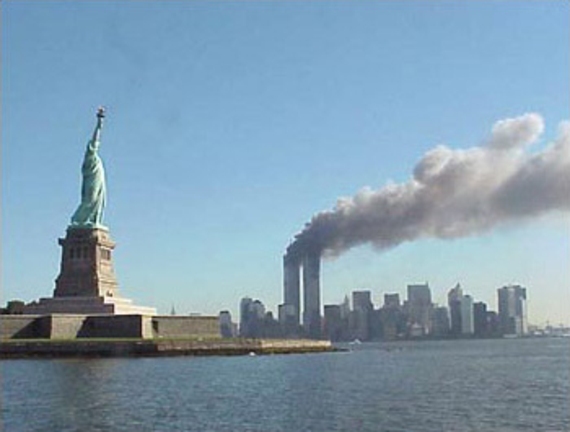 9/11 defined not just the end of the 20th century and the beginning of the 21st, but the lives of everyone affected by it, everyone who watched in horror that stunningly sunny Tuesday morning as two planes slammed into the iconic World Trade Centre Towers and brought them down. The murder of everyone aboard the planes, and many within the buildings set of a period of war and conflict that continues to this day. On that day it became crystal clear who was an ally and who a foe. But before all that was a group of mainly Saudi men who with box cutters were able to take control of 4 planes with frightening ease. Killing the pilots, they took control of the planes. Two headed for Manhattan, a third for DC, and a fourth probably for DC, although it was brought down by its heroic passengers before it could reach its presumed target of the US Capitol. The first two planes smashed into the towers of the WTC and set off apocalyptic scenes in the streets of New York. The third crashed into the Pentagon, demolishing an entire side of the heavily reinforced building. Nearly three thousand people were killed that day in the space of two hours. Ultimate responsibility was claimed by the Saudi radical Osama bin Laden from his cave in Afghanistan. It took ten years, but the US driven by a need for justice, tracked Bin Laden down and killed him.