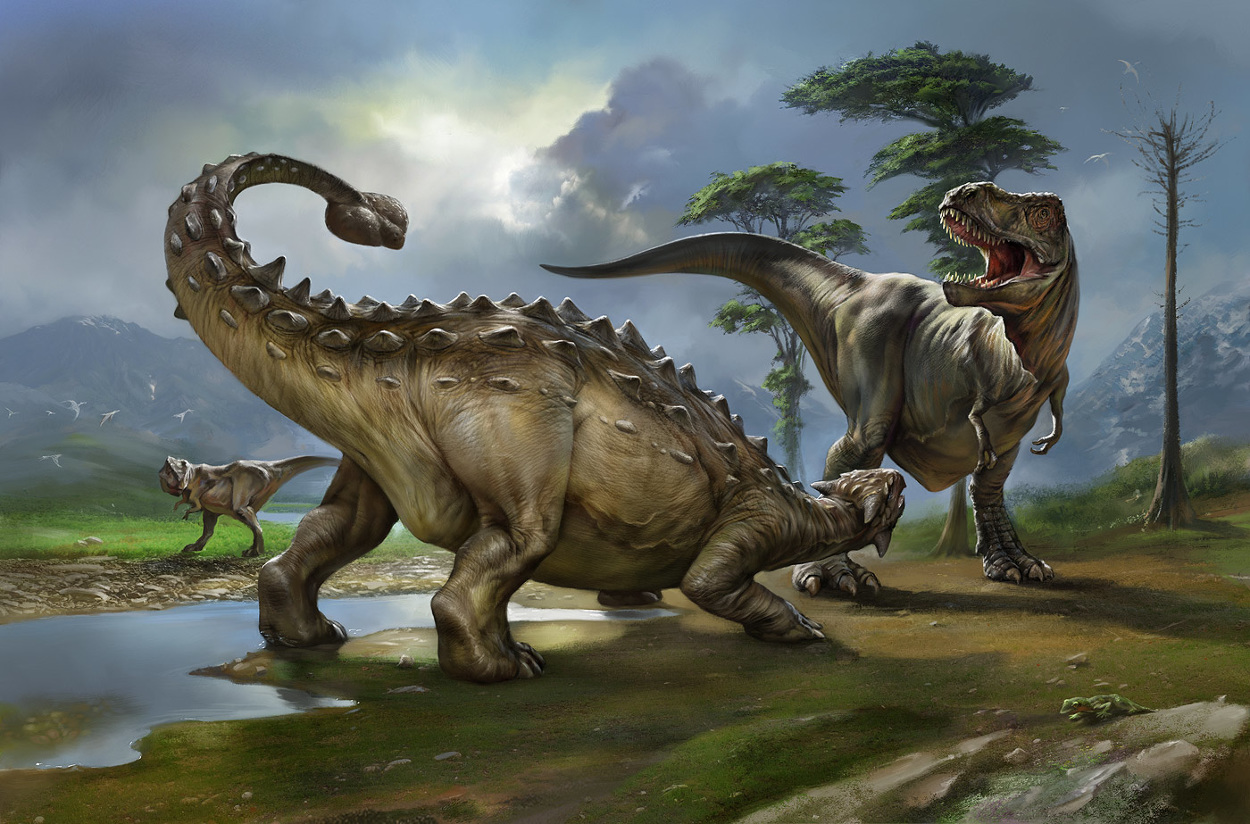 Though it was a herbivore, the ankylosaurus was a living, breathing, tank. Standing at 5 and a half feet tall and weighing up to four tons, this beast meant business. The many fused bones in its body created a sort of armor as you can see, protecting it from predators.

You can’t miss that big club on the end of its tail that it uses for defence. T-Rex avoided these dinosaurs for that very reason. One swing with that club and its leg would be broken. Imagine being hit by a mace. Painful right? Now imagine that mace is being swung by a four ton Barry Bonds. You’d be a goner. 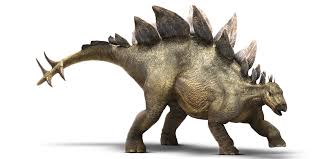 Stegosaurus is similar to the last dinosaur above, only instead of “plated” bones, it’s got spikes… And it’s the size of a BUS. Interestingly, it also has one of the smallest brain to body size ratios of any dinosaur- it’s brain was only the size of a walnut.

Even though it only eats plants, do you really want to be anywhere near this porcupine from hell?Just imagine it walking down the street and swatting cars like flies. Insurance won’t cover the damages. 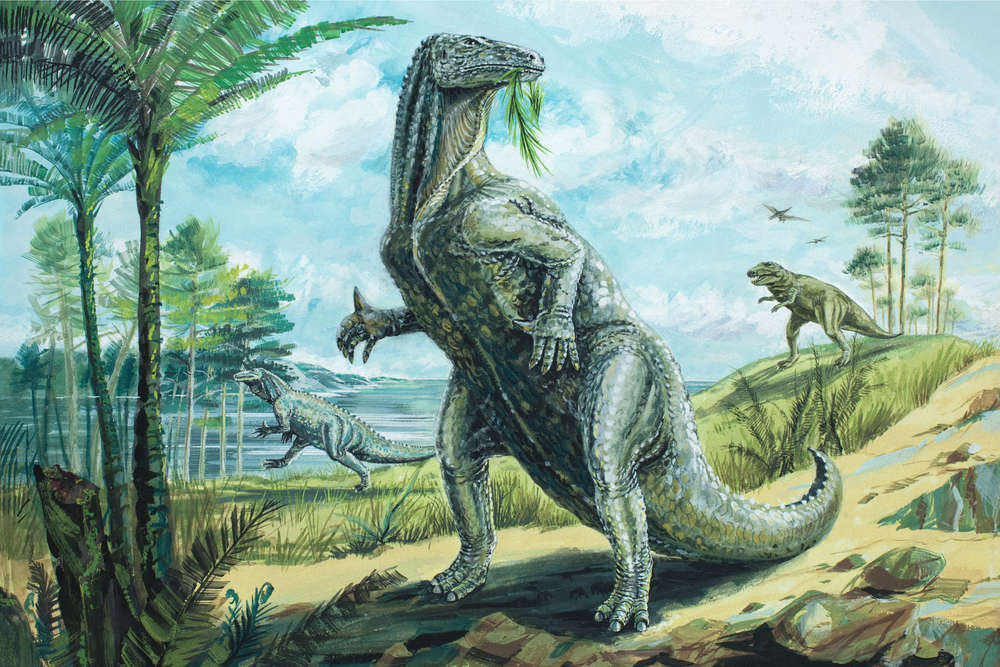 This van-sized plant eater doesn’t seem all that harmful at first glance, but look a bit closer. See those thumbs? No they’ve got nothing to do with Fonzie. They’re not thumbs at all. They’re dagger-like spikes.

When threatened, Iguanadon would stand on its hind legs, and stab at predators with those spikes. Imagine what a dinosaur prison would be like with this beast shanking any inmate he didn’t like the look of. 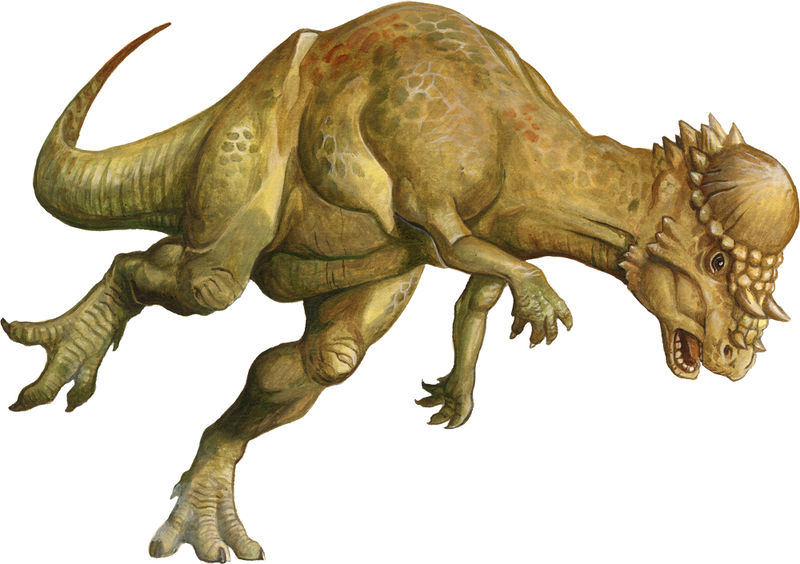 This dinosaur with the long-ass name and odd-looking skull were far from harmless. This 15-foot herbivore weighed over 900 pounds and knew how to use its head. That skull was covered in layer upon layer of bone.

Pachycephalosaurus used its head as a battering ram to kill attackers or when fighting other males to establish dominance, like how bucks and rams do today. So in other words, it was like a bear-sized mountain goat that could smash through walls with its head like the Juggernaut. Yikes. 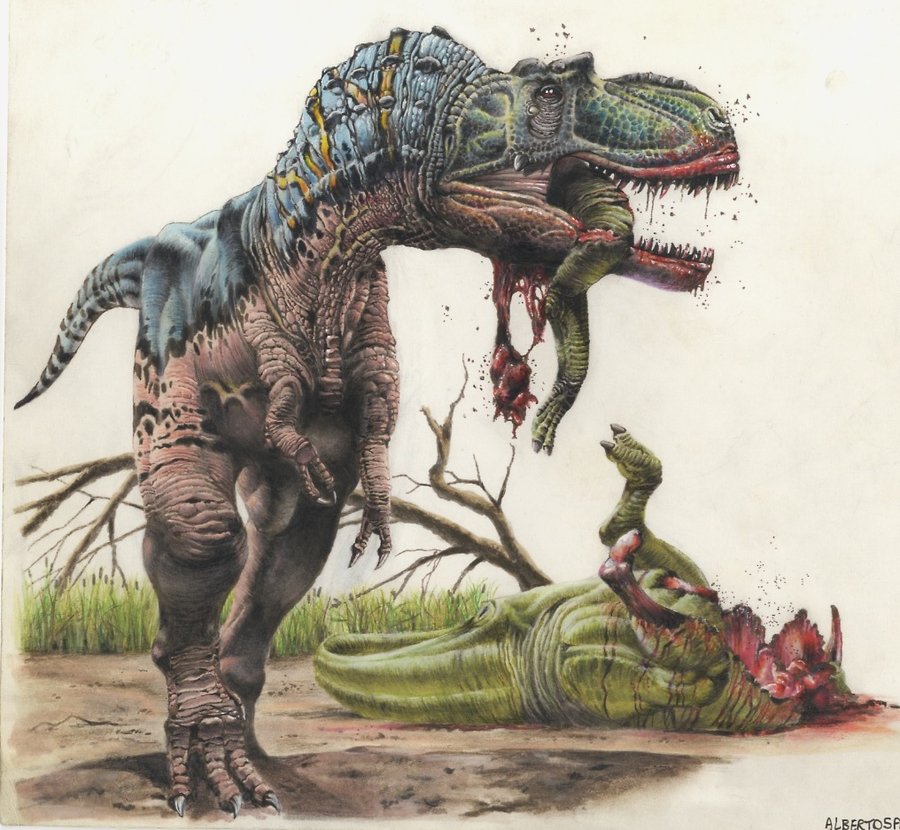 Named after the province of Alberta where it was first discovered, Albertosaurus was a carnivore and a cousin of the T-Rex. While it was smaller than its cousin, this dinosaur was no less terrifying. It was 11 feet tall, 33 feet long, and weighed in at three tons.

Archaeological evidence suggests that these predators may have hunted in packs and they had a bite that could spread a septic infection like that of the komodo dragon. Be glad this apex predator is long gone. 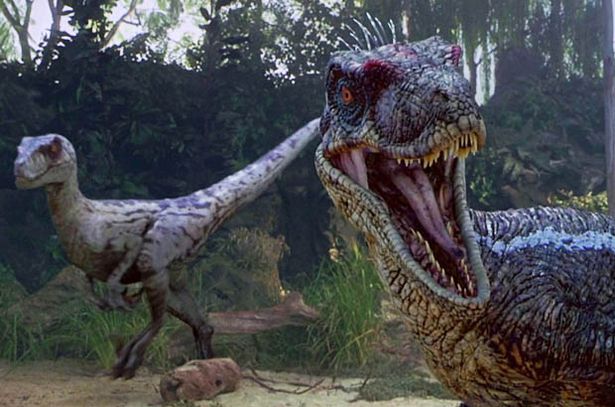 Sure you’ve seen these pack hunting creatures terrorizing people in the Jurassic Park movies, but they were called Velociraptors, right? They were, but that’s not their real name. Velociraptors were much smaller. Steven Spielberg liked the name better so he kept it while modelling them after deinonychus.

Minus the talking you saw in the movies, you know exactly how dangerous deinonychusis and why it’s good they’re extinct. Their name means “terrible claw” if you haven’t seen the movies. That should give you a clue. 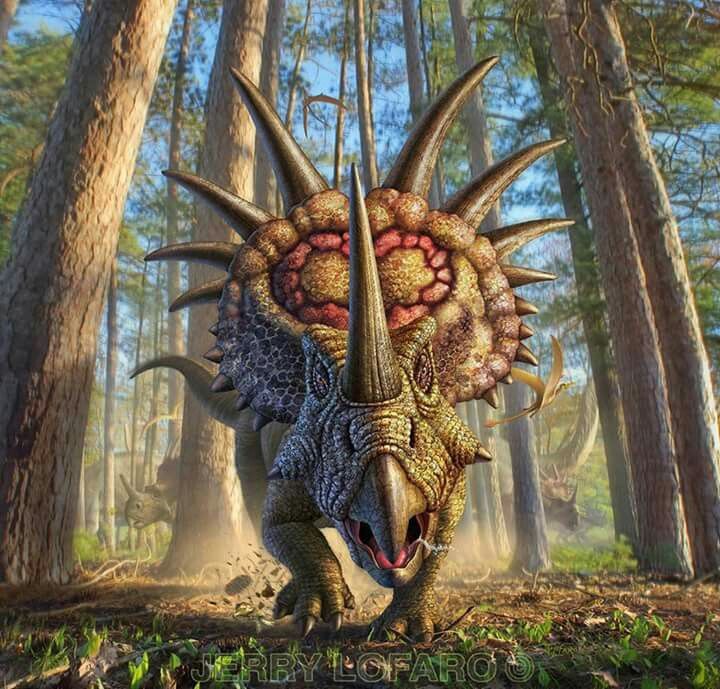 As you can see, styrachosaurus is a lot like the triceratops, only with more horns on its car-sized head. The three-ton plant eater’s frill had other functions besides defence. It helped regulate body temperature, too.

This dinosaur makes rhinos look harmless in comparison.It’s a good thing we don’t see these while on safari. If you came across some angry ones you’d be sent home in a body bag. 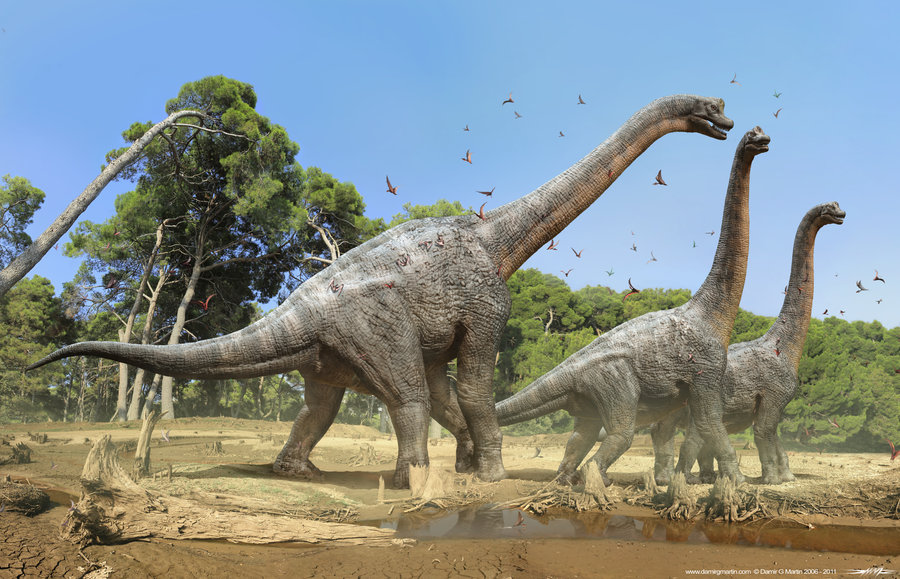 Sheer size is what gets brachiosaurus on this list.It was over 40 feet tall and 75 feet long and weighed 80 tons. These animals were so big they could eat up entire forests in days and drink rivers dry. Their nostrils were also located near the top of their head rather than in front of their face.

Brachiosaurus lived in herds and only the most desperate carnivores would ever try to attack one. Imagine a group of giraffes the size of a small apartment buildings walking through your yard. These things belong on Skull Island. 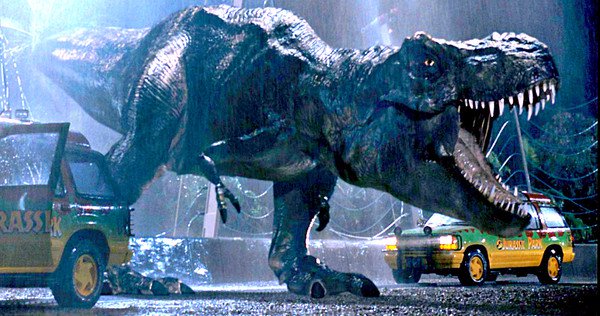 You’ve seen the movies and heard its roar. You know what the “king of the tyrant lizards” can do. The truth is, the T-Rex that lived 65 million years ago was even more terrifying than the one on screen.

Unlike the movie where we’re told T-Rex’s vision is based on movement, the dinosaur actually had excellent eye sight, so standing still would not save you. This two-storey, 40 foot, nine-ton monster had teeth the size of bananas and a bite that could crush bones like twigs. Despitethis awesome complement of weaponry, T-Rex was mainly a scavenger, feeding on large, dead animals. It only went after live prey when it had to. Nonetheless, I would not want to fight one. 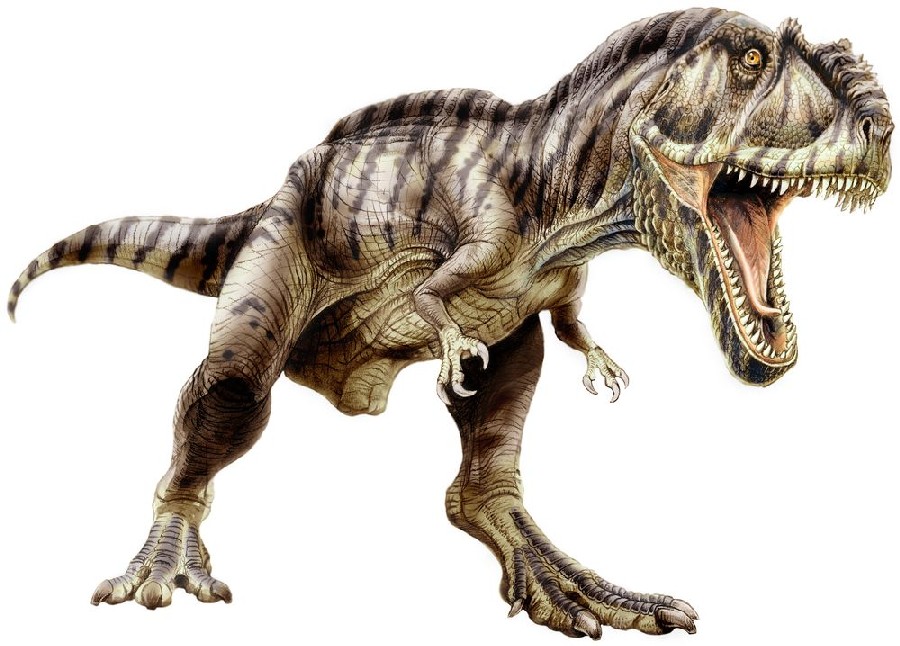 So, T-Rex was pretty god damn terrifying. What could be worse? What about an apex predator that was even larger and used it’s claws as well as its teeth to rip prey to shreds? Meet the giganatosaurus.

Giganatosaurus had a smaller head and lower bite force than T-rex, so this ten-ton beast would bite and slash at its prey with its claws to take chunks out of it, rather than one bone crushing bite. What really makes this thing scary is what it ate.

The giganatosaurus is believed to have hunted in packs of two or three and it preyed on long neck dinosaurs like the 50 ton Argentinasaurus. Its bones and leg structure also suggest it ran faster than T-Rex could too.

Sure, it doesn’t have the big bite, but a dinosaur that moves quicker, hunts in packs, and is bigger than T-Rex? Kill it with fire.