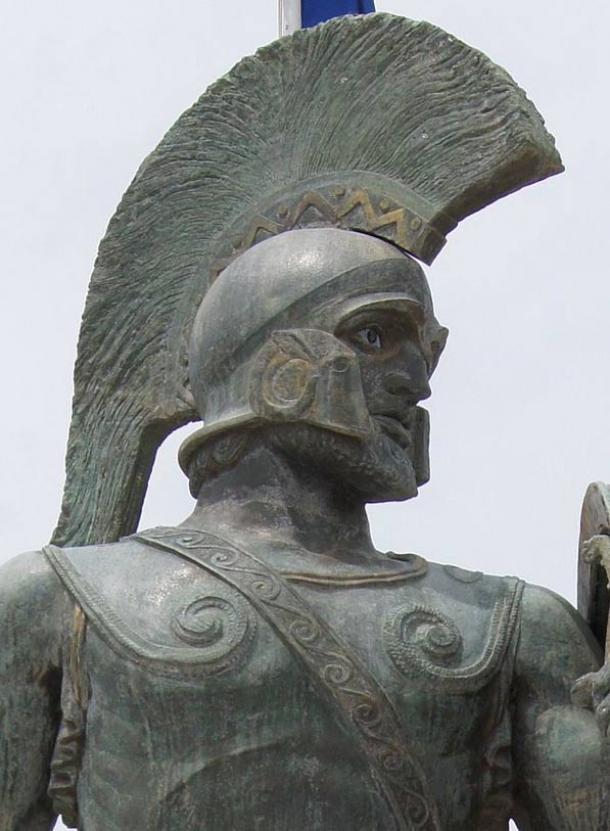 The great Spartan king needs little introduction to anyone who has seen the movie 300. Leonidas led 300 elite Spartan soldiers and 1600 other Greek troops in a suicide mission to delay the invading Persians at the Pass of Thermopylae. The Persian army under Xerxes was anywhere between 70,000 to 300,000 men. Leonidas inspired his men to hold off this overwhelming force for 3 days. All the Spartans were killed, but they took over 10,000 Persians with them. 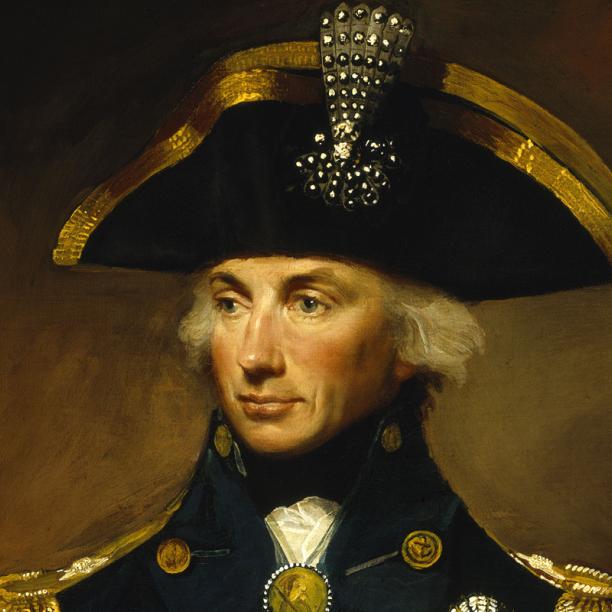 The only sailor on this list, Nelson was Napoleon’s most effective foe. Time and again he defeated the French navy. Known for leading from the front, and not giving up, Nelson, when told to retreat at the Battle of Copenhagen put a telescope to his blind eye and announced that he could see no signal ordering a retreat. He went on to fight the vastly superior Danish fleet to a standstill. Nelson’s end came during his greatest triumph. At the Battle of Trafalgar he crushed a superior French fleet in a daring action, but was struck down by a French sniper just at the moment of victory. 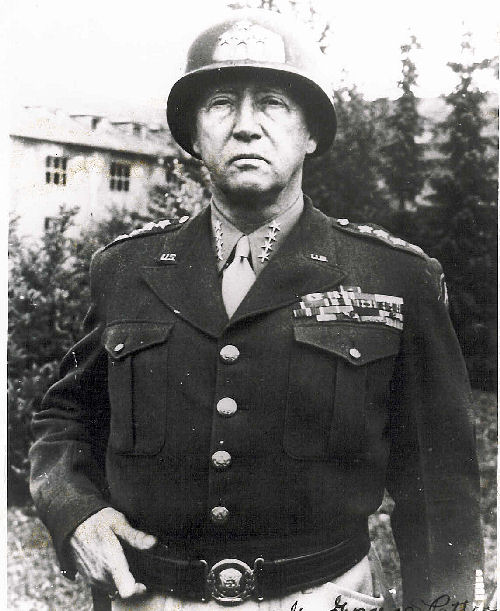 Known as ‘Old Blood and Guts’ Patton was the Allies best field commander during WWII. Always controversial and outspoken, no one could dispute that Patton got results. He was notoriously impatient with those senior to him, which led him to have many enemies on his own side, he nevertheless led brilliant and lightening campaigns in North Africa and Sicily. Such was his reputation that the German High Command feared Patton as a general more than any other figure on the Allies side. After D Day Patton led the US Third Army in an aggressive campaign across France and into Germany. He died from injuries sustained in a car crash in December 1945. 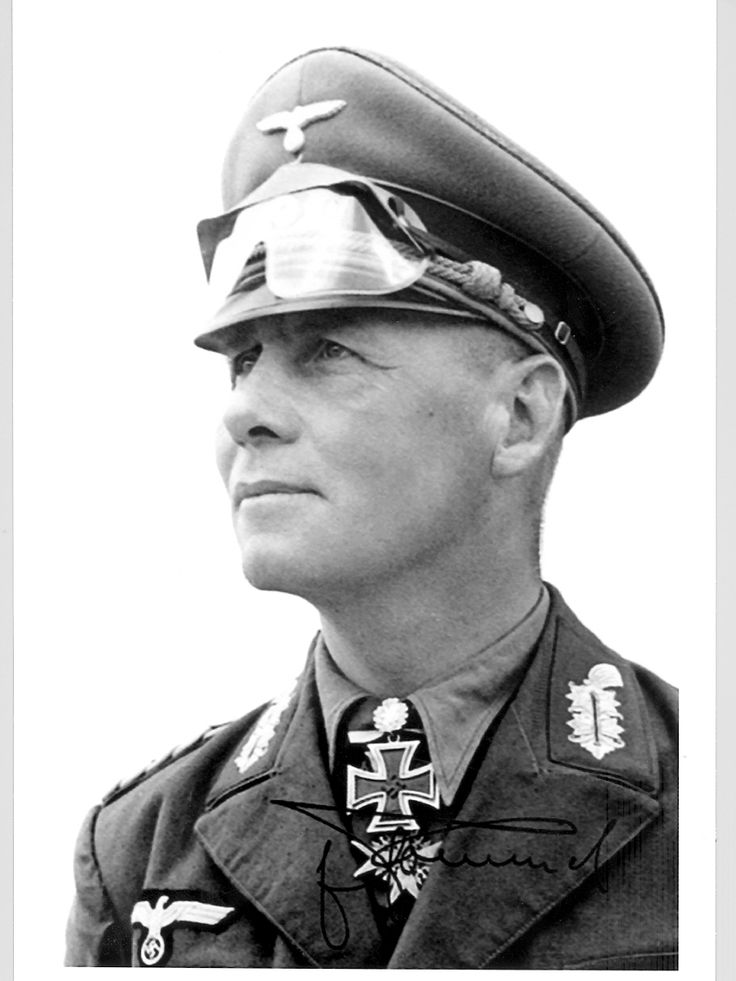 The Desert Fox was Hitler’s most brilliant general. A highly decorated veteran of WWI he masterminded the Panzer Blitzkrieg that saw France fall in a matter of 3 weeks in 1940. He then wrested control of North Africa from the British. Eventually he led the defence of France after D-Day. He believed that the Normandy landings were diversions and he hesitated committing his full force. This undoubtedly helped the Allies. After the July 1944 plot to assassinate Hitler failed, Rommel fell under suspicion of supporting the plotters, and he was ordered to commit suicide, which he did in October of that year.

6. Robert E. Lee (1807 – 1870)
At the beginning of the civil war, Lee had to decide whether to remain with the Union army in which he was a Colonel. He was offered by President Lincoln the command of the army protecting Washington, but felt unable to fight against his native Virginia. Lee, a brilliant battlefield tactician was appointed a full general in the Confederate Army and proceeded to mastermind and lead a brilliant campaign in Northern Virginia, winning smashing victories at Fredericksburg and Chancellorsville. His defeat at Gettysburg was the turning point of the war, and there followed an indecisive series of battles against the United States general Ulysses S Grant. Despite a late victories over Grant at Cold Harbour Fussell’s Mill in 1864, the Confederacy was collapsing about Lee and he was eventually forced to surrender to Grant at Appomattox in March 1865. 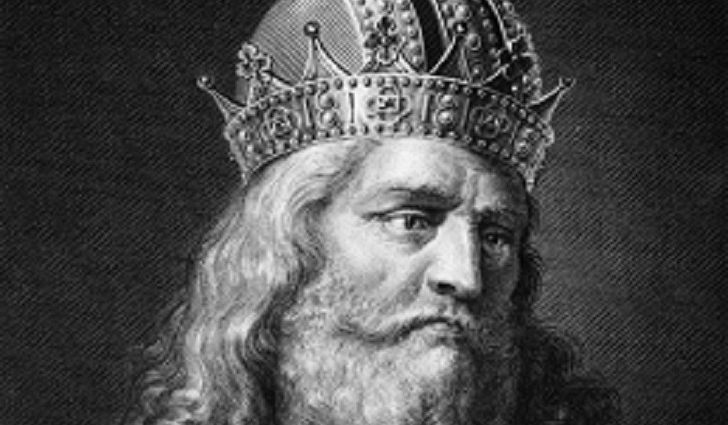 The first Holy Roman Emperor, and dubbed the father of modern Europe, the King of the Franks. On coming to power, he fought campaigns to unite the Germanic peoples, then the French, and then to protect the Papacy, including an incursion into Muslim Spain. He was proclaimed Roman Emperor in 800, and is credited with the survival of Christianity in the West. 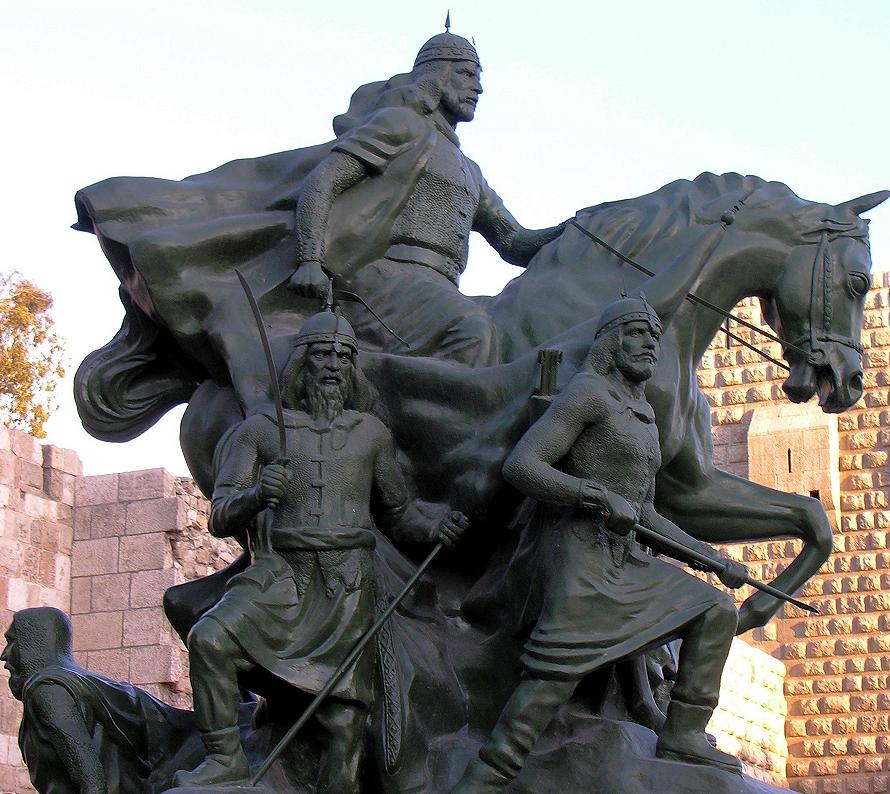 Saladin was a Kurd who through his military conquests became Sultan of Egypt, Syria, Upper Mesopotamia, the Hejaz, Yemen and other parts of North Africa. He led the Muslim armies in resisting the Crusaders, annihilating the European army at the Battle of Hattin in 1187. He went on to recapture Jerusalem. Following a campaign against Richard the Lionheart, the two men reached terms and established peace in the Holy Lands.

3. George Washington (1732 – 1799)
No introduction needed for this son of a Virginia planter who through his force of will kept the Revolutionary Army together in dark times until they defeated the powerful British army at Yorktown.

2. Alexander the Great (356BC – 323BC)
King of Macedon, and general of Greece, Alexander took the army he inherited from his father and forged an empire from Greece to India in about 13 years. He also defeated and conquered the hitherto invincible Persian Empire. He died in India at the height of his power. He was 32.

1. Napoleon (1769 – 1821)
The scourge of Europe started his career as an artillery commander, and went on to become Emperor of the French. He blazed across Europe winning wars and battles against the Russians, the Austro-Hungarian Empire, and the Prussians. His successful campaigns stretched from Western Europe to Egypt and he built up France from the chaos of the post-revolution to a great Empire in less than 20 years. After his defeat at the battle of Leipzig he was captured and exiled to the island of Elba. He escaped a year later and raised an army that once more powered its way across Europe. At Waterloo in 1815 Napoleon was eventually defeated by a superior force and his subsequent exile to remote St Helena would last the rest of his life.