There are two seasons where young women with more hormones than sense are guaranteed to flaunt what God gives those under 25: bodies unaffected by gravity. Those seasons are Halloween and Prom.

Prom used to be at least passingly chaste (in appearance) as it was often the first formal dance teenagers ever attend. Now with a formal event every other month from freshman year on, every girl who just turned 18 seems to want to do something extra special for senior year. And questionable clothing manufacturers are happy to provide.

I’m not sure that these qualify as special so much as cries for help, but young ladies who choose these outfits are certainly having none of their school’s dress code interfere with their Night Under the Stars, or the Sea, or to Remember, or whatever their theme is. 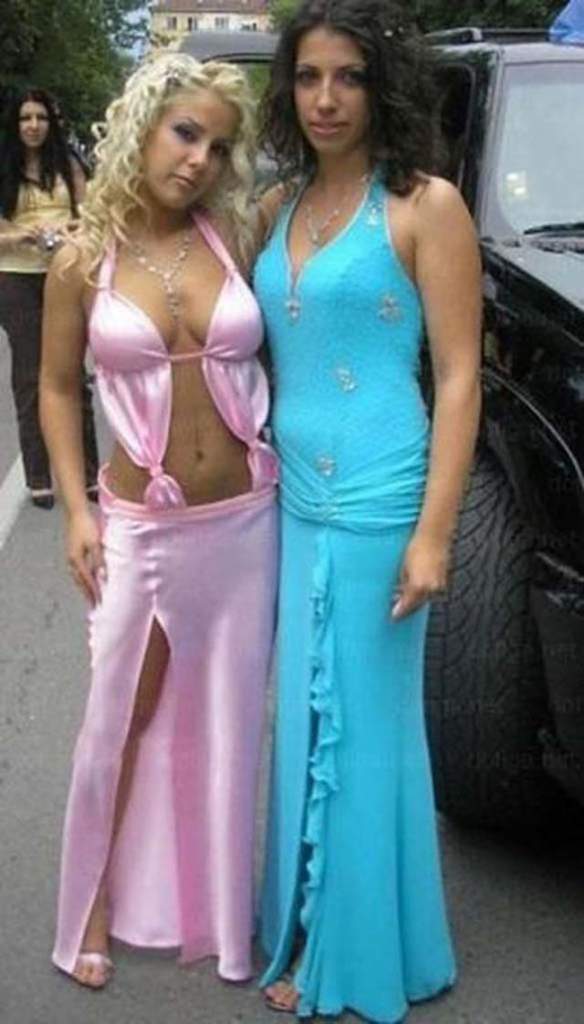 In order to sneak out of the house to attend prom, the young woman on your left knitted some pink satin bed sheets together. She then appears to have just worn that to the dance.

Even Tonya Harding wouldn’t have worn this to her prom. 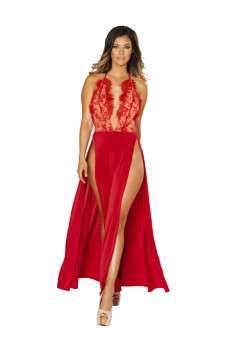 This is actually advertised as a bridesmaid’s gown, also. Is this wedding or prom at Vivid Video? This is the sort of nightwear a lady dons to put the spice back in her marriage. I can’t see a child exiting a limo in this. 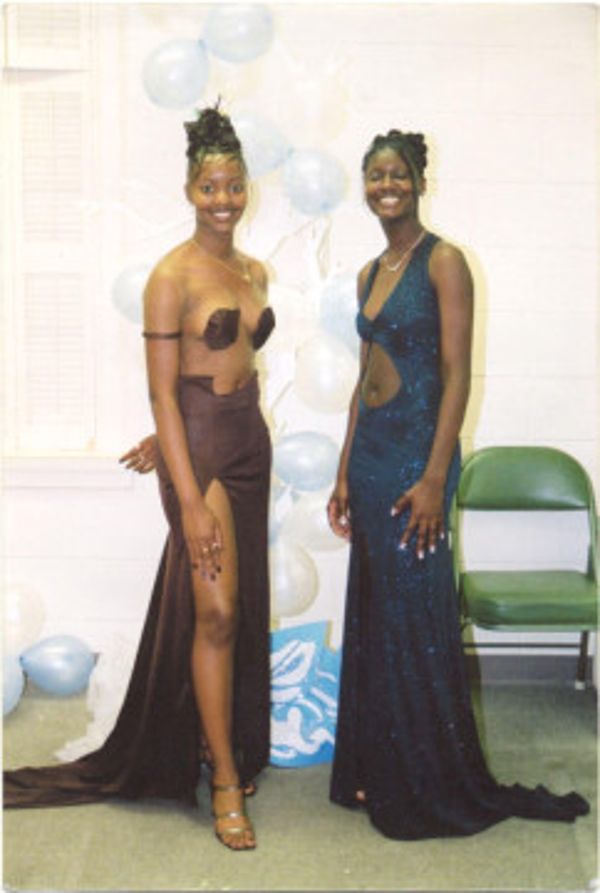 Maybe these two are mermaids that just grew legs for the night to dance with handsome princes. This is the only demure explanation I can come up with for these garments. 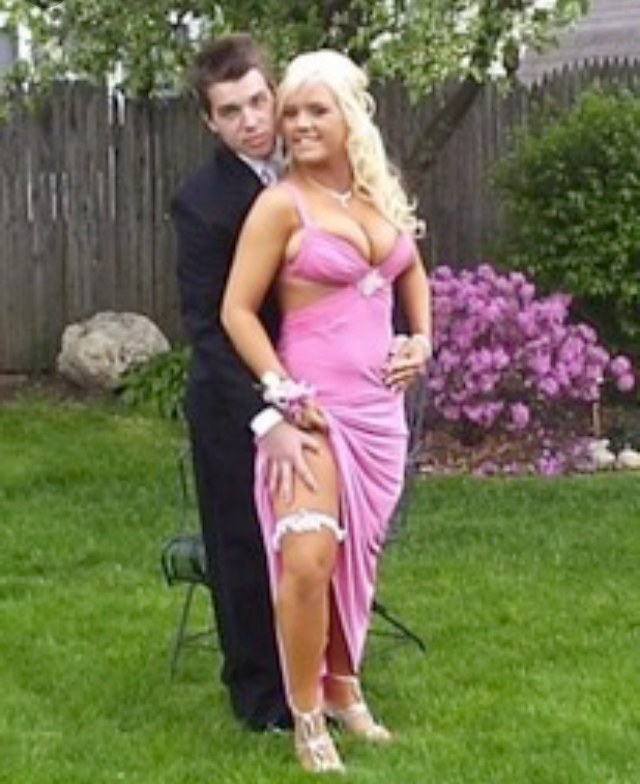 The dress alone is horrifying, but the pose with the date is barely safe for work, let alone prom. 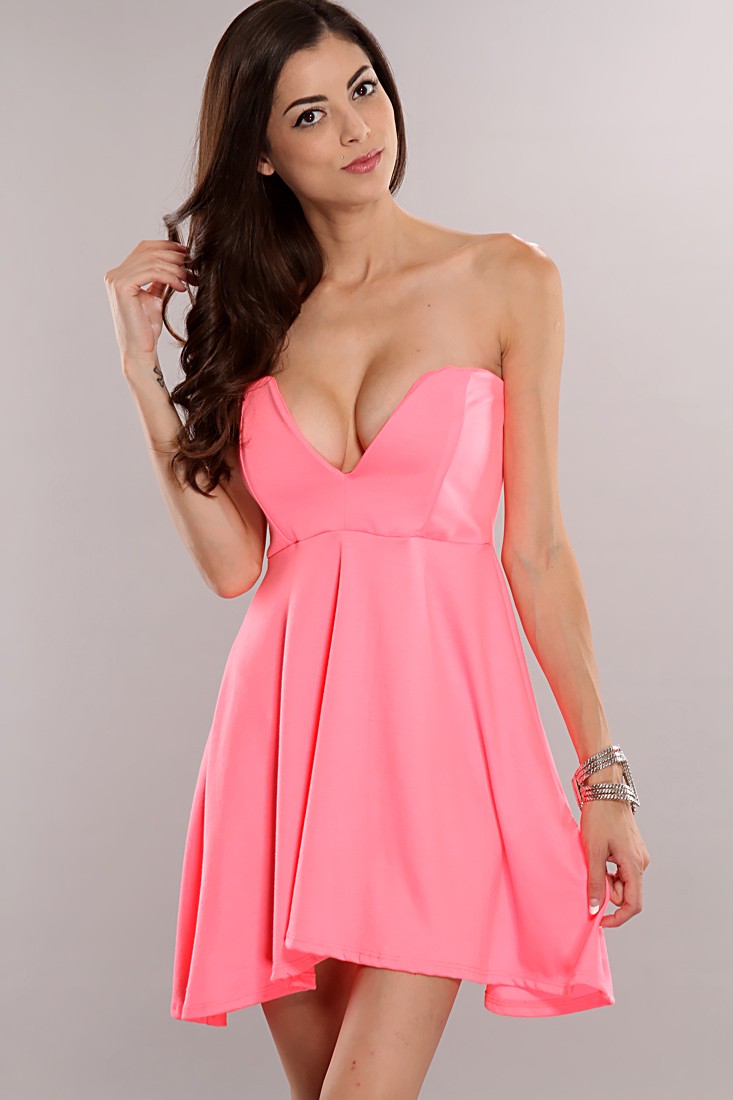 This is nearly almost sweet, except for the completely unreliable-looking neckline. 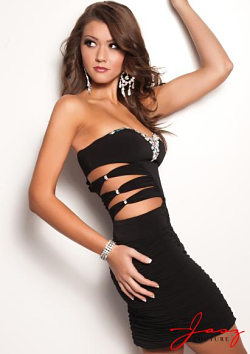 This is perfectly suitable, and in fact encouraged, if one is over 18 and starring in an ‘80s hair rock video. It might make your principal drop dead of a coronary, though, so choose wisely.

8. The lingerie prom…even this kid is judging. 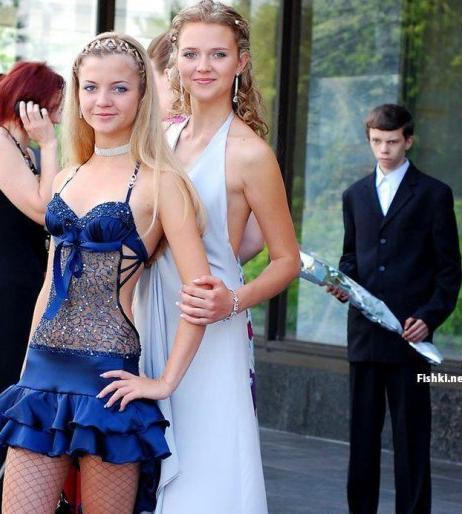 Pictures don’t tell the entire story; maybe a microsecond later, the kid in the back was all smiles. But in this instant, captured for all time on the Internet, it kind of looks like the moment he lost all respect for women. 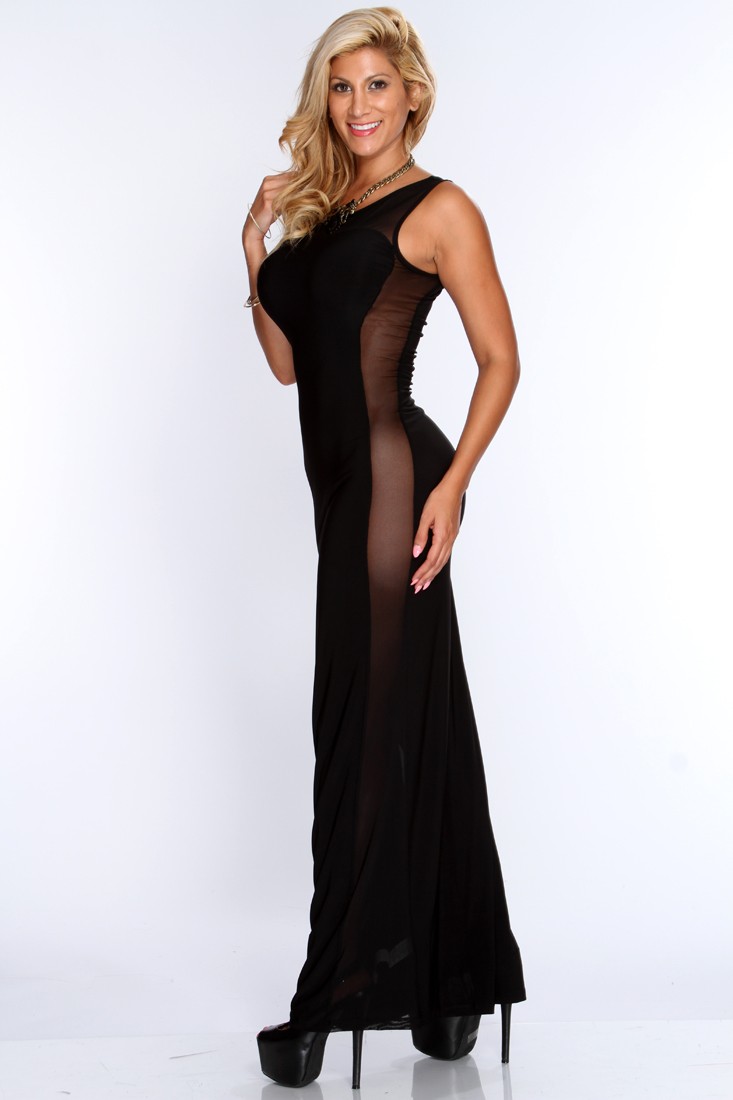 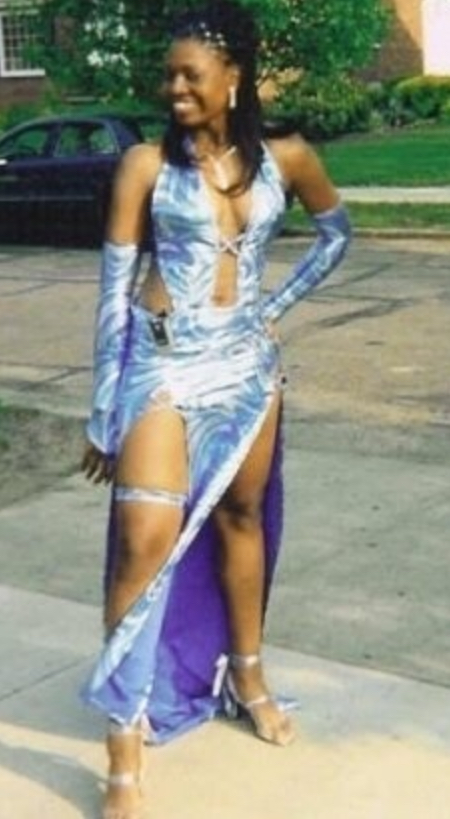 Confession: I actually kind of love of this because I fully expect her to have a sword strapped to her back. She looks ready to help He-Man defend Eternia. 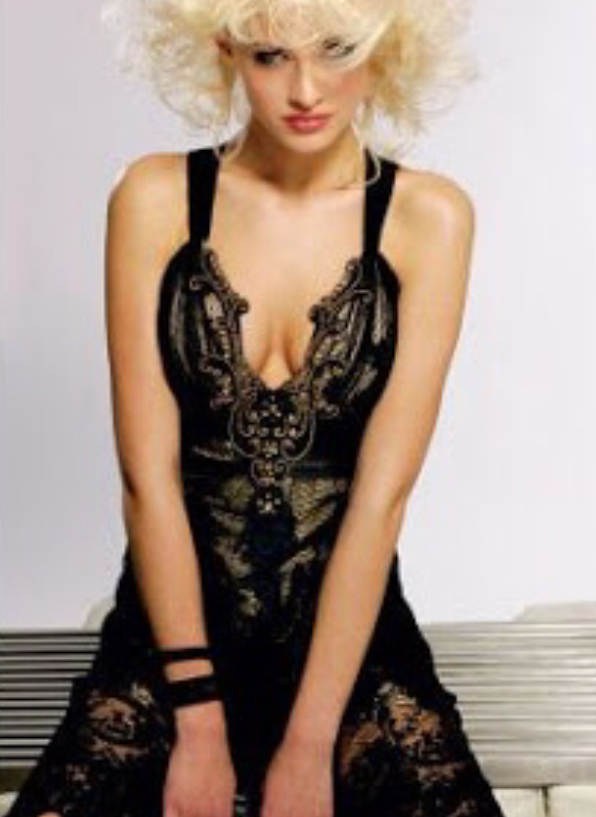 I wore something similar to this, but there were no cut outs with lace. I also had a sweetheart neckline instead of this plunging video-game warrior-princess situation.

I feel like this is what you wear when you love afternoon tea and Jane Austen, but also want your parents to simultaneously die of strokes. 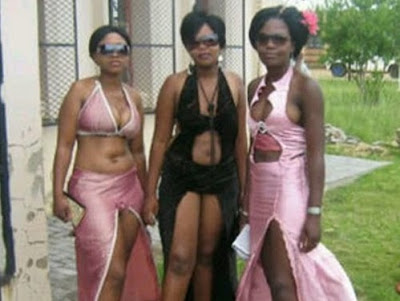 I can’t even snark on this. These are somebody’s daughters. Why was this allowed? This is Vegas pool party attire! 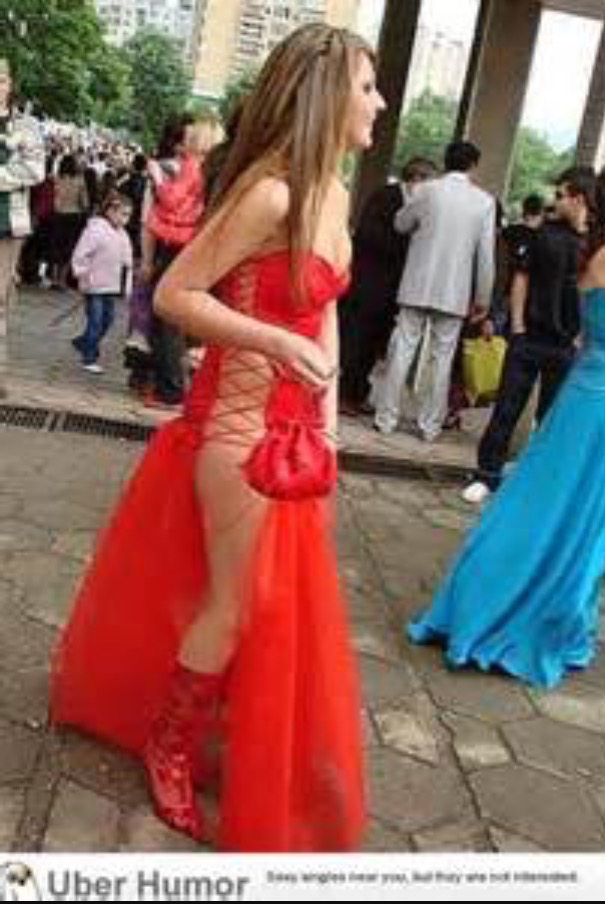 This young lady is apparently Russian, where it is okay to attend prom looking like you are going to a cosplay fetish ball. 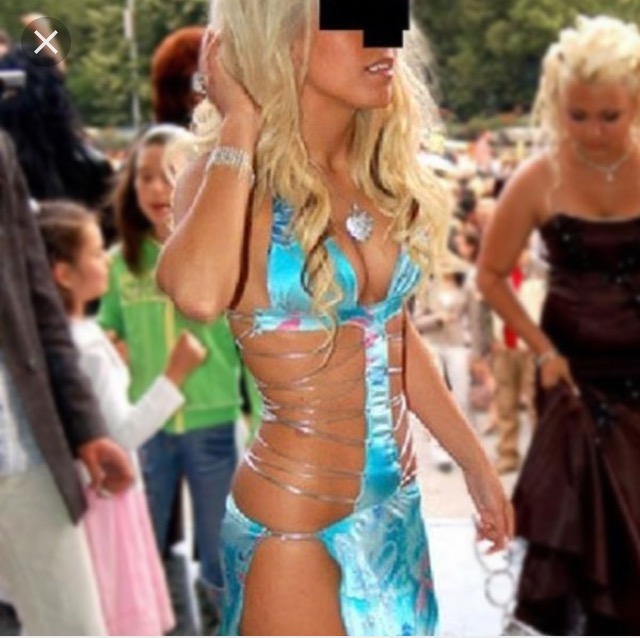 And to make things even more horrifying, there are small girls in the background. Thankfully, their attention seems to be diverted elsewhere, and not on this young woman’s remarkably even tan.