The second you dig an inch deep into stories like this, it brings up so many questions:

Jen Atkin shed 112 pounds – going from 247 pounds to 131 pounds in two years – to bag herself the title of Miss Great Britain.

Presenting to you the Inspirational Story Of 2020, a tale of determination, motivation, physical fitness, success, reaching your goals, and a big ol’ dumbass asshole boyfriend.

First of all, you’ve got to love the whole, “Wow, her ex-boyfriend was such a chump” for dumping her take on the story, except she wasn’t even remotely attractive when she was dating him. She was 112 pounds heavier. Guess what? Her new husband who’s now with “Miss Great Britain?” 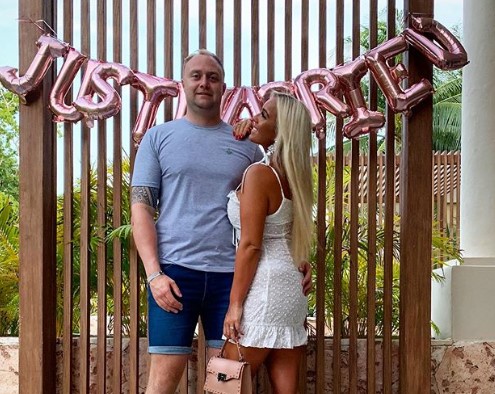 He wouldn’t be with her either if she was 112 pounds heavier.

Also, notice that she isn’t “paying it forward” by being with a guy who’s 100 pounds overweight. She’s dating a fit guy, who, I am guessing here, also probably has money. In other words, she’s just as looks-centered as her ex.

Additionally, there were a lot of stories about this on the web and most of them took the “revenge” angle on it. Of course, that creates a bit of a conundrum for the guy that was dating her in the first place as this guy in the comments section of the original article notes:

Let me get this straight you can’t tell your girlfriend she is too fat because you might break up and then she becomes a smokeshow? But if you don’t tell her, she’s forever fat. So it’s a no win scenario for you. So you might as well tell the truth and motivate her to be healthy.

That’s just it. When she was with the first guy (who was actually her fiance), she didn’t care if she was in shape, but to get “revenge” on him for dumping her, she was willing to lose weight? This is how people, women in particular, think all the time and it’s so irrational. She was willing to spend the rest of her life with him, but she wouldn’t cut weight to look good for him? It’s not even one of those cases where she really tried and couldn’t do it because as you can see, she was able to cut weight when she put the effort in.

I don’t dislike this woman or wish her ill. Anyone trying to better themselves deserves a pat on the back, so if anything, I applaud her for getting into great shape. But, she’s also not a victim. If she had cared about keeping her fiance enough, she’d have put in the effort to look good while they were together and she’d probably be married to him right now. But, she didn’t care enough about his happiness to do this while she was with him. So, was he really wrong to cut her loose?